The last time Dr J and I had gone on our duo overnight London to Brighton was back in August 2019, so this was long overdue. With the forecast set for near perfect weather conditions this was something very much to look forward to in the days leading up to it.

Perhaps foolishly I needed to cycle 18 miles to the start near the the National Theatre and the foolish part was leaving later than I would have liked and subsequently having to turn the pedals at a pace in order to get to the start at the allotted time of 22:00.

I had toyed with the notion of taking the Flame Lacquer with me but couldn't resist the draw of the pure orange, so opted for my Orange, Black Special Edition. 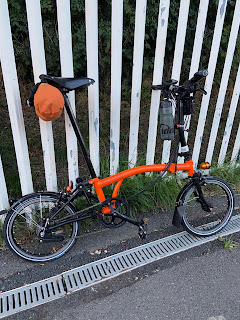 When I arrived in central London things were busy to say the least, perhaps because it was such a lovely night. Arriving at the South Bank and the National Theatre, there were hundred of people all around and any form of social distancing was not on their minds. Seeing Dr J I said hello said let's go and that I would meet him at the bottom of the road running parallel to it.

After a few minutes tying to get the route loaded on the Wahoo - which I had not done earlier - shortly after 22:00 we were off on another nocturnal adventure.

I had proposed the earlier start time for several reasons. I knew that Dr J had been a little reticent about traveling on public transport and felt that this 40ish minute train journey into London would be less busy earlier. In addition by leaving almost two hours earlier than usual for this ride (which is normally midnight) when we arrived at Brighton, the trains would surely be empty.

At the traffic lights opposite the Old Vic Theatre, I rushed to take a photo. I need not have been in haste as the lights must have taken a good five-minutes to change!

Pressing on, we cycled purposefully to get past Oval and Clapham as we knew the area to would busy - it was - and the left turn into more residential streets would be a great deal quieter and the pace could lessen. 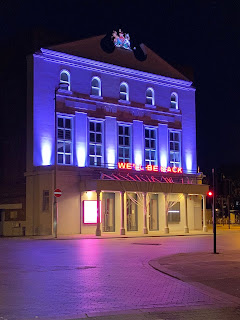 As always Dr J was excellent company. It was lovely to catch up and we kept each other entertained throughout the entire journey.

The cattle grid at Farthing Downs in Coulsdon was again a welcome sight as it marked the turning point from urban to more rural. We stopped at the top and took in views of Croydon down below. 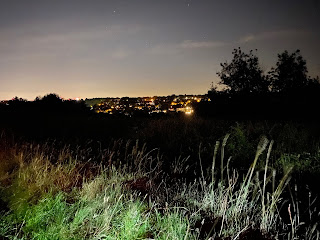 I had taken my Lezyne 1800i Mega Drive front light and the 'Enduro' setting pumped out a serious amount of light for the entire ride. I was rather impressed. 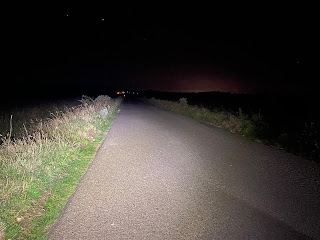 While at the top we had a snack and some fluids and that done we pressed on towards our halfway stop.

We made excellent time and the miles started flying by. Along the way we spotted lots of wildlife. Foxes, rabbits, bats, heard owls hooting in nearby trees and the highlight a very large deer that darted across the road. 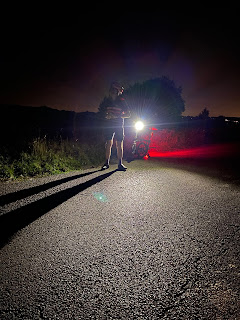 Our previous halfway stop arrived at about 29-30 miles. This has evolved from standing outside the scout hut in Burstow to a 24-hour petrol station. The latter now sadly closed at 23:00 but the ever resourceful Dr J found that there was an alternative not too far away that would be open at 02:00 in the a.m.

This place was an oasis! I bought a Magnum lolly, a bottle of water to top my main bottle up and a cup of tea. The Magnum was divine and the sandwiches I had brought washed down with a hot drink was the icing on the cake.  We retired to a seating area and there we recharged the batteries for a short while.

Setting off I instantly felt the cold and considered putting on the boil in the bag jacket I had brought with me. Deciding against this we pressed on and within a minute felt fine again. 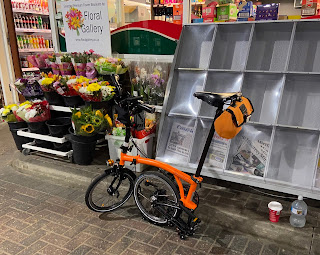 Ditchling Beacon really did appear quite suddenly - possibly because we were chatting away - and at the base we stopped for our customary regrouping and powdering of noses. 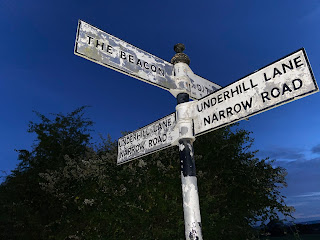 It was just after 04:00 in the a.m. and we saw a roadie flying down the Beacon only to cycle up it again. He must have done this 2 or 3 times while we were making our ascent.

Dr J and I rode together and chatted as we cycled up. This took my mind off proceedings and it was a bit of a shock when we reached the traditional stopping point at the top. We had done it and the Beacon was conquered again. 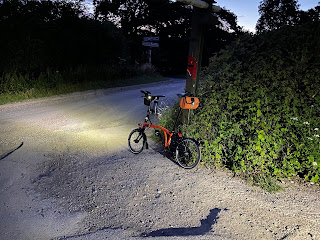 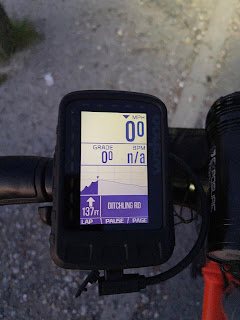 The views at the top were stunning and with the sun rising it was a beautiful sight. We had the top of the Beacon to ourselves for quite some time before a bemused dog walker, parked up their car in the car park opposite where we (I) had been taking lots of photos. 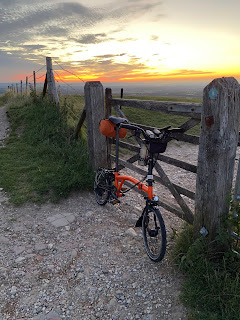 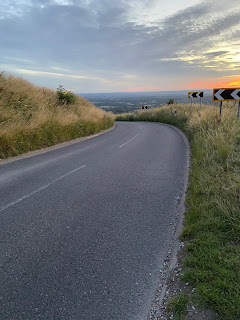 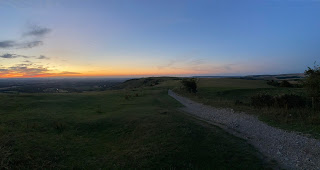 The next few miles into Brighton were lovely. More or less downhill the entire way we could freewheel for much of it.

My plan to get to the station early had been realised and with our train at 05:25 a.m. there seemed to be few people on the platform and even fewer on the train. For the entire journey into London there could not have been more than 12 people.

Roughly one hour and 15 minutes later I we arrived at Farringdon where I got off and said my goodbyes to Dr J. My journey home there after was quick to say the least and I was opening the door not that long after 07:20. 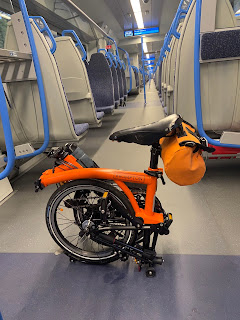 We cycled 58 miles and despite not having too many longer rides under my belt for 2020 I felt fine. After some breakfast and a shower I retired for a few hours sleep and feel pretty good as I type this.

As always, many thanks to Dr J for his company and being a little unhinged like myself to think that this is all great fun. I suspect that we will be going on many more nocturnal adventures in the not too distant future as well as some day rides too. I am sure that Brighton will feature as a location but I am sure other coastal routes from the past might have to be done too. 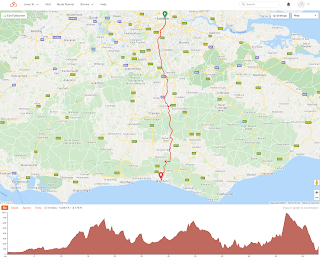