Setting out early this morning I cycled through part of Hyde Park, past Buckingham Palace and onwards towards St. Paul's Cathedral. From there I crossed my favourite bridge spanning the Thames - the Millennium Foot bridge. 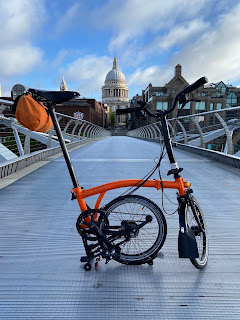 Naturally I had to take quite a few photos and by the look on their faces bemused joggers just couldn't quite comprehend the notion of taking a photo of a bicycle and not just the view. What do they know! 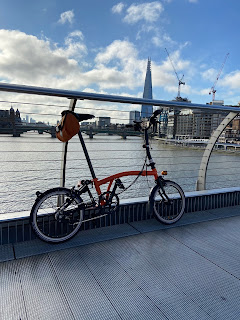 The picture below has been done to death by many an amateur photographer and it is the spot where tripods are set up to capture all sorts. 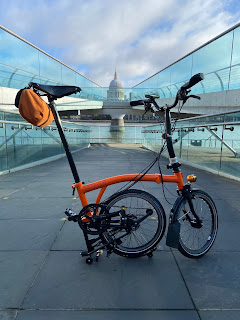 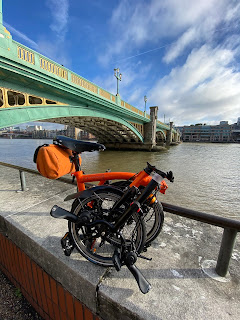 I had much of the first part of my route to myself and didn't really see anyone at all. Heading towards Tower Bridge things were even quieter. There were not the usual tourists taking photos or selfies and the number of cars heading back and forth across the bridge were few and far between. 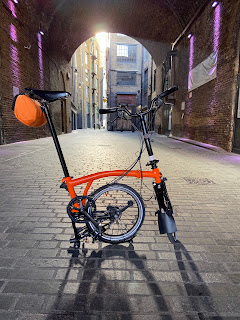 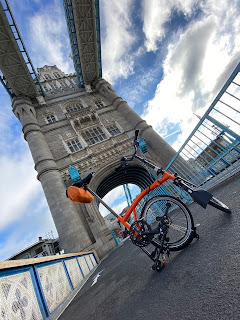 I stuck to the Thames Path for the first half an arrived at the foot tunnel entrance which allows you descend down and walk underneath it. 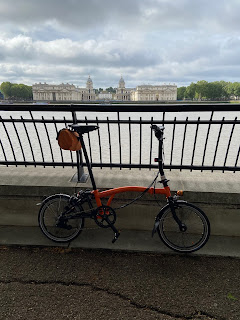 The lift on the north side of the tunnel was not working but I hardly ever use it on this side anyway. I walked along the tunnel and it was rather disconcerting as there was no-one ahead. Stopping to take a photo, some rather tolerant tourists - who unbeknownst to me were standing behind me - waited while I took this photo.

At the lift on the south side - which again I didn't use - there was a little unpleasantness. A cyclist who shot past me as I neared the lift entrance shouted out to the person in the lift to hold the door. He didn't and the lift rose upwards.  The cyclists raced up the stairs swearing his head off with me following. When I reached the top I could hear raised voices as the pair of them shouted obscenities at  each other. All very unnecessary I'm sure! 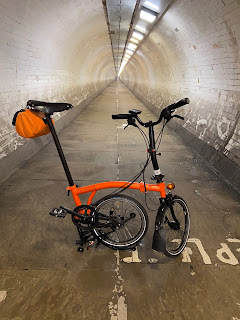 Pressing on I stopped to take a photo where I have done many times of the Canary Wharf skyline. It really has changed over the years and is evolving. New building seem to go up all the time. 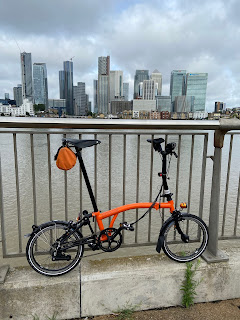 Reaching the O2 Arena I headed back but decided to let the Wahoo decide the route back for me. It chose - as always - a great one that was on quiet roads and totally different to the one I had just taken. I think I would use it again. In all I cycled a little shy of 20 miles. 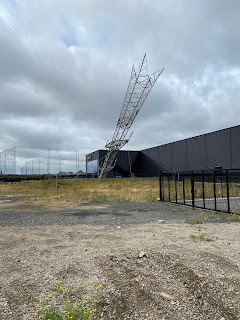