After a rather long  week at work I was looking forward to the prospect of not only a good cycle but also a Friday night ride. This one wasn't to the coast as it normally is but London - Windsor - London.

I decided to cycle the 15 or so miles needed to get me to the start point mainly as I had the notion that I might be able to clock up - in total - my first 100 miles since the Dunwich Dynamo last year. I decided to take my Orange Flame Lacquer with me as it is normally resigned to commuting duties and I felt it only fair to take it on one of these rides.

The previous week had seen lots of rain, lower temperatures and Friday marked a slight turning point in the weather. It was a dry night, only a slight breeze and temperatures pretty much what you would want them to be.

When I arrived at Queen Elizabeth Gate I stopped to take a photo. There weren't actually that many people around but me stopping to do this prompted a lady to take a selfie off herself standing in front of it. 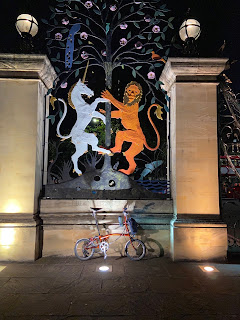 I got to the meeting point just after 23:30 and I didn't have to wait too long before the other participants and ride leader, Bob to turn up. As per current restrictions we had 6 participants. Five of us were regulars of the Friday night rides and the other was fellow Bromptonian, Daniel who I have not seen in ages! (He was on a rather lovely set of big wheels this this one). 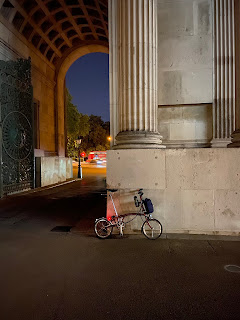 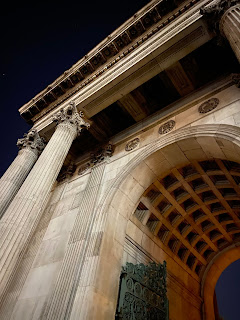 At three minutes past midnight we were off. There wasn't a huge amount of traffic and heading west we soon reached Hammersmith and its rather lovely bridge which we cycled over. The bridge was closed to road traffic and had fencing all along its length however it did not detract from this being a great bridge. 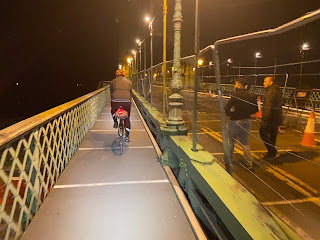 The next few miles flew by and I caught up with what Bob had been up to. We passed by Barnes, Twickenham and Eton. On Eton's main high street we stopped briefly for a few photo opportunities. I think I have written before that I am not a fan of Eton. Yes it has that ghastly school and I suppose it is the real deal but the pretentiousness of the shops, cafes etc.., nearby are breathtaking. For me the olde worlde nature of the place is paralleled with a 'kiss me quick' hat from Blackpool. 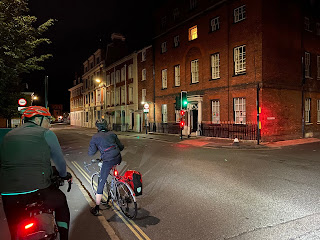 Not far away we arrived at Windsor. Crossing the bridge over the Thames - which Daniel pointed out we might have also done on the 'St. Crispin's Day' ride we stumbled upon an oasis open at 03:00 in the a.m. 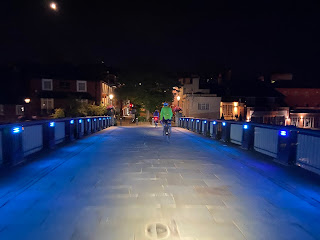 'Castle Kebab and Grill' had the takeaway orders lined up and our ride leader took full advantage of purchasing a takeaway cheeseburger and chips for the princely sum of £5. 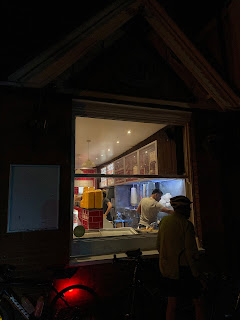 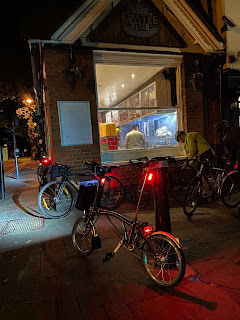 To eat our halfway snacks we cycled to the old railway station opposite the Castle and found a seated area that was empty along with the rest of the area. 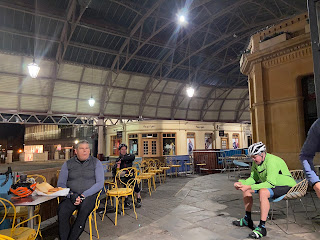 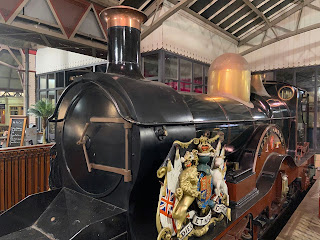 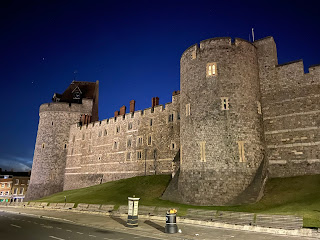 Suitably refreshed I nipped out to take some photos of the castle. The original castle was build in the 11th Century after William the Conqueror invaded and...conquered! It has been used by the royal family ever since and is the oldest occupied royal residence in the world. 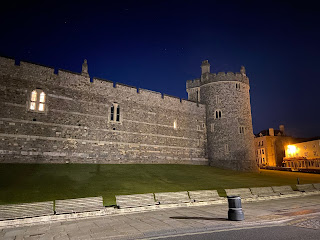 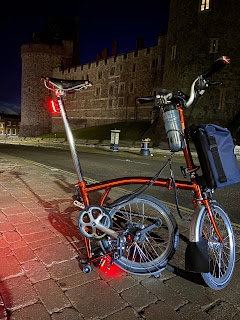 Part of our journey took us into Windsor Great Park. I thought that this would be all closed off but the gate was open and we sidled through. Cycling through at night was lovely and with our first exit well and truly shut we turned around and headed for the next which thankfully was open. 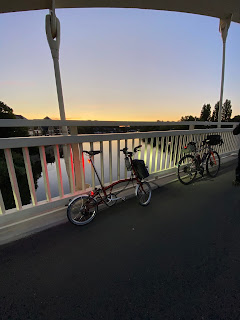 Passing Egham we pressed on to Walton on Thames and moved from the road to riverside cycle path. Dawn was upon us and despite not heading towards the coast, the ride had the same vibe: I felt a little colder after the halfway stop and there were stretches where we just cycled along with the only sounds being birds singing and the noise our bicycles made. These times allowed - to use common parlance - headspace and I used the time to plan a few things for the coming weeks. 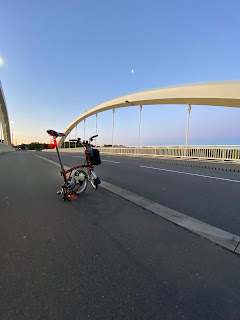 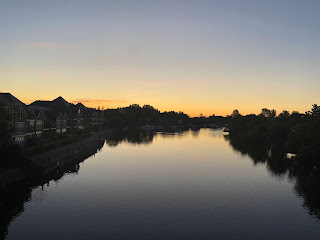 The last few miles were off-road on riverside paths and there had been many improvements to the the surface from when I was last that way. 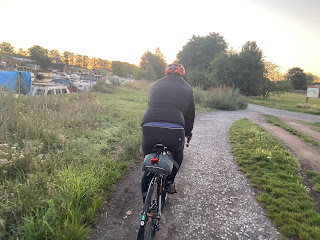 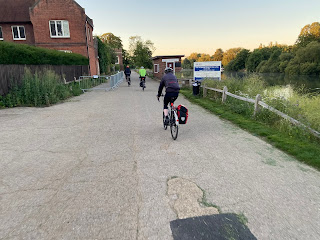 At Teddington we stopped for some more photo opportunities and our ride leader Bob was taking as many photos as I was! 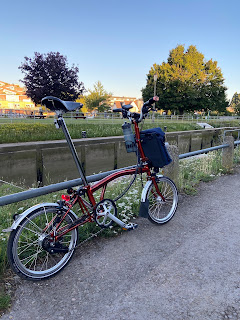 At Richmond I had cycled 56 miles from Hyde Park Corner and with a few more miles to get me home I decided to call it day rather than head back into London. These miles I took at a slower pace, manly as my legs were telling me to take things at a slower pace!! Plans for the 100 miles would have to wait. 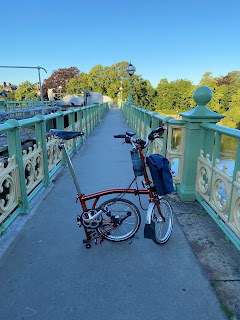 All in all I cycled 85 miles. It has been a long time since I have cycled as far. My legs did not have 100 miles in them today but I am still rather pleased at having clocked this up. This was a great adventure and I thank Bob for putting the ride out there. Also thanks to the other participants.

As I type this I have had a warm and cold shower, some food a few hours sleep and feel rather good. The 'C' word has obliterated the cycling calendar and I suspect the rest of 2020 will be much the same. As long as we are allowed to venture out like this either individually or on small groups, it will keep me happy. I am as always left with the thought...when is the next ride?!