Lowther Lodge, more commonly known as the headquarters of the Royal Geographical Society has been one of my favourite places in London for as long as I can remember. As I small child I can remember walking past catching sight of the statues of Shackleton and Livingstone and having the names and exploits of other Gold Medal winners: Sir Ranulph Fiennes, Sir Wilfred Thesiger and Sir Captain Richard Burton in my head as I made up my own adventures when walking through Hyde Park across the road. Today when I thought of where my daily adventure could take me I decided to pay a visit to the last person I listed.

Captain Sir Richard Francis Burton was a quite a character and I think a hard person to get on with. He was one of those people who found picking up languages easy and spoke 26 of them or getting on for 40 if you count different dialects.

Although I don't necessarily approve, he is famed for going on Hajj to Mecca - and then writing about his experiences - in disguise at a time when he could have been put to death if he had of been found to be an imposter. 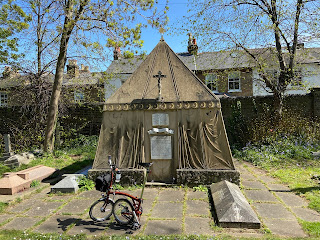 His tomb is in the cemetery of St Mary Magdalen Roman Catholic Church in Mortlake and it is rather special. The tomb is in the shape of a Bedouin tent, designed by his wife. 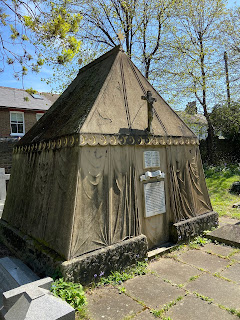 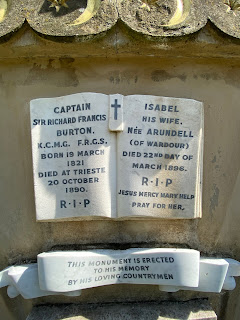 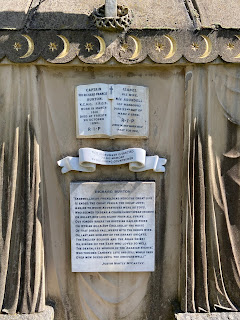 As if to acknowledge the curiosity of an explorer a glass window and ladder to reach it allow visitors to get a rare look inside a Victorian tomb. 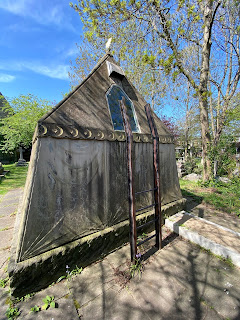 The coffins of Sir Francis (right) and his wife Lady Burton (left) can be seen along with camel bells and religious symbols. 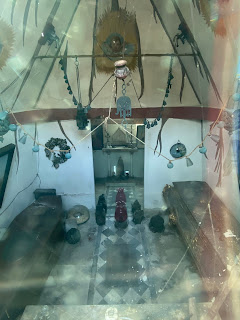 If my memory serves me there was a Brompton Club ride, that sadly I could not attend, several years ago in which possibly 15 or so Brompton riders descended on the tomb as it was on the way to somewhere else they were heading for. I remember then wishing that I had been able to go and happy that I now have. 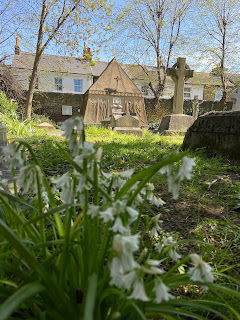 If you ever get the chance to pay this a visit it is well worth it as both the tomb and its occupants were certainly unique.