For my daily exercise I decided to head into London. This was only a few more miles to get there and I knew that if I cycled at a purposeful pace I would easily stick to the current guidance.

Cycling through Hyde Park was quite busy. I had set off early and but there were loads of people out and about -  cyclists, walkers, skaters, skateboarders, joggers, dog walkers and that strange group of people that just don't seem to be doing anything at all.

However, I reached a very quite Westminster and when I got to the London Eye the entire area, normally quite busy even early on a Sunday, was deserted. 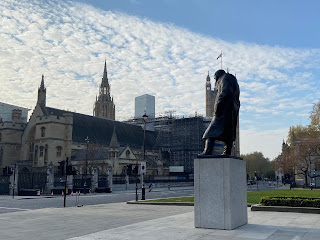 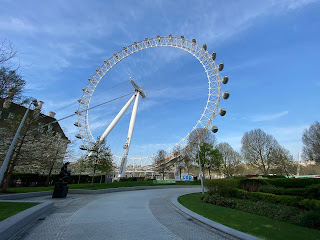 The meet point for the night rides to the coast near the National Theatre was tapped off as were the wooden benches adjacent to the river. I fancy I could almost hear the sound of about 50 riders clicking into their pedals. 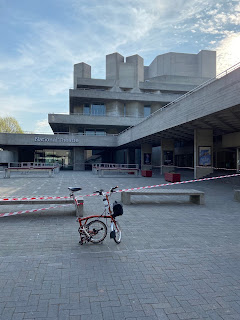 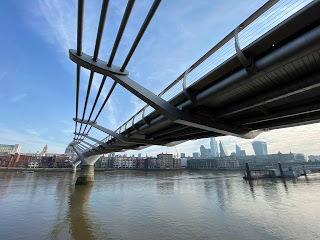 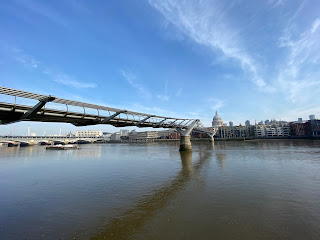 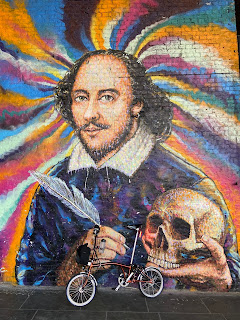 I headed east and the further I got the fewer people I saw. Lockdown certainly seems to be doing its job. 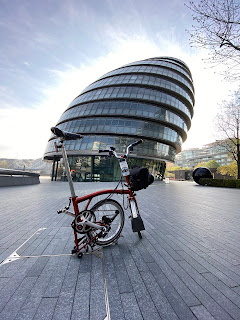 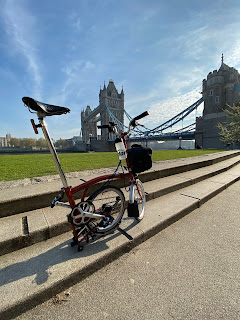 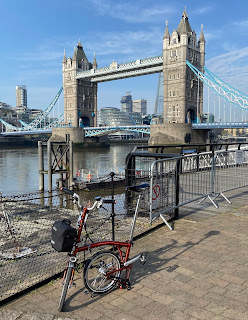 Since I was there last one of the bascule bridges at Shadwell Basin had been on the receiving end of a lick of paint and resplendent it was too. 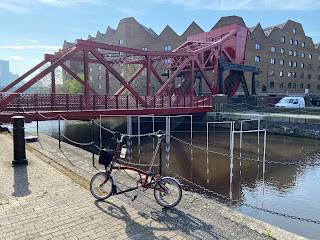 These bridges were installed as they could be raised entirely at a pivot point allowing taller ships to pass by. These bridges are no longer operational, with the weight in the counter balance long removed. Of all the bridges in London, it is the few remaining bascule bridges that are my favourites. 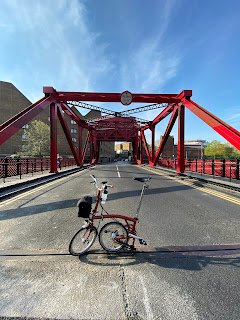 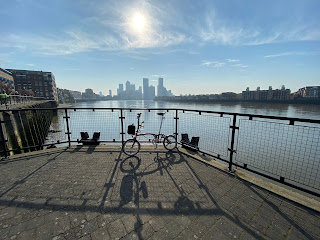 When heading back I went through London's East End and more specifically Whitechapel and Spitalfields. The former Truman Brewery building has a large clock on the other side of this photo. At the inquest to the murder of Annie Chapman, Elizabeth Long was a witness. On the morning of 1888 at about 05:30 a.m. Elizabeth Long was on her way to Spitalfields Market and saw the deceased and a man chatting outside a house - the man had his back to her. When questioned about the time, Elizabeth referred to the Truman Brewery clock which had struck the half-hour when she passed by. Could Elizabeth Long have seen the infamous, Jack the Ripper? 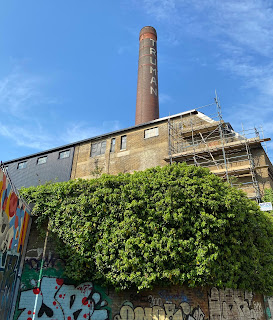 In all I cycled a brisk 16 and a half miles in glorious weather. As I type this there is a thunder storm raging outside so I picked a good time!

Be safe out there people!! 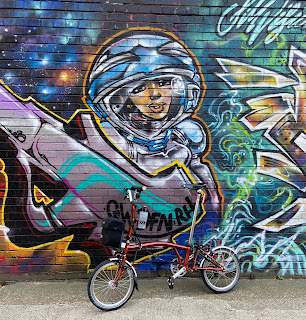