I have got it all wrong with Brompton!!

Over the last few years I have bemoaned the steady release from Brompton of various 'Special Editions' despite the fact I have one - in the form of an Orange, Black Special Edition! I have even gone as far as mention the fact that Brompton has not embraced innovations like disc brakes for example. When I write a blog entry I normally make a few notes on paper beforehand using one of my favourite fountain pens - a Montblanc 149 - and it was when I looked down at this very pen, I knew I had got it all wrong with Brompton.

The '149' is pretty much the most iconic pen Montblanc make bar none. Introduced almost 70 years ago there have been almost no changes to its classic looks. It is a large pen with a large gold nib and for decades this classic black and gold pen has been instantly recognisable.

Not that long ago Montblanc released a Platinum Line version where the gold bits were replaced with a platinum coating. It was this pen that I was using when it dawned on me I had got it all wrong.


The only real thing Montblanc can do to make their pens slightly different is to offer them in slightly different colours.  Some of these are 'Special Editions' only available for a limited period of time. Do you see where I am going with this?

The '149' is a design classic from an iconic brand. It is a pen design that doesn't really need fixing. There are dozens of pens that have the look of the '149' mainly for the fact, that for many, it is bordering on perfection. Could the same be said of the Brompton? 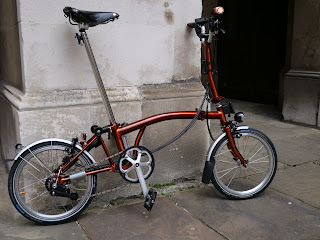 Well, this argument is strong. The Brompton has become over the years an icon in terms of design and the ways it looks. Like the '149' it has been tweaked a little here and there but the original concept still plays a huge part.

The Brompton is recognisable by many and when out on a group ride with a bunch of other people on their Brompton bikes, I have heard pedestrians say, 'look at all those Brompton bikes!' I have never heard the same said of people on Trek, Specialized, Canyon, or Colnago bicycles!

When out on one of my Brompton bicycles whether it be for my daily commute, Friday night adventure or clocking up some serious miles I do not think to myself that I wish I had disc brakes, more gears... I don't. I just happily cycle along knowing that when I reach the train back to London from a night ride to the coast, I love the convenience of being able to fold and carry on.

Like the '149' what could Brompton do to make their bicycle better for me personally? It is a question that if I really give some pause for thought I come up with very little. 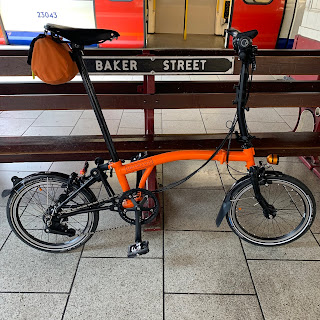 So, I have to admit - for me at least - I think I have got it all wrong with Brompton.  Bring out all the  'Special Editions' you like. You won't find me questioning it again!

Stay safe out there people! 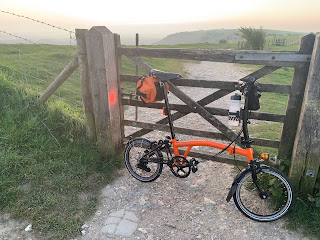