Today I was up early and off for a Brompton ride in London. Cycling through Hyde Park there were loads of people out and about and quite a few on Brompton bicycles.

My first stop was to take a picture of the Millennium footbridge as it makes its way to St Pauls' Cathedral in the distance. 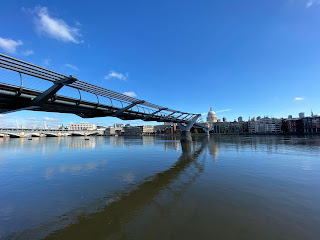 The Shard is the tallest building in the UK and I have to say I am not a fan. I cannot out my finger on it but it just isn't for me. I also think that it looks better from a distance than close-up. 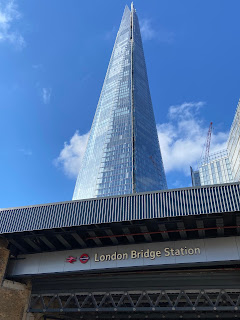 Tower Bridge I do like. Built between the years 1886 and 1894 I suppose it is one of the many iconic buildings that make the London skyline. 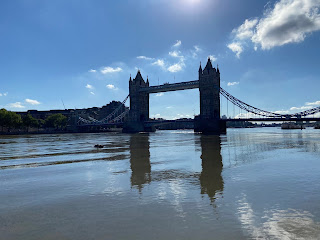 At the same spot I took the photo of Tower Bridge I turned to my left to take a photo of the buildings that are very much in the City of London.  Sadly, from some vantage points a few the buildings are now obscured. 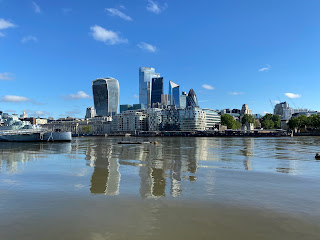 Later on my ride took me over Tower Bridge but before I did this I took a few more photos where you get little glimpses of it through gaps in buildings. 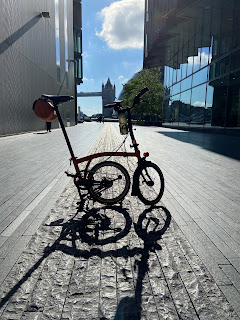 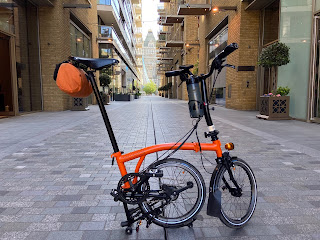 The bascule bridge at St Katherine's Docks was actually being opened when I got there - a first for me - so I stopped for a few moments to take some pictures. I imagine that one of the boats was on the move and off somewhere else. 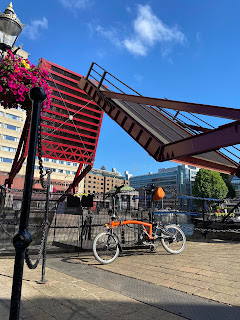 As I cycled east over the many cobbled streets of Wapping I arrived at an historic pub called 'The Prospect of Whitby.' Adjacent to it is a narrow passage that leads to the foreshore of the river Thames. It was more than a little atmospheric and I cannot imagine me wanting head down that way after dark!! 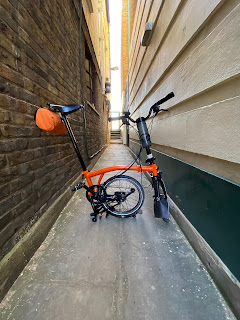 It claims to the the oldest riverside pub, going back to the 1520s. There is a replica gallows and noose that can be seen hanging. This is because in the 17th Century the infamous Judge Jefferys lived nearby and the noose is there to pay homage to his custom. 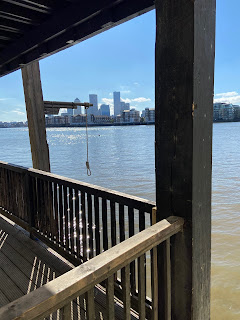 The execution dock for pirates was not far away - Wapping Old Stairs. There they would be hung and left there until three tides had washed over them! 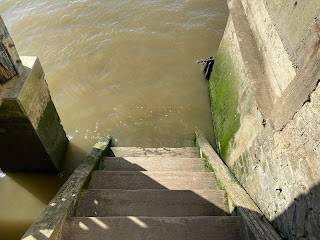 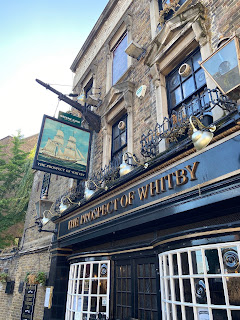 Almost in front of me as I cycled east a bascule bridge was quite resplendent in its new lick of paint. These are more for show now as the mechanisms that worked them are long gone. I do like them and glad they are being cared for. 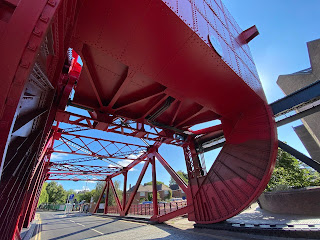 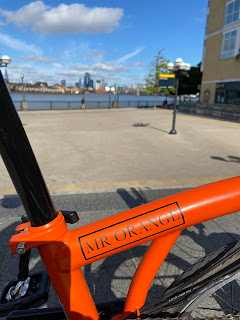 At Canary Wharf I always take a photo my my Brompton in this spot as for some reason it always reminds me of 'Star Wars.' 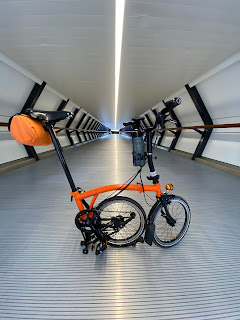 Canary Wharf was a ghost town and the only other people I saw were the many security guards with not a great deal to do. 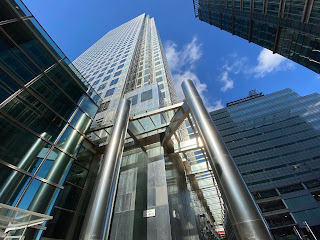 The 'Traffic Light Tree' by the French sculptor Pierre Vivant always brings a smile to my face and I never tire of it. The lights randomly go on and off and in my opinion the whole things looks even better at dawn/dusk. 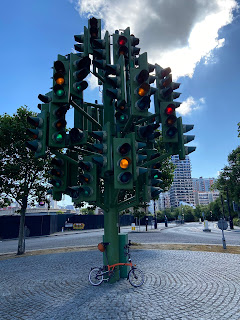 My ride today was 18.5 miles and I enjoyed stopping and taking the odd photo. The thing I have found about owning a Brompton is that you usually stop when you see something that would make a great photo...and then place your Brompton in front of it!! Are you like that? Please let me know.