The 'C' word had quite literally obliterated cycling plans for the first half of 2020. Ride after ride was cancelled and although there is some light at the end of the tunnel, things won't be getting back to anything approaching normal soon.

The Dunwich Dynamo was to be in just over two weeks time on the 4th July going in to the 5th July. At the start of 2020 when I had booked my coach ticket, for once, I was actually looking to it. I had roped Dr John in and I would have tried my utmost to get the gentleman that is Geoff (who I have ridden with on all my DD attempts) to join too. 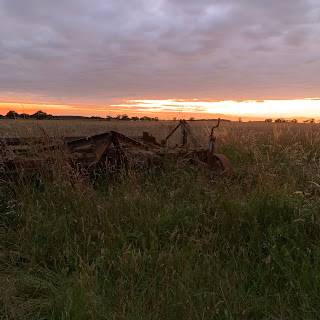 Of course the Dunnwich Dynamo has been cancelled for this year. When I used the word cancelled, it probably needs a little more explanation. The DD is not really an organised even at all. It is more a turn up and go arrangement. Most people who take part book transport home - mainly by coach - and they also use the many pop-up vendors selling all sorts of rather good food along the route. The cancelled bit really means all coaches back have been cancelled and there will be no-one selling food.

Does all of this mean that you can't go? If you are one of the people that gets to Dunwich Beach, turns round and pedals all the home, probably not. There have been calls, by many along the route and especially at Dunwich for cyclists to forgo the DD this year and respect the wishes of locals. Will this stop some and will they listen? Probably not.

I am pretty sure that if you were to pay a visit to the official/unofficial start in Hackney Fields in London at about 7:30 pm you will find more than a few cyclists getting ready. Some may take the view that if they are able to be totally self-sufficent, not need transport back, not need any of the facilities normally available on the entire route and respect the locals by passing through sleepy villages without a sound, it will be viable. I won't be going because I would need the transport back and probably need to stock up on fluids. 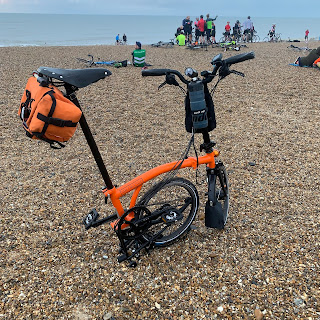 If anyone is still doing the DD, I just hope that they don't annoy the locals so much that there is the start of movement to restrict things for the future - trains are no longer an option to get home when they were for several years.  What are your thought?