Today I decided to stick to familiar territory, starting and finishing near St. John's Wood, a location that I lived very close to as a child and up until the point I got married. It is a place that hasn't really changed a huge amount as many of the buildings in the surrounding area cannot be changed a great deal.

I headed towards St. Paul's Cathedral and as I knew the route so well there and back, my Wahoo was simply a means to record the route. 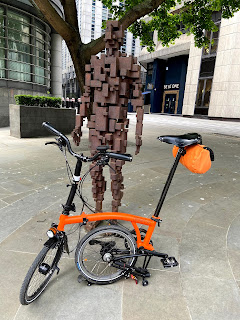 I cycled as far a Tower Bridge and there really wasn't a huge amount of traffic at all. From Monday the Congestion Charge in London goes up to £15 pounds and will soon be charged 7x days week which I would imagine will proved very unpopular by those having to use their cars to enter central London. 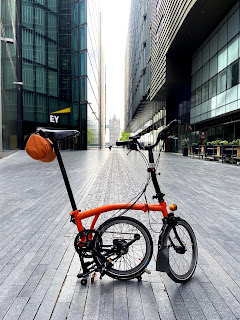 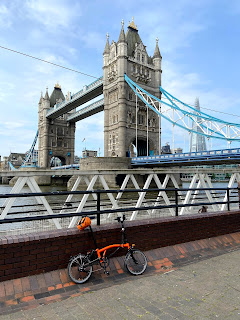 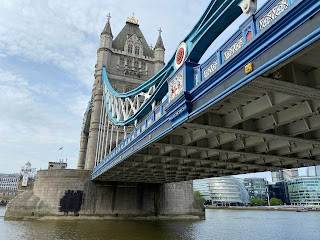 I decided to take the Grand Union Canal back as it offered a car-free route almost all the way back to St. John's Wood. 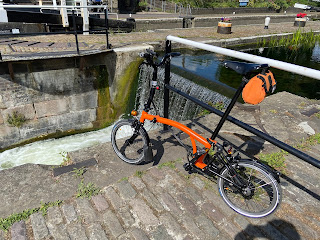 Unlike the awful section I tried to used to get me to Windsor recently that was so terrible I abandoned it, this part of the canal is lovely. Wide enough to pass other users comfortably and with a surface that is very Brompton friendly. 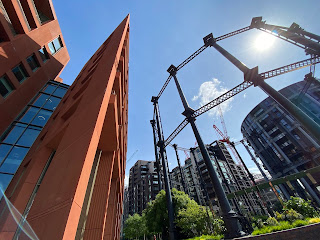 What I didn't bargain for were the number of joggers (I use that term loosely as some simply lolloped about) also using the canal path.

Soon I reached the section where London Zoo can be seen. I didn't see much activity in the large netted aviary but over on the other side of the canal I did see an African Hunting Dog sitting down, watching the world go by. 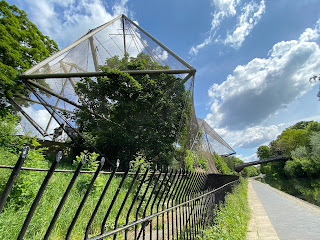 In all I cycled almost 15 miles - pretty tame really - but still very enjoyable. 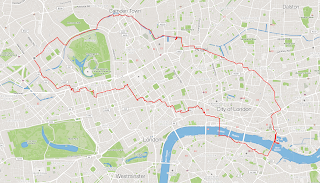