Very early this morning, with the sun shining I set off for a cycle ride. As I passed the Royal Albert Hall (more about that location another time)  I was struck by memories that came flooding back of, for me the greatest archeologist bar none, Howard Carter.

Because of this thought in the back of my mind my subsequent route was a rather convoluted one that saw me heading towards Kew Green - and then with my mind made up to go on this adventure - heading towards Putney Vale Cemetery.

The Thames Path leading to East Sheen wasn't too busy - but it was very early. One strange feature of this short journey along the Thames was spotting a least three Kingfishers and what I thought might be a dolphin! Yes you read that correctly! I cannot be certain but it looked like one!

Richmond Park was of course closed to cyclists so I had to circumvent it. After passing through Roehampton - which believe me I was very pleased to pass through quickly - the large wall of Putney Vale Cemetery came in to view.

The grave of Howard Carter was quite easy to find. If you ever find yourself there, the map of the cemetery layout is easy to navigate and it is grave number 25. 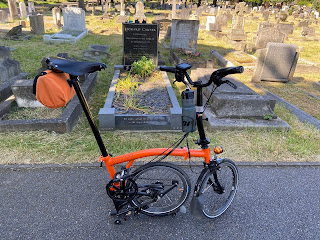 Howard Carter was the archeologist who in November 1922 discovered the intact tomb of the boy king Tutankhamun.  Okay, why is Howard Carter so special to me and why did I bother going there? The reasons go back quite a long way.

In my formative years an elderly lady - who lived not too far away -  actually lived for many years in the same block of flats as the one Howard Carter used to live in. In the early 1970s this lady decided to 'downsize' to a property not too far from where I lived. 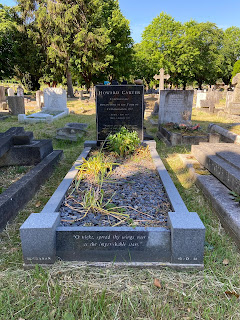 Despite his great achievements when Howard Carter passed away there wasn't really a great deal of fuss made and the obituaries in the major newspapers at the time still cracked on about the 'curse.' In addition no famous archeologists or curators of museums came to see him off. All a bit of a shame really.

The actual gravestone has definitely been changed at some point in the last 20 or so years as I remember it being a smaller, light-grey, stone memorial. 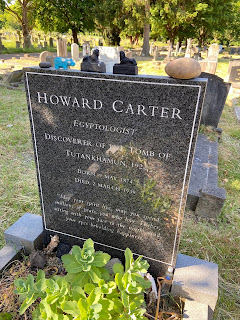 Also resting at Putney Vale is Bruce Ismay who was the managing director of the White Star Line and the most senior White Star member of staff to survive the sinking of the Titanic. While not quite a draw for me when compared to Howard Carter, I thought as I was there I may as well take a photo. 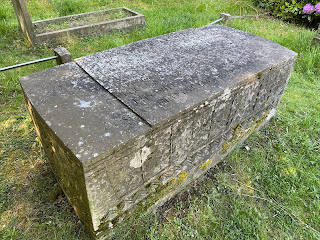 In all I cycled 36 miles and enjoyed every bit of it. One of the only good thing about lockdown is venturing off to see places that you haven't been to for ages, along very different and varied routes. 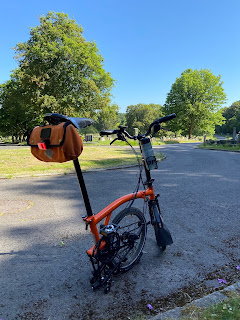