Richmond to Hampton Court and Back Again

I was up early and off in good time but disaster struck when on route in my car I kept seeing someone behind flashing their lights at me. A a set of traffic lights another driver informed me that one of my tyres was flat. I pulled over to inspect and it wasn't flat completely but it wash;t looking good. Upon closer inspection I saw what is termed in the motoring trade as a ruddy great nail imbedded in the tread of the tyre. Changing the tyre didn't take long but unloading and then reloading the boot did. This meant that I would be late for the start of the ride. I rang Mick the LBC Commander and Chief and asked if he could wait. At 11:30 I arrived and all were still waiting - which was extremely good of them.

We set off at a gentle pace into a very chilly headwind. As far as I am concerned it is now winter! Before long we were riding adjacent to the Thames and were afforded some lovely, crisp views. 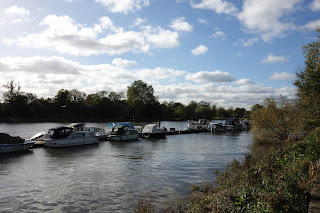 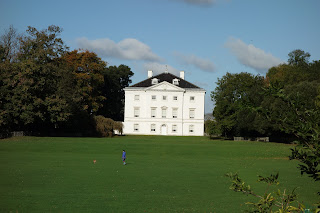 The white house above was apparently a home to one of Charles II's mistresses and has a ballroom that is a perfect cube in shape. 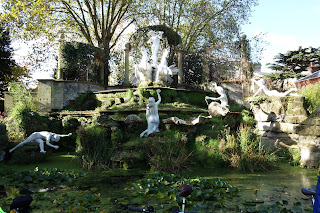 One of the more unusual stops was a water garden, resplendent with some lovely statues. Going on rides like this, people with local knowledge can take you to places you would not have found yourself or dreamt of going to. 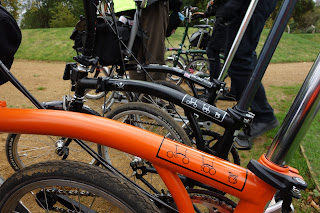 When we reached Kingston under the John Lewis there were the remains of a 12th Century bridge. Quite amazing that it has survived so long that that even with modern building developments, it has been preserved. 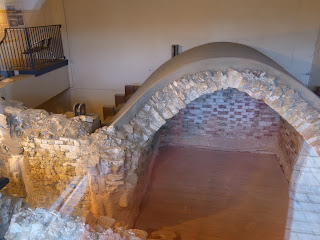 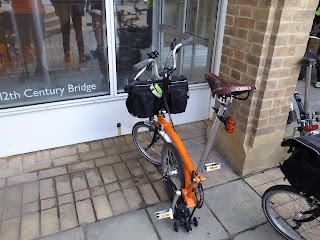 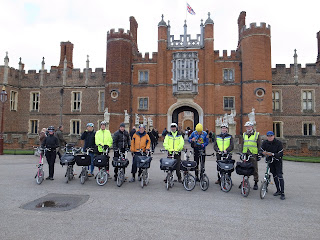 I think it was Busy Park where we saw a meaty stag of good size. A lady just outside the frame of the photograph was standing at one point less than two metres away, happily taking photos. I have seen people do the same at Richmond with disastrous results. I stayed a suitable cowardly distance away. 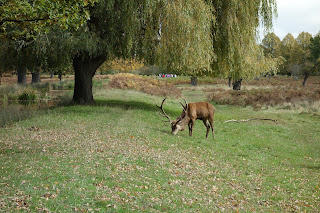 Another interesting stop was an ale house that used to make ale and serve the needs of Henry VIII at Hampton Court. 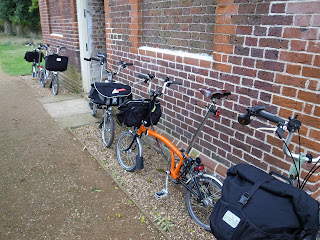 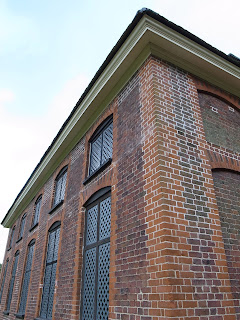 After some refreshment we returned to Richmond and most made their way home - it being very cold. Mick, his wife and I had some liquid refreshment at Costa and chewed the fat before we too made our respective journeys home.

Another very good ride and made better by the many Bromptonians who braved the icy conditions. Below I have posted a link to the data gathered by my Garmin Edge 200 for your perusal. At some point I really must get a mapping unit as my general sense of direction is appalling. It would also allow me to plot new routes without the worry of getting lost!