Richmond Park - revenge of the hills!

If you have read my previous blog post from this morning, you will know that today I went to Richmond Park with my cycling partner iCrazyBee.

We met at about 10:30ish rather than 10:00 as there were lots of cancellations due to engineering works. We proceeded straight to Richmond Park and took to the Thames cycle path for a more scenic route. The truth of the matter is, that despite having gone to Richmond on several rides, we were lost and for a while could not find Richmond Park - despite it being hundreds of acres! My Apple Maps which faired very well I have to say helped to point us in the right direction as did iCrazyBee's fancy Garmin Edge 800. 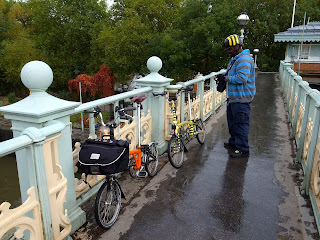 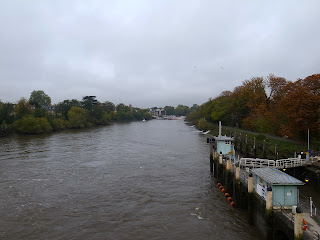 Upon reaching Richmond Park we negotiated our way to the main cycling route. The hills were still there but not as bad as I remember the first time. I do believe I am gradually getting fitter - as I have said before all thanks to the Brompton.

I was able to keep up with one lady rider on a road bike on the incline however she was pacing herself and could have gone a great deal faster. It was spotting a mountain bike on the big hill that spurned me on. I could see him the distance on the flat and new a serious hill was approaching. Leaving iCrazyBee behind I accelerated at a steady rate and managed to overtake him halfway up the hill. I nonchalantly said, 'what ho' as I went past but heard no reply.

My partner in crime iCrazyBee was also doing well and tackled the hills better than the last time we were there. I suspect we will both need to push further as 2013 is going to be a mammoth year for both of us, judging by the cycling events/rides we plan to go on! 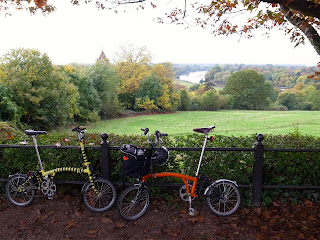 With one circuit under our belts we headed back to the station (as yes we did find our way there first time) past a now regular meeting point - Costa Coffee next to the station. As I past the advertising banners adjacent to the outside seats, memories flooded back of photographs taken with members of the  London Brompton Club.

On the way home we discussed future plans and I look forward to halloween on a Brompton with iCrazyBee next week, but more of that later...
at October 20, 2012