If you live in London normally around the time of Halloween, for a few pounds you can join one of the many walking tours that focus on ghostly goings on in London. Jack the Ripper tours are macabrely popular. Early Friday evening I went on a Brompton tour of some of the crime scenes on and around the Whitechapel area.

Jack the Ripper was an unidentified serial killer who caused a devastating trail in the Whitechapel area of London in 1888. He was never caught and despite lots of possible suspects, never identified. In fact their indentiy  will almost certainly remain a mystery.

The crimes committed were shocking in 1888 but they would be viewed with the same level of disgust and disbelief today in 2020, anywhere in the world.

Meeting at Aldgate our ride leader Yoni provided the route and the all important information about the gruesome goings on. Also on the ride was Matt, Sam, Raja and Mike.

It was a warm lovely evening which made riding very pleasant. I have to confess that I wished the ride had of been after dark as it would have added to the atmosphere and meant that the surrounding roads would have been less busy.

The first stop was where the body of Mary Anne Nichols was found at 03:40 on Friday, 31st August 1888 in Buck's Row which has of course long since gone. It is now Durward Street. 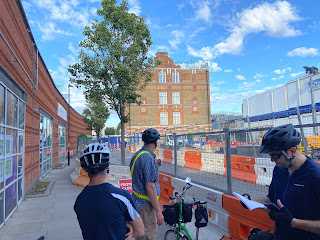 A week later on Saturday, 8th September 1888 the body of Annie Chapman was discovered at approximately 06:00 near the steps to the doorway of the back yard of 29 Hanbury Street. 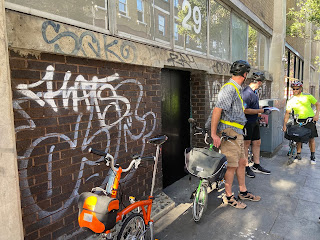 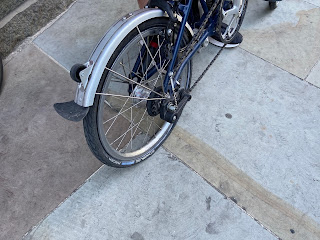 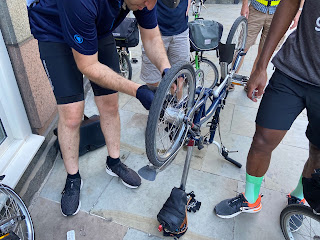 Sam proved to be an expert at wheel removal and gave Yoni all the assistance he needed so that we were all wheels rolling in about 10 minutes. 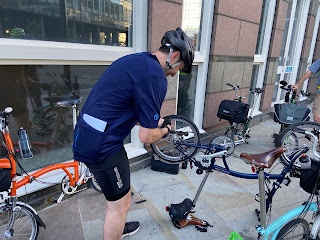 Elizabeth Stride and Catherine Eddowes were both killed in the early hours of Sunday 30 September 1888. Stride's body was discovered at approximately 01:00 in Dutfield's Yar, off Berner Street which is now Henriques Street. Eddowe's body was found in Mitre Square 45 minutes later 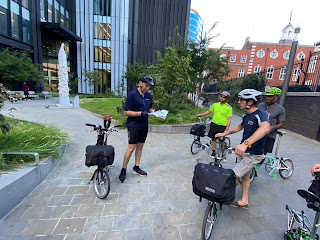 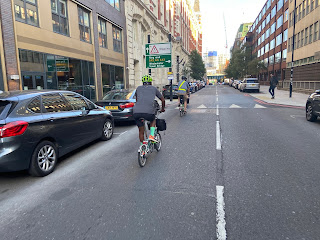 The body of Mary Jane Kelly, badly mutilated, was discovered lying on her bed in the single room where she lived at 13 Miller's Court. Again this is long gone and the rough area of where it would have been can be seen below.

On the way to the last location we stopped at the Cable Street Mural which was painted to commemorate the Battle of Cable Street in 1936. 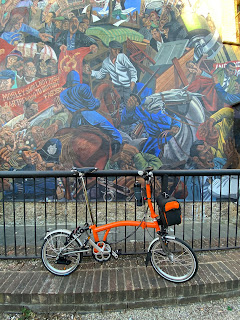 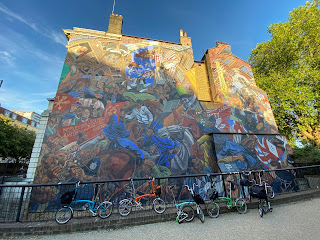 The final stop was at the Ten Bells pub which is said to have an association with two fo the victims - Annie Chapman and Mary Janes Kelly. It is alleged that both used the pub. 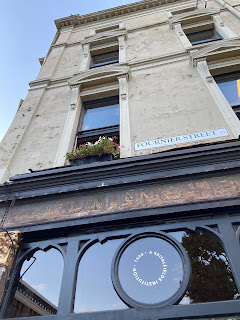 With the last location visited we said our goodbyes. Many thanks to Yoni for the route and the interesting commentary about the Ripper murders and also the history of London's East End.