Fun and shocks on the Brompton London Icons ride!!

Today was rather busy for yours truly. In the morning I was meeting an old friend and later on I had two rides to get to - the all Brompton London Icons ride and then a cycle event where you were allowed to cycle in the grounds of Kew Gardens. (I ended up only going to the first of these).

I managed to get myself to the start at Russell Square knowing that my fellow Brompton riders would have started already and be further along the route - which was lovely one. 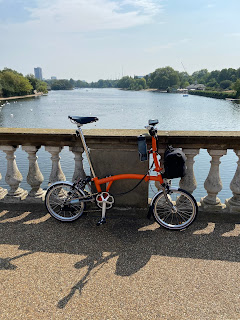 Despite this, I felt compelled to take the odd photograph as I went along - I mean this is the Brompton way after all!! 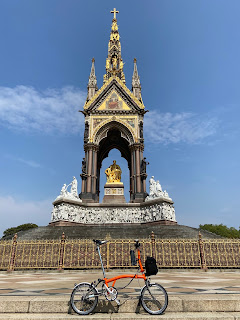 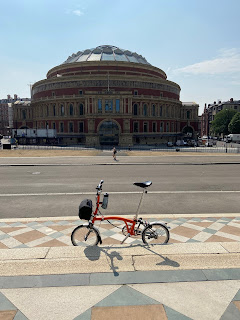 Somewhere heading east about 15 miles in to the 30 mile route I caught up with the group, the rider leader of which was Jenny aka The Mile Monster. It was great to catch up with everyone.

Quite soon after joining the pack we came upon the next icon along the route, the Cable Street Mural. On the recent Jack the Ripper ride this had been featured so I recalled what I remembered.

Our luncheon stop was a part of London I do not think that I have ever been to, Trinity Buoy Wharf. We parked our Brompton bicycles at the 'Fat Boys Diner' and ordered a pretty good burger and chips and several cold drinks.

We chewed the fat for a while and thankfully large parasols provided the shade we needed to keep ourselves cool.

The little lighthouse was built in 1864 - 66 and served to test lighting systems used in other light houses and to train would be lighthouse keepers. 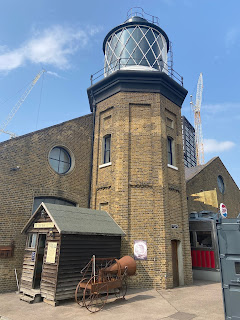 The views across to the O2 and beyond were stunning and I made a mental note to come back this way again at some point. 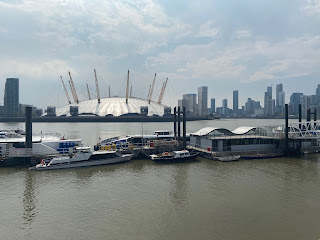 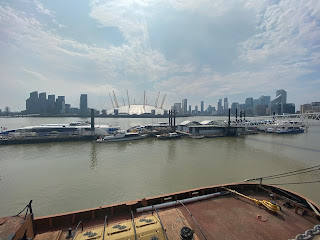 Before leaving 'Fat Boys Diner' I decided to buy a bottle of water. They did not have any more still water but had sparkling. Are you seeing where this might be leading?!

We cycled along quite happily and Jenny and I discussed the area - which could at certain times be on the rough side. Without warning and rather suddenly the top portion of my water bottle exploded upwards in a violent eruption I would liken to a drive-by shooting you see on television or canon being fired!

There was an almighty bang and the entire top section travelled at some velocity I can tell you straight into my chest and then hurtled upwards and then down many metres away. For a new brief moments I was all but transported to the Battle of Trafalgar! It was only realising my surroundings that I did not say, 'They have done for me at last, Hardy.' 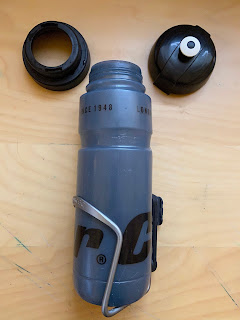 Once I had recovered the top of my water bottle and composed myself we continued our journey. 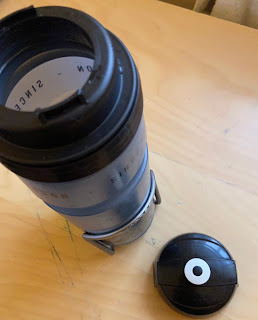 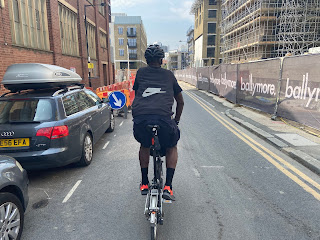 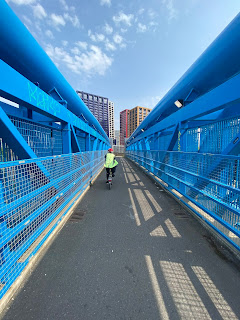 As we cycled along back towards the square mile the wind started to pick up a little and the reasonably blue skies turned to grey. 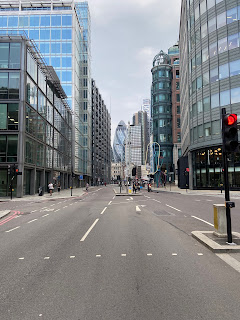 Reaching Russell Square we had a few more refreshments and waited for Mr W to arrive. He was already there and sitting in the middle of the square. It was lovely to see him again and catch up.

With that the rain fell and I decided that I would not cycle to Kew Gardens and that I could live without cycling in its grounds - even though it was a rather special thing to do. 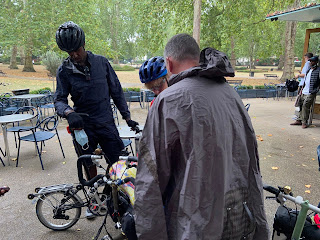 This was a lovely ride and a particularly good route. In all I cycled just under 38 miles today, so not too shabby. Many thanks to Jenny and my fellow participants.

Make sure you never put sparkling water in your water bottle! Stay safe out there people!! 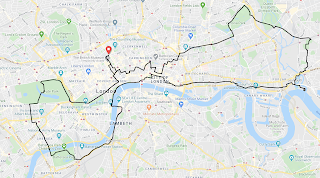