North London hills on a Brompton

It isn't often that I go on Sunday rides. For me Sundays are family days. Saying that, Saturdays are too, but you get what I mean. By the end of this particular ride, I was very glad that I did attend.

The meeting point was outside Kings Cross Station at 09:00. This wasn't too far away for me so I cycled the couple of miles and got there more or less bang on time. After saying hello to familiar faces and newer ones, we were off on a crisp Sunday morning. The sun was shining, the sky blue and the few clouds that were out glided by as if they had somewhere else to go. It was a lovely morning. 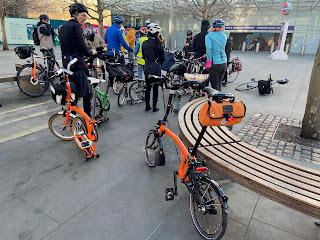 It was great to see Mark (King of the Hill) again and catch up, hearing about his plans for a summer Paris ride and a certain new Brompton bicycle that will hopefully arrive in a few months time. 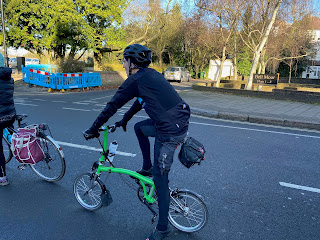 The ride was billed as one that would contain hills. I do like a hill and although nothing on the batting order filled me with fear, I welcomed them nonetheless. 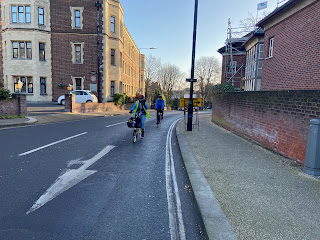 We stopped near Jack Straws Castle - a former and famous pub - waiting for the tail to catch up. With a small lake and reed-bed, it provided the first of many opportunities for the photographing of ones Brompton! 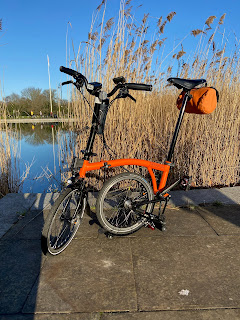 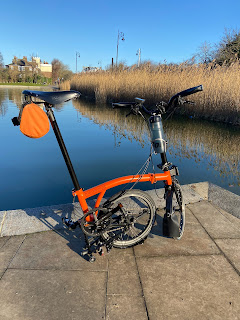 Quite soon into the ride we stopped at Hampstead Pergola. This clever raised walkway dates back to before World War One (I think). I speculated as when the last time I paid it a visit and I think that I must have been 7 or 8 years-old. It really hasn't changed a great deal from that time apart from the spiral staircase at one end looked to be an updated version. 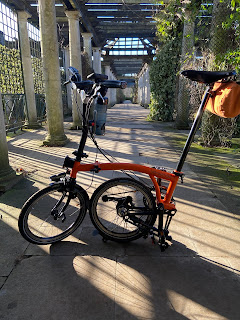 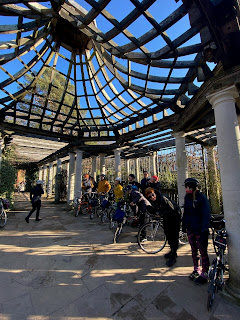 This day marked the birthday of Bob and with Jenny's the next day it was only fitting that there was a mini celebration. This was lovely for them and each had a cake that was later shared out among the assembled riders. 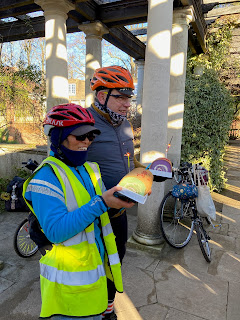 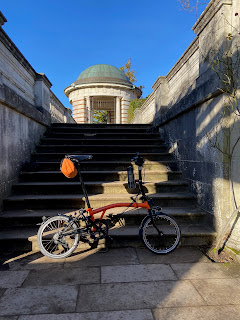 Guy - professional Toastmaster - provided a speech and some interesting facts about their respective birthday dates. With that done we were off again. 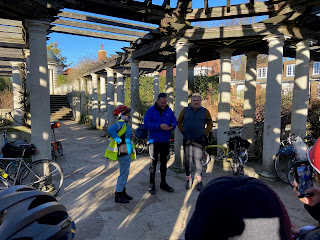 Having lived not too far away for my formative years, I have always (for reasons unknown) disliked Hampstead. I cannot put my finger on it apart from it suffers from being the haunt of superficial showoffs who always try too hard and scream, look at me. It has therefore been very popular with actors and those in the arts for many years. Rolling down Hampstead High Street I recall the time when a branch of McDonalds eventually opened after years of protests. To my shame I remember being elated when it finally opened. I recall going out of my way to pay it a visit, order a burger and fries and consume it outside, standing on the high street with enthusiasm. It has long since gone. 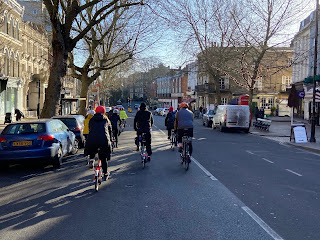 Like the Duke of York from the song who marched up the hill and down again, we cycled up one to look at some rather good views of the city skyline, only to come cycling down again. 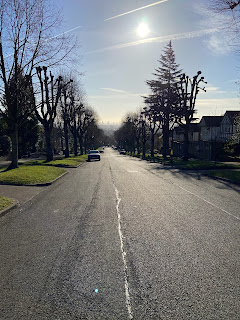 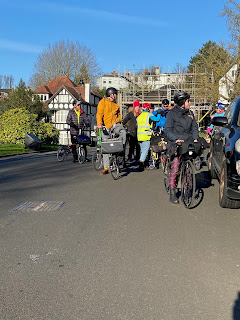 Next was Swains Lane. A famous hill in North London but not really anything to be too scared of. 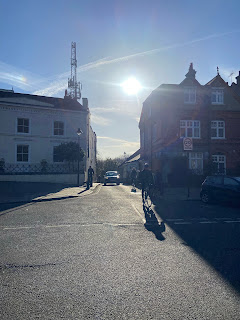 Graham brought his little dog with him. She was happily carried around in a front carrier and rucksack by various participants. Not caring for dogs - who seem to know that all too well - I didn't volunteer. 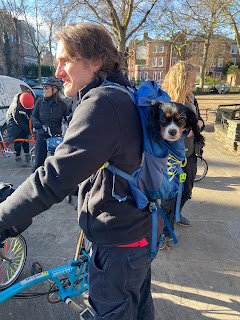 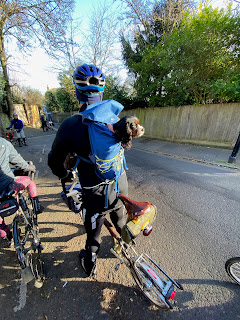 Our next stop was an old cycling haunt of Alexandra Palace. After a few photographs of the views (well worth the visit just for that) we went inside the cafe to order some refreshments. 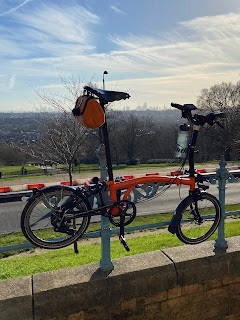 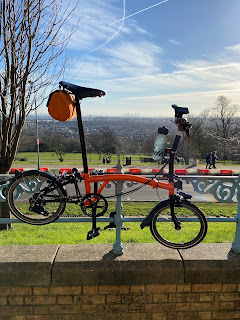 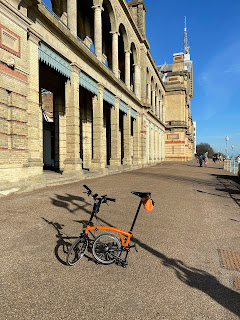 I ordered a pizza and handed a little pager that bleeped when it was ready. After about 15 minutes it was collected and eaten swiftly. Yum. 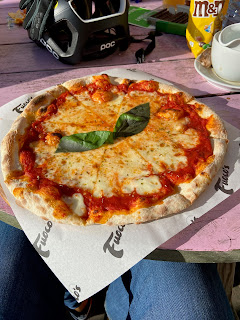 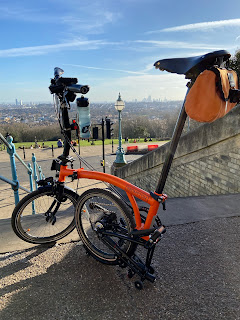 With another group shot we headed back towards central London, taking the scenic route. 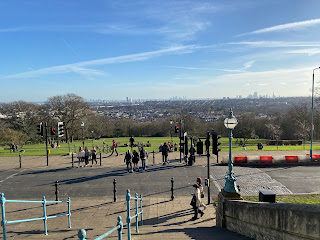 Jenny, regularly cycles this route - almost daily - and I can now appreciate how effortless she makes every ride (regardless of distance) seem. 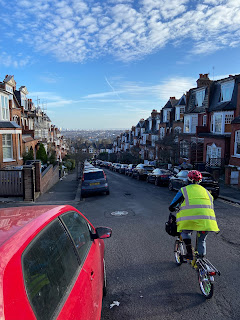 After Alexandra Palace we had about 7 miles to go and this went really quickly. In many ways it was a shame that the ride was over. I certainly enjoyed it, to the extent that I made it to the end of the ride without bailing on route! In all I cycled about 28 miles all in. 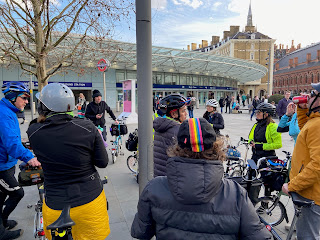 Another great ride so many thanks to Jenny and to all the other lovely Brompton peeps for their company.