Yesterday was my first outing on any of my Brompton bicycles since I was free from Covid. Mrs Orange was worried that I might overdo things and wanted me to take things easy - she know me all too well!

I set off from my base in NW8 and cycled the short distance to Baker Street tube where I met Dr John at the Wetherspoons. We had a good chat and a pizza and after that we cycled to Brompton Junction in Covent Garden to have a look at the all new Brompton 'T Line.' (Have a look at the last couple of blog posts for thoughts on that one). 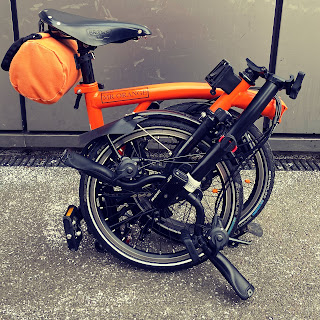 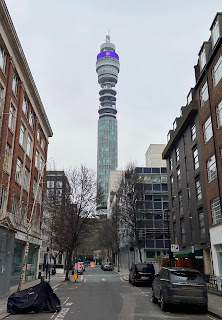 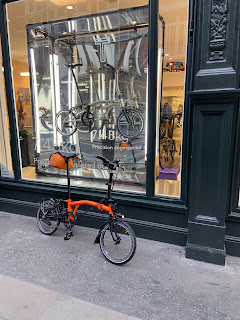 After Brompton Junction, we headed towards the meeting point at Liverpool Street Station. When we arrived there were lots of participants there and it was great to see so many Brompton riders. There were new faces and many familiar ones. 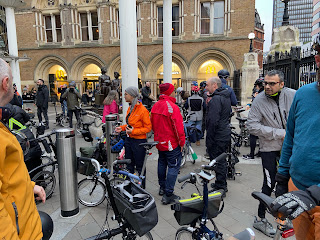 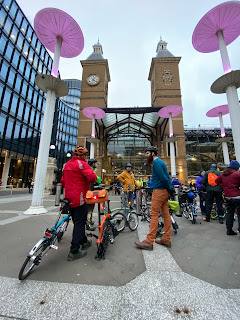 After a very brief introduction by our lovely ride leader Jenny, we were off. The sun had not set but it was not too long until daylight became darkness. 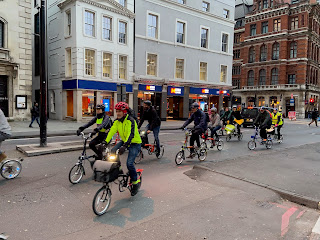 For this ride as I had been elsewhere previously, for once I decided to wear non-cycling specific gear. To my surprise I actually found it as comfortable and warmer. When cycling on my Cloud Blue Brompton I usually only ever wear normal clothes, so perhaps I will do this more often? 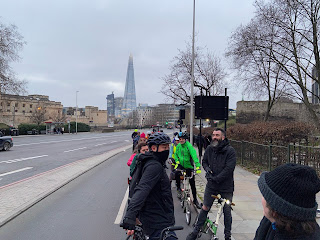 The ride was quite slow paced (nothing wrong with this) but one thing I enjoyed greatly was marking a junction and when the 'all up' was heard I cycled off to join Jenny at the front again. I did get carried away with this and must have totally missed a turn and ended up near Shadwell Basin a couple of miles off track. A quick call to Jenny to see where they all were and I was told Tower Bridge. I must have broken my personal record for that distance as I arrived at Tower Bridge just as a group photo was being taken. My shout out of 'all up' made Dr John chuckle! 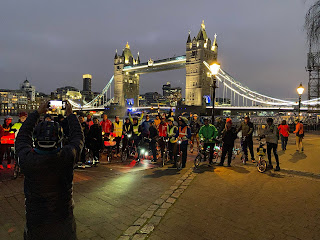 We progressed over Tower Bridge and were joined halfway across by Sam. The night was getting colder but by marking the odd junction, stopping to take photos and then catching the front up, I stayed comfortable. 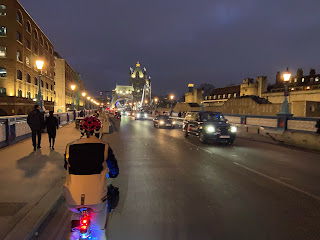 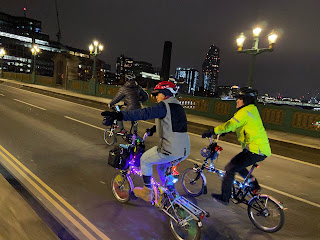 Ronnie had a wonderful disco light to go with his speaker that pumped out various tunes. I will have to ask him where he got it as it would be brilliant for the Dunwich Dynamo! 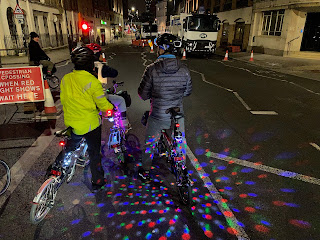 As we neared Waterloo, Dr John who was getting cold, said his goodbyes as the rest of us headed towards Battersea Power Station and the mini light installations around it. 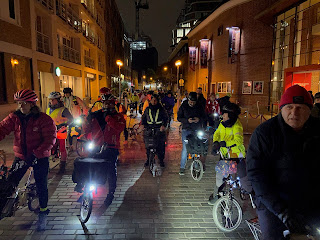 Battersea has changed greatly over the years. The Power Station was left derelict for years but had been redeveloped into expensive flats. In fact the area all around has seen a facelift. 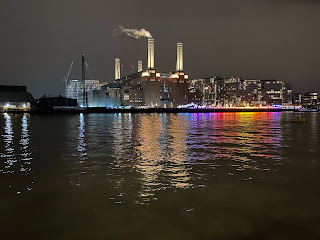 I don't know anyone with a flat in or on the power station side of the river but I do know someone with one on the opposite side, not too far from the photo below. When they bought their flat the views of the power station, the much larger footprint and the lower price meant that they didn't even consider a flat inside the power station itself. I tend to agree. 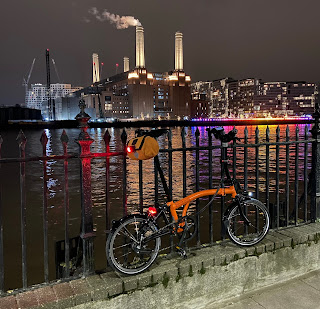 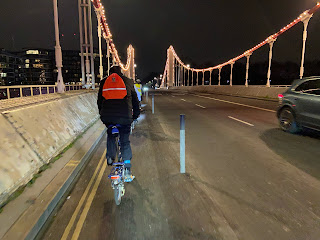 As we crossed Battersea Bridge the evidence of the area being developed was still very much in evidence, with several construction sites all around. 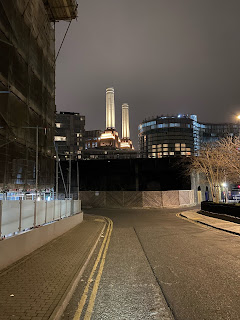 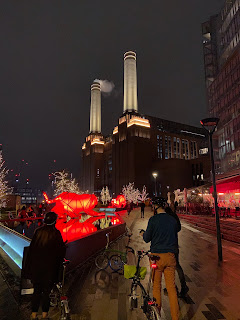 Once near the station we all started to roam around taking various photos. I started to think of the Pink Floyd album that used the area as a backdrop. 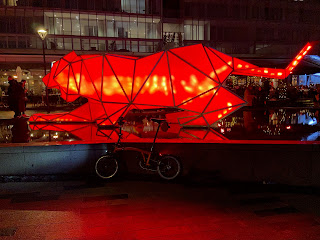 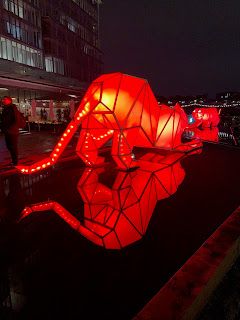 The whole area looks lovely and the light installations made up for the once we were originally going to view at Canary Wharf. 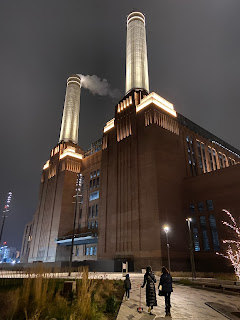 It did occur to me to speculate as to whether cyclists with big wheels firstly have as much fun as us Brompton peeps and secondly whether they line their bicycles up for photo opportunities as much as we seem to? I think you can tell what my answer might be. 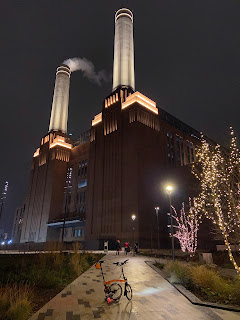 After several photos I said my goodbyes and headed back to NW8. This was a lovely ride and great to see so many and be part of a large group of Brompton riders.  Many thanks to Jenny for leading the ride. 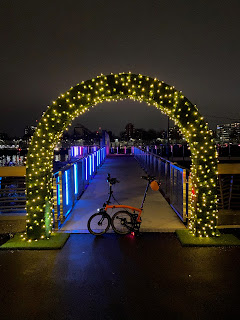