London to Gravesend or should I say Otford!

Mark (King of the Hill) had planned a really good ride from Charring Cross to Gravesend. It has been a ride that I have done before and have always enjoyed it. This ride would take us on our route to Otford which Mark, Geoff and Dr Chris have all done on our way to Whitstable. This fact would hold some irony later on.

I travelled to Charring Cross by public transport and despite the fact it was early and a Brompton was build for this type of multi-modal transport, I hated it. With all sorts of cancellations and works going on I had to take an altogether different line and was subsequently late for the meeting time of 09:00. No sooner than I arrived we were off.

There were some familiar faces, a few not seen for a while like Guy and some new ones who have yet to bite the bullet and purchase a Brompton and therefore used bikes with bigger wheels.

Our progress out of London seemed slower than previous sojourns however as we have always set off at 07:00 for those it was not altogether unsurprising. 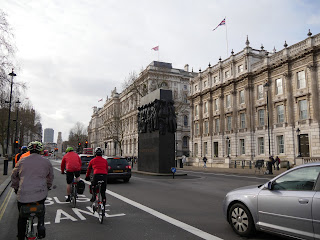 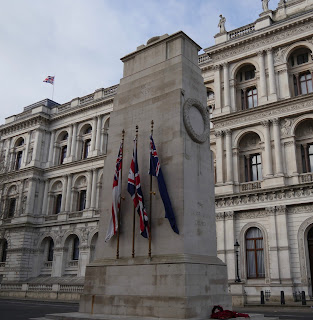 As we travelled down Whitehall and towards the Houses of Parliament, tourists were already going about the business of being tourists. 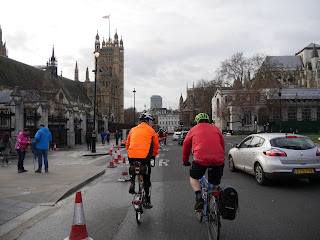 One thing I saw almost had be turning back and heading for home. You know those skinny jeans with the knees cut that you see ladies and teenage girls wearing? Well, walking towards us as bold as brass was a man in his thirties, wearing a similar pair of trousers. I mean really! 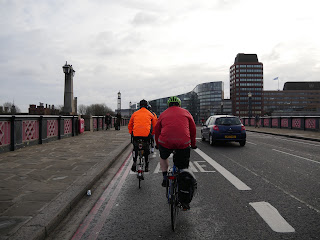 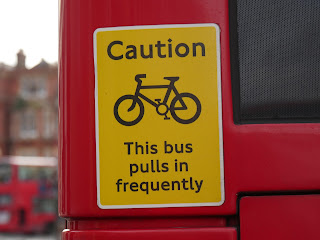 With David not participating on this ride because he had a bad cold, my muse was Mark. He was quite obliging and performed several poses. 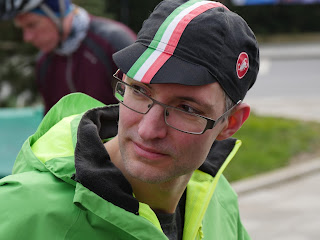 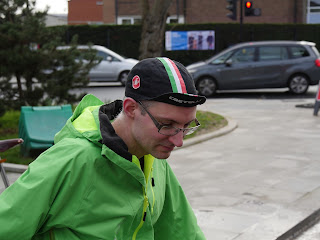 My sense of direction as you might have gathered if you have read my blog posts for some time, is next to useless so once outside central London I cannot say with all accuracy where the following photographs were taken.

With Crystal Palace (I know that much) in the distance the hills started to make themselves known and it was a sustained climb up towards there top of a hill where wonderful views were afforded. 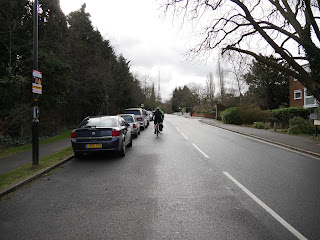 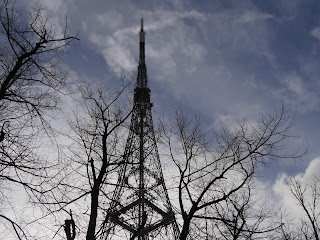 There were a few more hills to ascend but what goes up, must come down. There was very long descent but as things were busy with traffic, I made my descent in a not that dissimilar way to an 80 year old member of the Woman's Institute, cycling on her merry way to the daily coffee morning at the local church. 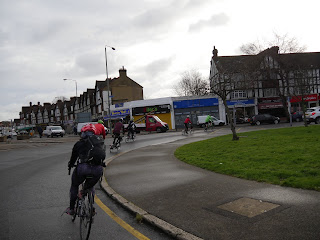 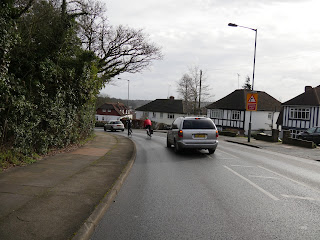 Stopping at the same point we had done on our longer rides to Whitstable we regrouped, had some water and snacks before heading off again. The weather was quite pleasant and was quite mild. The rain that was predicted held off but was definitely  going to arrive at some point. 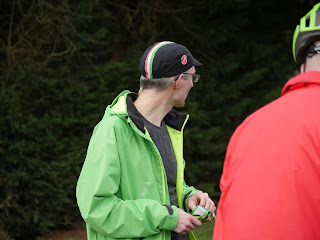 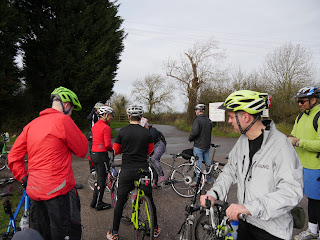 Soon the vestiges of urban gave way to suburban and eventually countryside. This part of the world has some quite stunning views and I was thankful that the rain held off so that I could take some photos. Being prepared however, I had also packed my waterproof camera for when the rain did come. 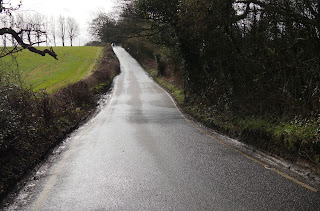 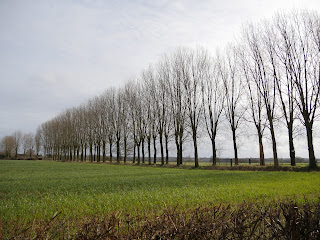 From our previous rides we know that this route is a very popular one with cyclists. We constantly saw them either overtaking, coming the other way or at the roadside fixing a puncture. 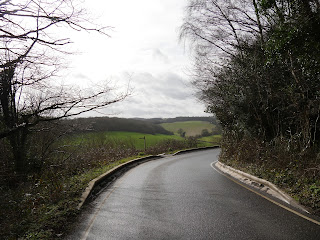 I really should have concentrated on the cycling but being someone who loves to take photos I could not help myself. View after view was just so pretty. You will be thankful perhaps that I have only shared a small section of the 274 photos I took today! 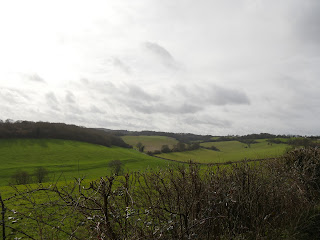 In the photo below you can just make out a narrow road going from right to left. We were heading this way and it would result in me reaching my highest speed for the day, in addition to it being great fun. 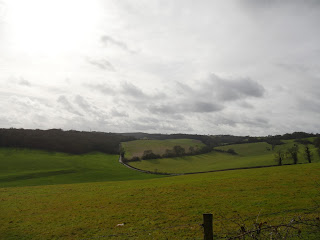 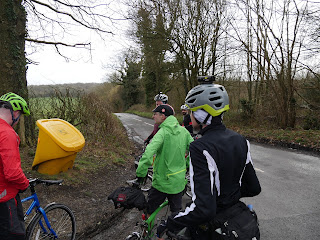 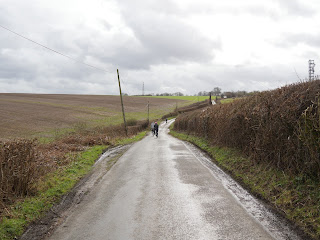 At another familiar stop point for those of us who had done this route before we go ourselves ready for the last little push to Otford and luncheon. 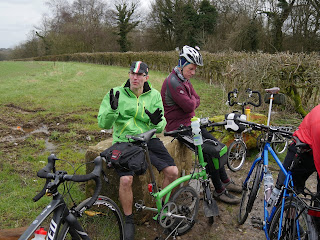 In the distance, surrounded in haze (which meant rain) Mark pointed out the outline of Canary Wharf and the London skyline. 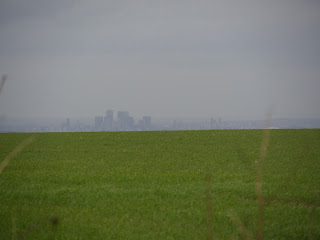 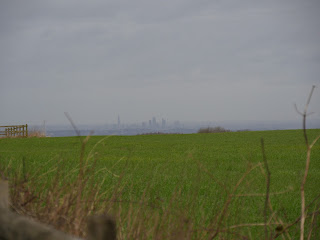 About 2 - 3 miles from Otford my phone rang a couple of times. As it was packed safety away in my mini O bag I didn't really want to stop and answer. Once at Otford I saw a couple of messages which meant I would have to abandon the ride immediately and head back to London. It was nothing drastic but I had to go.

It was a rather lonely journey back to Victoria which seemed to take longer than it should. As wonderful views passed by I only wished that I could have continued. I also longed for food as I was starving!

Many thanks to Mark for leading the ride and hopefully there will be more adventures in Kent in the future.