The partners in crime ride once again!

This morning I was up bright and early to meet my partner in crime, Andrew. The last time we saw each other was at the LBC birthday bash at Brompton Junction and the time before that...ages ago. The date/time was set and today I made my way to the 08:30 start point at the London Eye.

I started in St John's Wood. Some of the posh houses there have their own security staff and despite seeing me quite regularly, they eyed me with suspicion? Perhaps it was due to me being on my Cloud Blue Brompton instead of my usual Orange? The journey from there to the London Eye was just over 5 miles and took me almost 23 minutes at a fairly casual pace.

London didn't seem too busy for a Saturday morning for once but there were lots and lots of police officers about, possibly due to the protests.

While waiting for Andrew I did the typical Brompton owner thing of taking a few photos of their bike with London as a backdrop! Not long after taking the photo below, Andrew arrived.

It was a little like old times almost straight away. We cycled east, chatted, caught up with each other and what we had been doing and stopped every so often...to take photos of our Brompton bikes! 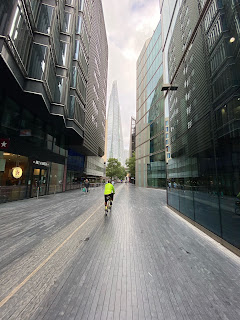 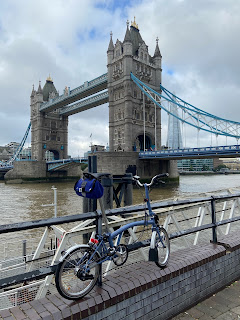 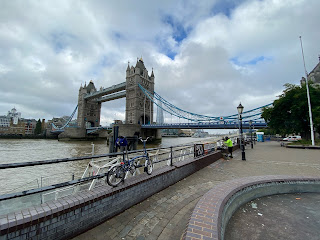 When we reached Canary Wharf we found a popular coffee establishment at which I had a tea and Andrew a hot chocolate - so wasted on us. With our drinks and snacks finished we headed off again. 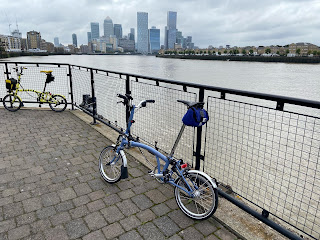 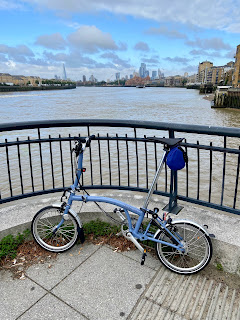 Just like old times, we got lost! I could blame the road closures for this but I can't. Eventually we found our way back. Andrew pointed out that we had in fact returned to the same spot and had cycled around in a very large circle. I was hoping that he would not notice! 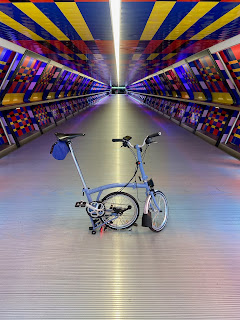 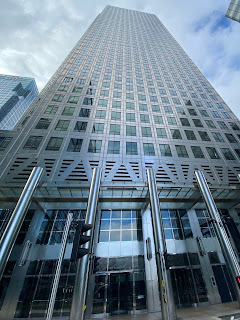 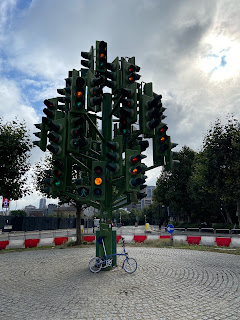 We reached Tower Bridge and heading across it we cycled back towards Hyde Park Corner. I let the Wahoo plot the route and it always seems to take you the more scenic and quieter route, which I really like. Once at St James's Park we said our goodbyes and went our separate ways. When I completed my ride I had cycled just over 19 miles, so just over 24 miles in total. 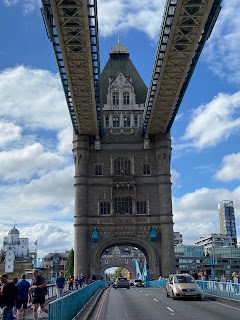 It was lovely seeing my partner in crime again. It is strange to think that this friendship started - like so many - because of a folding bicycle! I am sure that there will be more adventures for us to come.