Sadly, it was recently announced that a proposed cycling and walking bridge crossing the River Thames between Rotherhithe and Canary Wharf have been abandoned.

It looks as if the costs - getting on for £600 million - have meant the bridge was not feasible. Understandable as that is a a great deal of money but it is a real shame as it is a lovely part of London and would have surely enhanced the area surrounding it.

I am certain that if it had been built you would have seen lots of Brompton photographs on all forms of social media posted by the many London Brompton owners that do that sort of thing. 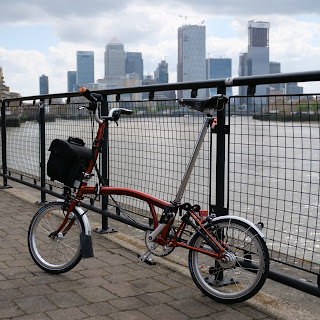