Today was another iBikeLondon ride. This was had a nautical theme and was to follow closely the river Thames.

Off and out early this morning. Last week at the same time I was waiting at the top of Ditchling Beacon for my riding partner iCrazyBee to make his way to the peak. The weather looked changeable and I detected a couple of spots of fine rain. The word changeable best describes the weather experienced today.

On route to Mile End - the pre-ride meeting point for some of us, I stopped briefly for a few photos. One was St Paul's Cathedral. The other was a wooden construction in the middle of a traffic island. I am not really sure what it was or why it was there but perhaps one of you out there might know and be able to leave a comment. 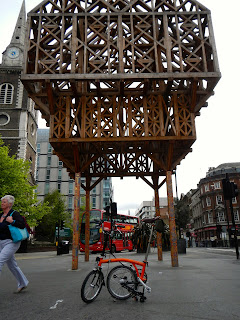 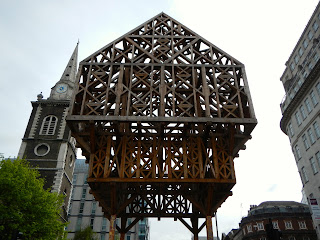 When I arrived at Mile End the tube station was closed as there were engineering works taking place. This caused quite a few people to become rather irate to the extent they took out their anger on the poor people trying to be as helpful as they could giving advice on alternative travel.

I must say that I did not really warm to Mile End. I tweeted that the battlefield after Napoleon's 1st Italian Campaign was probably more welcoming. With several hours to reflect on this, I feel I was being kind!

At Mile End I was soon joined by Geoff a veteran of many a ride. We retired to a local coffee shop and chewed the fat for a while before setting off for the short journey to the meeting point for the iBikeLondon ride at Victoria park.

Once at Victoria Park Geoff and I spotted many familiar faces and there was a strong Brompton contingent. After a safety briefing we we were off. This iBikeLondon ride had a nautical theme and many of the locations have been visited on Mark W's excellent 'Thames Triple Chaser' ride. Please click here read about that ride.

We headed east from Victoria Park and past the Olympic Park and stadium towards Beckton and the former site of a dry sky slope that is no more. 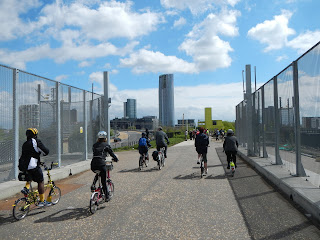 The nautical theme was clearly evident as we hugged the course of the river Thames for much of the ride crossing bridges and seeing all manner of river craft. 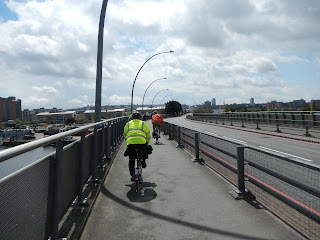 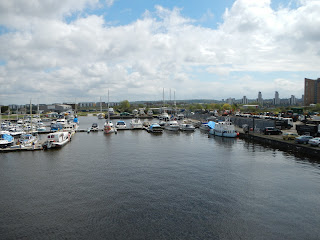 At Woolwich we boarded the Woolwich Ferry and made the short trip across the river Thames. This is a free ferry that operated on a daily basis. If you find yourself in the area it really is worth doing just for the experience. If you do, make sure that you travel under the Thames via the Woolwich foot tunnel, located not far from the ferry entrance points. 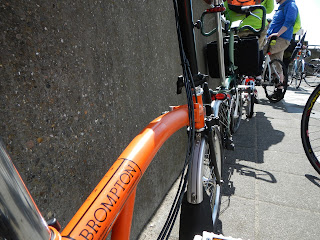 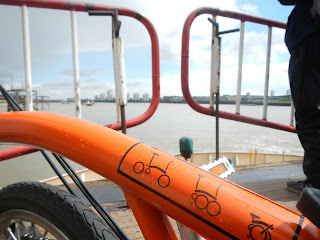 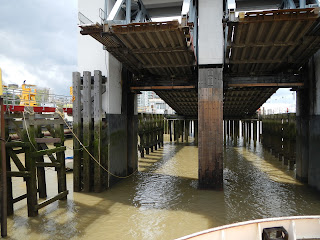 With the river crossed we passed the Thames Flood Barrier and it brought back memories of many a fun time on the Thames Triple Chaser.

The weather didn't really know what to do today. There was sun, rain, high winds and even hail stones at one point. Typical British weather I suppose.

With Greenwich Naval College in sight I decided that I would venture back to the big smoke via the Thames Clipper. The iBikeLondon ride was great but its pace today was slower than I expected and not wanting to get home too late it seemed like a good idea. It was such a good idea that several other Bromptonians decided to join me. Arriving back at Embankment we said our goodbyes and made our respective ways home.

It was another very good ride put on by the iBikeLondon people, who really know how to take you to parts of London you might not have thought of cycling in or visited. I look forward with interest to their next offering.

The ride data and maps can be viewed by clicking on the various links below:

The Route to Mile End Tube Maps and Data