Just over a week ago I was all set for a Brompton overnight London to Brighton but I had to cut this short. CLICK HERE. With the weather looking wonderful and more importantly having the time to commit to this, I offered the ride to Dr John when he enquired whether I was free over the weekend to go on a Brompton ride. This Friday night was definitely Part II. 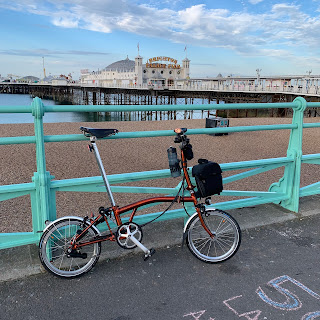 Our meeting point was the usual location on the South Bank not too far from the London Eye. Dr John was already there when I arrive at about 23:30 and thinking it was best to get going we headed off.

The weather was wonderful and I hope that it is as good for next weeks Dunwich Dynamo. Temperatures didn't really drop below 15 degrees and for a good part of it things were a little hotter.

I decided to take my Flame Lacquer Brompton with me for this adventure, mainly as it would be a ride of firsts for it. First time up Turners Hill. First time up Ditchling Beacon. First time to Brighton. You get the idea.

Once we had got past Clapham things started to get a little quieter and eventually urban gradually gave way to rural. Before long we arrived at the cattle grid on Ditches Lane where we cycled through Farthing Downs. This areas is a protected site that is home to several rare plants. It is also of archeological importance with finds showing human occupation back to the Neolithic period. At the top we stopped for a drink of water and took in the sparkling lights of Croydon in the distance. 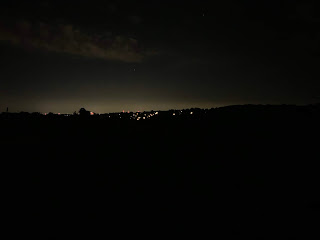 We continued to make excellent time and about 26 miles we looked out for the Scout Hut which for us marked our halfway stop. As we cycled along we thought things looked familiar and soon the iron fence of the Scout Hut was upon us.

There we ate the food we had brought with us and again the weather made things very comfortable. With comestibles done we headed off. 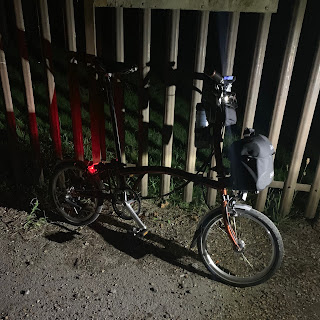 Dr John had done some research and found a small service station that was open 24-hours and more importantly had a hot drinks machine. Despite the weather not really warranting the need for a hot drink, it was still appealing. At a roundabout not actually that far from where the Scout Hut was located, the service station came into view. Not only did it have a hot drinks machine, it sold sandwiches, snacks and every type of chocolate bar imaginable. In short it was an oasis. There was even a modest seating area. With a hot drink and a cold bottle of water I sat back and we both agreed that this would be our halfway stop from now on. Refreshed - for the second time - we headed off. 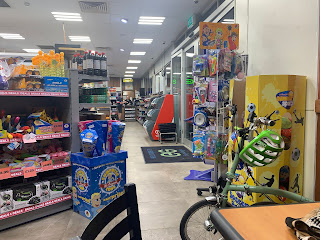 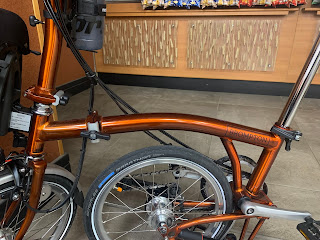 The next feature of the ride was Turners Hill. It was at the top of this location I recall sitting down, resting my eyes and actually nodding off. Dr John says that it was only I that did this but I remember Dr John dozing off just before I did.

Turners Hill arrived and we made our accent and both of us made very good time up. Dr John was to later inform me that its was his fastest time up it and I suspect it may well have been mine too.

Every now and then we cycled though some cold pockets of air. This was a rather strange sensation but a welcome one as they did not last long and was almost like stepping into an air-conditioned room for a few moments and then going back outside into the warmth.

From about 03:00 dawn was on its way and in the east we could see glimpses of light trying to peak through on the horizon. This time of the morning was wonderful. Birds sang and apart from the noise our bicycles made and our conversation, it was the sound of the dawn chorus that acted as a soundtrack to our adventure. 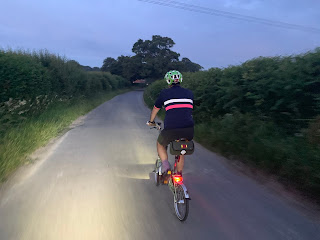 The light and colours at certain points was beautiful - especially the orange tones that blended with the blues, white and greys of the sky. 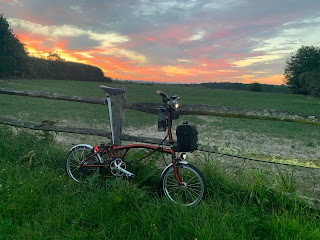 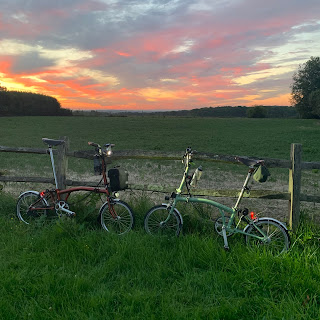 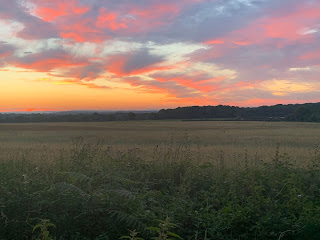 We were making excellent time and in the distance we could see the rising hills that signalled we were getting closer to the infamous Ditchling Beacon. Just after I look the photograph below, an insect so large I feared at first was a small bird, hit me in the chest. By the time I had finished telling Dr John what it might have been I finished by stating it might have been a young Red Kite! 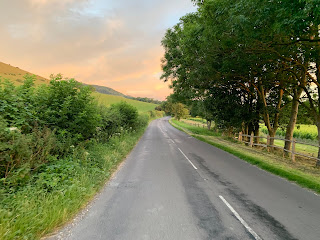 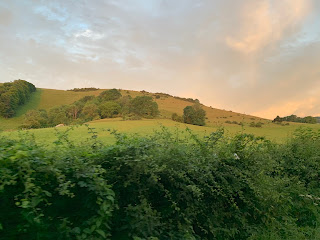 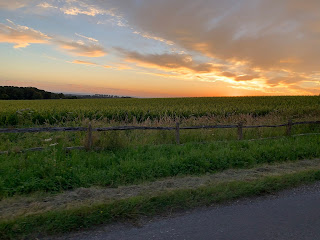 We arrived at the car park at the base of Ditchling Beacon which queued me taking lots of photographs of my Flame Lacquer Brompton at various points. 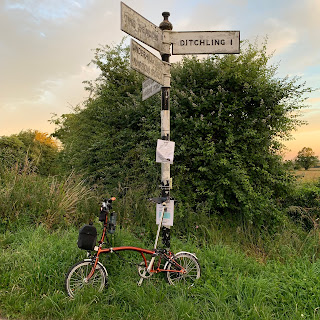 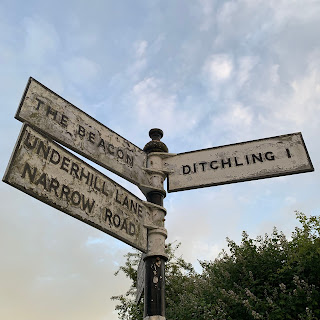 After taking onboard some water and the odd sweet we made our way up to the top. We weren't in any hurry and did not really care what speed we made our accent. Dr John was up in front with me a few metres behind. As we cycled along the views to my left were wonderful. It was only with the greatest self-control that I did not get off the bike and start taking photos. As I continued up and up it occurred to me that for once there were no cars going up or down. We had the Beacon to ourselves and this really was a very good time to do this.

Finally we reached the top which was the start of more photos. This done we headed off to central Brighton. Again the roads were devoid of all cars which was wonderful. The last few miles into Brighton were free-wheeling and raving at the the seafront we had done it. 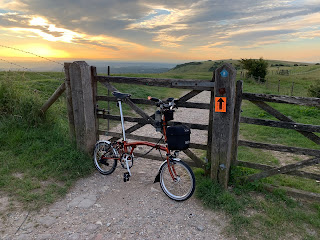 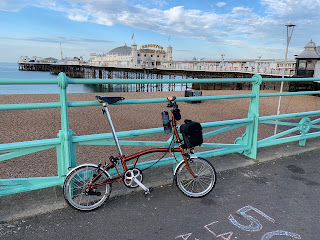 After a few more photos we headed straight for the station. With about 5 minutes before our next train, I collected my ticket from one of the ticket machines and we boarded our train. I was to get off at London Bridge at about 07:40, while Dr John headed a little further. Cycling to a nearby tube station I was home before 08:30. 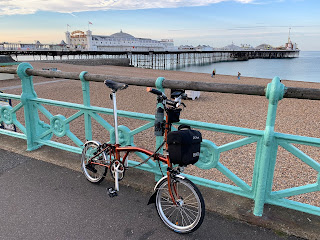 This was a lovely ride. Dr John and I have now completed this route several times. Both of us like it a great deal and I suspect future rides featuring the half-way stop at the 24-hour services rather than outside the Scout Hut will add another dimension. Many thanks to Dr John for again being my cycling partner for this ride.

Next weekend is the Dunwich Dynamo. From now until then I will have to make sure that I am fully prepared and have a good think about what to take/not take with me. I am looking forward to it and I am sure Dr John (it will be his first Dynamo) will enjoy it greatly too. 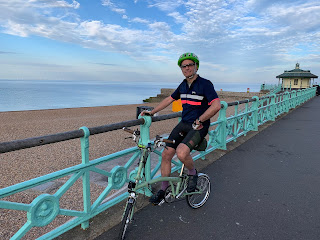