Using a Brompton on canal towpaths

A recent article in 'The Guardian' caught my attention and got me thinking whether I agreed or disagreed. The article was titled, 'On roads, cyclists are vulnerable - but on towpaths they're a menace.' 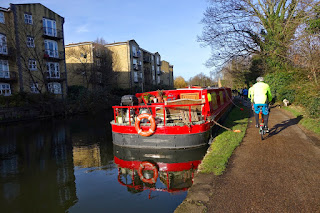 The article tells of the huge increase in cycling (surly a goo thing) many of which choose - in large numbers - to cycle on canal towpaths that are narrow, uneven and bolt during the Industrial Revolution for horses to slowly tow boats. It goes on to state that cyclists using canal towpaths as a key commuter route is not sustainable.

My experience of using towpaths in rush hour is limited. Yes they have been busy but not a problem. he section I always use is that from Ladbroke Grove to Primrose Hill - which is perhaps on of the busier routes. Ask any cyclist they they are using this particular towpath during rush hour (or perhaps any other section) and the answer will be quite obvious - no cars, safer, feel more confident. 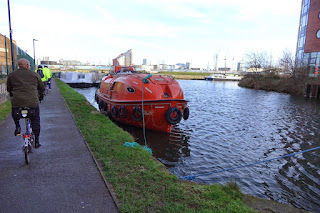 The article goes on to subscribe to a trial ban on cycling on canals at peak times, with on-the-spot fines issued at various checkpoints for those who ignore this. This I really cannot agree with. Make roads safer and continue to invest more in the cycle infrastructure and those using towpaths as their commuter route will almost certainly switch. Prohibiting cyclists from using their bicycles on canal towpaths during peak hours may result in many abandoning their bikes altogether. This wouldn't be good at all.

When I cycle on a towpath, I always give way to pedestrians, dog walkers, joggers etc..,  and do so to other cyclists when and where appropriate. I try to be courteous and polite at all times. In doing so I have not had any issues or been the cause of any. 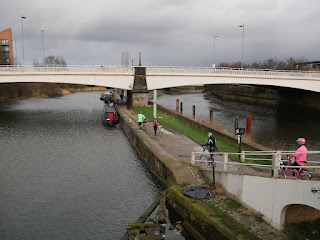