It was great to see Geoff again. While I navigated via my Wahoo, Geoff was using the spoken turn by turn directions on Ride with GPS. Both worked well. 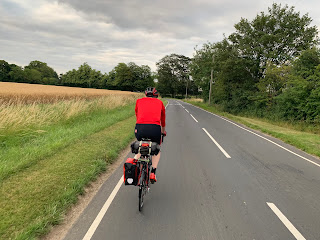 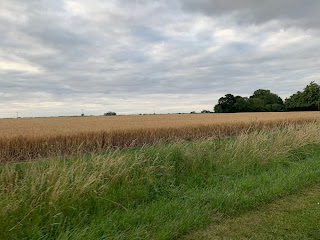 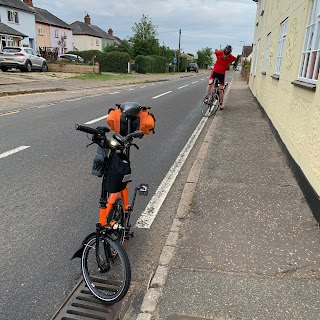 
The miles flew by on fairly quiet roads and before we knew it 44 miles were up and we stopped at Finchingfield. A pub was selling cheeseburgers for £5 and I bought one.  It didn't last long as it was pretty good and just what was needed. 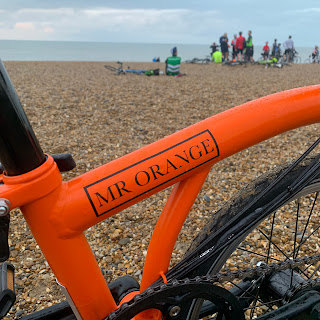 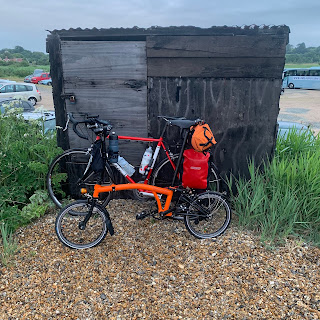 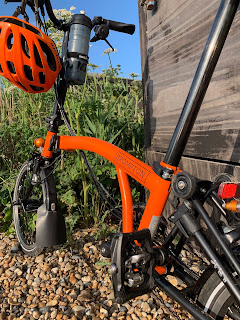 
I didn't actually feel too bad the next day.  Apart from feeling a little like I needed an early night the next couple of days, I was fine. I think that if I did this next year I would definitely pack a lot lighter. I packed quite a bit of food and water but I need not have. There were lots and lots of locations along the route where I could eat or top up fluids. I would also check the route on my Wahoo as I had a few differences in the official tried and tested route. In all though I enjoyed this Dynamo more than any of the others.

Thank you to Southwark Cycles and Andy who out on the coaches and got us home. Special thanks to Geoff - yet again - who allowed me to tag along. It would have been a very lonely ride without his company and I am not sure that going it alone for 112 miles would have gone down well with Mrs Orange had I not ridden with Geoff.