Having lived in London all my life is something I have always enjoyed. The fact that you can pass locations that have centuries of history behind them it a joy. There is always lots to see and as perhaps in all major cities the new can be as interesting. One of the best ways to enjoy London is to go there early on a Sunday morning. Even a city like London needs a few moments where it takes stock, pauses and is less hectic than usual.

Yesterday I looked at the weather forecast which informed Sunday morning would remain reasonably dry and it was this that made up my mind to have a lazy Sunday morning bimble that would involve a vague route with a few photo opportunities on the way. I invited my partner in crime, Andrew and hoped that he would be able to come. Luckily he was free. The time and meet point was decided as being 08:00 by the Albert Memorial and it was with eagerness that I set off early this morning.

I was there just before the agreed time and had the chance to grab a few pictures before my riding partner arrived. I cannot count how many times I have taken a photo of the Albert Memorial but along with the Royal Albert Hall I never tire of it.

When at the age of 42 Prince Albert died in 1861 thoughts turned to a suitable memorial. After much deliberation a final design was approved and the design by John Henry Foley and Thomas Brock became a reality.

The Memorial was opened in 1872 having taken over ten years to complete. At 54 m (over 170 feet tall) is can be seen from quite a distance in Hyde Park and the surrounding area.

At the corners of the memorial stand four statute groups representing Europe, Asia, Africa and The Americas. The photo below is of the Asia group and is my particular favourite. 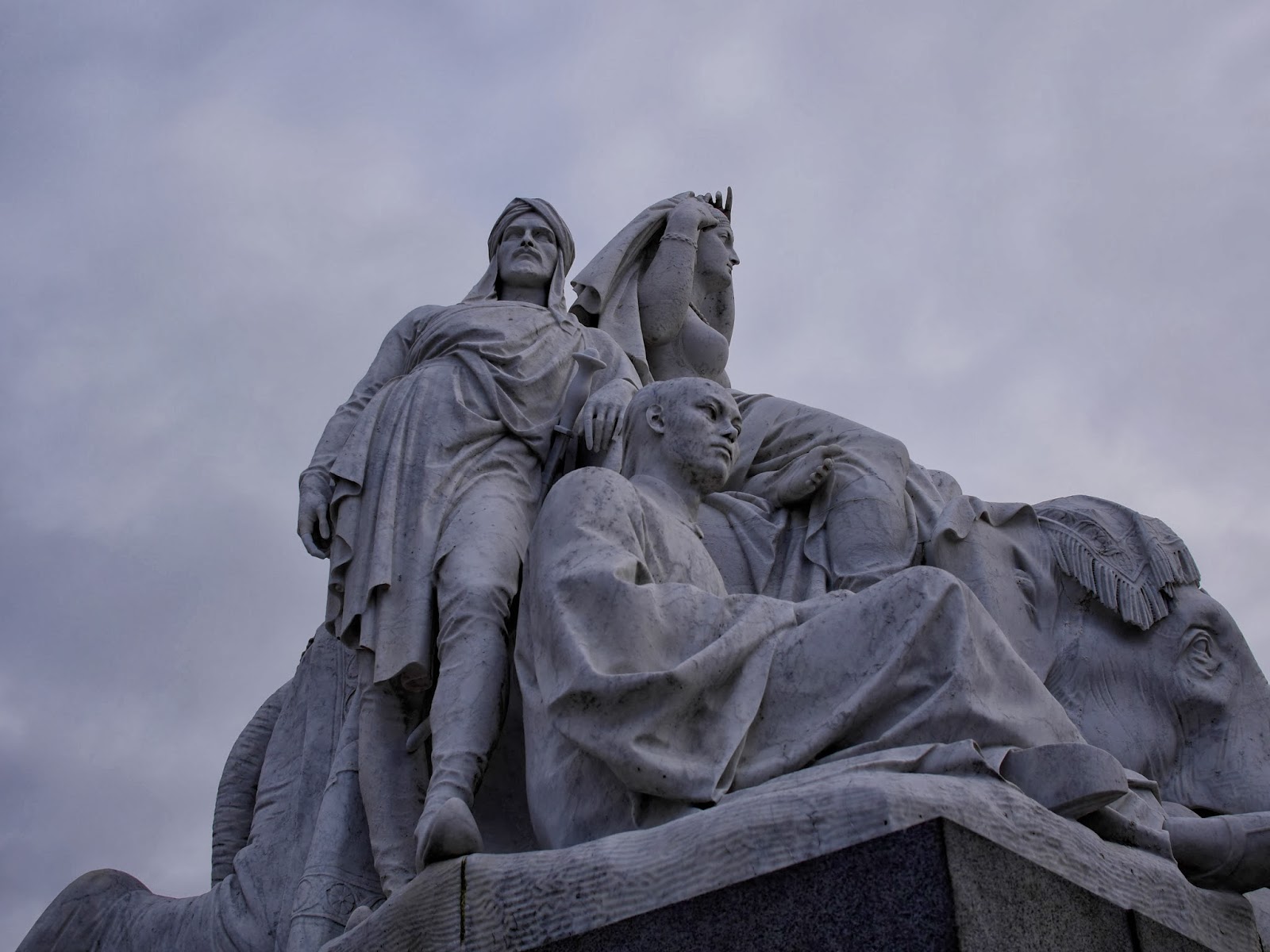 Opposite the Albert Memorial is the famous Royal Albert Hall - perhaps most famous now for holding the annual Proms concerts. Opened by Queen Victoria in 1871 it is now a world famous venue for all manner of events. Any discerning pop star /group cannot really say they have arrived until they have sold out at the Royal Albert Hall.

With my riding partner arriving a few minutes later we wasted no time and headed off to the City where lots of interesting buildings beaconed.

Passing through a quiet Trafalgar Square I was glad I had made the decision to come as early as I did. Strange to think that less than 24 hours from this time, the whole area would take on a different atmosphere where the car, bus, lorry and taxi would rule. It was great to be on an equal footing.


As we neared the Royal Court of Justice we saw a four police outriders and group of cars that appeared to be a government official or similar. We were informed that it was in fact filming for a new series of '24.'

We stopped briefly at St Paul's Cathedral to take a few photos. It also brought back memories of all the times we have met there or passed it on various rides. St Paul's Cathedral, Sir Christopher Wren's masterpiece with its famous dome has dominated the London skyline from the late 17th Century. It got its name from the original church on the same site founded in 604 AD.


The draw of the nearby Millennium Bridge over the river Thames that leads to the Tate Modern was too strong to resist, so we made our way to the middle for some more photos.


Taking photos on this bridge of my Original Orange Brompton is something I did a few days after taking ownership of it. Back then I could not have imagined racing in the Brompton World Championships, cycling from London to Brighton at night or meeting several other Brompton owners who would become good friends. 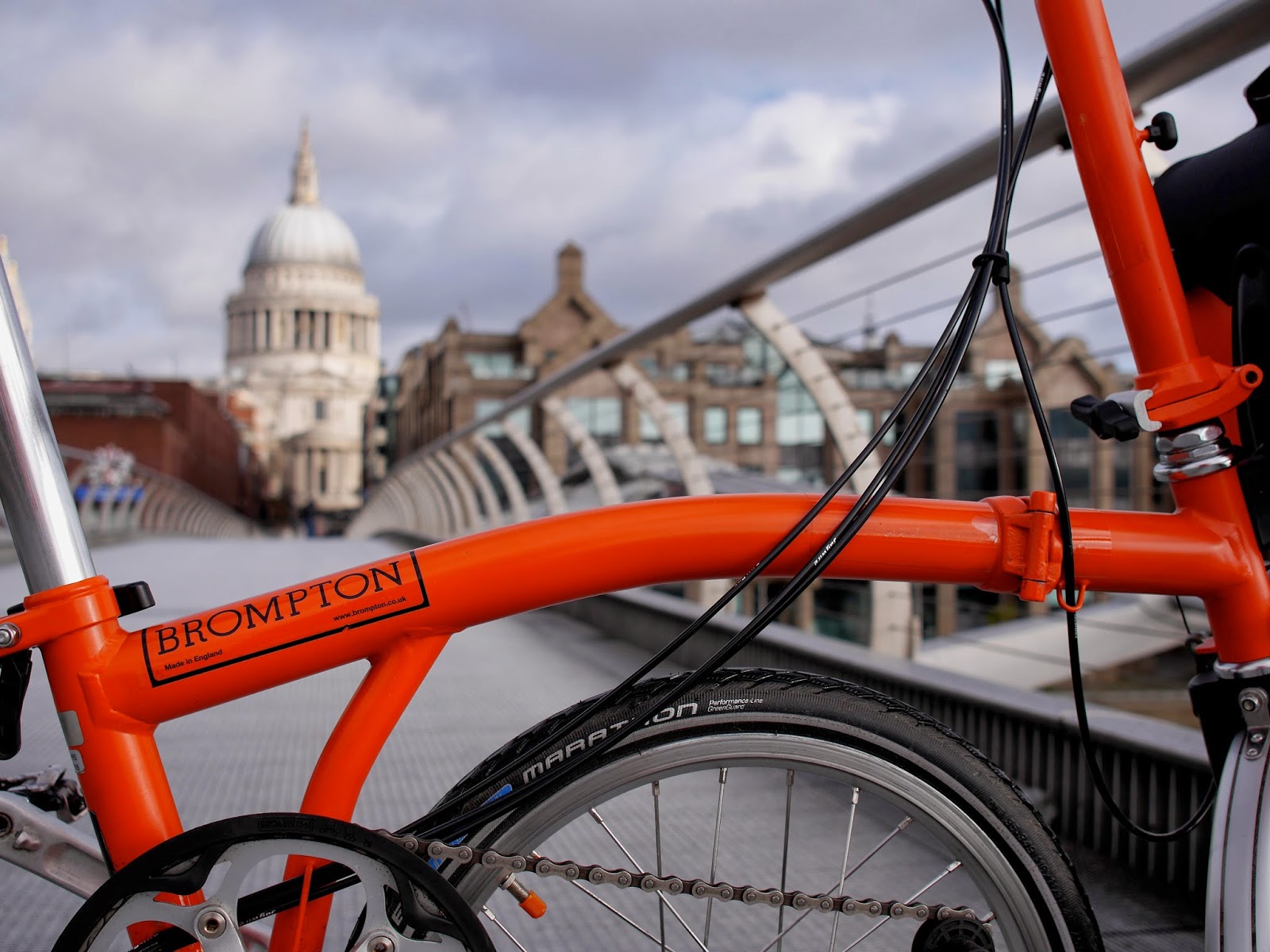 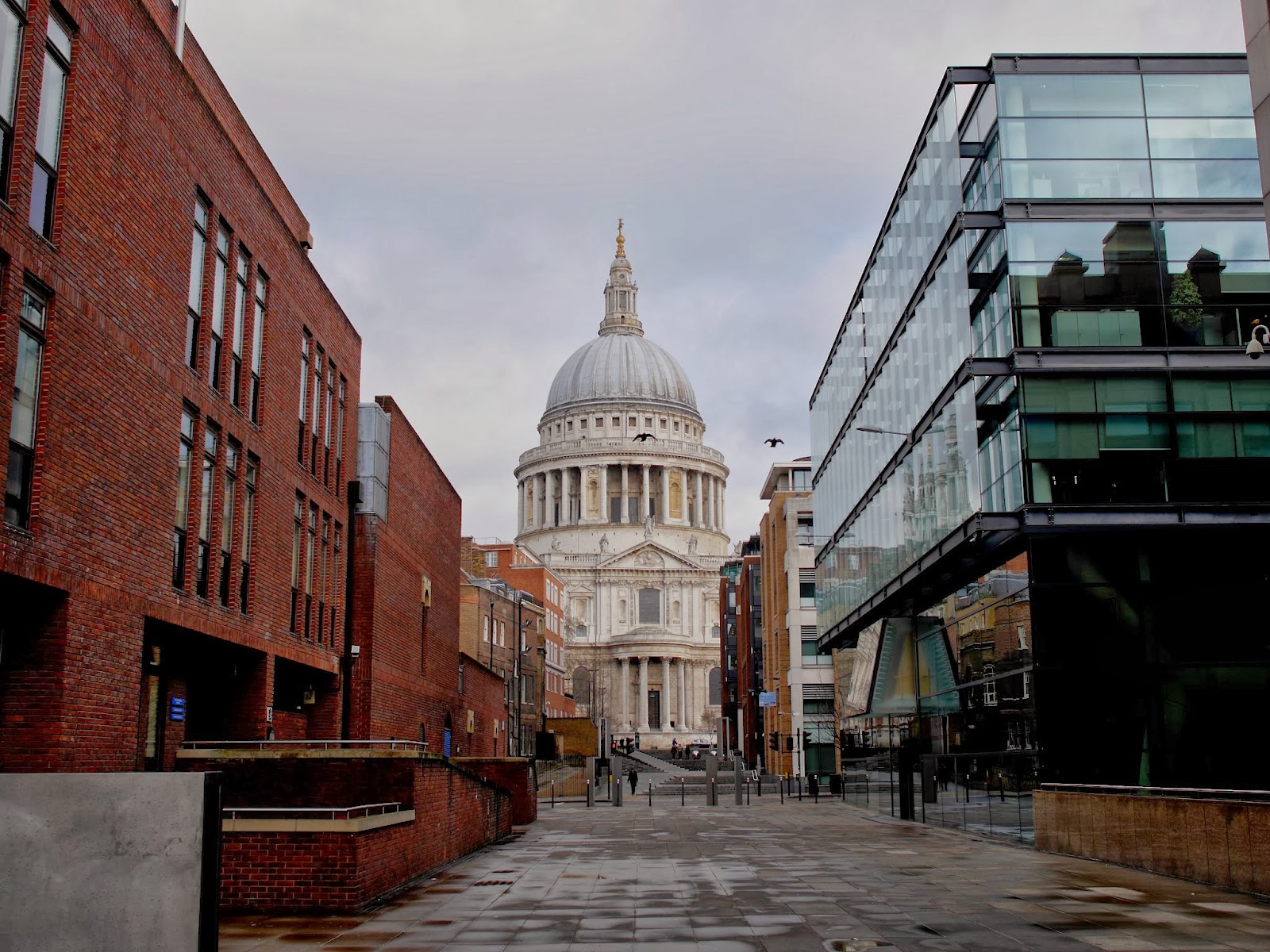 Heading further into the City of London we had to negotiate lots of road diversions due to building works. It was worth it as waiting for us were lots of rather fine buildings.

For me the star on the dressing room door at the moment is, 122 Leadenhall Street or to use its commonly know name, the Cheesegrater. This building is all but finished and is due to have its official opening mid year.

Designed by Richard Rogers it is located more or less next to another building he designed, The Lloyds Building. I like them both and for me much more interesting than The Shard which I just cannot seem to like in any way. 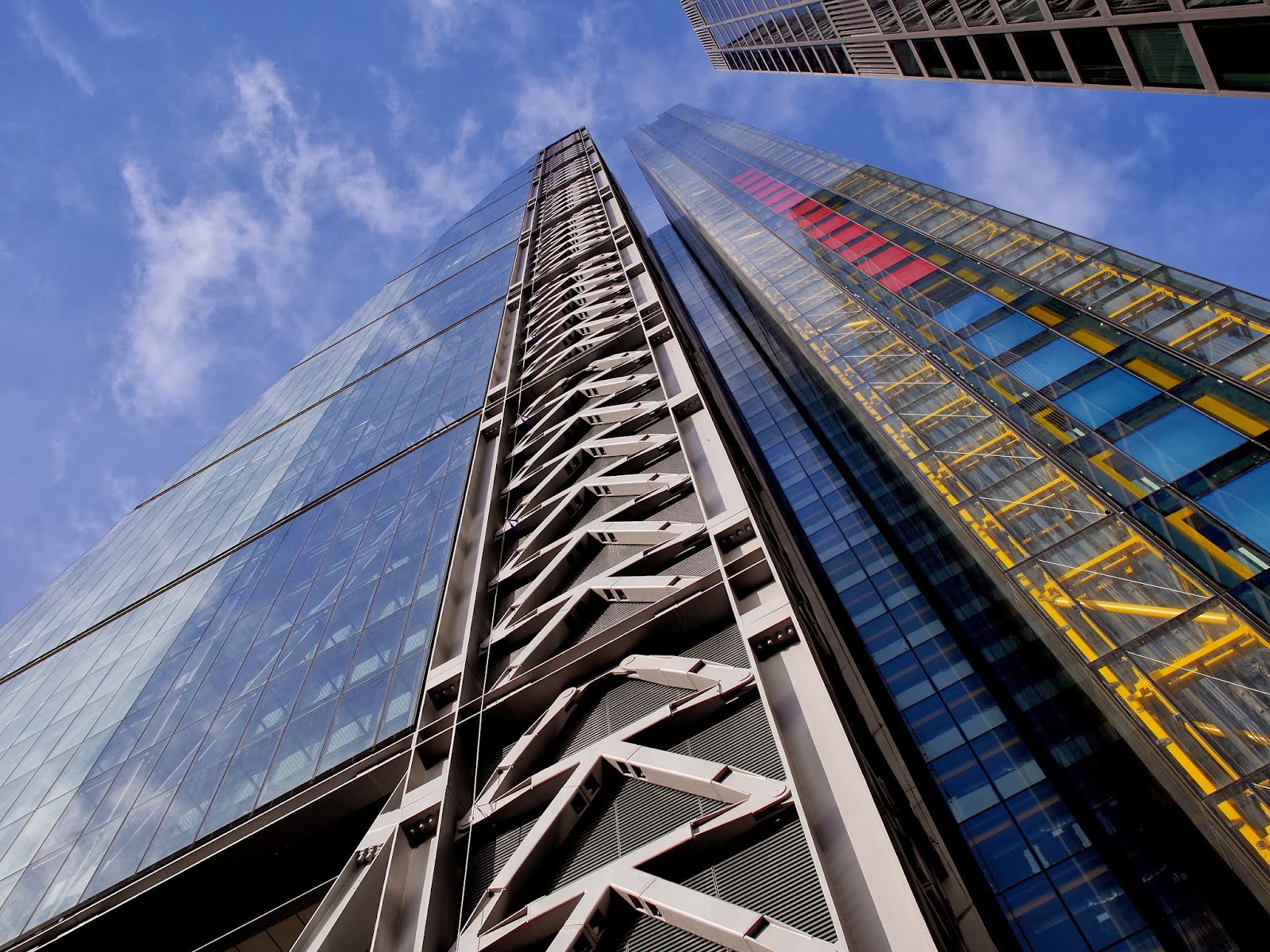 At 225m (over 730 feet) it is one of the tallest buildings in the City and certainly one of the most distinctive. I like it a lot and have watched it grow over the years. I have a link at the bottom of this entry where you can see a time lapse video I took showing the stage it was at last summer. 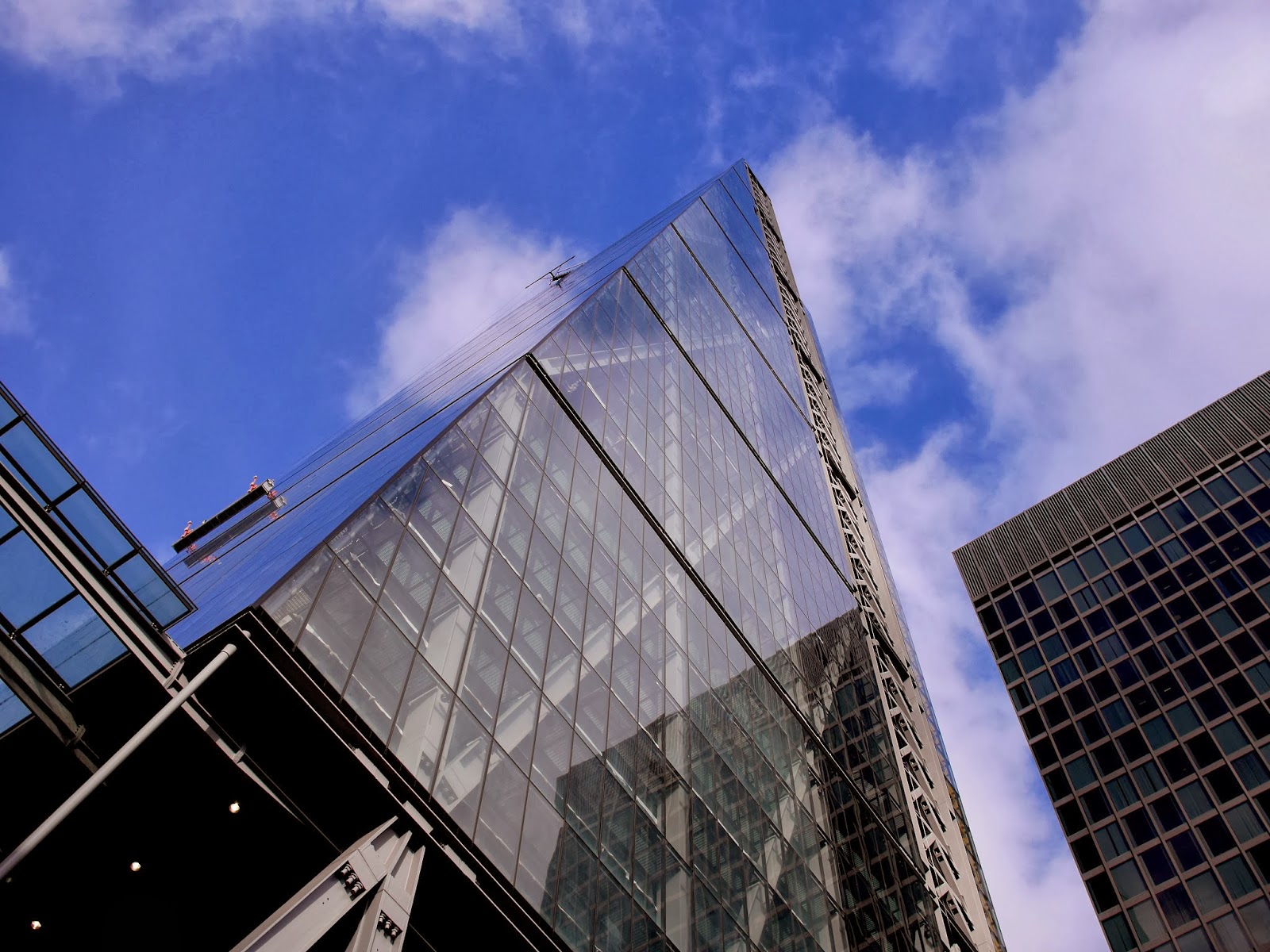 Of course not too far away is another favourite of mine, The Gherkin or 30 St Mary Axe. This is a building I have always liked and enjoyed taking pictures of. Regardless of night, day or time or time of the year, this building always fascinates as the glass reflects different amounts of light. 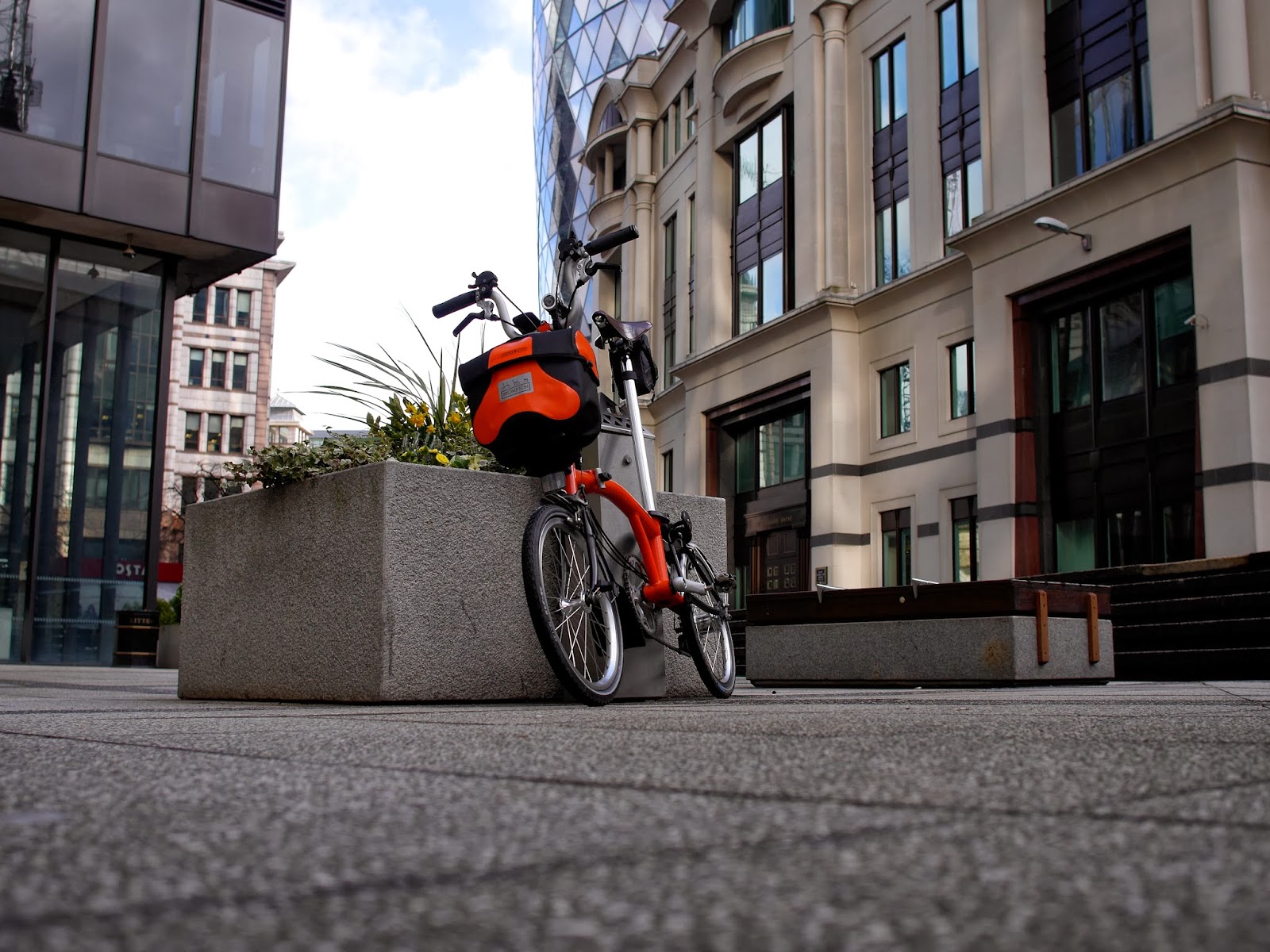 The Lloyds Building is another stunner but I have only ever been inside once and that was for an incredibly dull meeting. Despite my fondness for it I couldn't wait to get outside again!

Another old favourite is Tower 42 and in the morning sun it still managed to look cutting edge.

Heading back towards St Paul's we made a quick detour to Smithfield Market. There is an incredible amount of history in this area and meat has been traded at Smithfield Market for over 800 years but it means something quite different to me.

Smithfield is of course home to the London IG Nocturne a pure and elegant race that I hope to participate in later in the year. We did one circuit just for old times sake. 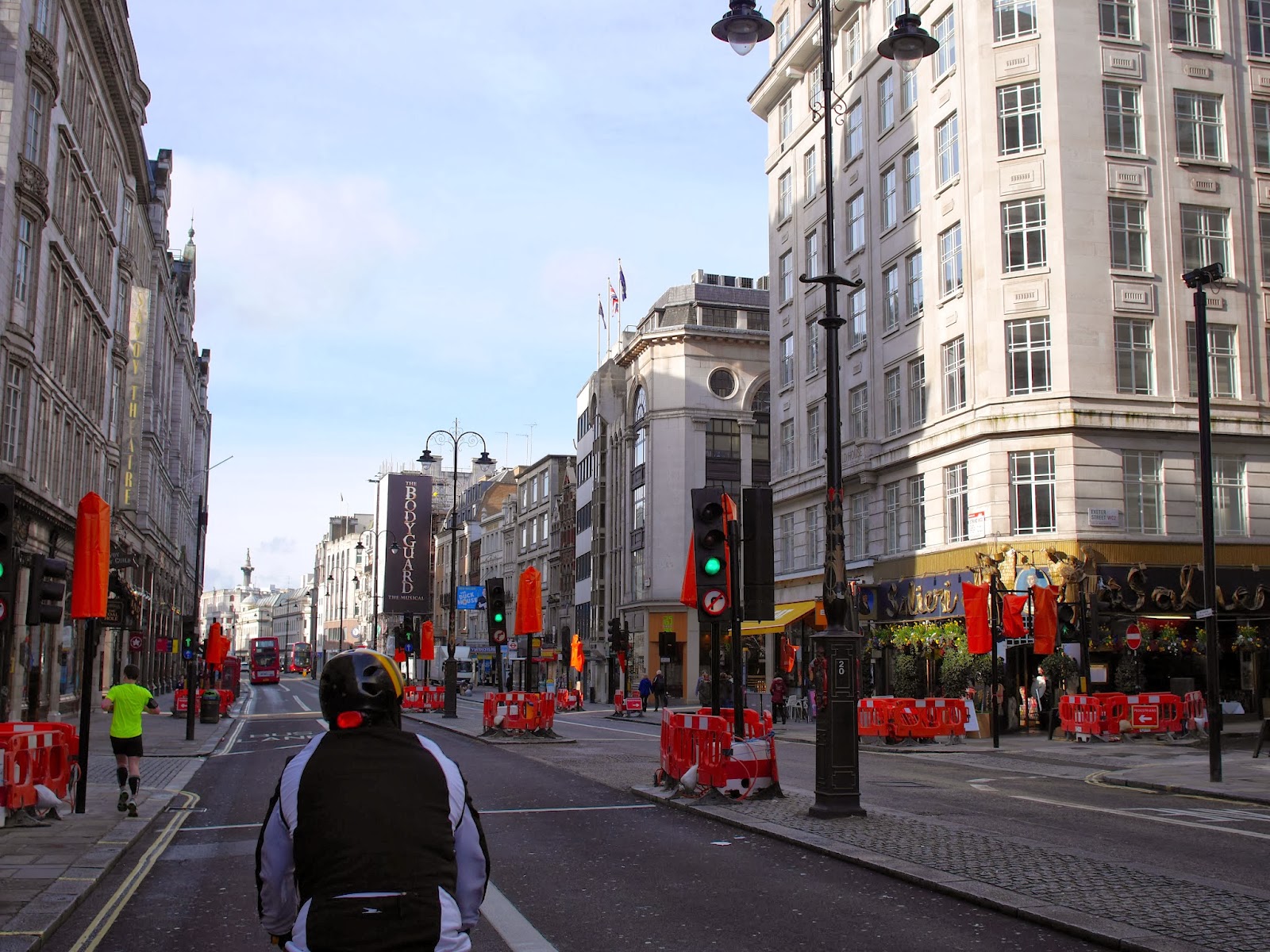 Heading back towards South Kensington we cycled along The Mall. As we neared Buckingham Palace we saw members of the Household Cavalry riding for the Changing of the Guards. They looked resplendent in their uniforms.

Saying goodbye to my riding partner I passed Buckingham Palace and noticed that the Union Jack flag was flying. This of course meant that the Queen was in residence. I doubt if she was looking out to see me go past but I nodded as I cycled past...just in case! 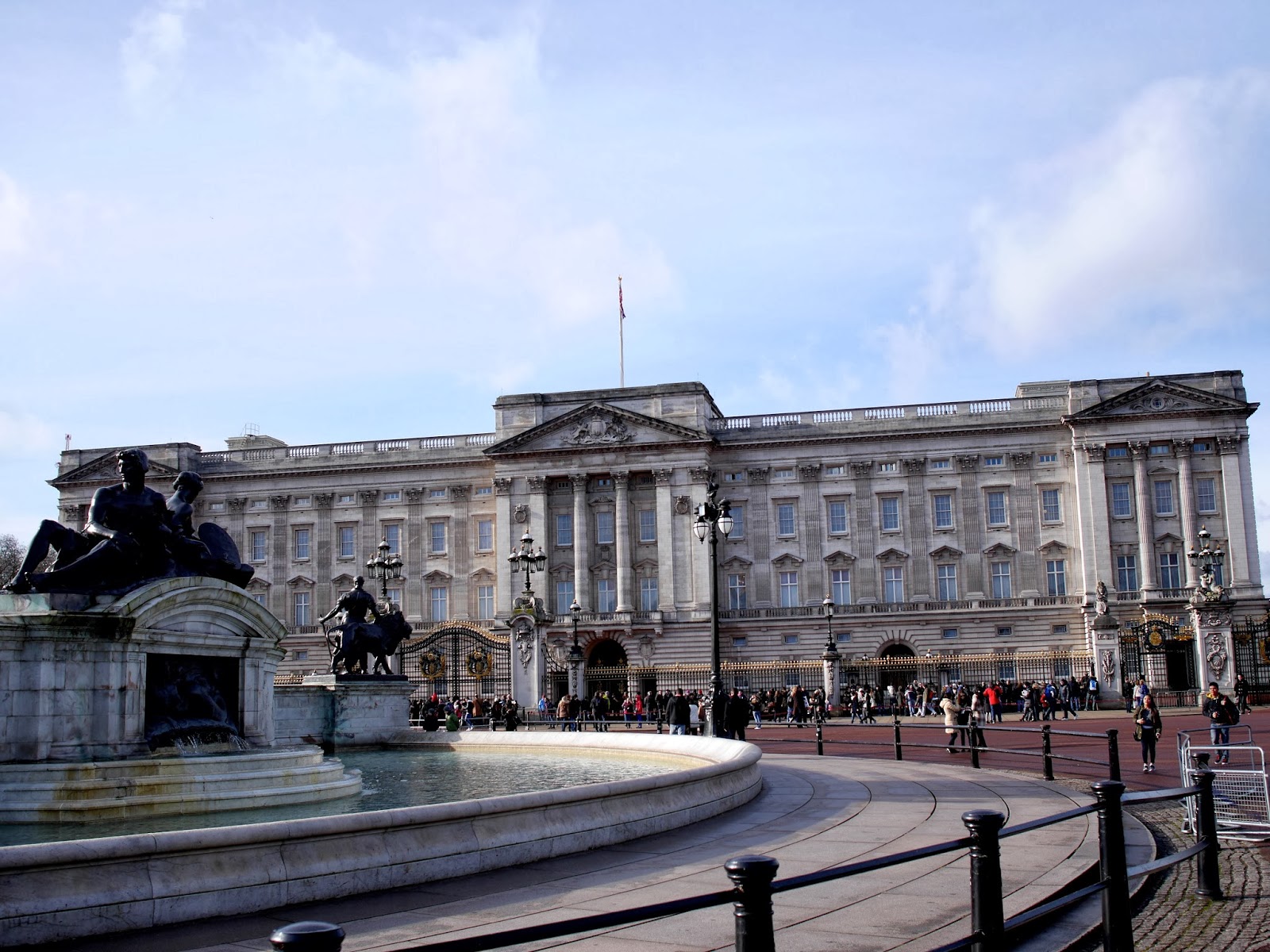 Passing Hyde Park Corner brought back lots of memories of near midnight gatherings for Friday rides to the coast. It made me look forward greatly to one that is coming up - the first of this year - in a few weeks time.


Back at the Royal Albert Hall I noticed the Royal School of Organists building. Is this now used in that television programme 'Mr Selfridge' as his London home??


This morning was a great little ride. Pace, speed and endurance was not given a thought. It wasn't that sort of ride. It was good to see my riding partner and simply enjoy each others company. My riding partner is an accomplished photographer, whereas I just hope for the best and it was good to get out and see all the interesting angles he takes pictures.

I wrote earlier that I have done this ride many times, especially when I first owned a Brompton. It is great that owning a Brompton has allowed me to get fitter, save some money (well maybe not with all the upgrades and gadgets) and go on lots of adventures, but perhaps the greatest thing has been to enjoy simple friendships such as I have with my riding Partner BumbleBee.

Time lapse showing the Cheesegrater under construction
at March 02, 2014