Sun Along, On, Over and Under the Thames!

The people of the late Middle Ages were prone to believing in portents and omens. I write this as my start to the day could have been likened to them. I decided to head out early as I wanted to get in a good fast paced run as I knew that the, 'Thames Triple Chaser 2014 (Greenway Diversion)' to give it its official moniker would be a gentle affair - due to shear numbers attending.

Getting into my car I started the engine, turned up whatever was on Radio 4 and put the car into gear. No sooner than I had done this my windscreen was covered in what was a vicious and full blooded aerial assault! So shocked was I that I had to engage an emergency stop - it was as if I were back taking my test with a chap banging a copy of the Highway Code on the dashboard. My first thought was Albatross and then Golden Eagle,  however this was soon dismissed.  The creature remained unknown.

This occurrence could have been taken, perhaps like my Middle Age cousins as a sign. Being an ever optimistic sort I regarded it as a lucky omen and proceeded with caution down my street!

I cycled from Brondesbury Park to Trafalgar Square in next to no time and managed a rather respectable pace. The roads were quiet which aided this. As I was earlier than expected I continued to some old haunts - Millennium Bridge, Gherkin, Cheesegrator and Lloyds Building.

The view from the Millennium Bridge was hazy and I was joined by a few tourists and joggers who had also risen early to secure less crowded views.


The strange thing about owning a Brompton is the desire to take photos of it. The sight of a tall chap squatting down taking photos of a little bicycle in bright orange, induced those walking the bridge to pause taking photos of the views and start taking them of me!

After taking several photos of my Brompton my mind was cast back to recent blog post, '10 Signs that tell you if you are a Brompton Geek.' I paused for a brief moment before accepting the inevitable and took even more photos! 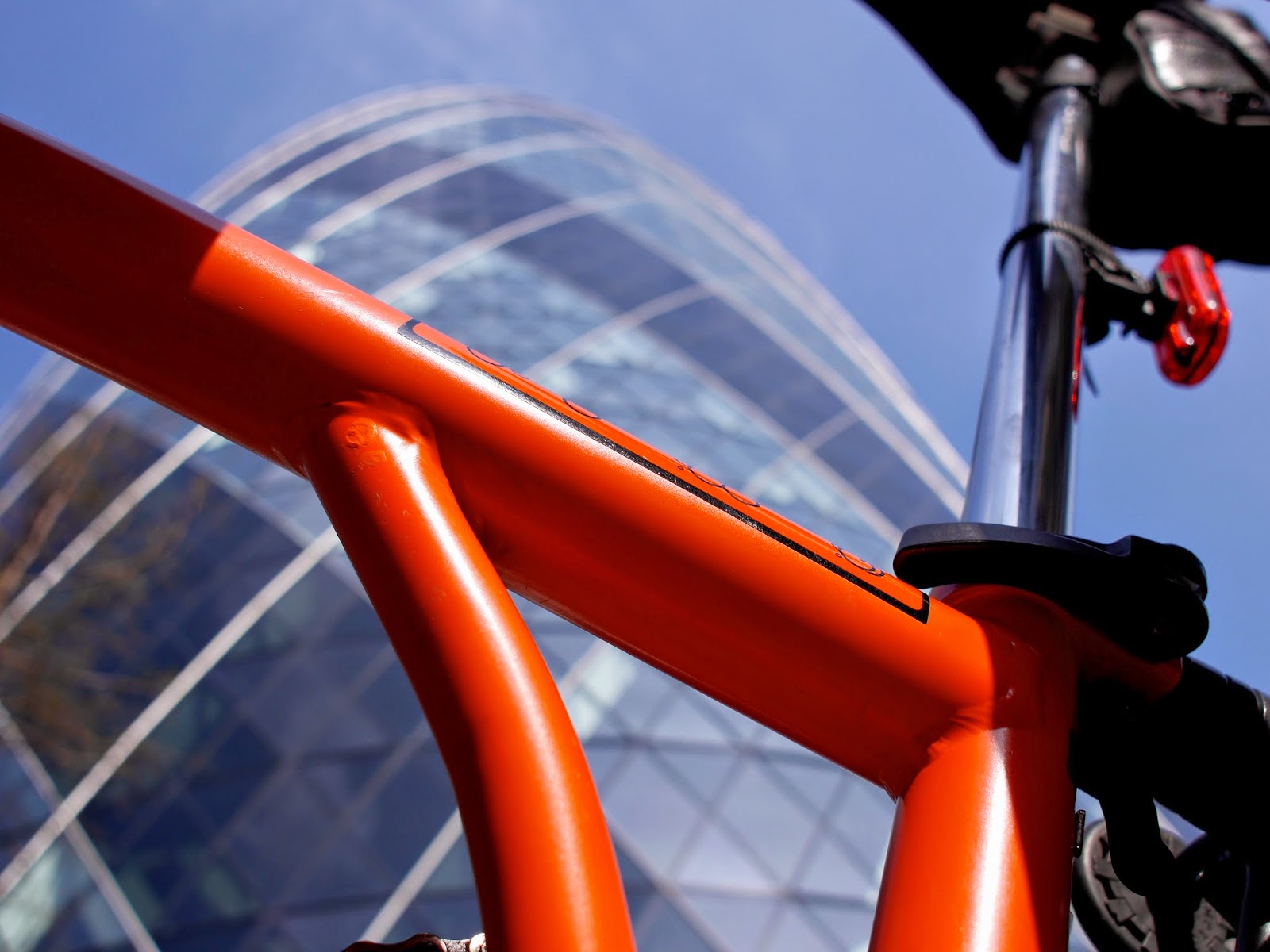 Again 122 Leadenhall Street - The Cheesegrator - was a draw for me and I was unable to resist taking several photographs of it. For me the star on the dressing room door has definitely moved to this location. 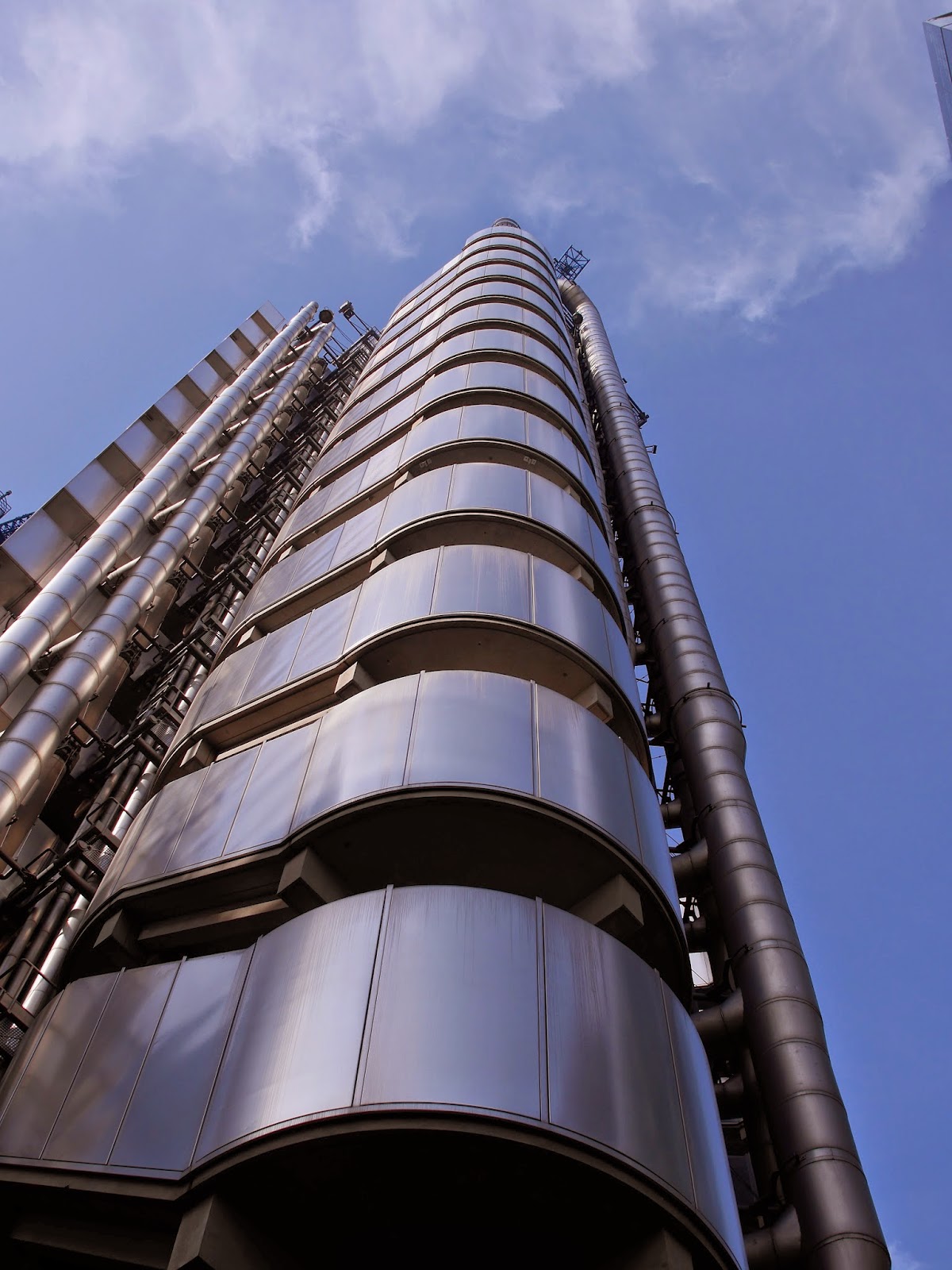 I was also able to catch a reflection of The Lloyds Building via another and it was at this point that I thought I had better get myself back to Trafalgar Square and halt trying to take arty shots of buildings!

At Trafalgar Square I saw lots of familiar faces and several new ones. Mark (King of the Hill) was leading this ride and it has always been a very popular one. This time 29 riders turned up. (It might have actually been more but I didn't bother counting.

Directly behind us a street entertainer who didn't seem to be entertaining anyone was trying to drum up trade. Unfortunately for him the sight of dozens of Brompton bicycles lined up in front of the National Gallery resulted in his audience numbering two!

Without too much fanfare we departed not too long after 10:00. I had agreed to perform the vital job of Tail End Charlie. This I embarked upon with enthusiasm but after about 10 miles in I got bored doing it and as the tail was taking care of itself I relived myself of this duty.


The early stages took us over the cobbles at Wapping. This provided some practice for the 'London Classic' which with its many demanding cobbles and even more demanding hill sections which will provide entertainment for next week.

Part of the ride took us along canal footpaths. I have written many times before that I am no fan of riding next to water. This section was narrow and as we gave way to other cyclists, pedestrians and joggers I cycled rather gingerly! As I passed people on the narrow footpath I must have said 'whoops a daisy' half a dozen times. This might have accounted for the puzzled expressions as I made eye contact. I must endeavour to cut this down to no more than five utterances! 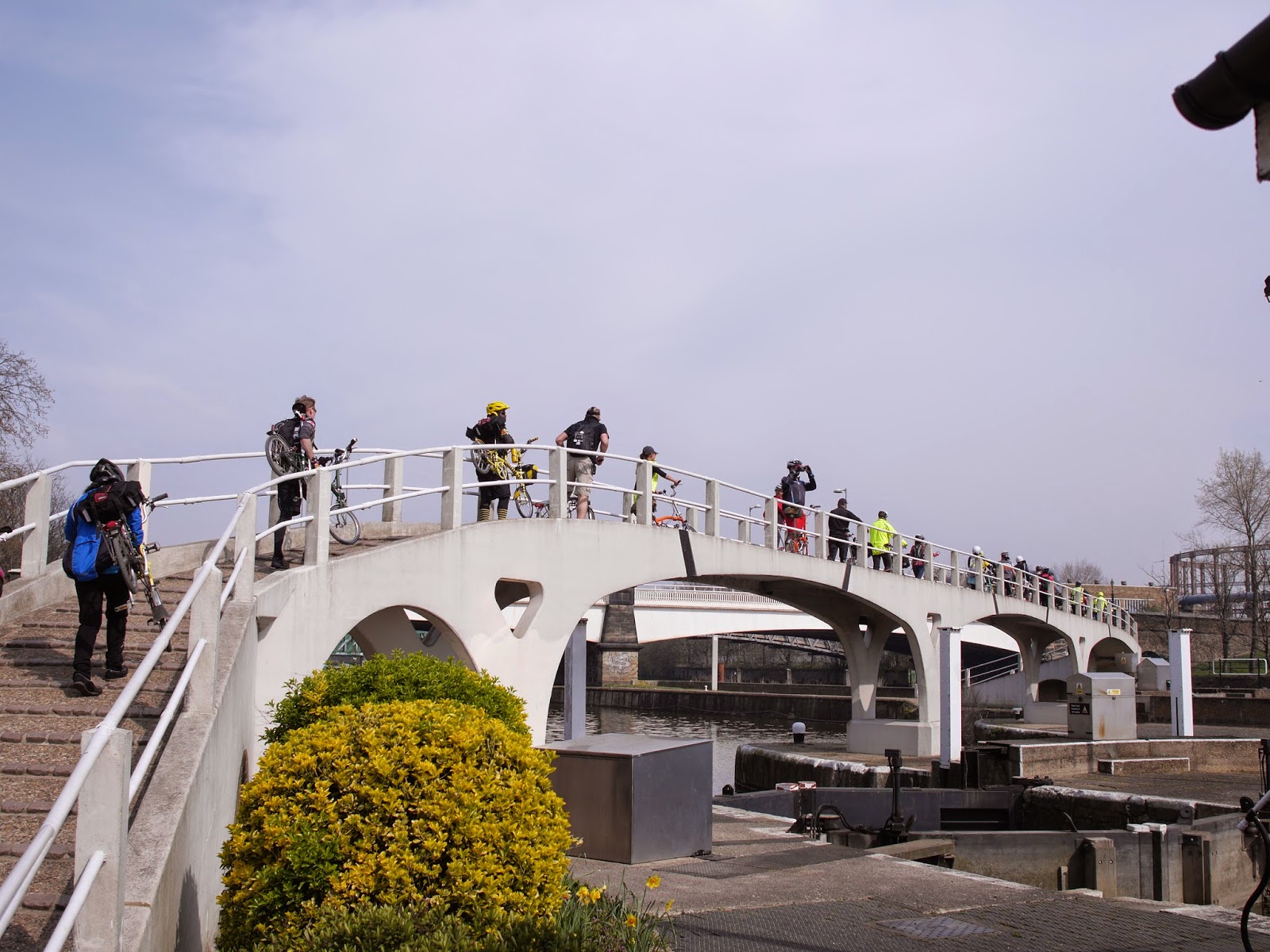 We stopped at the 'View Tube.' This is am interesting mix of cafe, bike hire and exhibitions housed in old shipping containers. Very unusual and perhaps worth another visit. There was even an upper storey that provided good views across to the Olympic Park.


One structure that dominates the view is the ArcelorMittal Orbit. You will soon be able to buy tickets to go up to the viewing platform - although what there is to see is questionable. Being Britain's largest piece of public art its purpose is I suppose to provide a legacy of the 2012 Games. For my money it looks like some sort of Blackpool Pleasure Beach nightmare where bits of old fairground rides have been cobbled together in some form of practical pleasantry. 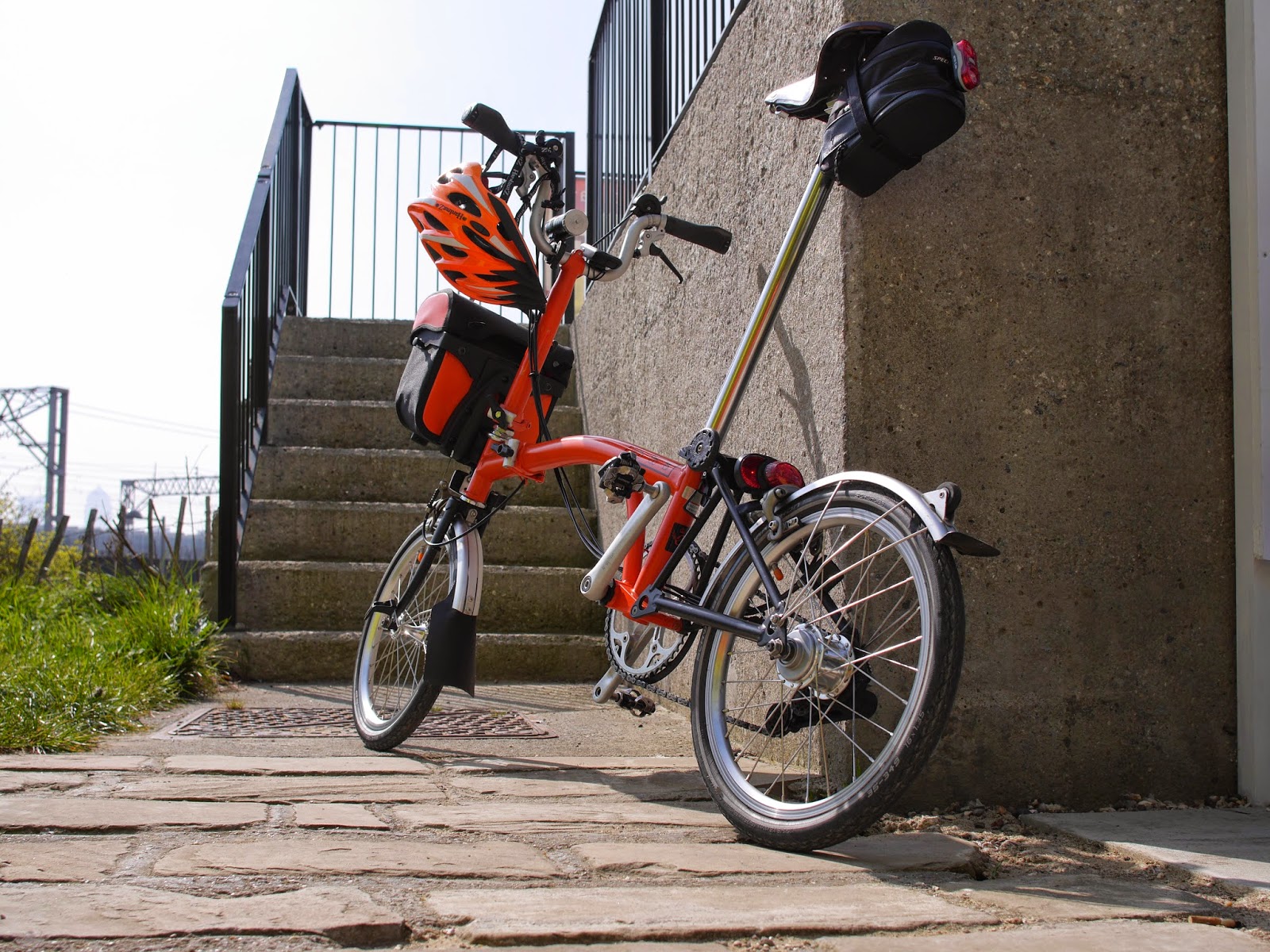 With our rest stop done we headed off again into one of the best days in terms of weather so far this year. Blue skies and wispy clouds were our companions throughout. 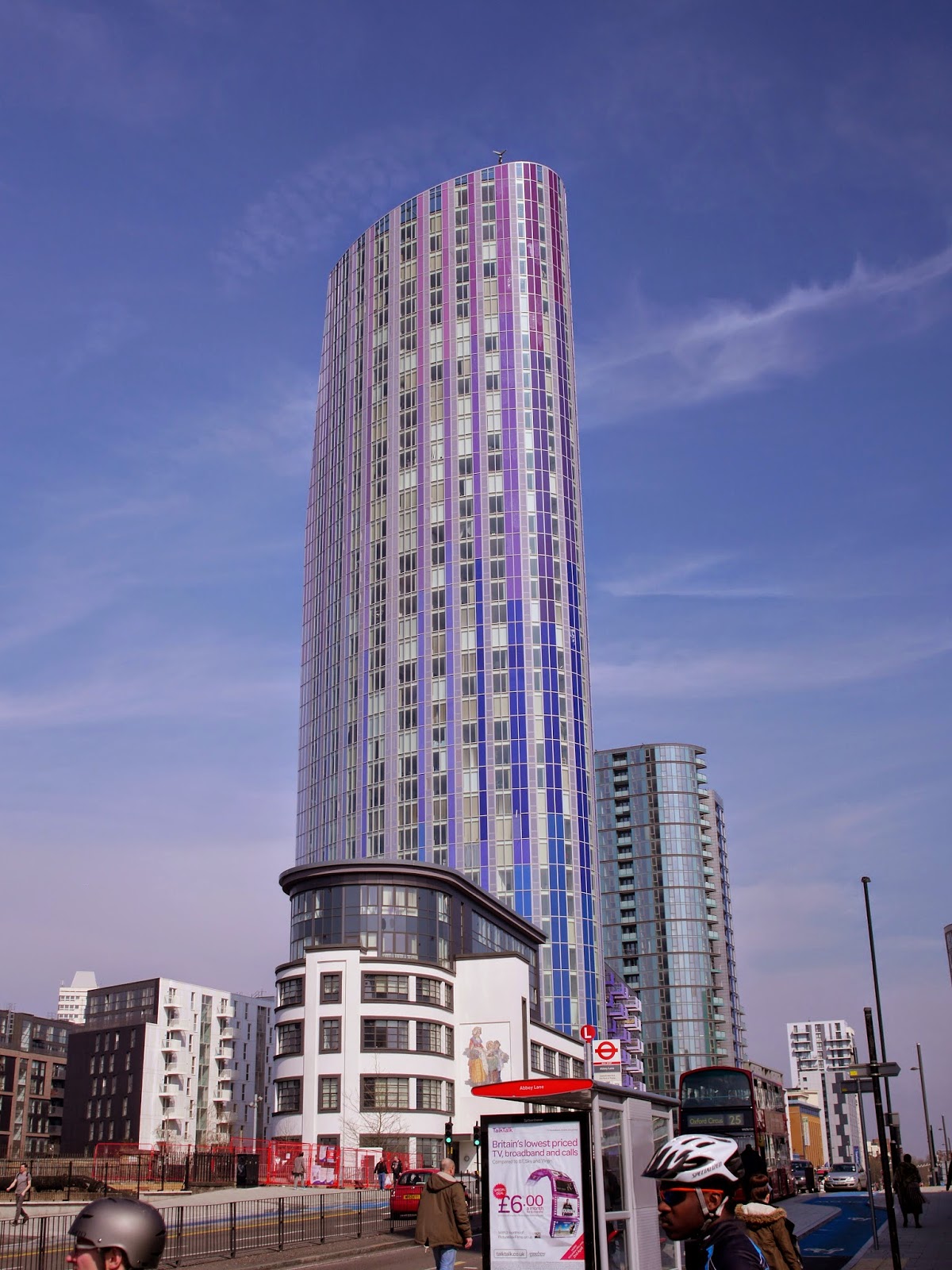 The Greenway section was a great addition to the route. Over several miles we would cycle along this until we reached the Woolwich Ferry. I suspect it will become incredibly popular as time goes by and when it has had a few years to bed in, will be stunning to walk, run or cycle along.


As on the Recce Ride we passed Abbey Mills Pumping Station. It would be wonderful to view it interior but sadly public access is rare.

We had to wait a  few minutes for the Woolwich Car Ferry but once onboard we completed the 'on' part of the Thames Triple Chaser.


Once off the ferry we made our way round to great views of the Thames Flood Barrier. These glistened in the sunshine and looked all the more pretty for it. 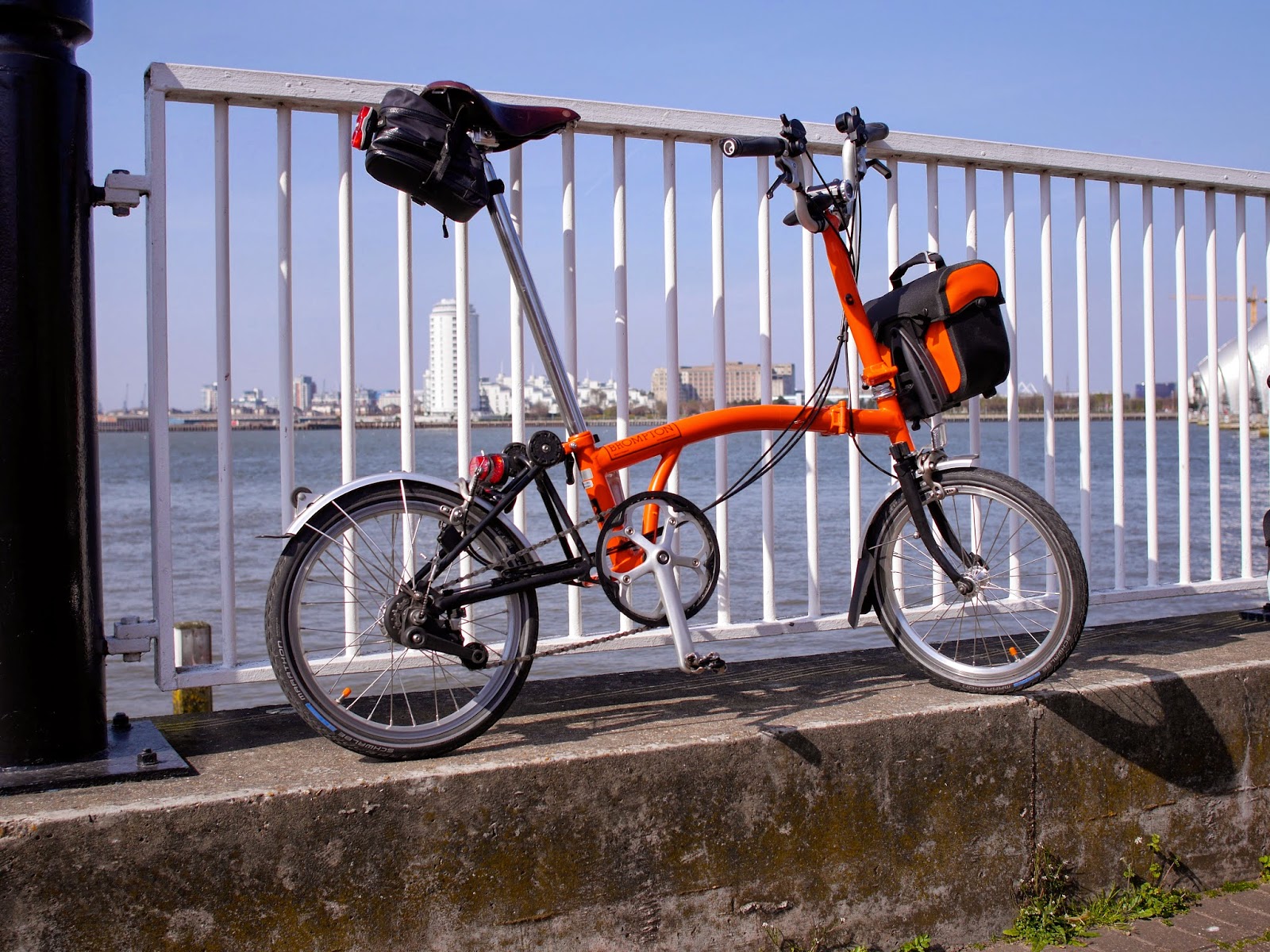 We stopped at the O2 for a spot of luncheon and for those who needed it a rest. As we ate our various food items the wind really picked up becoming quite strong. I hoped that this would not cause any swaying when on the Emirates Skyline - the over part of the Triple Chaser! Luckily the little cars were okay and we had a quick journey across with some wonderful views. 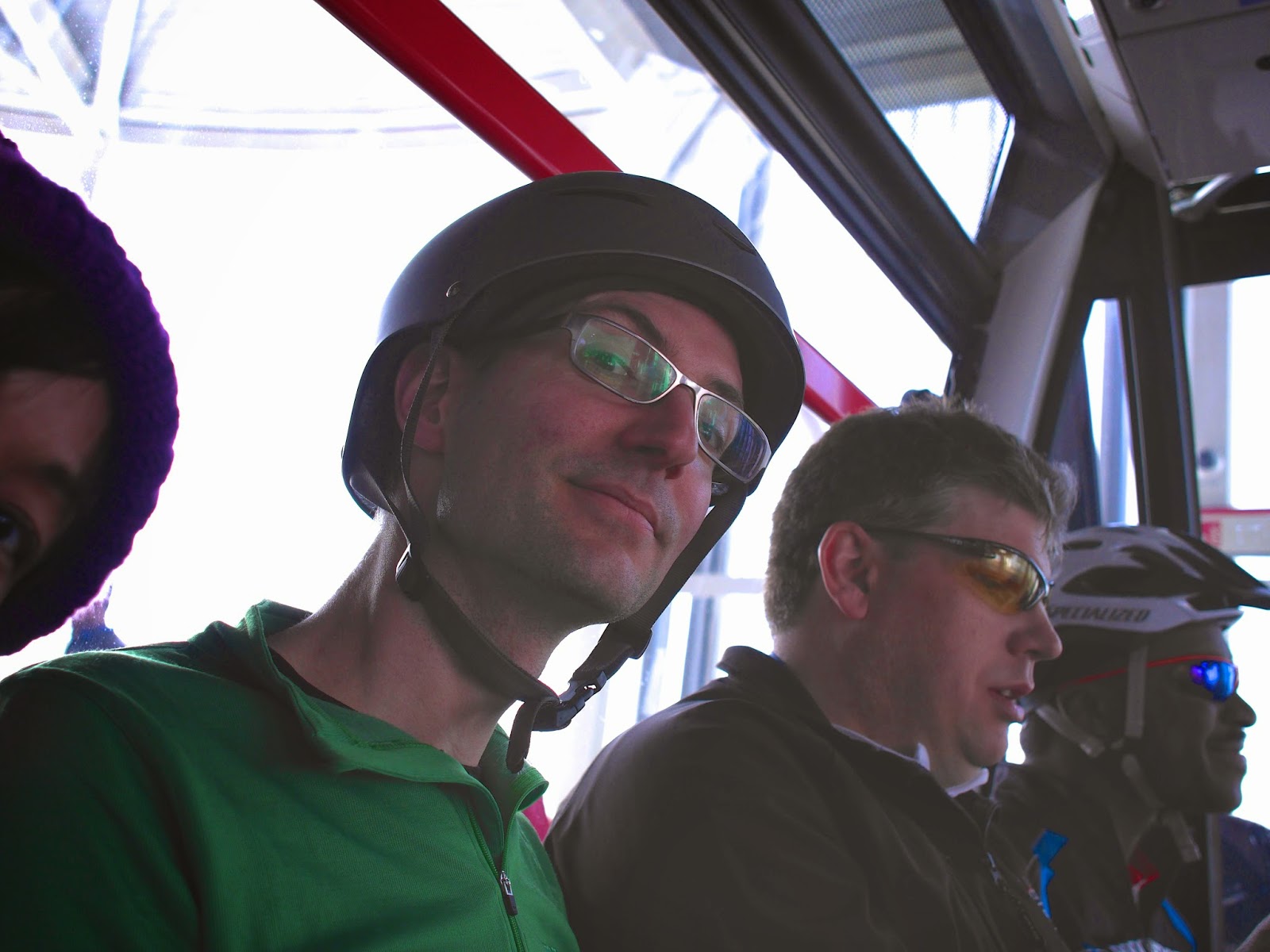 On the other side we said goodbye to quite a few of our number. The rest of us headed for Greenwich. Along the way view after view cropped up that begged to be photographed.


At Greenwich we stood at the other side of the River Thames for more photos before descending the stairs - of if lazy the lift instead - to walk under the Thames via the tunnel opened in 1902.

The tunnel was incredibly busy, more so than other times I have used it. I wonder whether the longer Woolwich foot tunnel further up the river is used as much?


Once on the other side of the tunnel we saw the familiar sight of the Cutty Sark which marked the end of this rather good ride. After one last photo some headed for the station, some stayed to chill a little in the glorious weather while others - me included - cycled back to Central London.


Saying goodbye to various riders while cycling I headed back to The Mall, Hyde Park Corner and Hyde Park itself. I wasted little time getting on to the Edgware Road which was busy in a quite astonishing way. There just seemed to be so many people out and about - perhaps as it was a beautiful day.

The Triple Chaser is one of my favourite rides. It is actually as good in horrid weather as this brings a gritty, industrial dimension to the views. It was lovely to see so many family faces and great to see some new ones. This was a very successful ride and I am sure I can convince Mark to run yet another version of it! Many thanks to Mark for organising and leading such a large group.

You can view the map and vide data for the ride (lap 1) and part of the journey that ended near where I parked.