The Write Up for the Richmond to Oxford Trip

This morning I woke up without any aches and pains, no stiffness...nothing. Perhaps I am getting fitter? I start with this as yesterday was my first participation in a London Brompton Club (LBC) ride. It was an event thought of and partially organised by yours truly. It was a day as I have said in blog entries building up to yesterday that I have looked forward to greatly.

Regular readers will know that the Oxford route was a bit of a nemesis for me. I felt prepared this time. Pasta the night before. Lots of water the night before. A good breakfast and plenty of fuel for the journey. I also felt fitter. My mini training runs and eating healthier have all helped me lose a stone in weight from two weeks before the Brompton World Championships. In short I was read for this.

I was up quite early and off to Richmond. I arrived in good time and soon the riders began to filter in.

With Mick B and Amanda to join at Egham

It was great to see so many Bromptonians out in force and the Saturday morning shoppers at Richmond certainly had something to stare at.

I had sent David the route used by the Small Wheels chaps when I went with them from Oxford to London. David very kindly looked at the route, reversed it and tinkered with it. I am very grateful to David for agreeing to take the lead in navigating for this event and he got us to Oxford with no wrong turns.

We set off shortly after 09:00 before taking a group photo in front of Costa Coffee adjacent to Richmond Station. 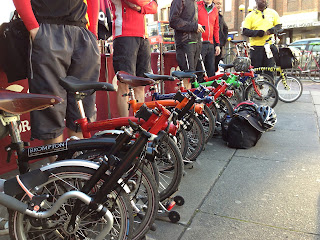 With this done we were off, eager and optimistic. With David leading the way we followed and it wasn't too long until the urban sprawl thinned out with each passing mile. Going through Bushy Park we were treated to the sight of deer, quite happily grazing and nonchalant even to the sight of 11 Brompton bikes passing by.

We were making good progress and soon passed Hampton Court with the weather being particularly kind. There were clear skies, a gentle breeze and a certainly that it would not rain. It was soon after Hampton Court that we began cycling along the banks of the River Thames. The river was busy. Several rowing crews were out in force on still waters as were numerous pleasure craft. 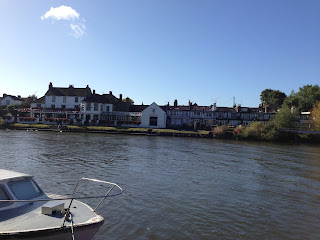 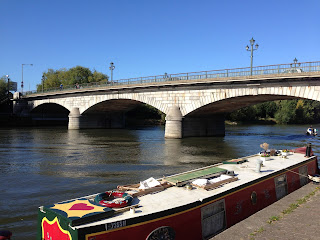 Despite these idyllic scenes I still could not get over my fear of riding a bike anywhere near water. A front wheel that got away from me under gravel, brought about me sliding and eventually coming to a undignified halt and a graze to my ankle. I must have looked like one of those rodeo riders, desperately clinging on to a wild mustang. 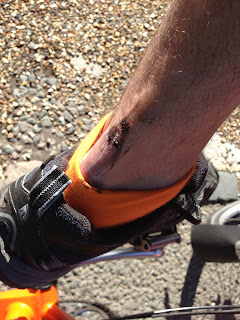 A few miles further on we saw a pub called the 'Monkeys Forehead' and the beaming smile of Mick B and Amanda who were joining us there. This pub was sourced by the Field Marshal of the LBC, Mick and he did an excellent job. Like a Hobbit, I had my second breakfast of the day for the princely sum of £2. It was called the 'light breakfast' but was packed with lots of goodness. 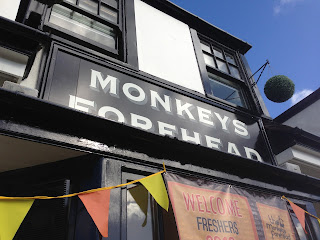 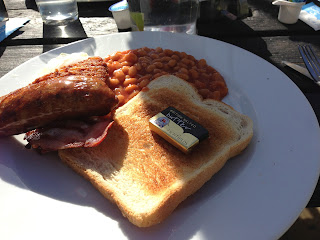 With 2nd breakfast over we headed off and soon found ourselves in Windsor Great Park. The polo grounds were being maintained and we passed the clubhouse and spotted another photo opportunity. 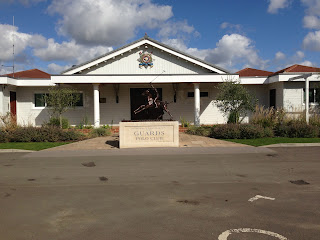 As we pressed on we started to hit serious countryside and the open road. Sections of road stretched for miles. At the 20 mile mark we started to encounter some climbs. They were sustained and proved demanding. It was also at this point that we were treated to copious amounts of Red Kites soaring overhead. I chance they were swooping in to take in the sight of 13 Brompton riders. Yellowhammer could be seen and heard in the many hedgerow that lined the road and Jackdaws sang in chorus, as if to encourage on further.

As we passed a quaint village an elderly couple could be heard saying, "oh look, Brompton's!" You certainly wouldn't get that if you were riding a Specialized or a Cannondale.

Not too long after our second breakfast the hobbit came out in us again as we spotting a lovely pub, recommended to the lead group by a local who gave us directions to it. 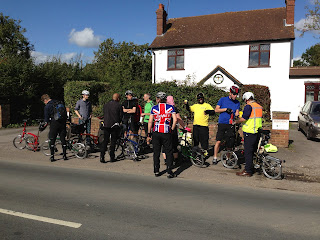 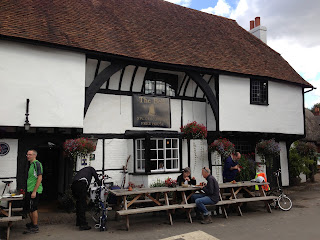 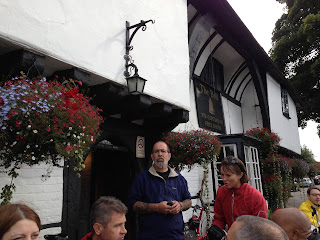 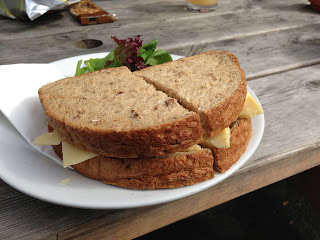 We reached Henley Upon Thames and saw no less that two wedding parties getting married on a near perfect day. 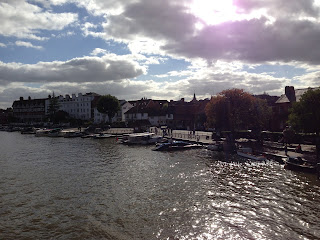 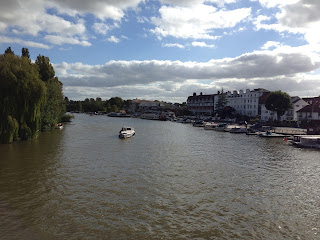 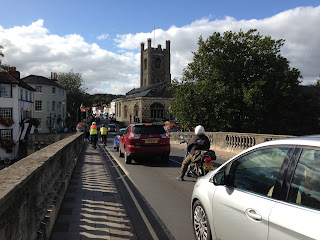 Mick and a few of the others were starting to feel the pace and a lead group would ride out and wait for the others to catch up. This worked pretty well but looking back I feel very guilty about the pace that was set. It was too fast. Mick was tenacious and his humour and determination was something all could admire.

At 38 miles the lead group hit the mother of all hills. This was a sustained and serious incline. Mike was off in to the distance and Mark W and I tried our best to get up the hill without walking. Not too far from the top I was off my bike walking, with Mark joining thereafter. It was tough!

Pressing on we made it to the outskirts of Oxford and eventually the gleaming spires. We'd done it. Richmond to Oxford done. We headed for the train station were we said our goodbyes to those who had had enough. The rest of us retired to a great little restaurant called Giraffe before heading back to the station and London. 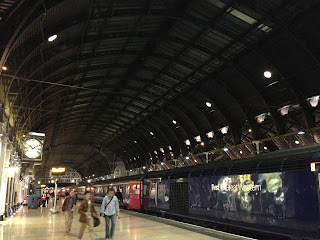 At Paddington we said our goodbyes and iCrazyBee and I were the last to leave. I am sure you will read of further adventures with my partner in crime quite soon.

It was a great day and more than a challenge. I felt pretty good at the end and a great deal better than I did the first time I attempted this. I really enjoyed riding in a group and realised a long held ambition of being in a Brompton peloton.

I am however suffering from a little guilt. I wager the pace was too brisk, too rapid. This was meant to be a LBC social ride, which it was but perhaps I got carried away dispelling my own demons of riding with 'Oxford' in the title and an inability to curb my competitive nature?

A big thank you to all who turned up and special mention to David, Mick and Geoff - you know why.
My thoughts now turn to what's next? One thing is certain, riding with a group of Bromptonians is an addictive substance that leaves one wanting more.

My ride data can be viewed if you follow the link: Richmond to Oxford Data