Last Monday, Mark (King of the Hill) asked what I was doing on Wednesday as he kindly invited me to join him and Dr John for a few miles of their London to Paris adventure. Initially, I didn't think that I could go as I had a few family things, but with some careful maneuvering and organisation I managed to free up some of Wednesday.
The start point was the London Eye - always a great meeting point for any cycling adventures - at 08:30. I took the scenic route from SW7 today and made it to the start to see Mark there almost to the minute. Dr John, who had stayed in a hotel in Kings Cross, was there a few minutes after. With the greetings done and the route eventually loaded up, we headed off. 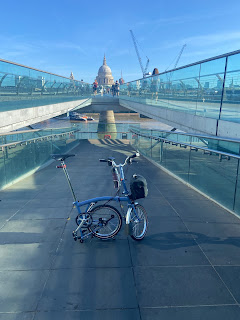 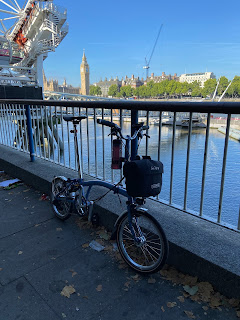 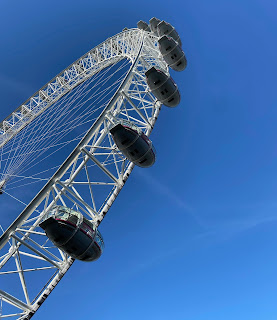 Mark and Dr John were taking the classic route to Newhaven. Later in the evening they would take the ferry over to Dieppe. Their route would be just over 85 miles and I would join them for just over 25 miles of that. 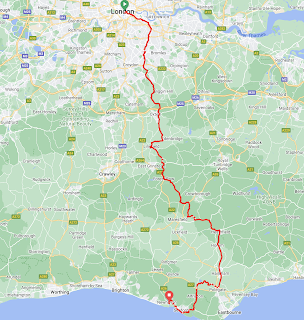 Even at this time of the day it was shaping up to be a lovely day. The sky was blue and the sun already out. We passed The Old Vic which brought back memories of night rides to the coast. Going straight ahead with the larger group rides and right with Dr John on our duo rides mainly to Brighton. Sadly, due to a combination of timing and more recently rail strikes we haven't been able to go on any of these. Hopefully, we will get a few in before the year is out. 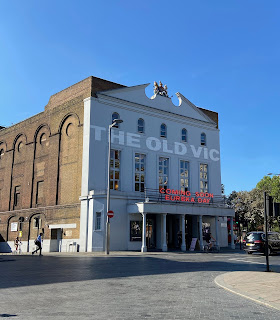 The route Mark had chosen looked a good one and did avoid lots of the busy stuff getting out of London. 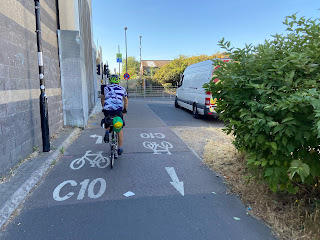 A highlight for me was passing through Deptford Market. I speculated as to when I had last been here and it must have been over 20 years. To me, not a great deal seemed to have changed (a good thing for a street market) and if truth be told I could have happily walked up and down a few times to soak in the atmosphere a little more. Another time perhaps - and not another 20 years! 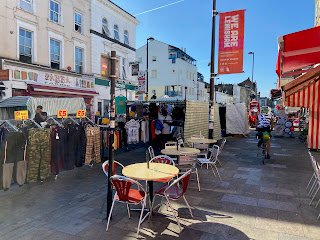 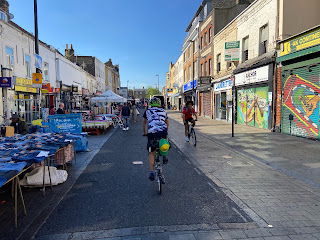 It didn't take too long for us to reach what could be described as countryside and things were starting to heat up. It was going to be a hot few miles for Mark and Dr John but they did have until 22:00ish to make it to Newhaven so they could take things reasonably easy. 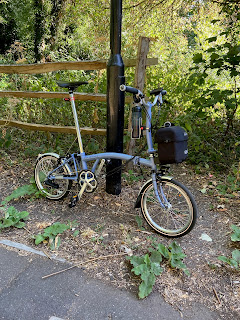 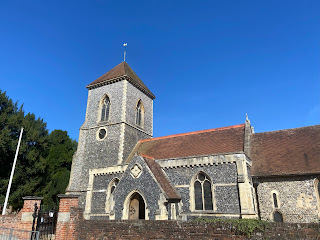 On the ascent of on of the smaller hills I had had to stop as I seemed to be down to only two gears. I tightened the cable after selecting second gear but it did take me a few attempts before I managed to get three gears again. Thankfully that seemed to do the trick and I was very grateful all was working again. 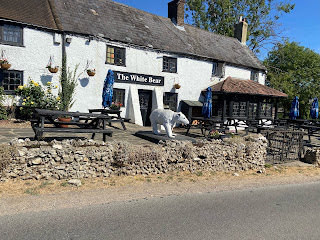 Just before reaching 25 miles at Oxted, we cycled down a really steep section of road. I say cycle, but with a 17% gradient it was a fast freewheel. I did see some poor unfortunate roadie grinding up at a snail's pace and did think that it didn't look like anything approaching fun! 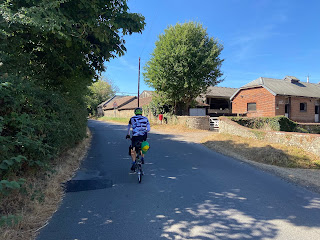 I asked Mark and Dr John to pose for a photo before I said my goodbyes. As I did I heard Mark yell out 'quitter! and just about heard Dr John chuckle. I love those guys! 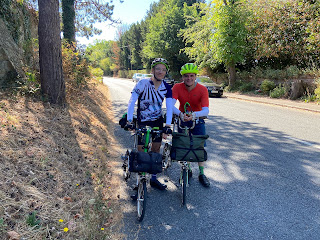 The train gods were shining down upon me as my train for London Bridge arrived about two minutes after I arrived on the platform. The journey back was quick and once back in the big smoke I was able to get back home very quickly. 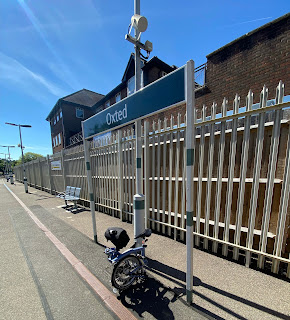 I cycled only 25 miles with Mark and Dr John which was far too short really and I could have cycled more but I had family stuff to do and family is everything.
Many thanks for Mark for inviting me for part of the journey with them and surprising it on Dr John and I wish them both happy and safe pedaling. 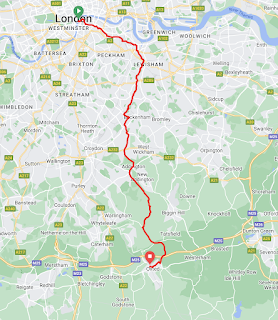