A new Cloud Blue Brompton to join the fleet!

A few weeks ago I managed to place an order for a new Brompton in the quite wonderful and new 'Cloud Blue.' On Tuesday the box appeared and my new Brompton had arrived.

Ever since the 'Cloud Blue' was announced I have admired it from afar. Seeing one in the flesh was even better. It has a strange quality when photographed. Outside the colour is a subtle pastel blue-grey. Inside or in lower light it, it appears darker. 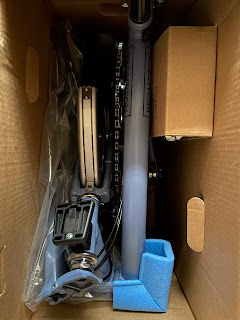 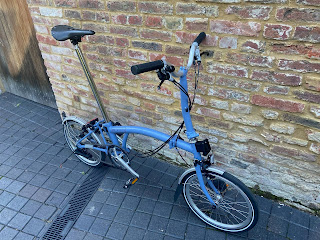 I was toying with the idea of putting on the spare hub dynamo wheel I have and front/rear dynamo lights however taking the bike for a couple of mini runs, I just like it as is. The option is of course there should I change my mind. 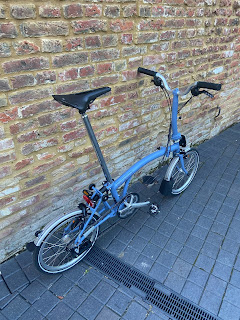 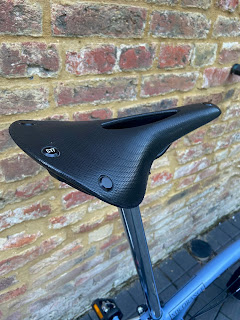 So why buy it? As always the moon and stars did seem to align to make this all happen and I went with the flow. The colour is quite a big draw for me and in short I love it. I have had a few Brompton bikes that weren't orange and they have all gone.  This one is different. The colour Orange has a rather special meaning to me and for reasons I won't go in to. This shade of blue has a rather similar sentimental attachment. I will say no more than that. 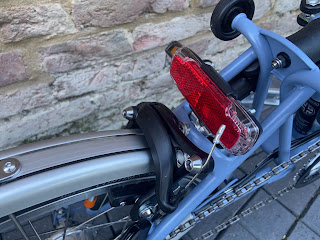 I am looking forward to getting to know this bike well and suspect it will have to appear centre stage on one of two night rides. Watch this space. Until then, stay safe out there people!! 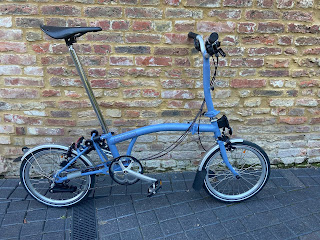