The end of the line for the Brompton P-Type!

The news is out there that Brompton will be discontinuing production of the P-Type handlebar. I have to confess a little sadness at this news that I knew was coming. 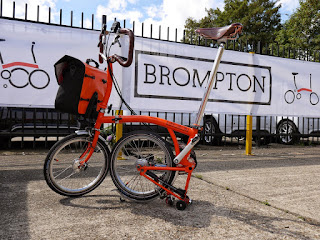 Offered first in 2005 the last of the P-Type bicycles have already been produced and no more will be. The P-Type handlebar was quite unique in many ways. It was a bit love it or hate it however there were quite a number of P-Type devotees all across the world. Judging by the emails I received when I owned a P-Type there was a massive following in the Far East. 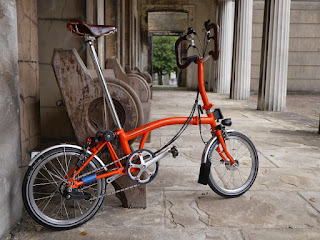 I bought mine back in 2014, selling it - I think - last year and while I had it, I enjoyed it a great deal. When I bought its replacement I opted not to get a P-Type and my new Flame Lacquer isn't either. I suppose I wanted something different. 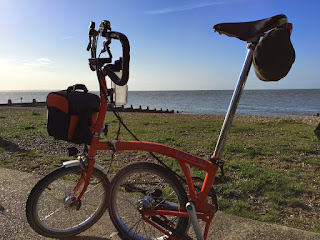 When I look at the photos above I do think back to all the adventures I went on. Perhaps the last photo by the seaside is the abiding memory of this bike - lots of riding through the night to arrive at a seaside resort the following morning.

Bicycles come and go. My new Brompton bikes are very much objects of joy and already providing loyal service. It is a shame that the P-Type is going but things move on. I wonder if Brompton will replace it with something else...something different? If you like the P-Type now might be the time to get out there and buy one! For me, I will recall all the adventures and the bike but pedalling forward I am keen to see where my new Brompton bicycles take me.