Last Friday night I took part in another night ride to the coast, this time to Maldon. This location was a first last year and I enjoyed it greatly. It was sensibly back again but this years ride would be very different for yours truly.

I had been looking forward to the ride during preceding week and had got both of my Brompton bikes ready, so that I could choose whichever one I wanted to on the day. With the weather looking very favourable I opted for my new Flame Lacquer after I had investigated the possible weather scenarios very carefully indeed - sticking my head out of the front door five minutes before I had to leave.

I arrived at the start location just after 23:30. Our ride leader and gentleman among men, Nick ticked my name off and told me that as I was doing a job I would need to stand up on the steps when he went through the safety briefing. I had been raised through the ranks! At some point in the early hours of a previous night ride to the coast, Nick had asked whether I would be able to act as the person who rides with him at the front and under his instruction arrange for junctions and what have you to be marked by willing volunteers. I said yes. I was very grateful that Nick had faith in me.

After the safety briefing we were off at the stroke of midnight. I was on Nick's rear wheel for the entire ride and the experience of riding solely at the front was very different to being a participant riding wherever you fancied. There seemed to be no waiting around and we just keep moving. I liked it. 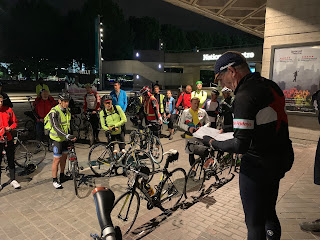 We stopped every so often and at one location near a pub a Russian lady came over to enquire about what we were doing and where we were going. She was very interested and telling her where she could look up the group she said that it was definately the sort of thing she'd like to try. Another new recruit hopefully? 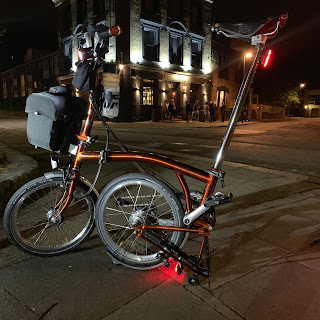 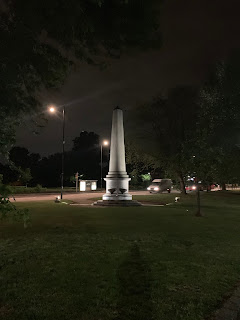 My first junction soon arrived and I politely asked for a participant behind me to mark it. They did and we moved on. Nick gave instructions on what he'd like and I made it my business to make sure it was carried out. It worked very well. As I had been provided with the route beforehand, on my Wahoo Bolt I could see junctions coming up and arranged for several of them to me marked without Nick having to ask. I enjoyed doing it. For a few junctions I could not get 'I've got the power' by Snap out of my head! 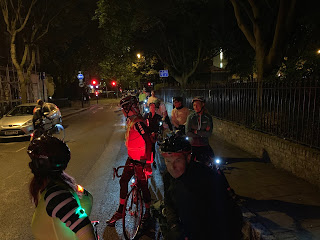 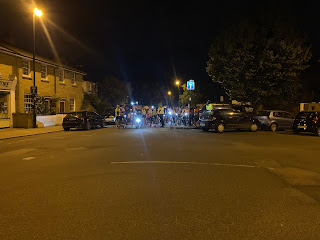 At Waltham, seeing one of Queen Eleanor's crosses I remembered a previous ride to Cambridge. The Eleanor Crosses were a collection of twelve monuments marking the resting place of her body as it moved along the route from Lincoln to London. Built between 1291 and 1294 the one most Londoners know well to look at, is the one that stands just outside Charring Cross railway station. 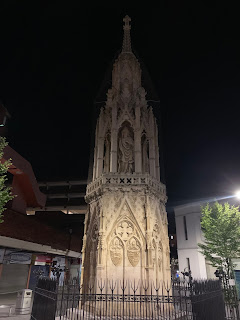 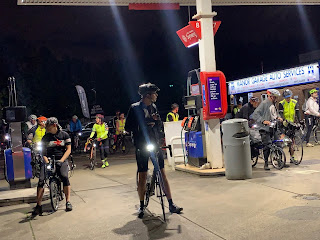 There were a few familiar faces in the ride. On Brompton bikes were Jenny, Simon and Chris. On big wheels - as he would be cycling home afterwards - was Mark. Another participant had the same make of bicycle as Mark but in a rather fetching orange, so a photo had to be taken. 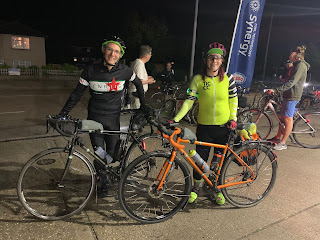 A couple of hours in to the ride we more or less left the urban behind. On this ride I saw a deer, foxes, badger and rat all run across our path. In addition to this there was the faint outline of the odd bat or two flying around in total and almost unearthly silence. 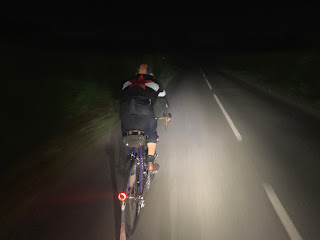 At about 40 miles in and at roughly 04:00 in the a.m. we reached 'TheVillage Tearoom' at Hatfield Heath. For £6 you could get a hot drink, sandwich and particularly fine flapjack. As space was tight, when I had finished I took my Brompton outside to let anyone who wanted to take my place. 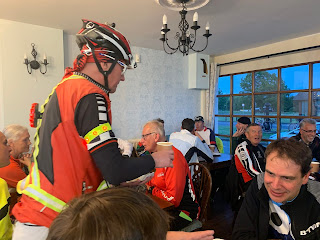 I also wanted to acclimatise to the outside conditions. I felt cold and felt compelled to put on an ultra-light jacket. This stayed on until a few miles later when I had sufficiently warmed up. 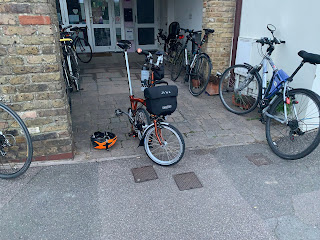 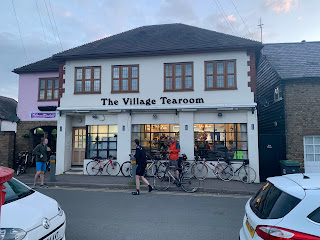 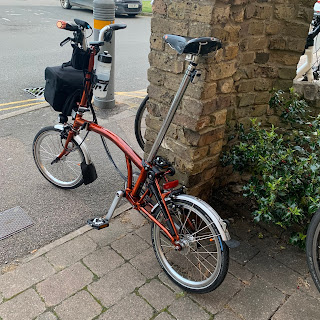 We all set off again at about 05:00 with the sun well and truly risen. The views were stunning and at one point a rainbow arched its way across the sky. I didn't stop to take a photo as I normally would but it is such moments that make rides like this so addictive. 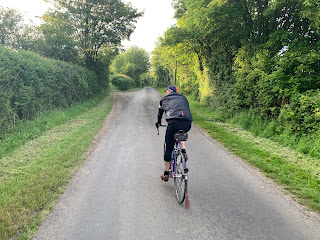 Throughout the night Mark would join me at the front for a chat, only for us to get to a junction and me ask him to act as way marker. Despite this we talked about another cycling adventure in the not too distant future. 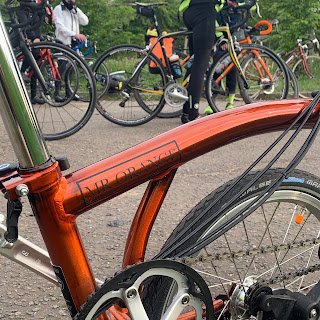 It was a really mild night and as we got closer to Maldon the sun started to shine a little. Spots of rain fell occasionally but it didn't amount to anything. I was glad of this as I didn't really want too much of the wet stuff to fall on my new Brompton. My new Brompton rode really well and I enjoyed using it a great deal. The front O-bag and no saddlebag felt a little strange at first as I normally use the latter. By the end of the ride I liked this setup a great deal. This bike has now done well over 100 miles so I will need to book it in somewhere for its initial service.

The last few miles to the Jolly Sailor pub in Maldon went quickly and at just after 08:00 we had done it. With no station at Maldon I would need to cycle another 7 and a bit miles to Witham that did have one. I decided - as I often do - to forgo breakfast and head back home. Saying goodbye to Nick, Mark, Chris and Jenny and a few of the other participants I headed off.

The journey to Witham station was picturesque and quiet, along country lanes. I arrived at the station in very good time - despite taking a leisurely pace - I arrived at Liverpool Street just after 09:30 and home just after 10:00.

This was a lovely ride! A really great route and well organised by Nick. Many thanks to him for having faith in me and to the many willing participants who kindly agreed to mark various junctions. Also thanks to Ross, Greg and Tim at the rear. It was great that there were lots of first time riders and hopefully they will come back for more. 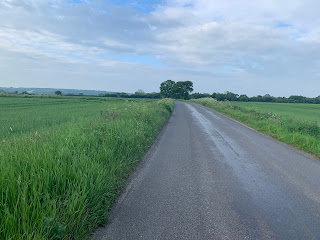 The route was shy of 66 miles but in total I cycled just under 86 miles. Had I know I was close to the magic 100 miles I might have cycled just a little more. Until the next adventure... 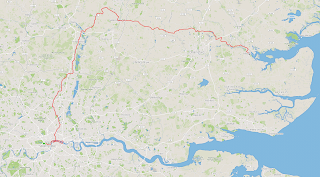