'Compton Cycles' 23-25 Catford Hill in London is a little bit of hallowed turf in hardened Bromptonian circles. The reason is quite simple. It is quite possibly the best bike shop in London. With my Flame Lacquer needing its 100 mile check-up, there was only one place I wanted to take my new steed.

Compton Cycles are a great little bike shop. I bought my Titanium Orange Brompton from there and more recently my Surly Disc Trucker (which I love and actually like a great deal more than my Condor road bike and that it saying something believe me). They also sorted out my DIY disaster on the stem of my Orange Special Edition! I think every other Brompton cyclist I know has had some association with Compton Cycles whether that be buying one from them, having it serviced or getting some kind of customisation carried out.

I didn't actually buy my new Brompton from them but owner and gentleman among men Jim said it would be okay. Setting off early I ended up at London Bridge station, got on a train and off at Maze Hill. 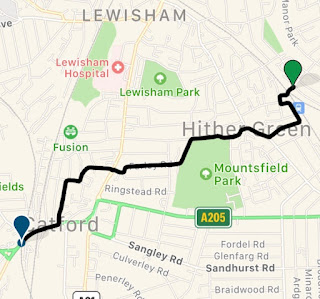 As I rolled up outside the shop I saw the former owner Chris who despite being retired was keeping his hand in and providing his ever expert advice to a German couple looking at a Brompton Electric. Handing my bike to Jim he took it in and gave it the once over.

As Jim got to work I eyed some of the many offerings on offer at Compton Cycles. There were a few in Flame Lacquer, the new '75' (which will be reviewed at some point by fellow Brompton rider Simon at some point) and a rather sparkly purple. 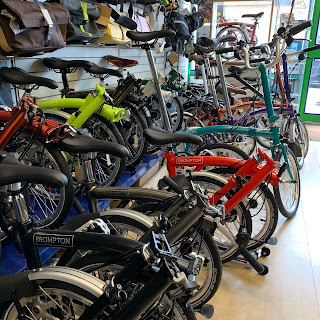 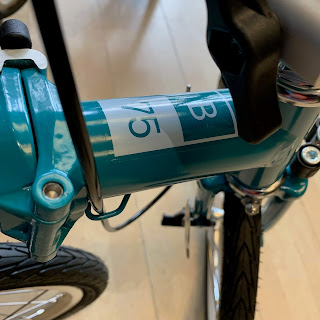 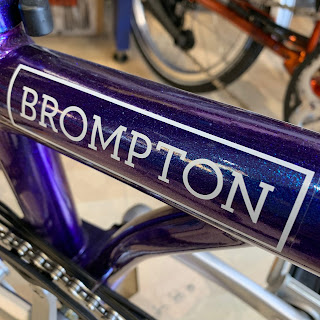 When Jim handed it back there were no issues. Saying my goodbyes I headed back to central London with the bike feeling good, especially the brakes.

I decided to cycle back to central London rather than take the train at nearby Catford Bridge. Putting Aldgate into my Wahoo, the route came up and I was off. It was about seven and a half miles and they went by pretty quickly. As I crossed the Thames and neared the City I recoiled in horror as memories of working there very briefly in a financial institution flashed across my mind. I peddled a little harder glad in the freedom my new little folding bike afforded me. 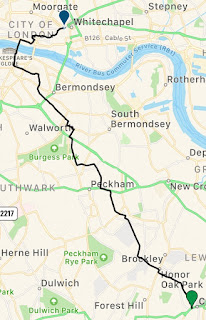 Not my local bike shop by any means but I am more than happy to travel that little extra for the always friendly welcome and somewhere you can trust.