Old Haunts on a new Brompton

For the past couple of days I have been allowed out early in the morning for good behaviour to take my new Brompton for a spin. I could have chosen several route but I wanted to to return to an old favourite that takes me along the river Thames towards the O2 and beyond.

On day one I decided to take my new Mini-O bag with me. I like this bag a great deal and it is a little like a TARDIS inside in that it seems to hold more than you might expect.

Staring at my base off the Marylebone Road I headed along The Mall and through Hyde Park. From there I took one of the Superhighways as far as the Tower of London before joining the Thames Path. 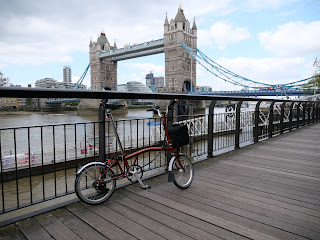 When I got to Tower Bridge (which in my photos looks empty) I could not believe how many people were milling around outside the nearby hotel. Selfie sticks, GoPros, cameras were out in force taking photographs of just about everything, included yours truly! 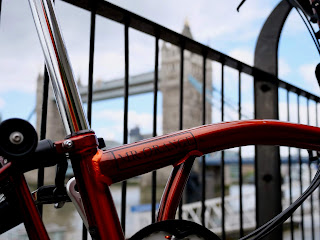 For this ride I was for the first time in several years, wearing ordinary clothes while cycling. My usual attire was replaced by jeans and a shirt. It actually felt quite strange at first and it was as if I had forgotten something. After a while I got used to it and actually rather liked the change. 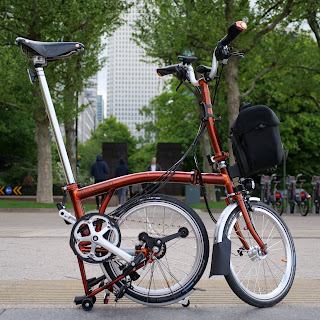 Getting as far as the O2 I started to get chilly so I simply cycled the short distance to North Greenwich tube station and got the train back. Part of the joy of owing a Brompton is that you can do this whenever you feel you've had enough. 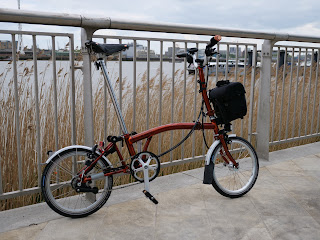 This morning after getting up at stupid o'clock to watch the next episode of Game of Thrones I headed out again. Today I was a little more central and started at Aldgate. Again I wore civvies - jeans and a shirt - but I felt cold for much of the ride.

As I cycled along - apart from enjoying my new Brompton - memories of previous rides came flooding back and of course the many people that I joined on such adventures. 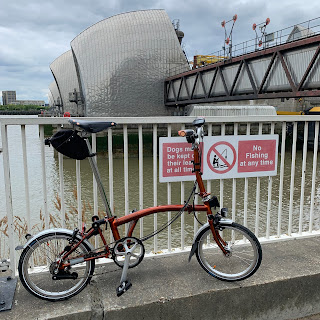 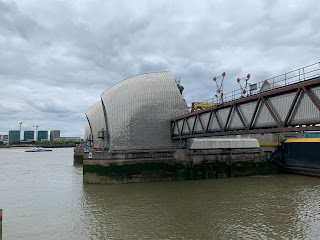 The Flood Barrier cafe is not open on Mondays which is a shame but I decided to head that way anyway. I saw that there has been a little bit of refurbishment going on since I was there last. I will have to check that out again when it is open. 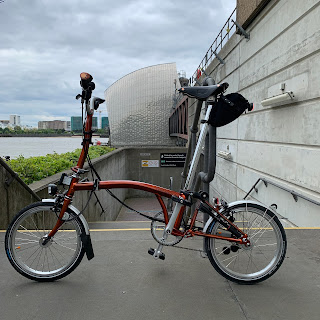 It was my intention to cycle back but for the second day running I felt frozen by the time I go back to the O2 so it was again to North Greenwich tube and home.

In case you are wondering whether I planned to buy a second Brompton this year, the answer is no. The moon and stars seemed to align and I just went with the flow. At the start of 2019 I decided (for reasons unknown) that I would try to get out more on my Brompton than my other larger wheeled bicycles. So far, this has happened. Now that I have two Brompton bikes this is set to continue.

I am not going to try to explain this in any depth but when I think back on the many cycling adventures I have been on, it is the Brompton ones I recall as being the most epic, memorable, challenging. When I am out on my Brompton - like many of you - a feature of the ride is to take photos of my Brompton, using whatever wonderful views there are to be had, simply as a background for the Brompton! Even though I have dipped my toes into the Dark Side that is larger wheeled bicycles, I prefer my Brompton.