Part 1 of the Brompton Factory Ride

I was up very early this morning excited about going on the factory ride.  Like a small child on Christmas morning I headed off to a top secret location which I can now reveal was Richmond Green. My two daughters were excited for me and luckily good behaviour during the preceding week meant that Mrs Orange Brompton allowed me out!

The weather, as predicted was terrible to start with. I made my way along Richmond High Street to Richmond Green and saw the assembled mass of Bromptonians lucky enough to have an almost Willy Wonka 'Golden Ticket' that would gives the holder the chance to see the Brompton Factory!

BumbleBee was there in force, specially cleaned with newly applied livery. Another member of the London Brompton Club, Tim was also there. 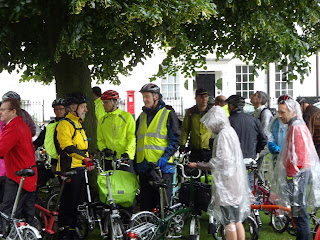 The assembled riders eagerly awaited any signs that we would begin.  It wasn't too long until a member of Brompton staff gave us some instructions and we embarked upon our adventure. Excitement was palpable.

A member of Brompton staff was handing out some of those clear plastic ponchos and iCrazyBee and I were able to get one each. Upon getting this our waterproof jackets (including the Altura Night Vision jacket I had only recently bought) were jettisoned. The primary reason for this was to show off the London Brompton Club printed T-Shirt worn by iCrazyBee and a bootleg hoodie version I was wearing. 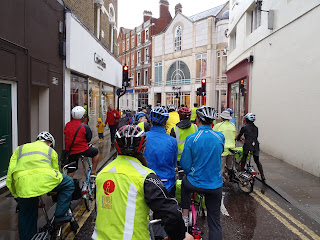 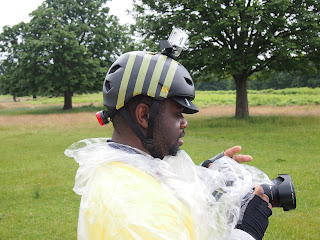 Before we really go going we stopped off at Richmond Hill (I think) for a photo opportunity organised by Cycle_aka_Bob. iCrazyBee was given the task of being official photographer and took a few snaps of the assembled Bromptonians. 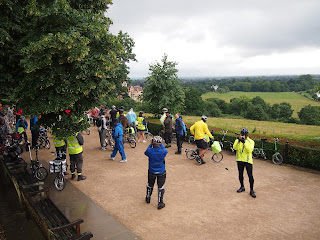 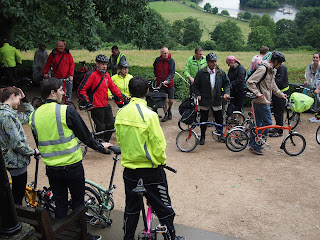 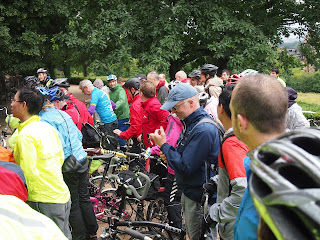 Of course one of the great things about coming on an event like this is meeting lots of interesting people. One charming lady in her 50's had a lovely year old Raw Lacquer M3L. She told me that she had cycled all her life and had been curious about Brompton bikes for some time. She took the plunge and went out to buy one in what she described as the most expensive shopping trip she had ever had.

Another chap on a four year old black P-type was a Lecturer with a particular interest in online social groups. BumbleBee and I gave him something to think about when we explained some of the adventures we had been on.

Many were keen to hear stories of long distance rides on a Brompton as I recalled stories of Oxford to London, London to Cambridge and even Brompton Monopoly.

We made our way to Richmond Park which proved to be a very different experience to that of last year, where we cycled through the streets of Central London. Quite soon we travelled through green, tree lined vistas and I chance many thought it hard to believe that we weren't in the countryside. Some parts reminded me of Blenheim Palace and the Brompton World Championships. This was especially true of the hill.

The last time I was in Richmond Park was coming back from Oxford on a training ride with, 'Small Wheels Big Difference.' Memories flooded back. (See the previous blog entry for this)! 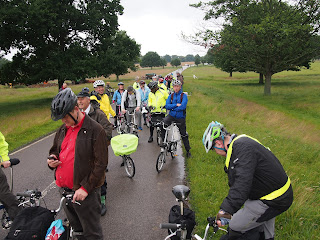 The variety of Brompton Bikes on display was staggering. Old and new. S, M and P types. Single speed up to a custom eight speed. There were plenty colours and I was very pleased to see a few in orange. 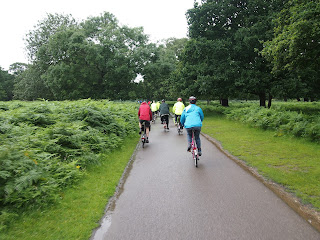 I had my GoPro strapped to my helmet (said the actress to the ...) and hope that there is some half decent footage. I will check later 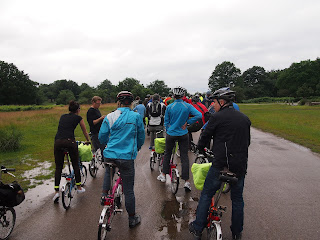 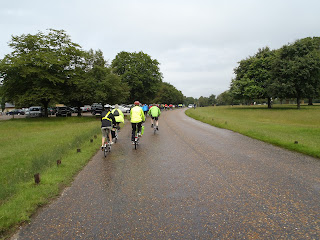 The weather was pretty bad and there was a constant drizzle throughout the ride but I and I suspect those taking part, couldn't have cared less about it. I suspect many of the Brompton riders like me are daily commuters, using their Brompton bikes all year round. 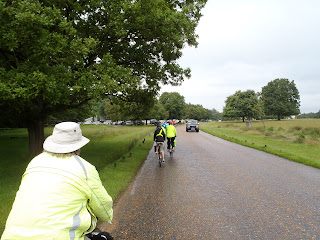 As we cycled in Richmond Park we passed and were passed by cyclists on road bikes. Some nodded at us and said hello, others tried to ignore us. I am ashamed to admit that on more than one occasion temptation took hold of me. A cyclist on a road bike raced past and like a greyhound seeing the rabbit I was off in pursuit. My six gears were more than enough to keep up until the rush of blood to the head subsided. Us men can be childish. 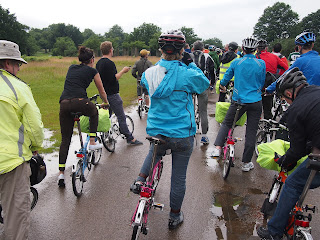 Before long we stopped for a 10 minute break and regrouped, realising that the factory, the site of pilgrimage was not too far away. 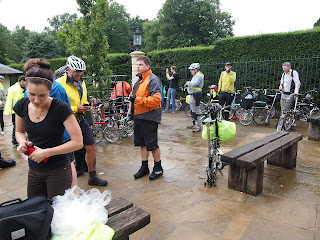 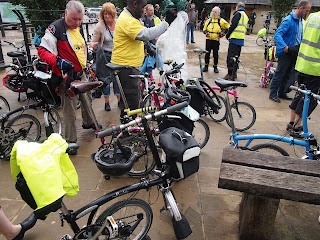 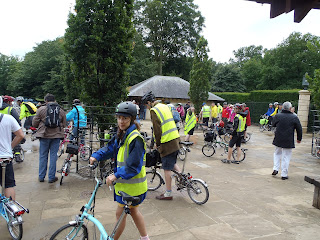 At just after 13:00 we arrived at the factory. Bikes were parked in a secure area and we headed in to the marquee. A choice of Pims, beer or lemonade was a wonderful way to be greeted.  ICrazyBee and I put our bags down and headed for the food. 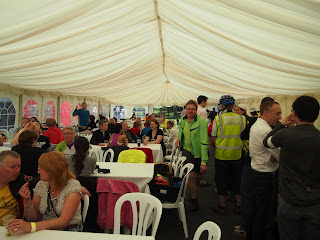 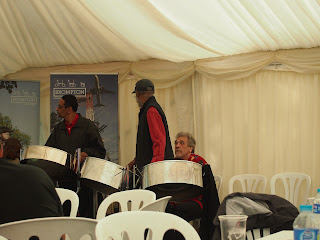 The food was wonderful. West Indian cooking at its best. Rice and peas, chicken and a pretty mean lamb curry didn't last long. The food was wonderful! It was so good iCrazyBee didn't need much convincing that we should rejoin the end of the growing line of people for seconds.

When someone mentioned that the cakes were out we abandoned thoughts of seconds for firsts of cake. They didn't last long I can tell you! Any onlookers may have thought that I was feeding a small dog lurking under the table as the food was gone so quickly!

At about 14:00 it was time to head in to the factory. We were allowed to go inside in waves of about 25. I was excited! just before doing this I saw a chrome plated Brompton. I had seen this last year at this very event and it belongs to a Brompton member of staff I believe. 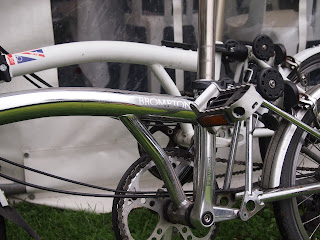 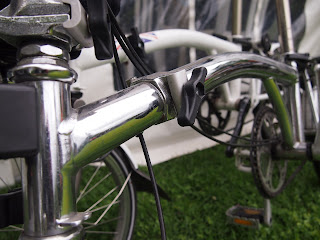 I wondered what it would be like? Would there be any changes? What would I see? I was keen to get inside and see the secrets of the best folding bike maker. Secrets that have the power to bewitch and confound. I was eager to discover any secret information about the bikes, parts and new developments. You can read all about them in the second part of this blog coming soon...