I have to confess that I only decided to go on this ride late yesterday evening. My knee has still been rather tender since I tried to do some sort of olympic standard pommel horse dismount, when I slipped on decking near Tower Bridge last Sunday.

Feeling that my knee would be able to take a leisurely pace without hills for less than 20 miles, I was in. The great thing was of course that I could bail out at any stage if things proved to be too much too soon.

The meeting place was Costa Coffee almost adjacent to Richmond station. This has always been my preferred meeting point when starting at Richmond and I was glad to be back there again as it brought back lots of memories of past rides.

A good number of Bromptonians turned out and it was great to see some faces I haven't seen for a while - Tobias, Bob, Rob, Chris, Robin, Henry, Andy and Dina. It was also lovely to see some new faces too among the familiar ones.

Once all assembled we headed off at a gentle pace, which is exactly what I wanted and needed. As we cycled along the all too familiar Brompton peloton started to form and the usual incredulous looks  from onlookers was visible for all to see. 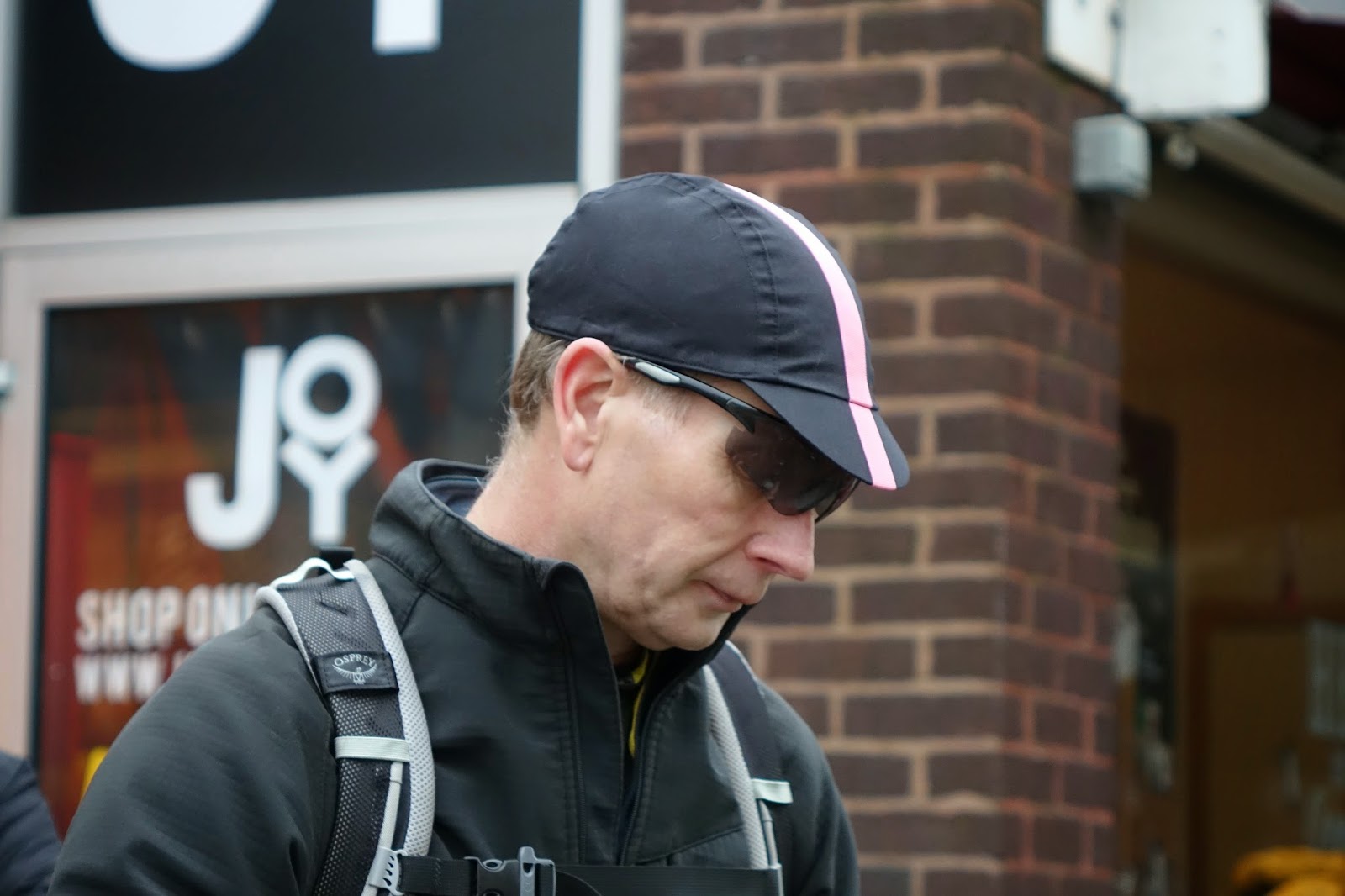 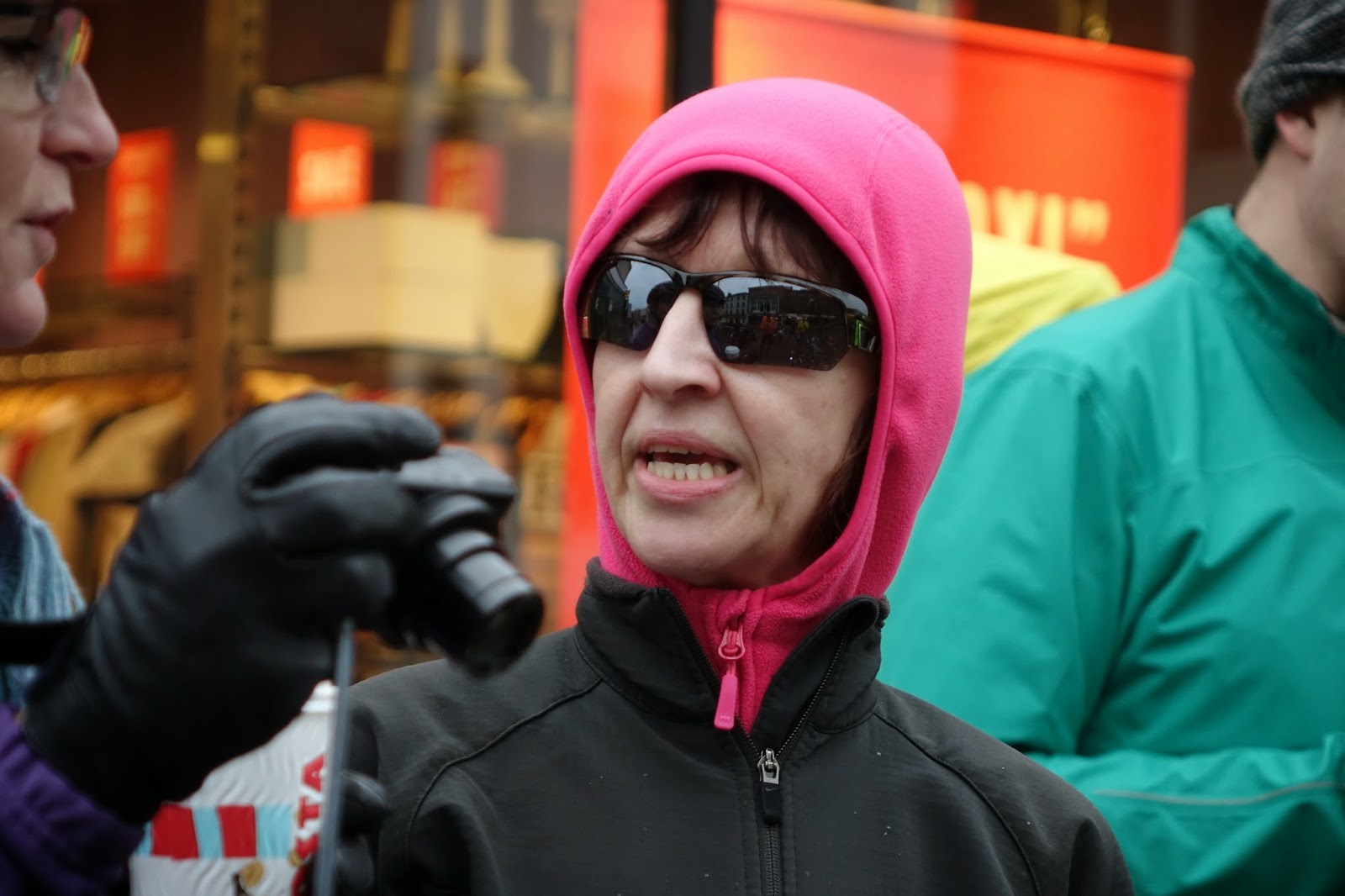 Our first stop was Syon House as seen below. This obtained its moniker from Syon Abbey founded nearby in 1415 by Henry V of Agincourt fame. Catherine Howard the fifth wife of Henry VIII was brought to Syon House and imprisoned there for a while before being taken to the Tower of London to be beheaded. 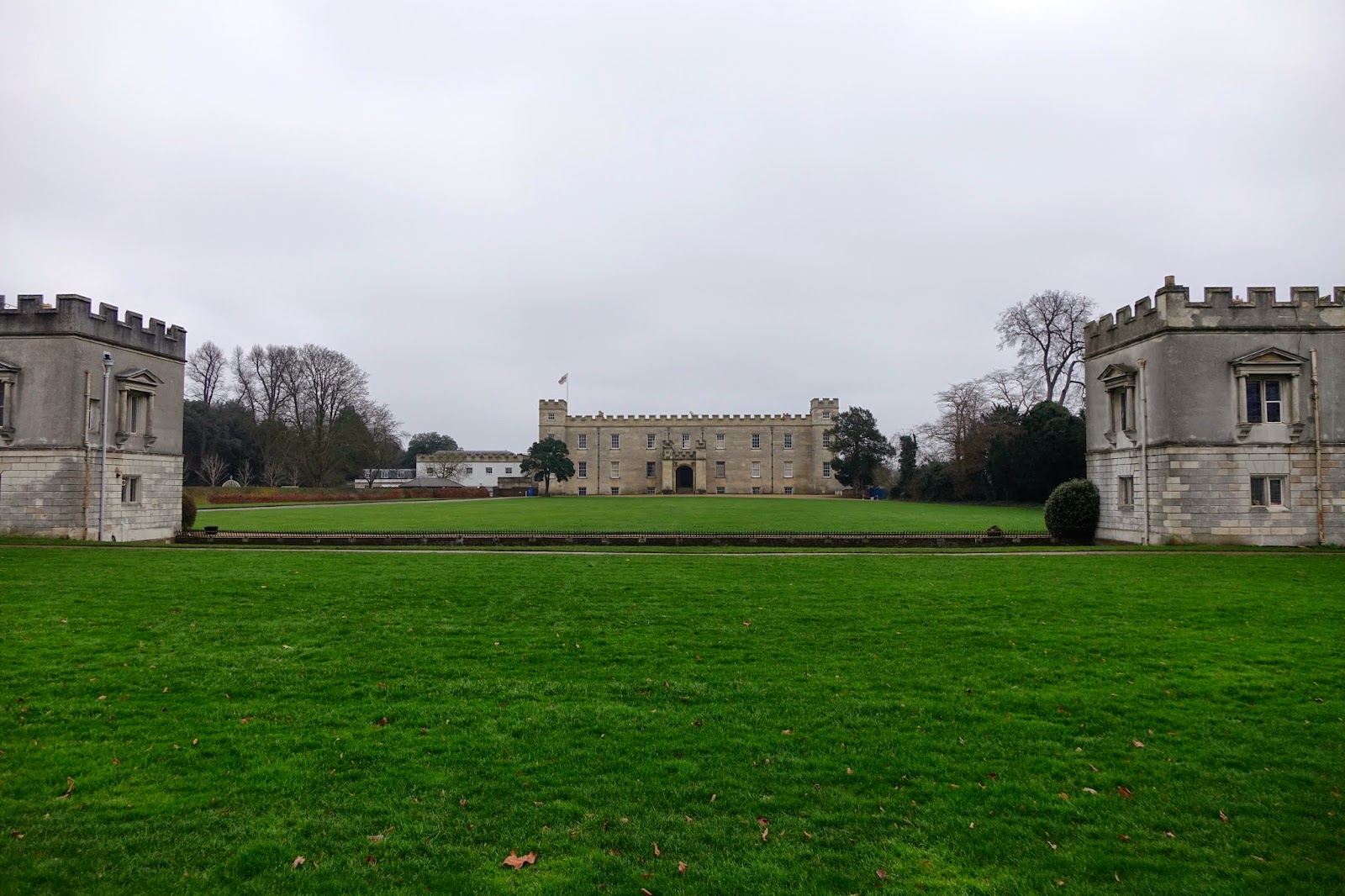 Our next stop was Osterley Park not too far away. Elizabeth I visited this area and I could not help to wonder what she might make of Hounslow - The London Borough it is set it - if she were to visit it today? 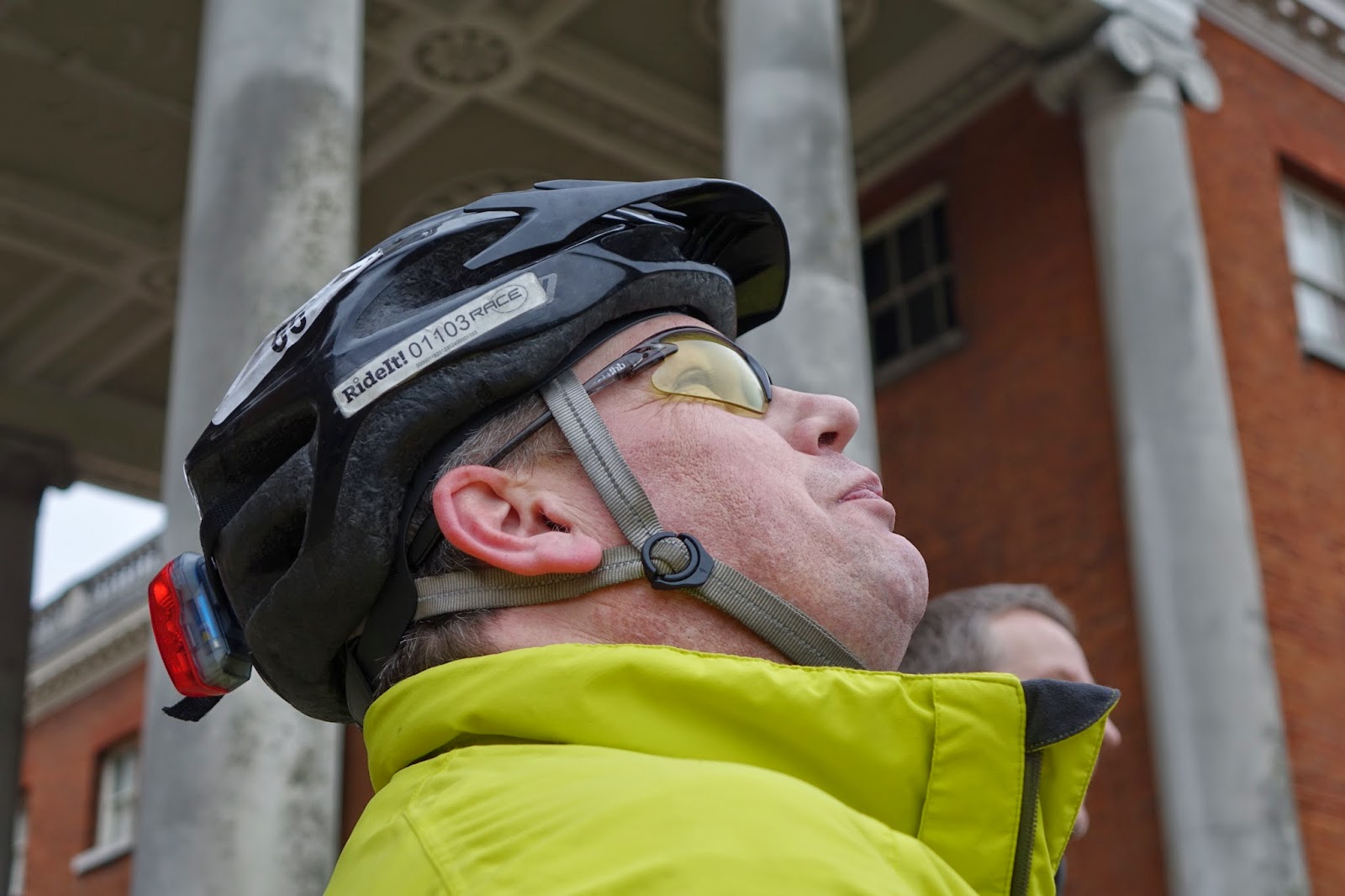 The architecture is quite stunning and the influence of Robert Adam is evident. The house has been used for countless television programmes from 'Doctor Who' to films like 'The Grass is Greener.' I have to say that I was mighty impressed to discover that the BBC's 'ChuckleVision' was also filmed there!! 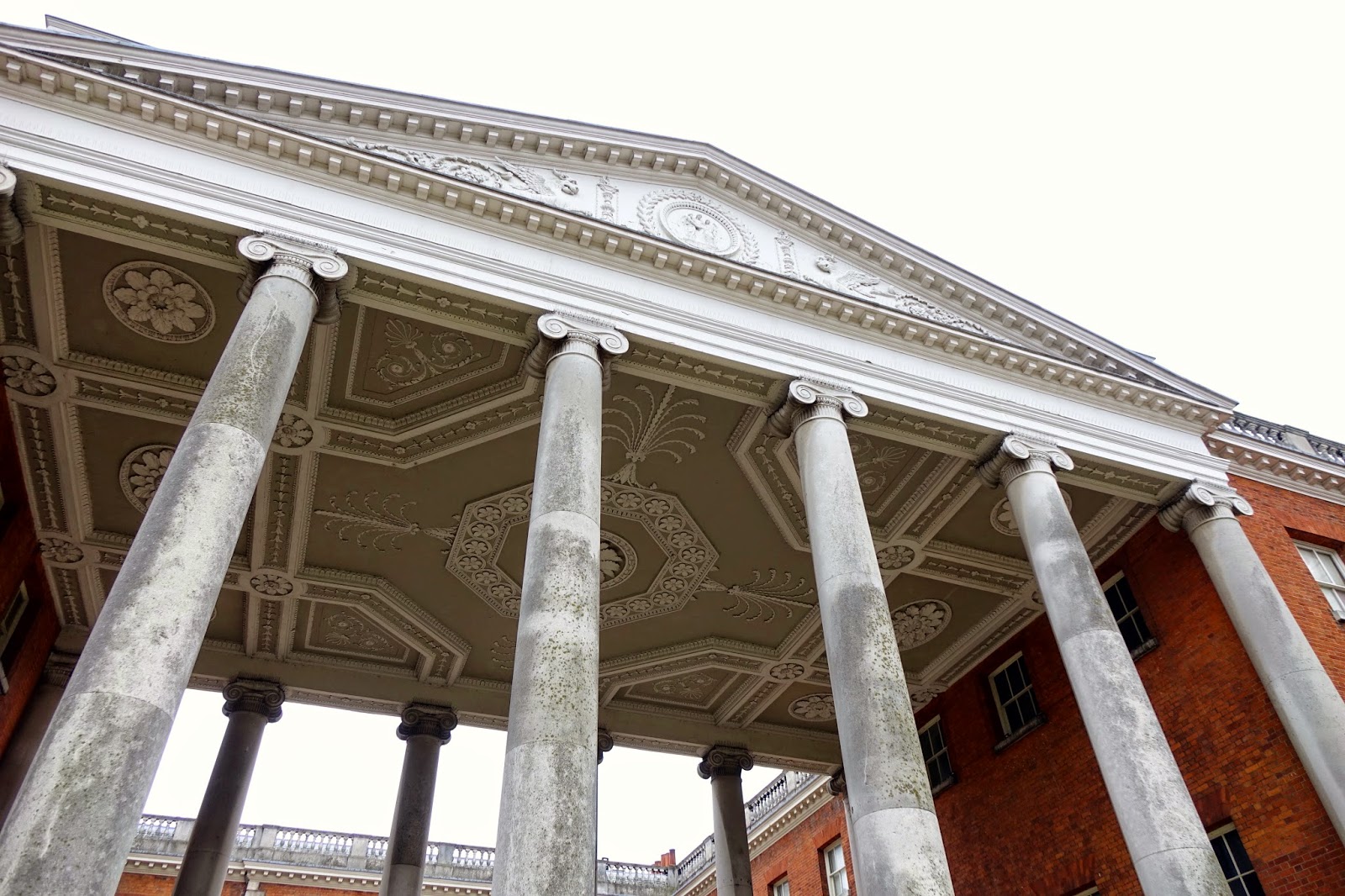 Bob, an adventurous type, decided to scale the walls (well almost) and pose for various photographs. I'd like to say that it was almost like a shoot for the cover of Vogue or an equally glossy publication, but of course I cannot! 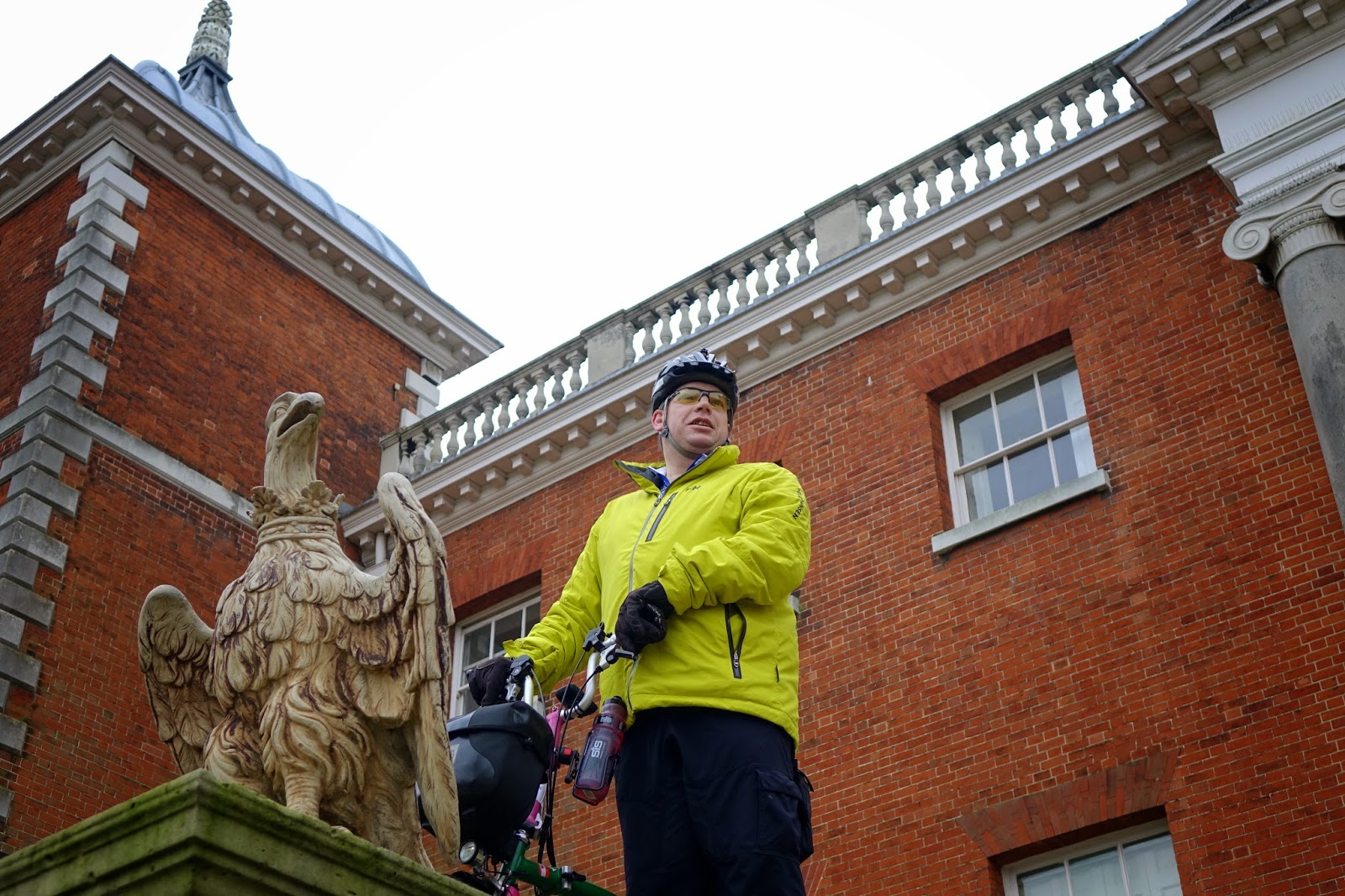 Once Bob started a few others started to follow and before long it was like the end of a Karl Lagerfeld fashion parade. 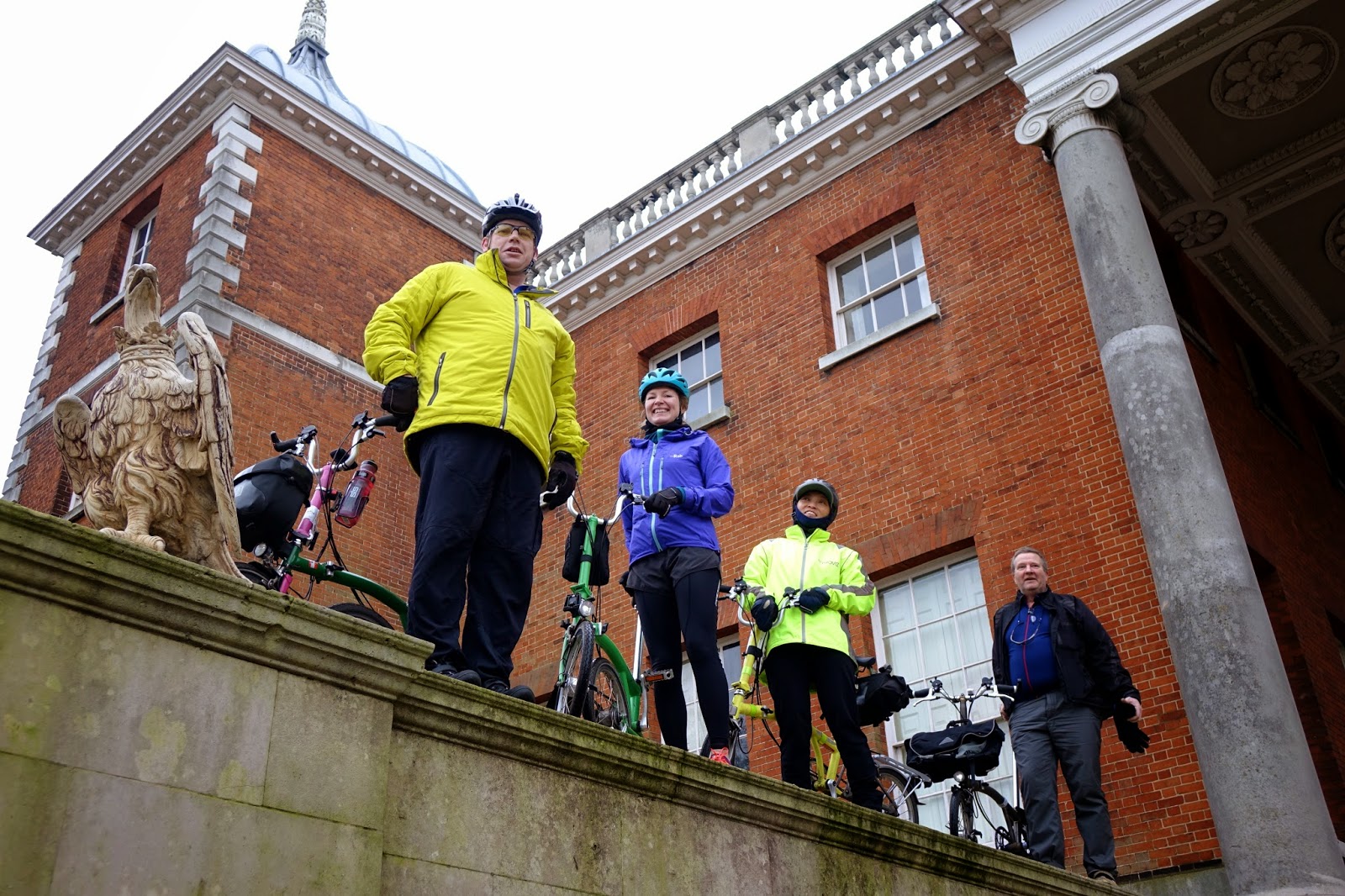 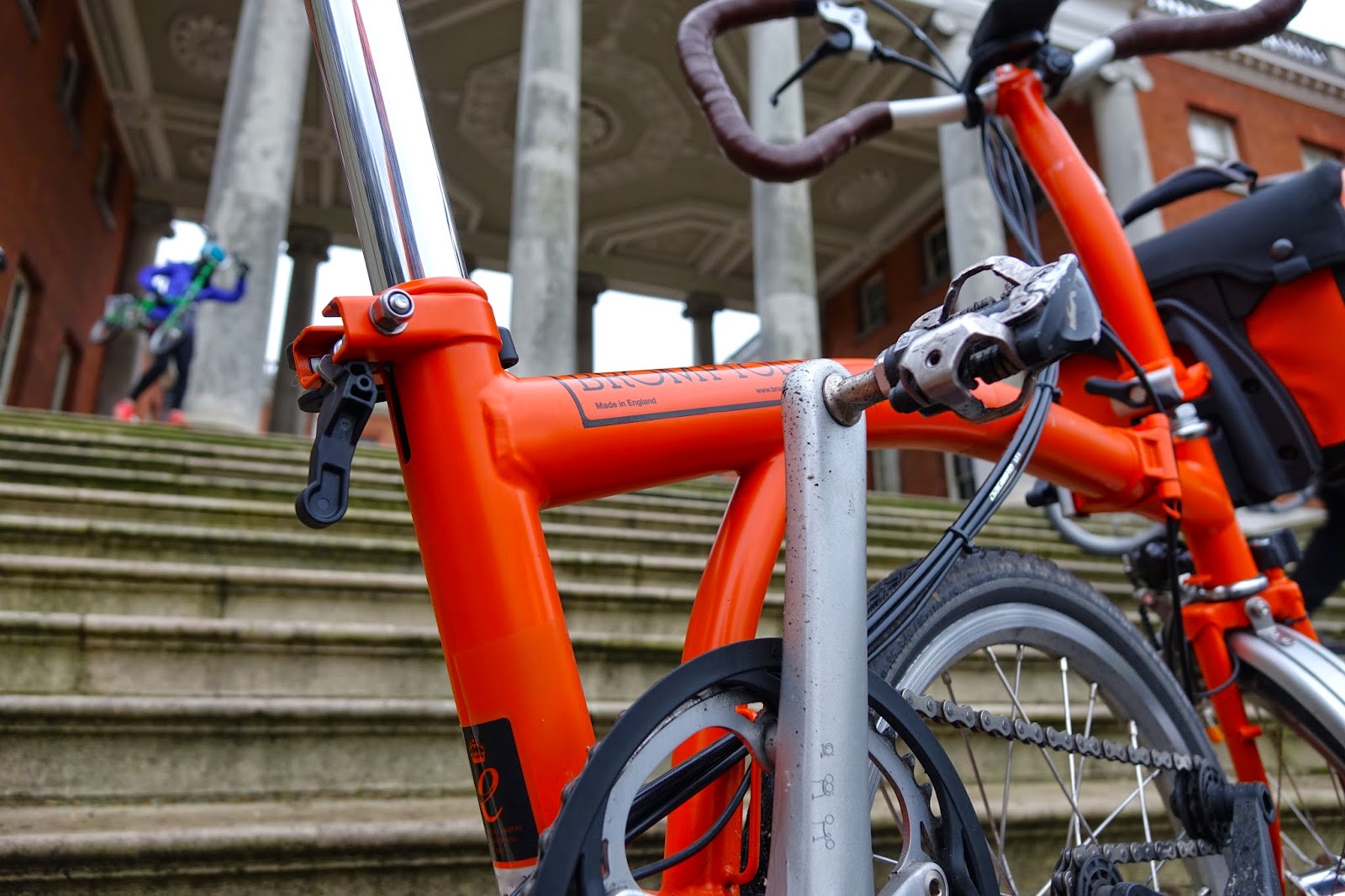 It was a pity in many ways that we had to go as Andy has an encyclopaedic knowledge of local landmarks and I would have liked to tap his brain for further snippets of information. 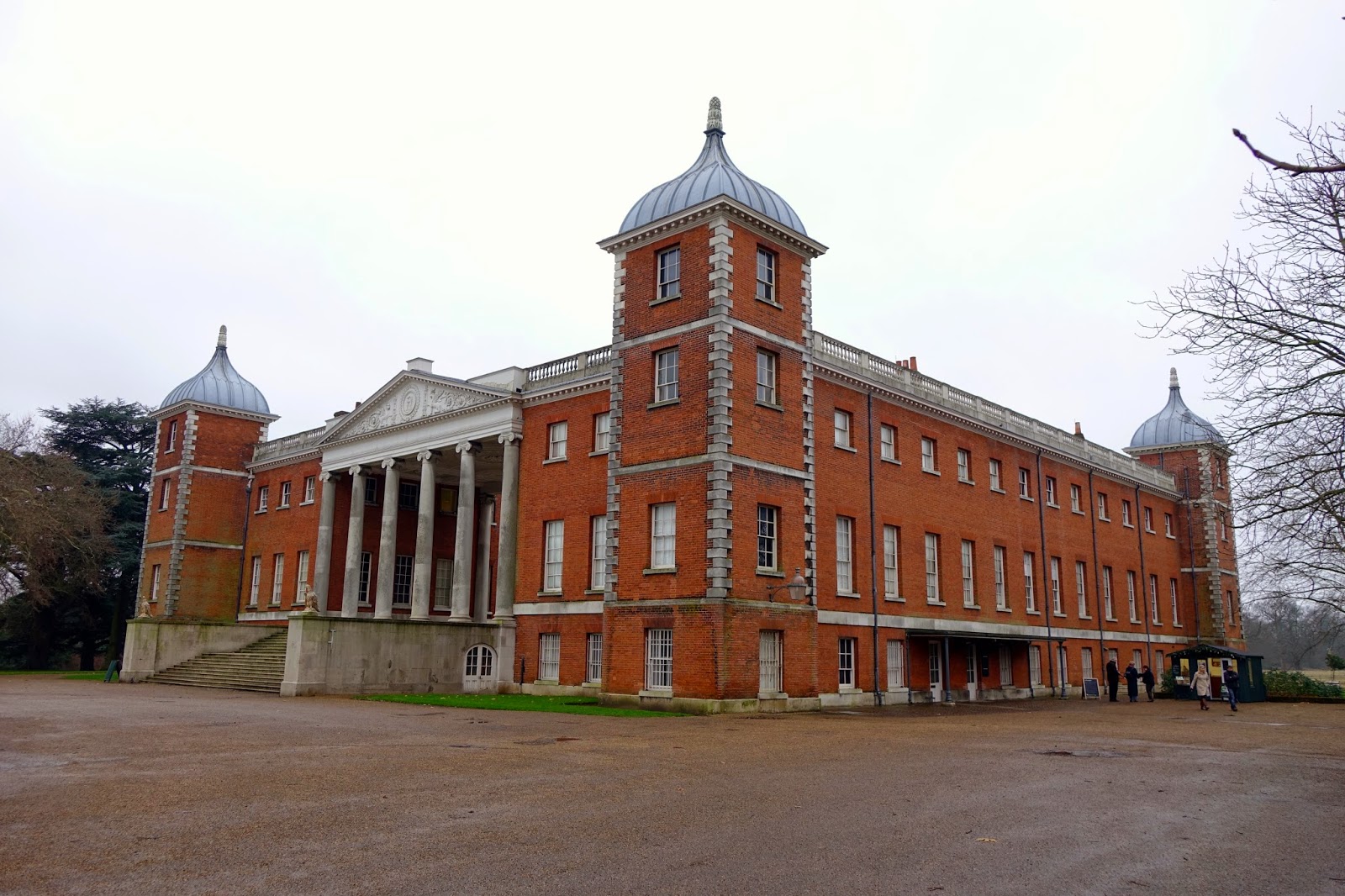 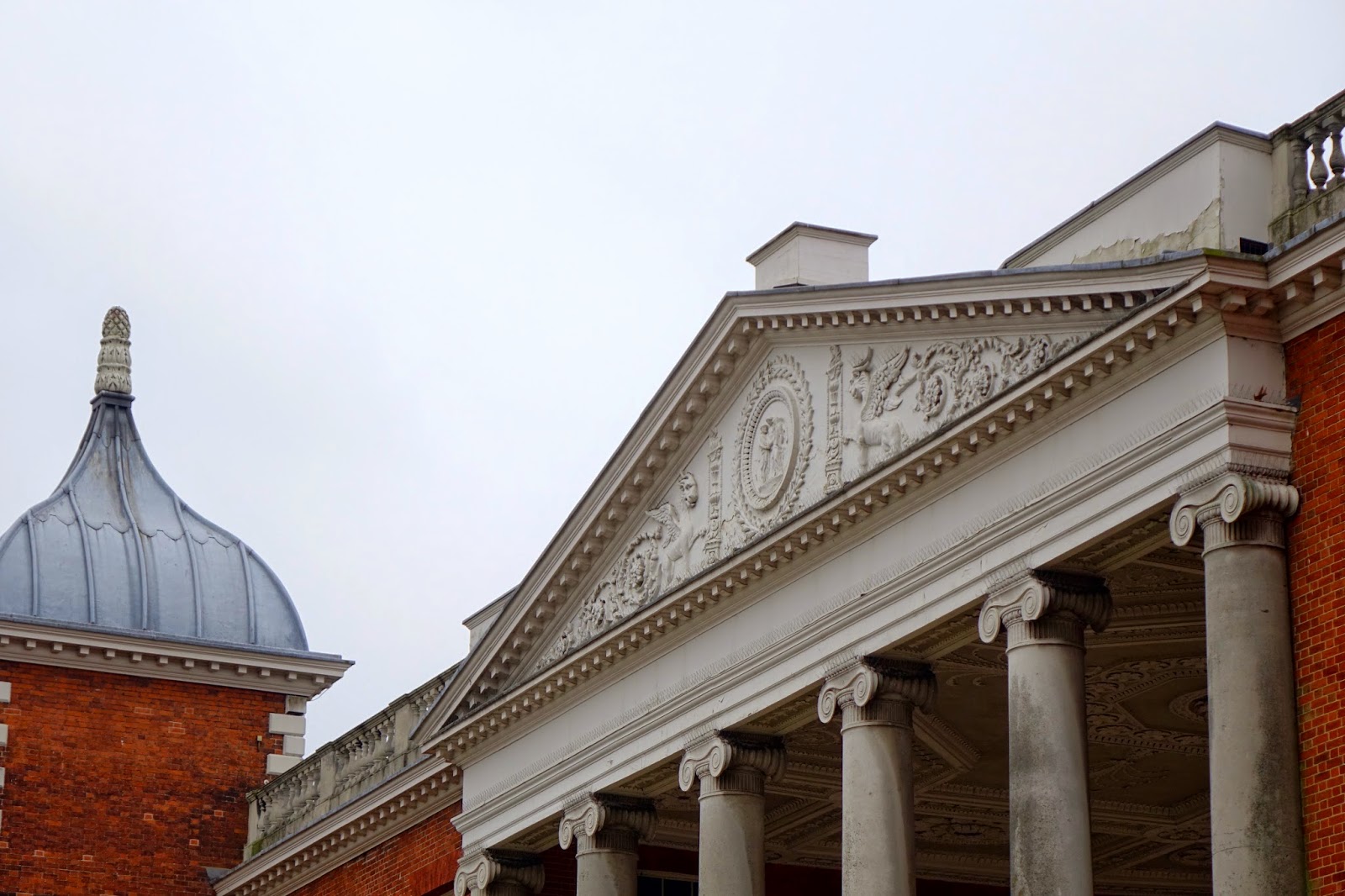 Before long we were off again and heading along the Grand Union Canal. Cycling along any body of water is not my favourite and canal towpaths are possibly at the bottom of any list I could draw up. The reason being is that they are at times so narrow. The prospect of meeting a walker, jogger or other cyclists coming the opposite direction certainly concentrates this mind.

Thankfully we negotiated it all safely and one of the canal boats took out attention as it had a huge inflatable snowman on top. As Christmas adornments go it was pretty fine. 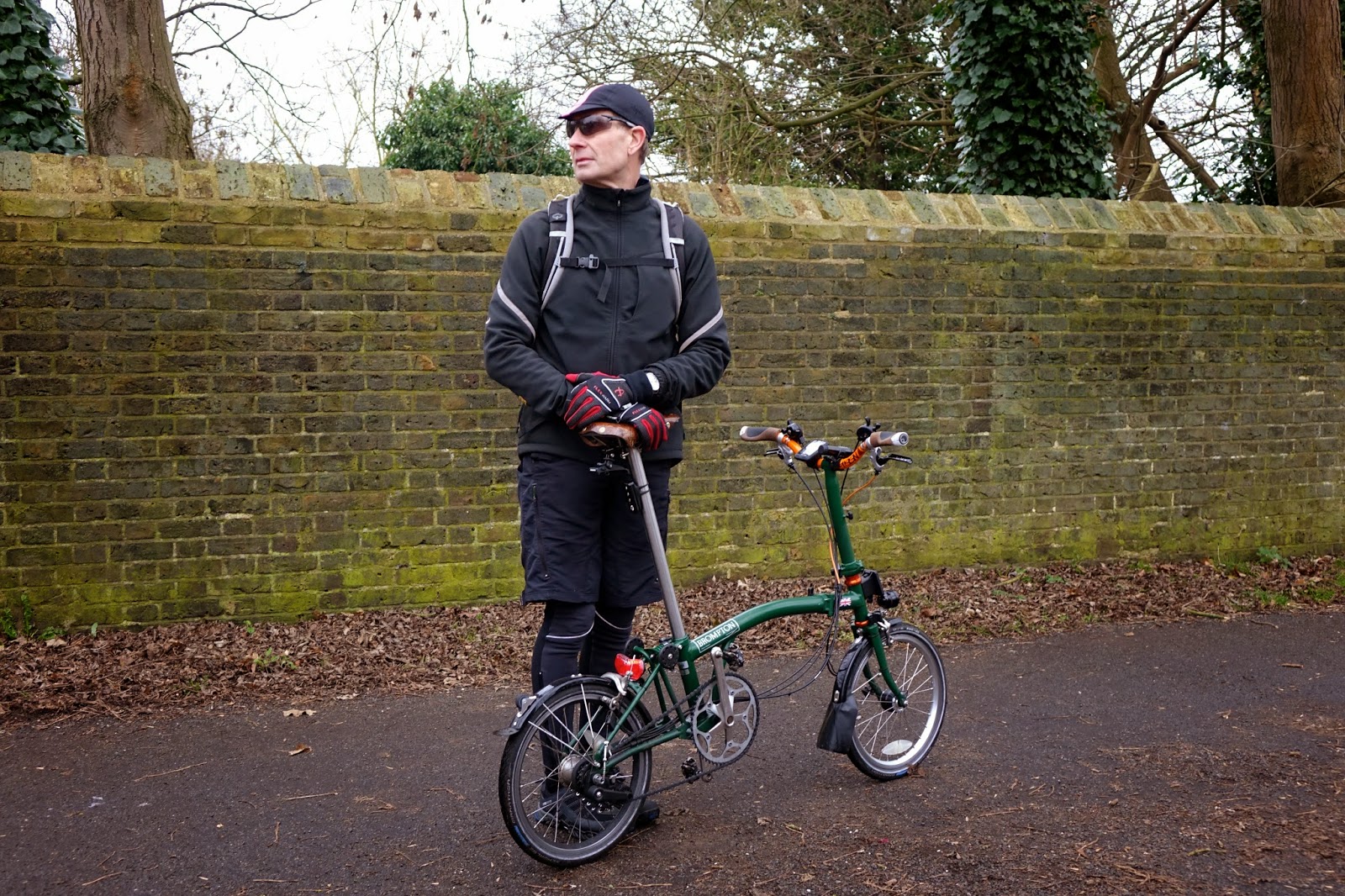 With Kew Bridge in sight and having clocked up approaching 13 miles, I decided to call it a day. My knee was telling me not to overdo things so for once I listened. Telling Andy I was off I waved goodbye to any of the group who could see me and peeled off.

This was a great little ride and wonderful start to 2015. Thanks as always to David for organising and I am sure it won't be too long until we are all out on another ride. I have posted a link below to a short video clip I managed to capture while on this ride. As always watch it in the highest quality you can.