Up bright and early we were afforded a slight lie in as the meeting time for the ride was an hour or so later than its usual 09:00. Arriving at Richmond at a leisurely pace I soon saw the familiar sight of my riding partner Mark KOH W. Also present was Kevin who was in the UK for a few days from New York, had brought his Brompton and decided to join us - brilliant!
I must confess that my mood for this ride took a nosedive as reaching to get my camera I discovered that the screen of my camera was not working and had a tiny hairline crack. Upon discovering it I felt like abandoning the ride but decided to press on with just my iPhone.  I will have to send it for a repair at some point. 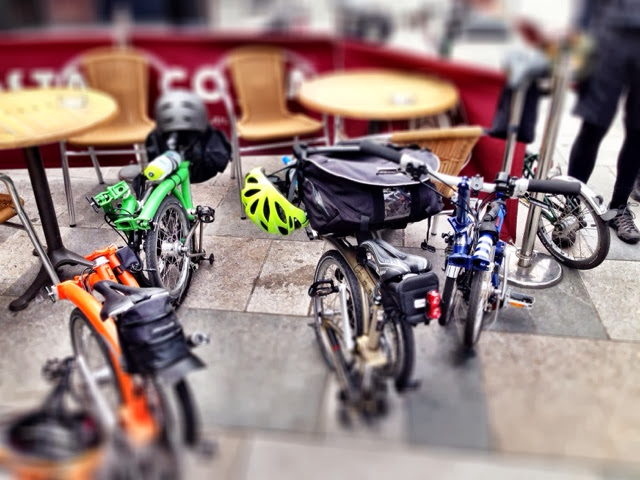 We set off just after 10:15 with my mood only marginally improving. We cycled a good few miles on the road before reaching the banks of the River Thames and eventually the canal section itself. Once on the canal towpath were rarely left it.
The scenery was lovely and it was great not to be bothered by cars. The towpaths themselves were fairly quiet with walkers, families, people fishing and other cyclists. Weather wise it was a warm day for late September, with some cloud. There were a few occasions where it started to rain however it was very light and short lived. 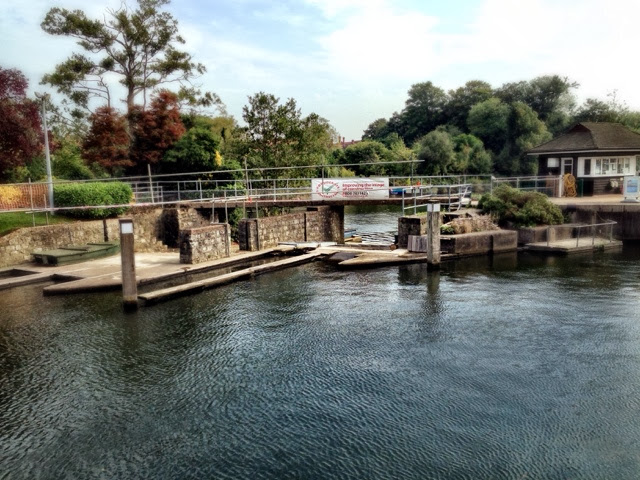 Canals are mainly a feature of our industrial past. They were built to transport goods and raw materials over huge distances. The advent of the railway saw them fall into decline and near disuse. Basingstoke canal was completed in 1794 as a means to connect the River Thames at Weybridge. Closing in 1932 much of it lay totally derelict.  After over 18 years of restoration 32 miles of the the canal were reopened in 1991 and now it is a thriving waterway for all manner of uses. 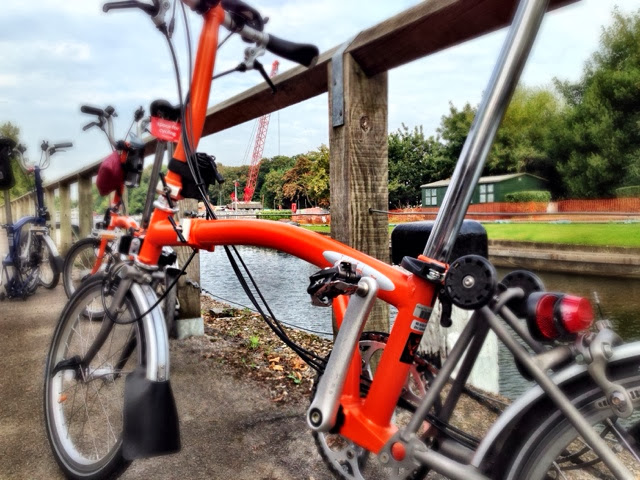 Throughout the ride hints of its industrial past were evident. On a few bridges you could see the raised groves that allowed workers to drag their canal barges where their horses were unable to tread. 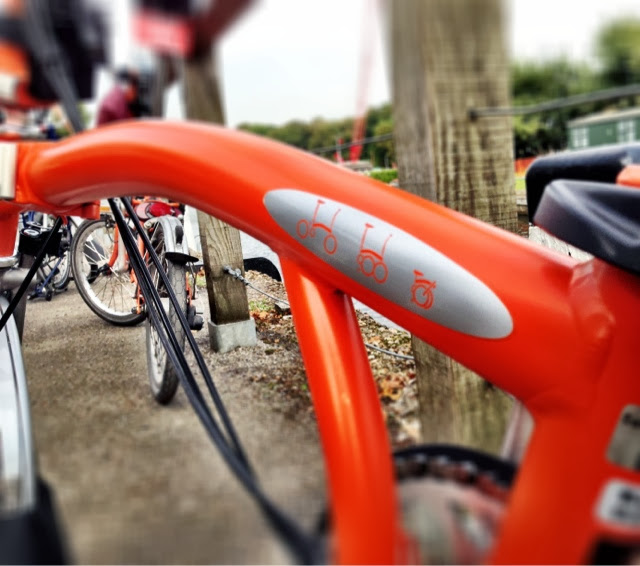 The scenery kept providing a visual treat and in many ways the sight of lots of brightly coloured Brompton bicycles, ridden by equally colourful characters provided much the same for those intent on a day out. 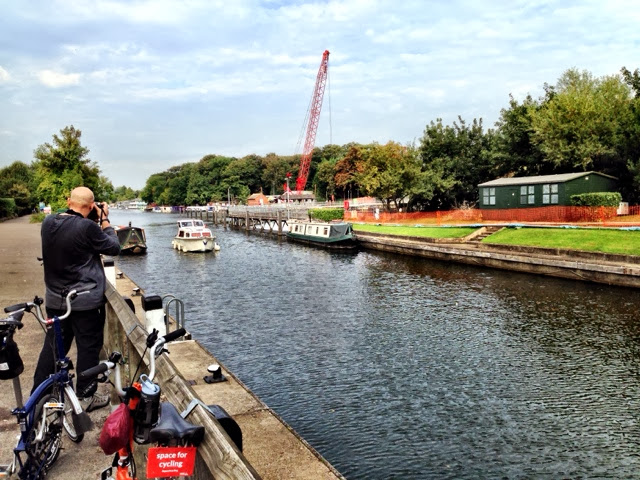 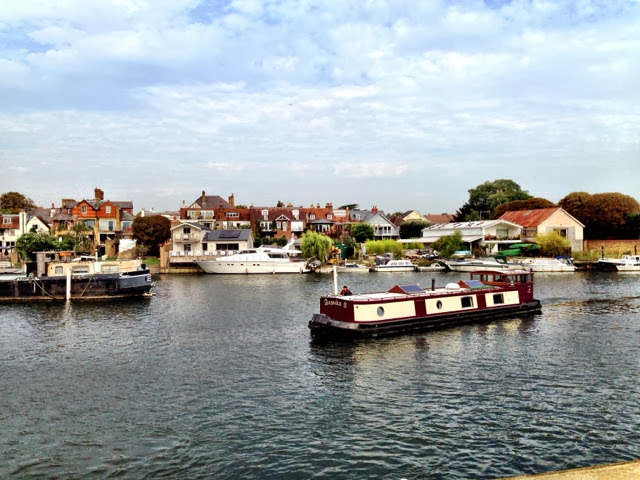 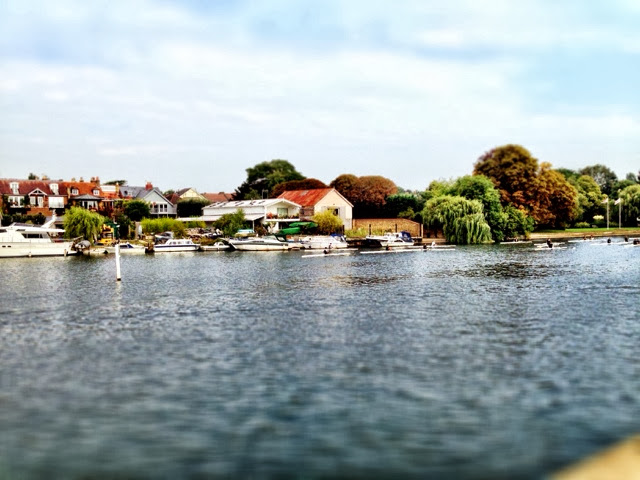 After last weeks Richmond to Oxford this ride was pretty tame to say the least but it wasn't meant to be anything else. It was a welcome change to simply poodle along and enjoy the views. As I did I thought less and less about my camera and gradually stopped sulking about it. I made no attempt to speed along and was content in ambling. Speed could come later.
At Weybridge we said goodbye to Mark and Andy who had to be back in London while th rest of us pressed on. As is so oftentimes case, former industrial waterside buildings have given way to trendy and somewhat expensive accommodation. 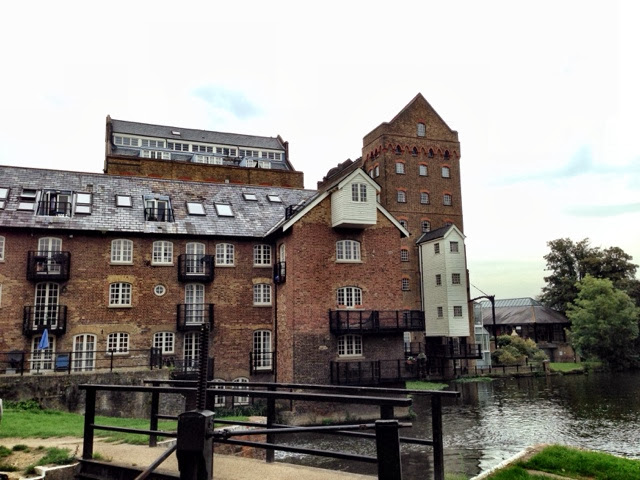 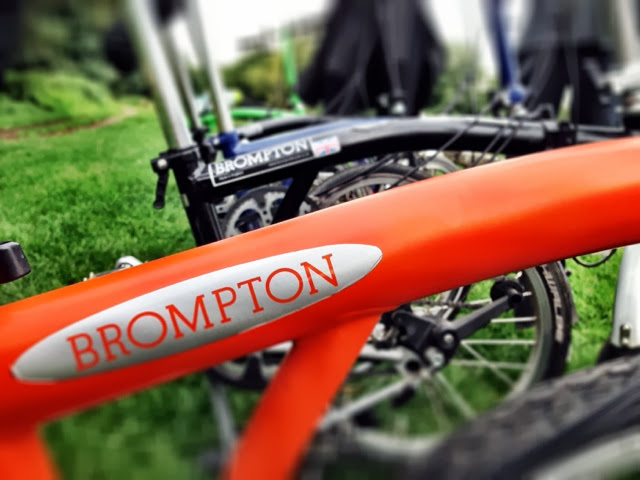 I took my Titianium Orange Brompton with me and I still like the riding position to that of my M type. The great thing about having an S and an M type is that I can choose between them. The M might have been better suited to this slower pace  up I could not resist the draw of taking the S.
After a particularly muddy section I the distance we saw the familar and welcome sight of Mick B in many ways the Commander and Chief of the Brompton Club. It was great to see him and it has been far too long since he has been on a club ride!
Going under a road bridge we spotted some urban graffiti which offered a great photo opportunity.  In the second picture I am sure that's Peter from the Tweed Run?
Kevin from New York said that he was fairly new to cycling but looked pretty fit to me. I have written before that New York is the place in America I would like to visit first. His description of cycling in Central Park fired the imagination and I vowed to myself that one day I will go there. (I like our American cousins - and I am not speaking about my actual American cousins. I have met lots of people from all across the world and I have yet to meet a person from the USA I have not got on with). 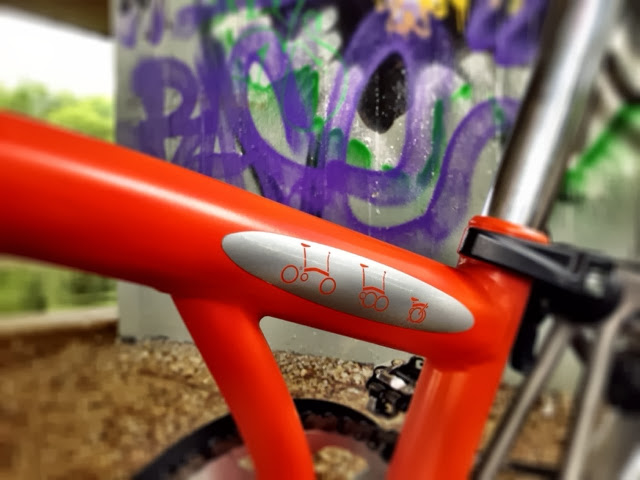 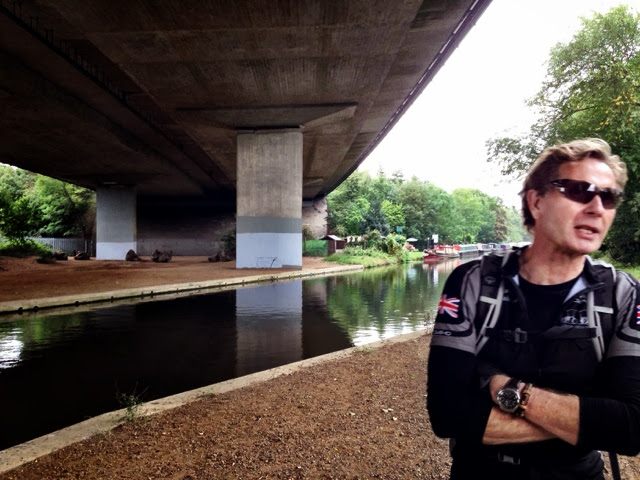 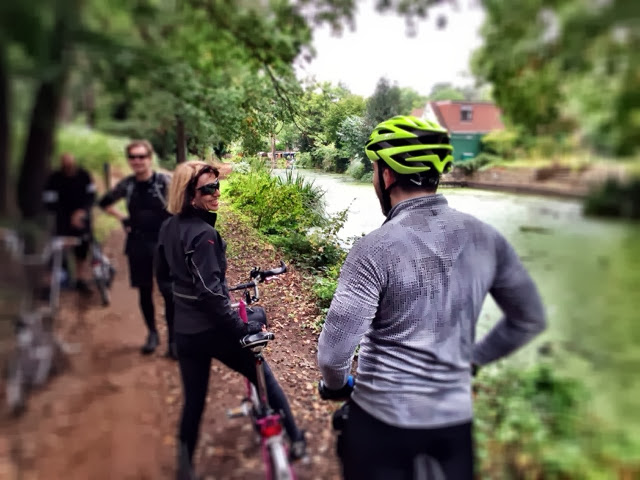 Arriving at Aldershot we took trains bound for London and said our goodbyes. Kevin, if you are reading this, it was lovely to meet you and when you next cycling in Central Park take your camera with you, take a few shots and send them to me if you can. It was also great to meet some new faces and I hope you'll be able to come out on future rides. Thanks again to David for organising this ride and navigating us safely! He is becoming indispensable!
Arriving at Waterloo I cycled to St John's wood at pace and go there in very good time and more importantly without getting lost!!  Yesterday's ride was a break from the big distances at a brisk pace, although saying that I ended up cycling about 42 miles in total. As a British winter approaches it will be these sort of rides that will keep us going. There are lots more adventures planned and next Saturday night May will be a night to remember!? More on that later in the week.
At the moment I am without an internet connection so until it is fixed I cannot link to my ride data. You'll have to work a bit and copy and paste! I'll sort it out when it's back.
Remember you out there, it doesn't have to be far or quick! It just has to be enjoyable. So, get that bike out of the garage and go for a ride. You'll be surprised how good you feel after even a mile or so. If after a mile you don't feel too bad, cycle a little more  do this and you'll be on the start of your own adventures!!
http://connect.garmin.com/activity/382810586#
at September 29, 2013