The dream team ride once more!

It has been ages since my riding Partner and I have gone out for one of our little adventures. When I saw him a week or so ago I said that it had been far too long. He agreed and a date was set. Ironically it was the day of the Brompton World Championships that neither of us had got in to.

The meeting point was the London Eye and when I arrived near St Paul's Cathedral, the Freecycle event - where traffic is banished for an eight mile section - was already well under way. I arrived in good time and not too long after my partner in crime arrived to, looking good and back to his usual self.

It was great seeing him again as I have missed him and despite me boring him with talk of road bikes, my road bike and what I liked about it - he is thinking of getting one next year - we enjoyed each others company as we always do and it felt like old times.

Our route was the ever faithful London Eye to the Thames Barrier and back. When we reached St Katherine Docks we saw large crowds massed and waiting. We didn't know what they were waiting for until we saw a sign that the clipper race fleet were arriving soon after their 40,000 mile circumnavigation of the globe.

Riding through we headed further east and stopped to take some photos of the fleet as it sailed past. I remarked that I would want something a little bigger if I were to sail around the world, but hey what do I know? 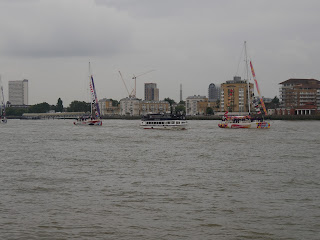 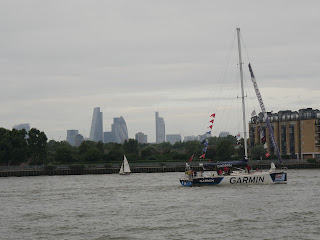 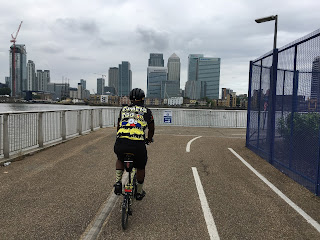 It was quite a warm morning but with little spits of rain now and then. Our progress was pretty good to the Thames Barrier, perhaps as we were taking very few photos. I have been enjoying just using my iPhone of late and find it a versatile travelling companion. 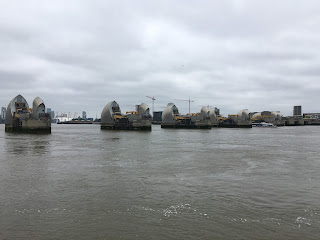 At the Barrier went to the Barrier Cafe where we partook in some refreshment. That done we headed back towards central London.

St Katherine Docks was impassable so be made a little detour and soon found ourselves back on familiar territory. 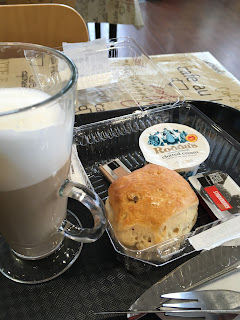 When we reached the Tower of London, we parted company until the next time. It was great to see my riding Partner again and I am sure that it won't be too long until we are out again getting up to mischief.