Early this morning with a little time on my side I decided that I would venture out on a little recce along the Grand Union Canal. I write along the Grand Union Canal but I did use quiet roads more than the canal towpath and as such covered quite few miles. After about 18 miles I had reached Harefield, a location I had previously visited by car and more specifically St Mary's Church. 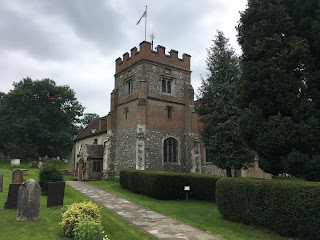 St Mary's Church is Harefield's oldest building being named in the Domesday Survey of 1086. In fact much of its surrounding land was owned by the Knights Hospitallers.

Of course anyone who visits the church will soon discover the many WWI Australian servicemen buried there, so far from home. Many of these young men fought and were wounded at Gallipoli or the Western Front and subsequently died from their their injuries at the hospital established nearby. 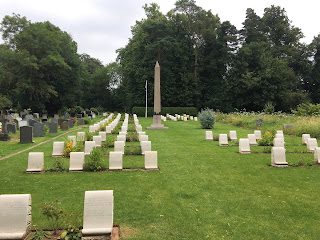 The parents of many of the soldiers buried here were unable to attend the funerals of their loved ones and were never to see their final resting place because of the distance and expense involved. 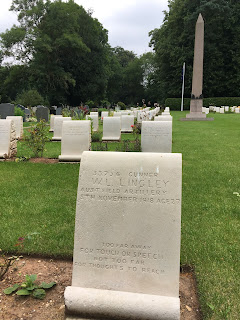 From 1921 there has been an annual ceremony which sees children from a local school putting flowers on every grave. This is followed by a service attended by representatives from the Australian High Commission and occasionally relatives of the departed. 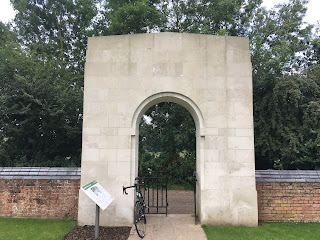 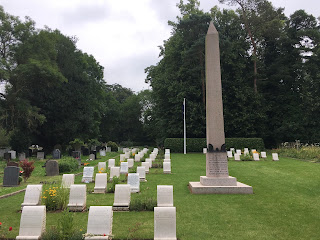 Among the many graves is one lady, Staff Nurse Ruby Dickinson who died of pneumonia following
influenza.

It really is a lovely location and well worth a visit and one cannot help to be moved by so many young lives cut short and the poor relatives who grieving from so far away. Australians are wonderful people and I have written before that I have yet to meet one I have not been able to get on with. 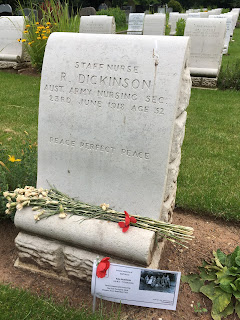 With at least another 18 miles to cycle back the other way I didn't stay too long but did manage to find a cafe that was open further up the high street that sold a pretty mean espresso and almond croissant.

Again my road bike was the bicycle of choice and I was glad that I took it. The distances seem to be eaten up by this bike. I have not forgotten or neglected my beloved Brompton bicycles but my Condor road bike is just so comfy, efficient and fun in getting me from A to B, if I know I don't need to fold, it is going to be my preferred weapon of choice. 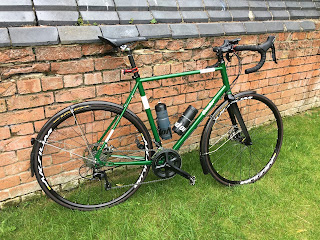 Again I put the Garmin 820 voice commands when navigating to use and found them to be faultless. I am really liking this little unit and if it can get me to where I want to go - with my sense of direction - it must be pretty good. I'll get a review out at some point for the 820. 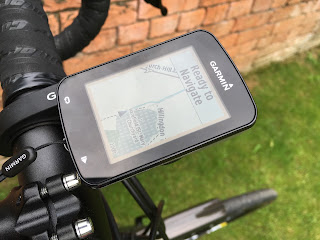 In case you are wondering what the word recce was used for, I was testing out a few locations - this church being one of them - for a ride that I might actually lead on road bikes or Brompton's. Having the confidence to navigate has been the main reason for me not leading rides. Perhaps with the help of the 820, iPhone, paper maps and a few friends it just might happen?
at August 03, 2016