This weekend is the weekend that the Dunwich Dynamo runs. I had signed up for this several months back but made the decision a few weeks ago that for this year I would not be participating. With my coach ticket sold on, that was that. However, there was an alternative in the form of a London to Felpham overnight ride that would be 70 miles. I was in.

I have been trying to get better at using public transport as far as night rides go and it was with some trepidation I stood alone at an overground station, bound for London. The night was glorious and the prospect of rain looked remote. I was taking my big bike out for its first night ride after all!!

I got off the train and cycled about 6 miles to Hyde Park Corner. The past few rides I have been terribly late for one reason or another and for this one I was terribly early - a position I am much happier being in.

Sitting down looking out at Hyde Park Corner I took a few photos of my new bicycle and was rather pleased at the reflective logos and elements.


A couple on roller skates were having an almighty row about whether they were lost - they were! They wanted to be at Marble Arch, they informed me. I gave them directions but they headed off through the arch in the wrong direction, lights on their skates blazing away until they were gone, quite literally lost to the night. 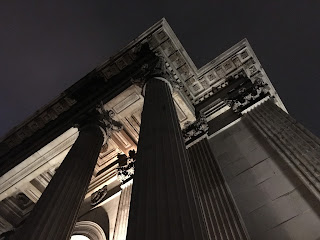 Soon my fellow participants started to arrive. Dr John, David and Anne were there - John being the only Brompton rider of our little group. I have to say I missed Geoff. I had been pestering poor Geoff to do the Dynamo but just did't think my fitness was there.

This ride was 70 miles with a few hills, stunning views, excellent breakfast, easy return home and the opportunity to see what my new big bike was really like.

After the safety talk and at the stroke of midnight, we were off. That wondrous sound of cleats clicking into place and various GPS devices bleeping to let their owners know the ride was being recorded for prosperity could be heard over the sound of the traffic.

At Clapham Common we stopped to regroup. I was already liking my big bike a great deal. It felt incredibly comfortable in a way my Brompton bicycles cannot and I was able to glide along at higher speeds with less effort.

Dr John has also made the plunge and a big bike is on order. I have been fighting the urge to buy a big  bike for over a year. This is my first road bike and I have only ever own a mountain bike and another Brompton when at university. I have been shocked at how much I like it and the speed of which other fellow Bromptonians are taking a similar path.

Our route was another good one and despite our halfway refreshment stop being at the now familiar 'The Cabin' in Faygate we arrived there from yet another direction. Very clever.

We arrived at 'The Cabin' before 04:00 and had to wait a short time until they opened up. Inside was a the sanctuary of a seat, cup of tea and a doorstop cheese and pickle sandwich. After taking a few selfies and tittering over the results - yes three middle aged gentlemen can do that - we got the signal from our ride leader that we were to go in five minutes.

Outside dawn had well and truly broken and it actually felt quite warm. No need to layer up. It was simply a case of pedal briskly for a few hundred metres and any coldness was banished. 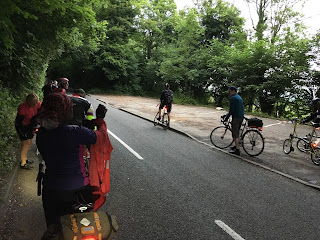 At the front the pace was purposeful and I commented on the fact that Anne who would be taking part in the Ride100, would have no problems at all. She was a flyer! David, who was a little under the weather could usually be found with the ride leader or marking waypoints. 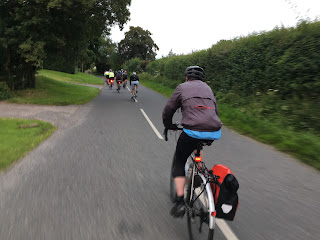 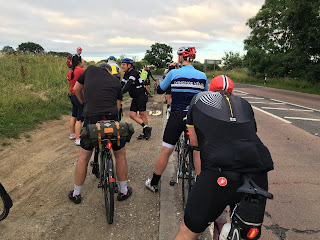 The views were stunning and it was a shame that I couldn't devote more time to taking some photos of them. In truth I was enjoying the cycling too much to do that. 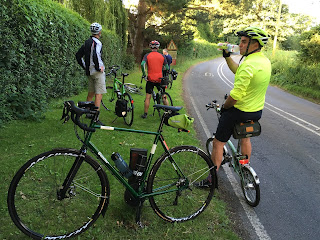 Due to recent poor weather an initially planned part of the route had to be abandoned as things were too muddy. This meant that we would have to ascend 'Bury Hill' near Arundel. This is quite a busy road with about an 8% gradient that goes on for about a mile. The surface isn't wonderful and cars zoom past at speed. I remember doing this on a night ride when it did nothing but rain and as such was not pleasant.

My road bike afforded me a certain amount of confidence that Bury Hill would be no problem at all. The gears worked well and I still had a cog to play with, just in case. In addition to this I could adopt several hand positions from the hoods to the drops to the top bars. This was great. The icing on the cake - although I didn't need it - was that I found riding out of the saddle was quite easy and knew that if all else failed I could stand and power my way up. 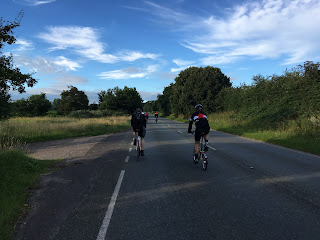 At the top of Bury Hill the views were incredible but alas the road was so busy with cars speeding by I dared not stop. Eventually I found a little place where I could and took a couple of photos. 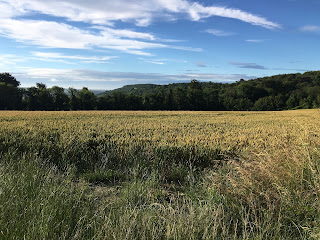 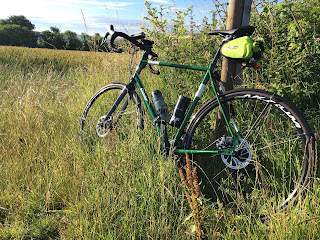 With the back of the ride broken, it was time to turn on the after burners and get to the breakfast stop. A good amount of this route was downhill and I felt more confident at maintaining a higher speed on the descents. I think the disc brakes also helped with this as they did an excellent job in controlling my speed and slowing me down effectively when I desired it.

With 70 miles showing on my Garmin and 'The Lobster Pot' in view, we did it. Breakfast was ordered quickly and not long after this, a particularly fine breakfast was brought over and eaten with much glee.


With a  few quick photos take of sea views, Dr John, Anne, David and I headed for Bognor Regis railway station. We boarded our train and nearly 90 minutes later we arrived at Victoria - having said our goodbyes to David and Anne a stop before. Dr John and I muddled our way to Euston where we parted company. 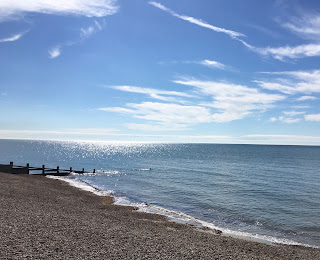 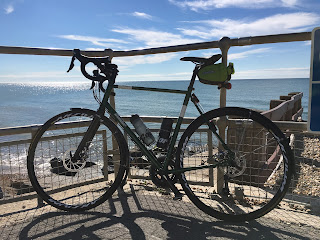 This was a brilliant ride. My big bike was a revelation. After 70 miles I genuinely felt as if I could cycle another 70. It was also such a lot of fun and the only analogy I can make is that at times it was almost like flying. There are huge differences between a Brompton and a road bike of course and they are for different purposes - although yours truly has done this route and longer ones on my Brompton. I am left with the feeling that for distance rides, why bother with a Brompton at all? I know that on the next night ride to the coast, should I opt to take one of my Brompton bikes I would be longing for my road bike. Perhaps my Brompton will be just for commuting and shorter journeys, with the odd longer rider now and then? 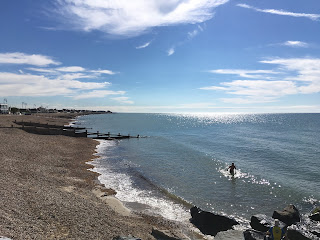 Many thanks to Adam who was the ride leader and to my fellow riders who kept me company through the night Dr John, David and Anne. Until next time.