A day out in Brighton

This morning I was up early and wanting to keep myself busy - for obvious reasons - I suggested to Mrs Orange and the Orangettes a day out in Brighton. This was met with their approval so we headed off and got there in good time.

The weather was good. It wasn't the hottest of days but it stayed dry all the time we were there and the sun was shining. Our first port of call was the famous Pavilion. 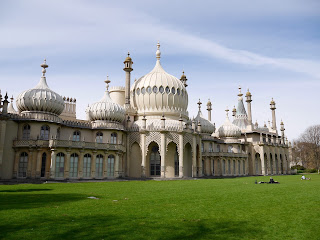 I suspect the Royal Pavilion to give its official title is a love it or hate it affair. I fall on the former and just think that it is quite wild and crazy. 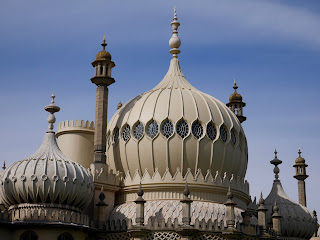 It started in 1787 as a seaside retreat for George, Prince of Wales who was later to become George IV. It was the designer John Nash who we can thank for the wildness of the design.  He was also responsible for Regent Street, Buckingham Palace and Carlton Terrace to name but a few of his more famous designs. 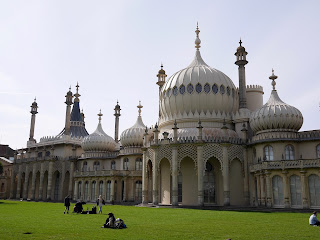 I think the last time I was in Brighton taking photos of the Pavilion was early one morning after a night from London. If I recall rightly I we had arrived early and needed to kill a little time after breakfast before catching the train back to London. 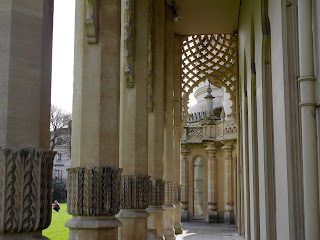 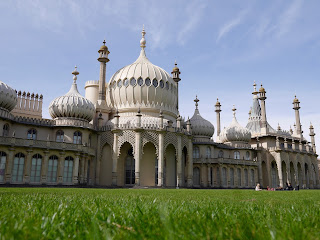 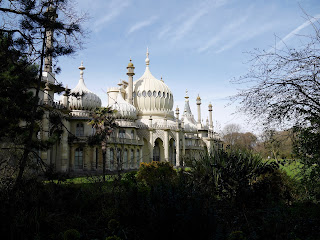 The waves were crashing in and I wondered what it might be like walking or riding along the Undercliff? 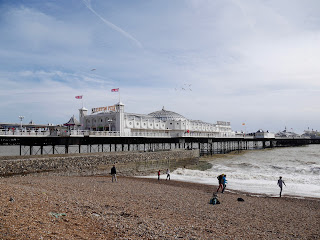 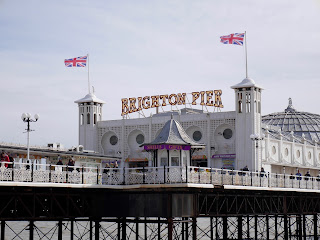 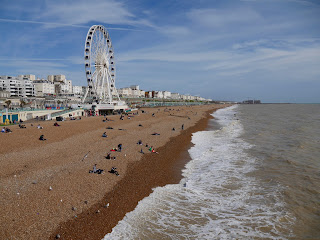 The British seaside has been in decline as a place of recuperation but the company of my family, the views and sea air seemed to lift my sprits and hopefully done me some good.

In the not too distant future I hope to participate in another night ride to the coast, this time a few miles up the coast in Shoreham. Despite this I would imagine I will return via Brighton and be able to  sample its delights, if only very briefly. 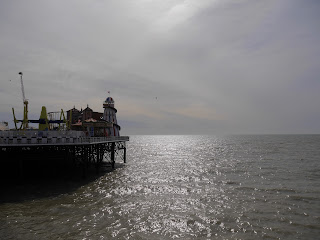