Wet and wild London to Southend

Sadly, my dad passed away on Tuesday - one week after reaching his 90th birthday -  after succumbing to old age and nearly two years of suffering the indignity of severe dementia and all that entails. I took the view that the overnight ride to the coast might do me some good.

I was going to take my favoured Orange P type but oiling the chain and gear cable I discovered that the latter was frayed and about to snap. When I moved the gear selector on the handlebar, it did snap. I could have put a new cable on but decided to take my Orange Titanium Brompton instead. With no dynamo hub I had to rely on battery lights and quickly got them on charge.

Saying goodbye to Mrs Orange and the Orangettes I headed off into a rainy night with a selection of waterproofs wondering if the forecast of persistent rain was accurate?

When I arrived there were already a few participants there and some familiar faces came into view. Geoff, David, Adrian, Peter, Iain, Charlie and Miranda were all there along with Bob, our ride leader. It was just like old times and all the general feelings of excitement started to emerge.

With the customary ride briefing that requires a certain amount of audience participation and the rain still falling at just after midnight, we were off.

Our progress out of London was quite slow. There were lots of road works and the traffic was heavy at times. I had worried about whether my lights were going to be up to the challenge of dark country lanes but for almost the entire ride there was some form of street lighting / source which meant I was more than okay.

As always on these rides there were stretches where I was cycling along on my own with nothing but a faint rear light to be seen in the distant but I have to say that there were a great deal less on this ride. It was at these moments that thoughts turned to my my dad. Random memories replayed in my mind to offer some small comfort.

In my haste I had left the house without a pair of gloves. Luckily Geoff had brought a spare pair and even more luckily they fitted my large farmers hands!

We arrived at Junction 31 services at about 03:30. We were well aware of the lack of comestibles on offer so people tucked into whatever they had brought with them.

Geoff's gloves were heavy with all the rainwater they had absorbed so a trip to the toilets and their dryers was in order. Lots of other participants were attempting to dry all sorts and members of the public also using the facilities looked on with a combination of bemusement and incredulity.


I had decided to take my trusty GX7 camera. This is quite old by modern standards but still one of the favourites in my stable of photographic tools. 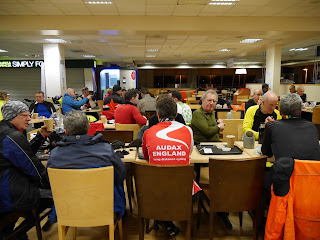 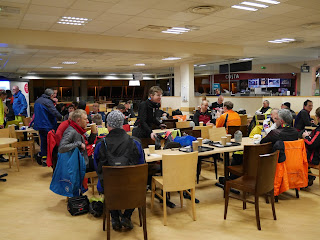 Tim a ride leader for a previous night ride to the coast had brought out his new all ball special edition. It was certainly a looker and I was to have a closer look at it a few hours later!

After an hour or so Bob informed us that we were to go in ten minutes and that we should have a look at our tyres just in case we had a puncture. We set off and only a few hundred yards away Bob had his bicycle upturned and was making good a puncture. Typical!


In the middle of nowhere Bob had the call that Tim had a rear wheel puncture. Geoff and I cycled back but Tim already had the rear wheel off and was making good the repair. With that done we headed back to the group. 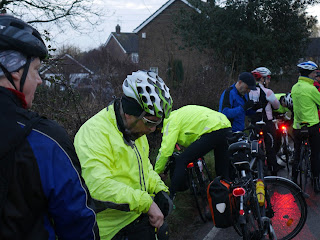 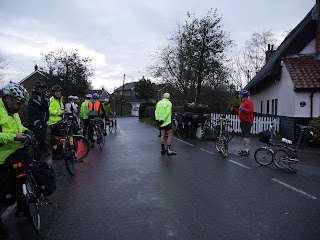 Sadly, Geoff had to head back a quicker route back to Southend as he needed to be home for a later appointment. The ride had been delayed slightly due to a few punctures - always more frequent when it rains or has been raining. 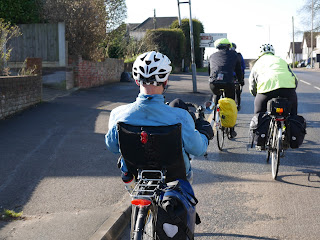 With the back of the ride broken and the sun coming out the end was in sight. This meant a full English breakfast so the pace quickened. 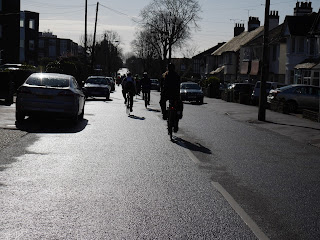 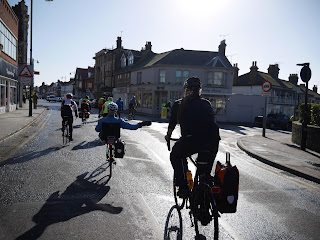 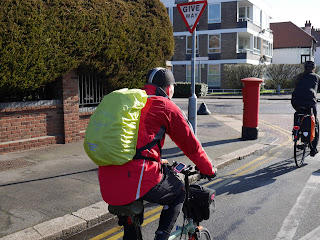 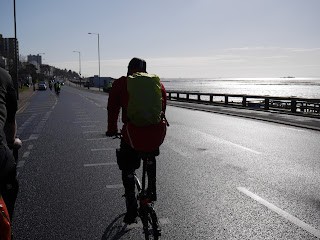 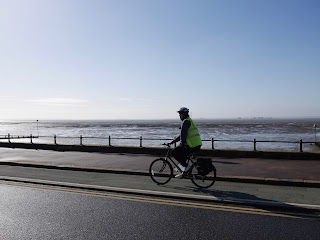 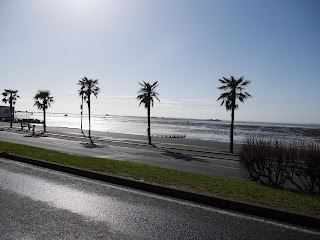 With just over 64 miles clocked we arrived at Southend. Our former haunt the 'Rose Cafe' was no more but Bob had managed to secure the 'Beaches Bar' which had some pretty fine views out towards the estuary and Southend Pier.

The breakfast was very good and and it was certainly enhanced by those views. With our breakfast eaten, David and I headed for Southend Central and made out farewells. 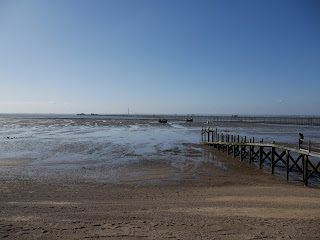 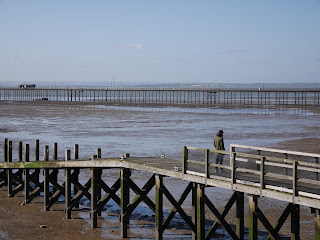 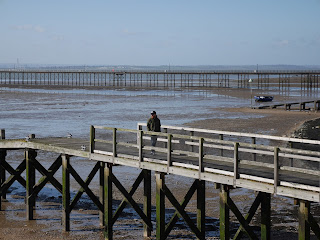 Our train was in time and just before 11:15 we arrived at Liverpool Street Station. David and I cycled as far as St Paul's Cathedral before going our separate ways. As I cycled along I could not get out of head that it was a Saturday.

This was a lovely ride. I am glad that I went on it as it did take my mind off the obvious and those moments when I cycling alone with only my thoughts for company, thinking of happier times did help.

Many thanks to Bob and his team of tail end Charlies. Hopefully we can do it all again when the next ride - one of my favourite of the night rides to the coast - to Whitstable takes place in about a month from now. 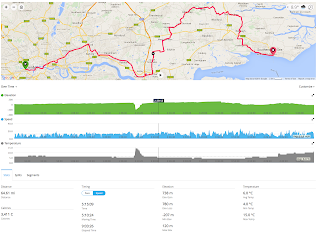 As always the map and ride data can be viewed by clicking on the link below.