It has to be said that I have been moping about and not really in the mood to do anything much. I did wonder if I could get motivated to go on todays ride and taking the view that like the recent London to Southend ride it would do me some good, I decided I would definitely be in attendance.

This particular ride was based on the 'London Classic' which is an event I have enjoyed immensely over the past few years. The premise of this ride is to emulate the Paris-Roubaix which entails cobbles and hills. This year the official 'London Classic' has taken a rest - and I hope it returns next year. Seeing as it wasn't happening David had organised a version of it where we started and finished at the London Eye - much better for yours truly!!

The Southbank was blazed in sunshine and already people were out in force. The sky was blue and it looked to be a stunner of a day. 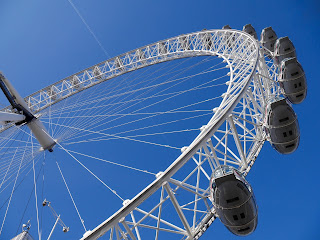 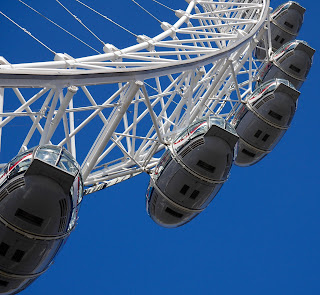 I had cut things pretty fine as I had to return home after cycling less that 100 metres as my derailer wasn't shifting. A quick adjustment and I was off...again. When I reached the Eye the participants were all present and correct. As well as David, there was Anne, Zoom Zoom, James, George and another David. 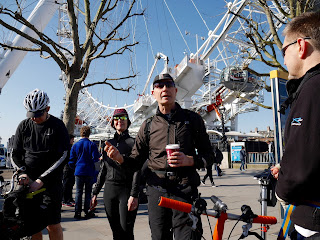 As David started his ride briefing, a street performer with an electronic clarinet - that I not only wanted to have a go on but wanted to own - started to get ready. This initially consisted of a noise that was not that dissimilar to a fog horn. What was to follow was incredible.

David was having to compete with a backing track and said street performer doing a pretty mean version of the 1989 hit, 'Waiting for you' by Richard Marx.  I am ashamed to say that I heard not a word of what David was saying as I was too engrossed with what I was hearing. You would have through this gentleman's target audience might be something a little more modern? 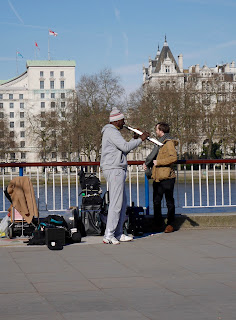 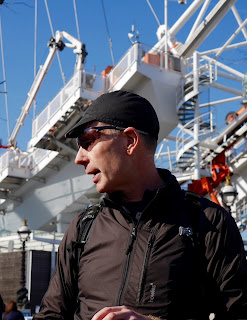 Shortly after 10:00 we were off winding our way through the many people taking advantage of the lovely weather along the South Bank. 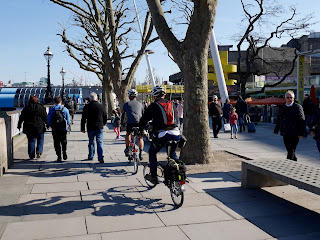 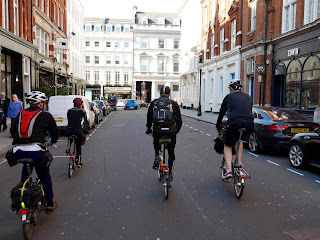 David and Anne were sporting a handmade cap by 'Skye Caps.' They looked wonderful and having put an order in for one myself I hope to review it on here in the not too distant future.


At 'Look Mum No Hands' we stopped for a quick swig of water etc.., just as we have done on previous Classics. 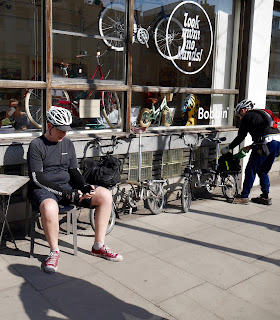 My Titanium Orange Brompton was out again. As you may be aware a cable snapped on my beloved P type but I have yet to replace it. 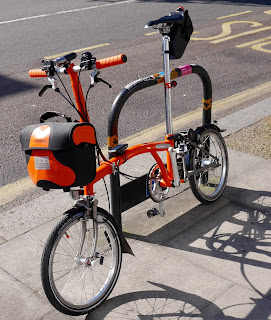 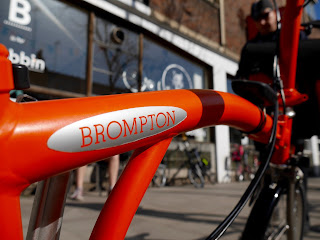 Along our route there were loads of other cyclists out. A gentleman and his daughter looks to be having fun and dad had a pretty fine fixie! 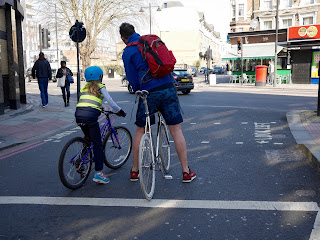 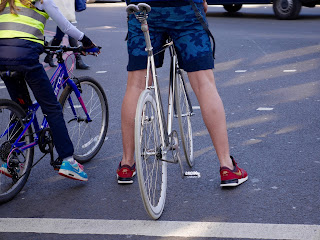 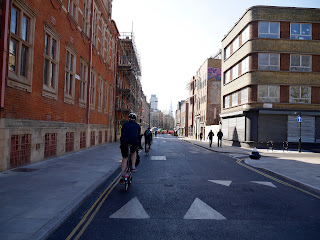 Every so often we had to endure the cobbles. These are essentially the original road surface and you'd be surprised just how much of London still as them.  Now and again there were some sections of cobbles were there were loose ones. In my youth I might well have made off with one as a souvenir! 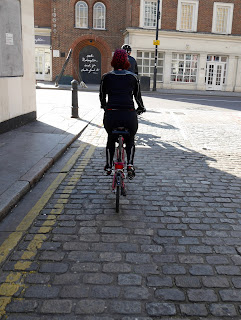 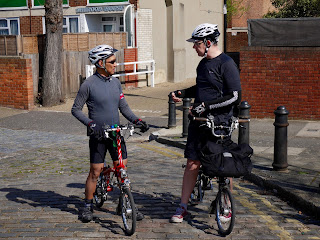 With all the bone rattling cobbles to negotiate lots of things came loose. My seat post required attention now and then and Anne's water bootle mount needed one of David's rubber gloves as a barrier. 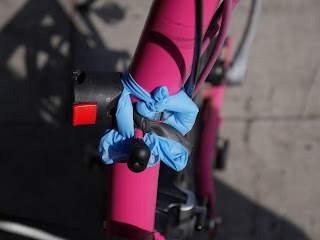 On our journey we passed over a bascule bridge. There are lots of these along the Thames and I am a bit of a fan of them. Essentially they had a huge counterweight that would allow the bridge to rise up and allow ships etc.., through. 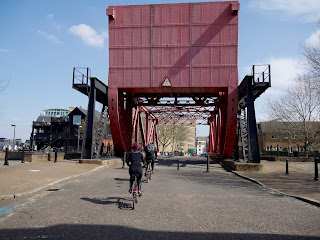 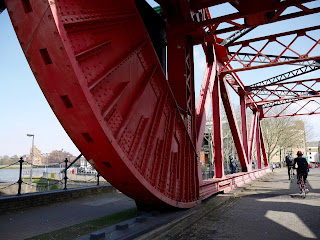 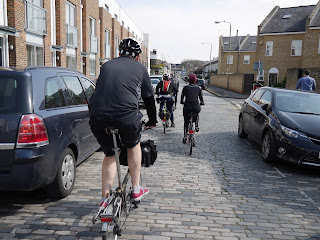 With the first of the big hills on the way my camera was put away and the dreaded Canobie Road was awaiting. On my first Classic 3 or 4 years ago I managed about two-thirds and walked the rest. Of all the hills on the Classic, I feel it is the worst. I have to report that it didn't feel that bad and my ascent was better than previous attempts. I think all this cycling and relishing any hill - I love hills - has served me well. 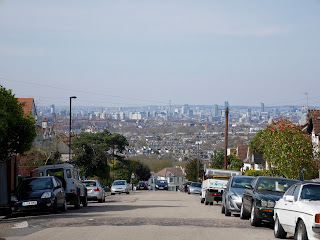 While we waited for everyone to make it up I spotted an old Ford Capri. This reminded me of the television series, 'The Professionals.' 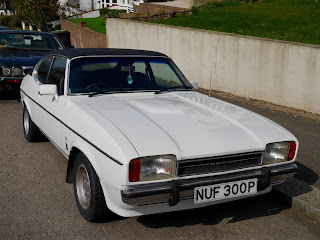 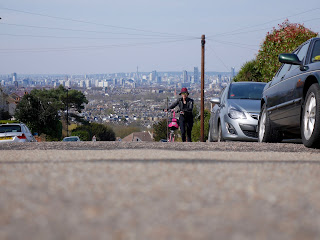 There were a few more hills after the dreaded Canobie Road but the worst was over. (Make sure you have a look at the ride data for the ride profile). Our pace quickened and we got back to the Eye in good time. Greeting us was the lovely Sam sporting one of her caps. I made my farewells and cycled back towards St Paul's Cathedral - which was slow because of all the people out on such a fine afternoon. 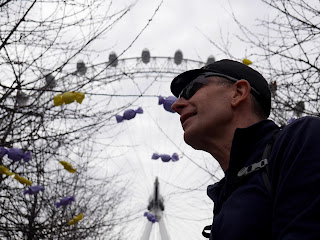 Well the Classic didn't officially happen this year but thanks to David and my fellow participants we staged our own unique version.