Kensal Green Cemetery on a Brompton - Blog and Video

With a little time on my hands yesterday and in the area I paid a visit to a favourite haunt of mine - Kensal Green Cemetery. Opened in 1833 it is in my opinion one of the finest if not the finest Victorian cemetery in the country let alone London.

I arrived at the cemetery just before 16:00 and was thinking that it might have been either closed or about to close. Enquiring at the gatehouse a friendly lady said that the cemetery didn't close until 17:00 and as long as I was back before then all would be okay.

As I entered the sun was already going down. I am not prone to superstition of any sort but a little voice in my mind reminded me of all those 'Hammer Films' starring the great Christopher Lee / Peter Cushing in which Dracula would be out and about as soon as the sun was setting. 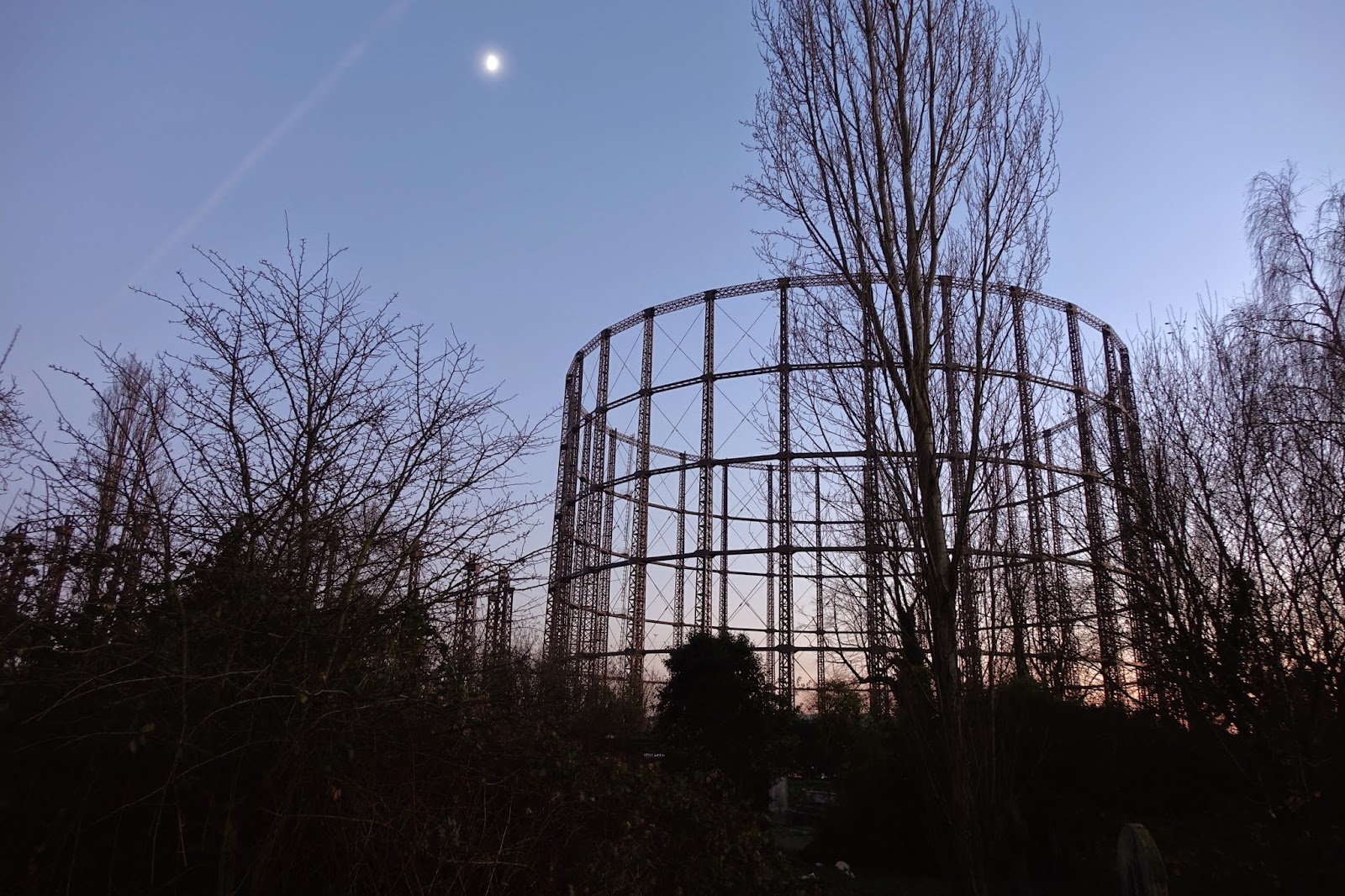 No sooner than I tutted at this voice in my head several Ring Necked Parakeets noisily flew overhead screaming, almost bat like. The cold and crips air was punctuated almost immediately after this by a Tawny Owl twit twooing, disturbed by yours truly and flying off to a nearby tree, unseen but almost certainly watching to see what I was up to!

As well as some photographs I also took a little video footage. You can see my results and perhaps get an idea of what this location was like by clicking on the link below. It is less than 2 x minutes long.

Back to the photographs. The strange thing about the photos i posted on here is that the camera I sued is so good in low light, all looks a great deal lighter than it actually was. Believe me by the time I took the first photograph I could only just about see where I was going and what I was doing. 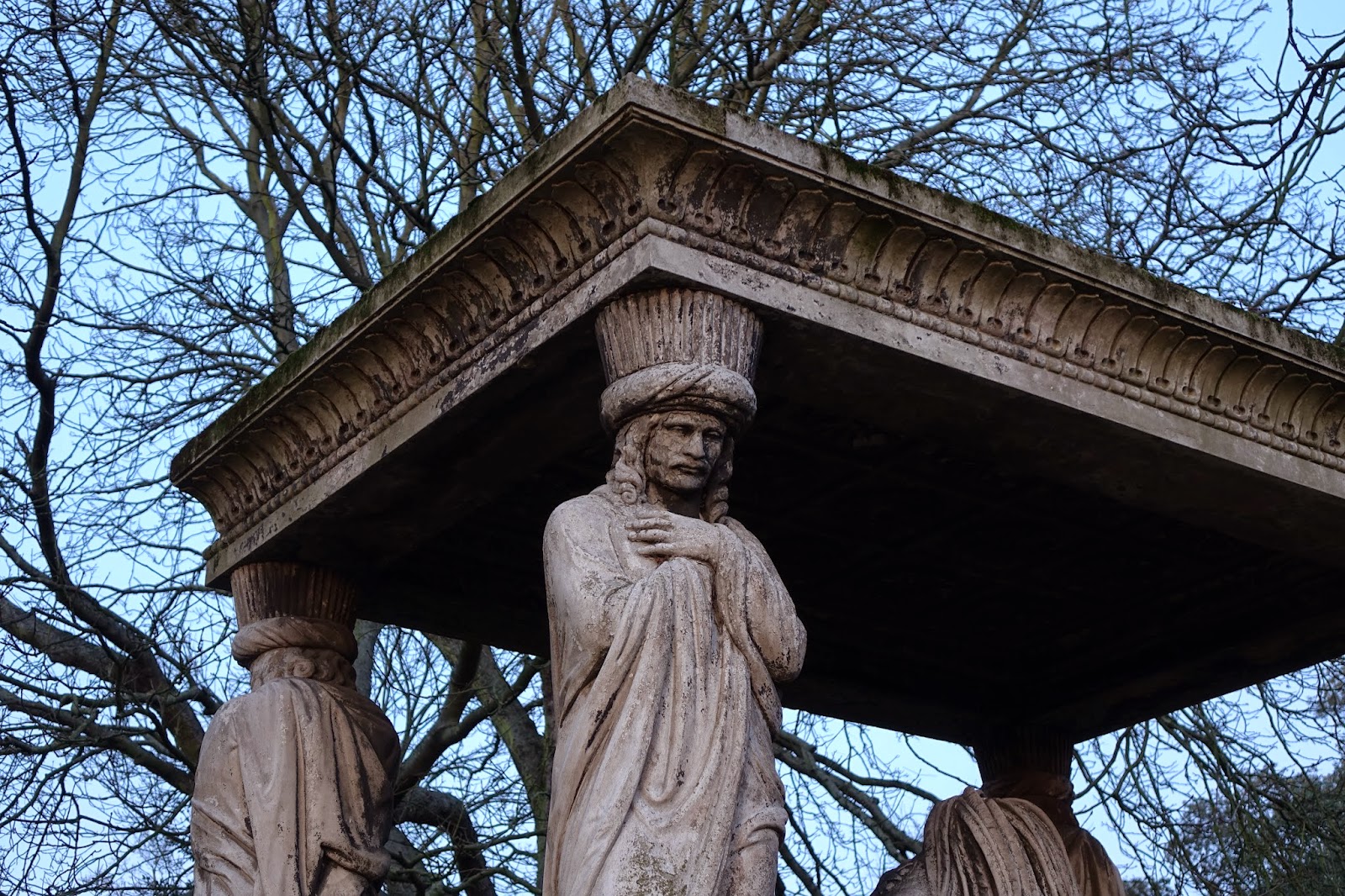 I suspect that a modicum of fear may have taken hold as as result of my surroundings had I not been concentrating so hard on what f-stop, ISO and shutter speed to use. The tomb below is one of my favourites and I always seem drawn to it. The four guards acting as columns almost looked down at me from wherever I was.

The gas works in the distance didn't help matters either. There seemed to be a dull hum emitting from its general direction? 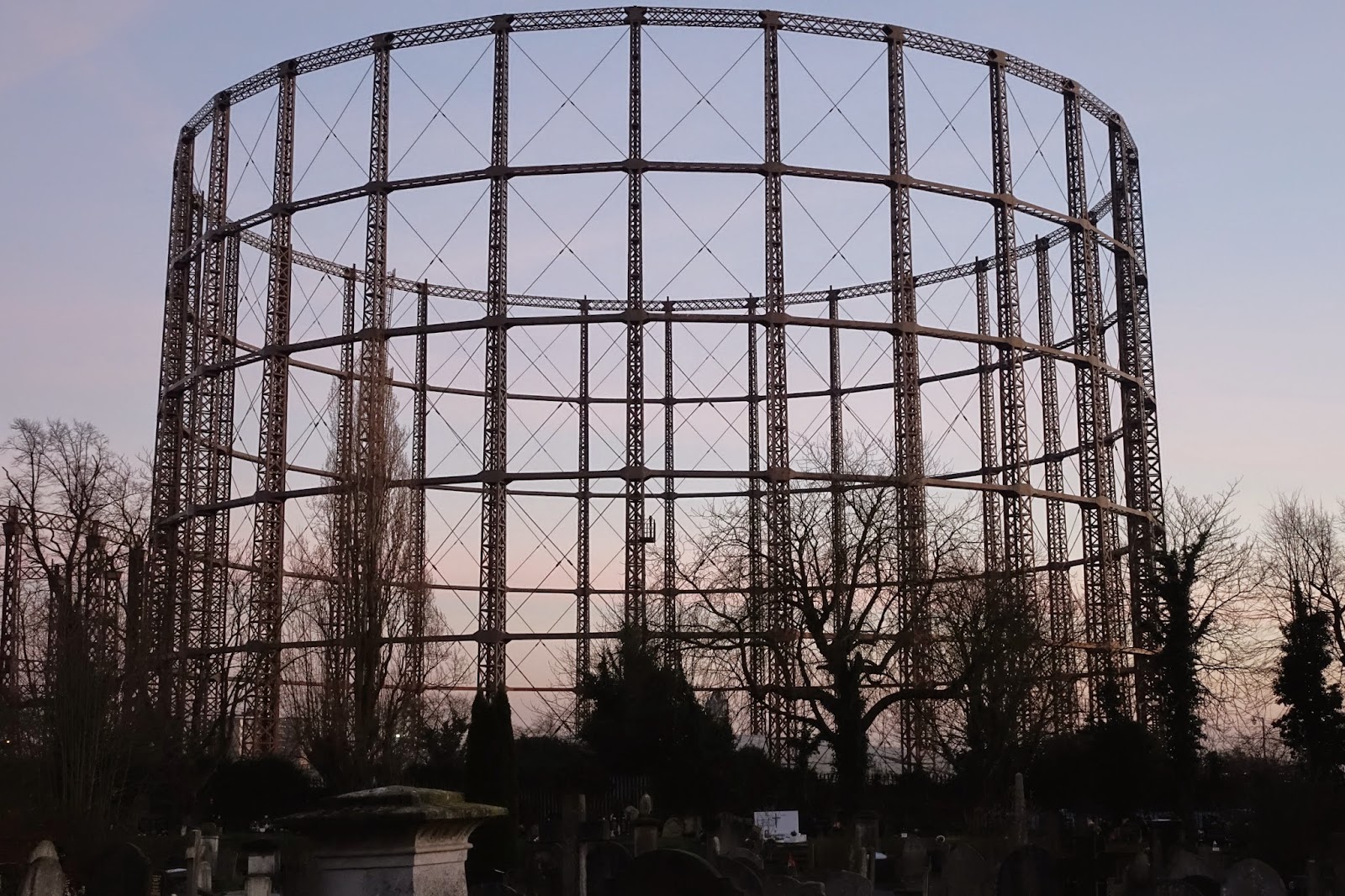 The last two photos below were taken in almost pitch black with only slight illumination by a half moon and the last beams of light as the sun well and truly set. Again my cameras low light prowess was truly impressive. 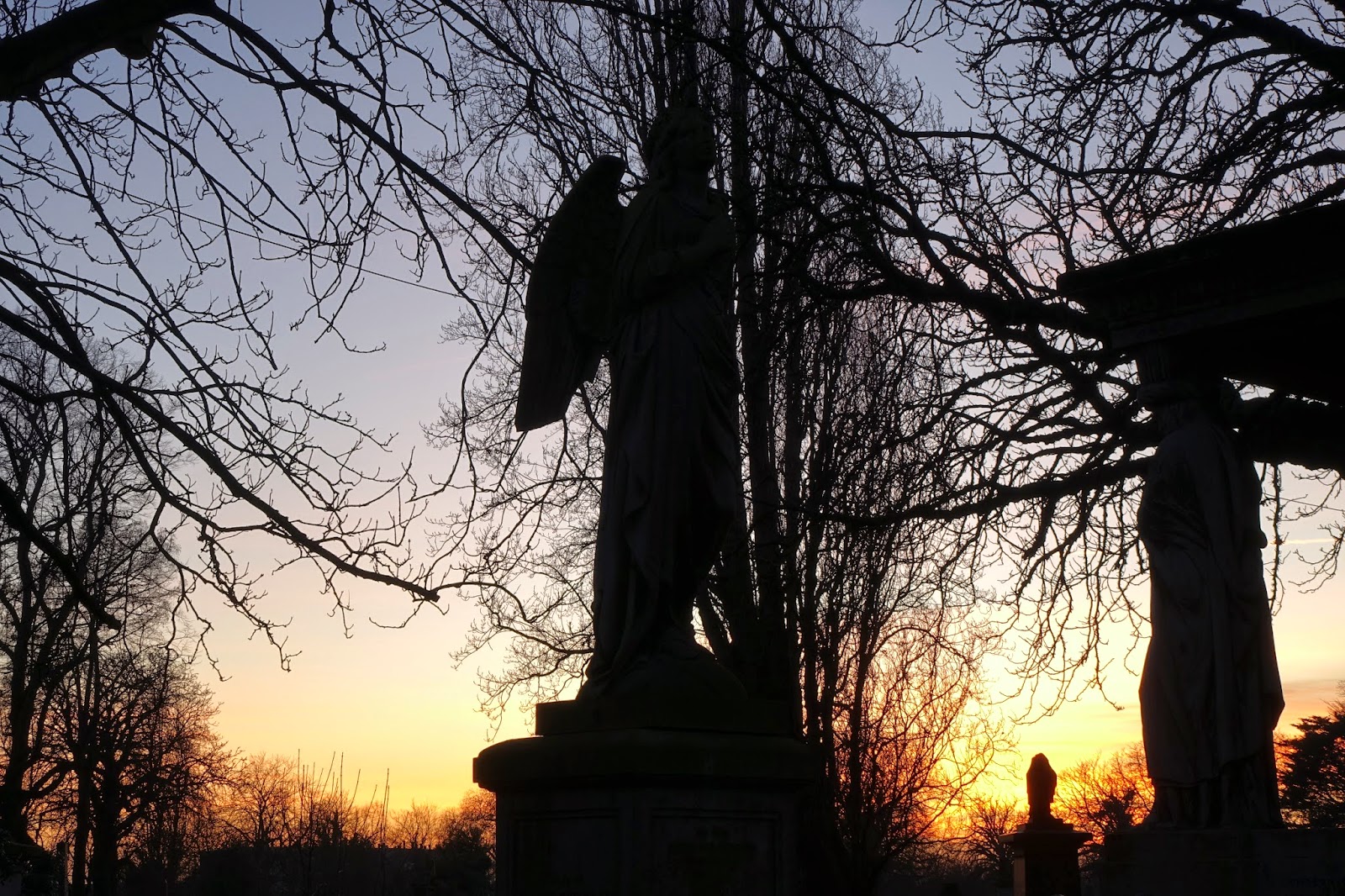 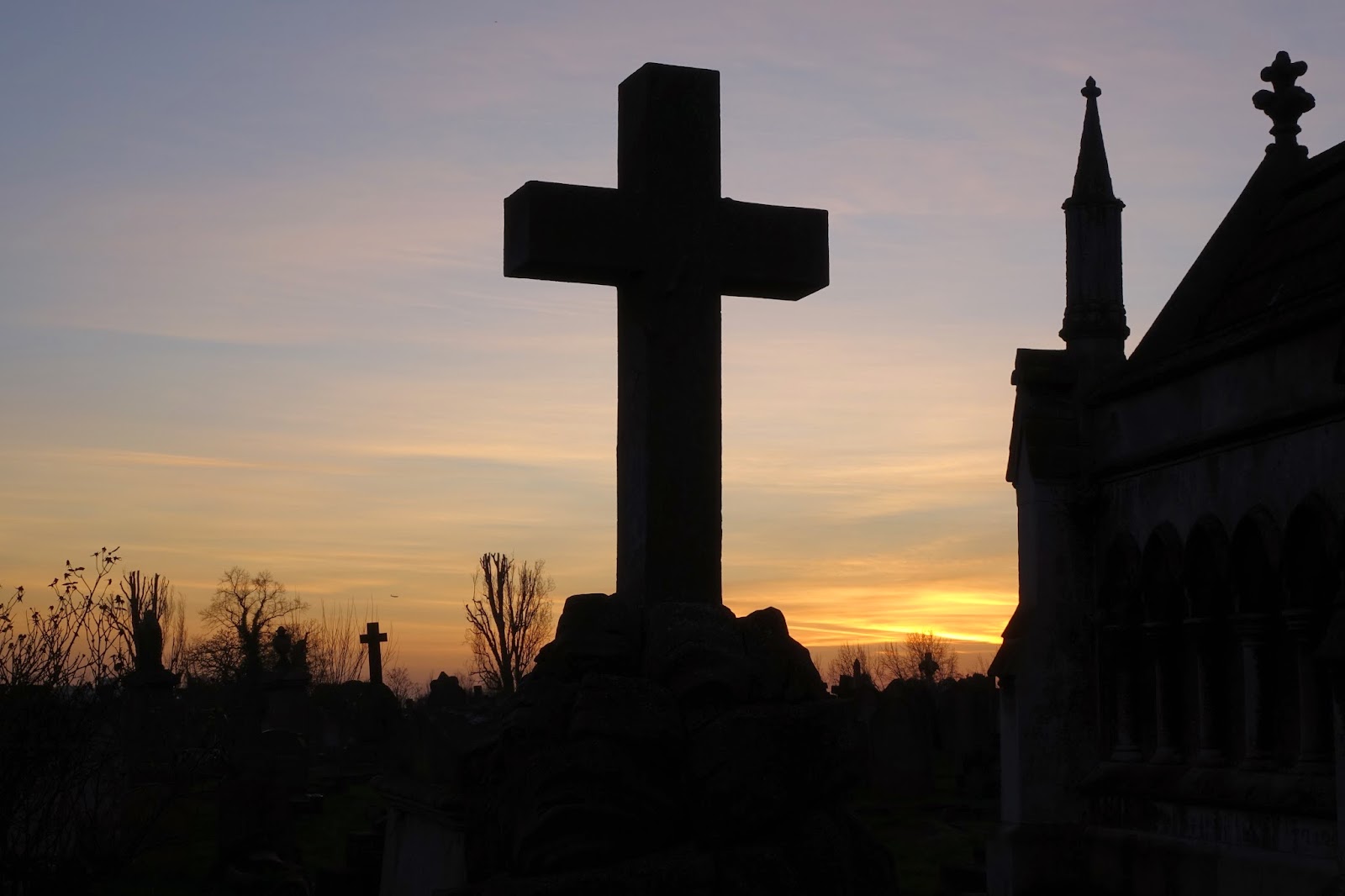 Realising that the time was 16:45 I headed back to the entrance and thanked the lady on the gate. I had just about made it. Cycling is not permitted in the cemetery but you can of course wheel your bike along as I did. It is well worth a visit and my suggestion is to go at the same time I did as things will become much more atmospheric. (Perhaps don't go alone).

Below is the link to the short video I hastily made. Again things seem a great deal lighter than they actually were due to the really good low light performance of my little camera. As always watch it in the highest quality you can.  Link to short video
at December 30, 2014