This afternoon I was visiting some friends in Queens Park and as I arrived early I decided to pay a visit to 'BAPS Shri Swaminarayan Mandir London' or more commonly known as Neasden Temple and I have to say I am glad that I did.

The idea for this came from a few other Bromptonians who had been chatting about going and as I wasn't too far away and had the time to get there, take some photos and get back I decided to pay it a visit.

I hadn't a clue how to get there so used my iPhone to navigate and listened to the voice commands. This worked faultlessly and got me there and back to my friends house without incident. My knee was still rather tender and sore and if anything I should not have cycled anywhere. I was very sensible however and cycled at a snails pace not putting any extension on my bad knee - it fact it only  lets me know something is wrong when coming down stairs.

Having a Hindu Temple in this part of London is quite an assault on the senses. No disrespect to the surrounding area but it appeared to me to be one big industrial estate. The word dump sprung to minds as I cycled along like a pensioner however after 20 minutes something quite beautiful came into view. 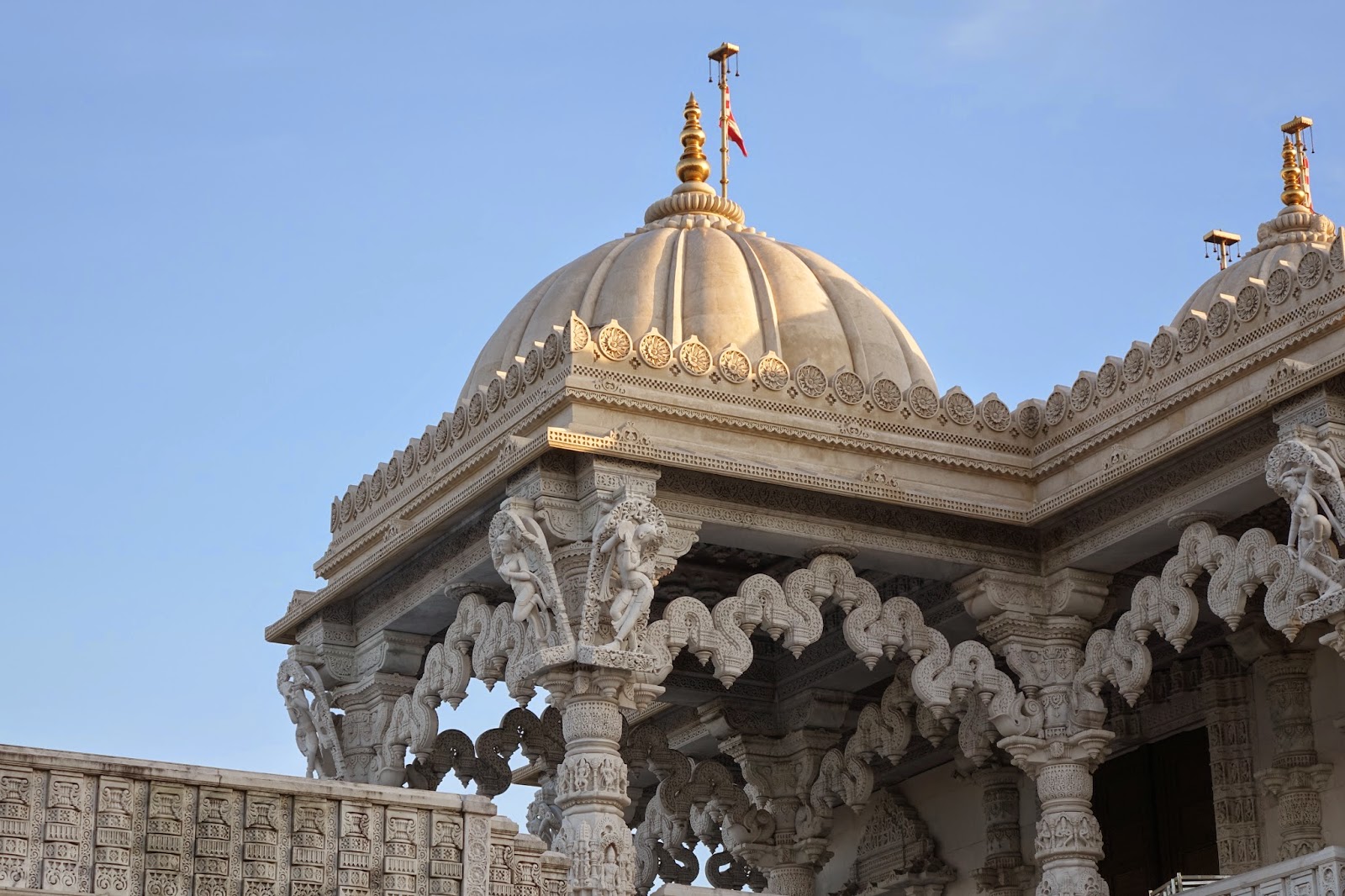 If you are visiting the Temple on your Brompton, you won't be allowed inside with it - which is fair enough. The security guards were excellent and could not have been more helpful and accommodating if they tried. They offered to look after my Brompton while I took photos and said that if I wanted to go inside they would do the same with my camera bag. Time constraints made me unable to accept their kind offer but I would have otherwise. (If only security guards at other establishments were as helpful, polite and friendly). 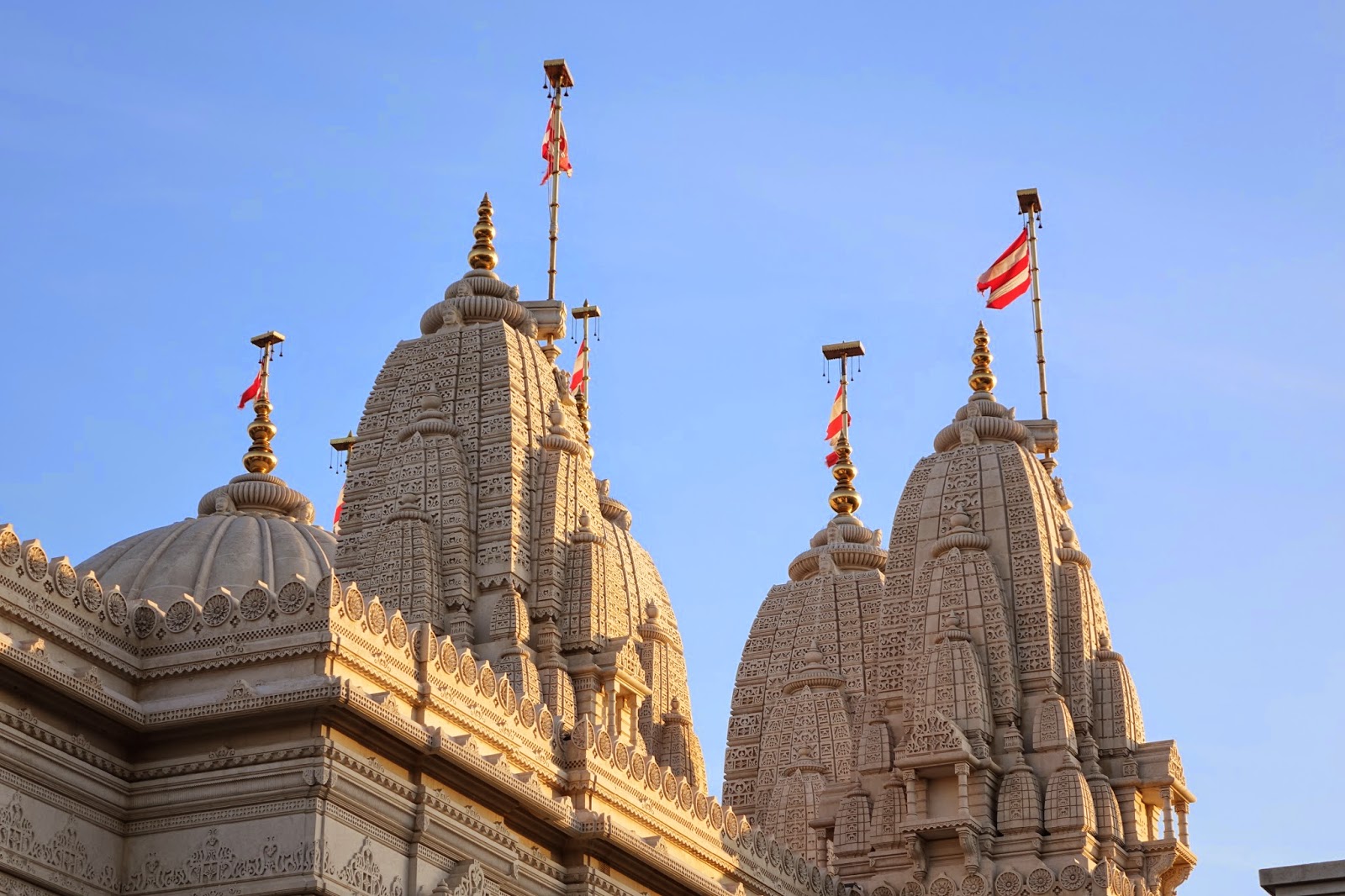 It was a rather cold afternoon with a very blue, cloudless sky. Now this is the strange thing. Depending on the light, the marble/limestone actually changed colour. Light golden brown turned to brilliant white. It was most unusual. 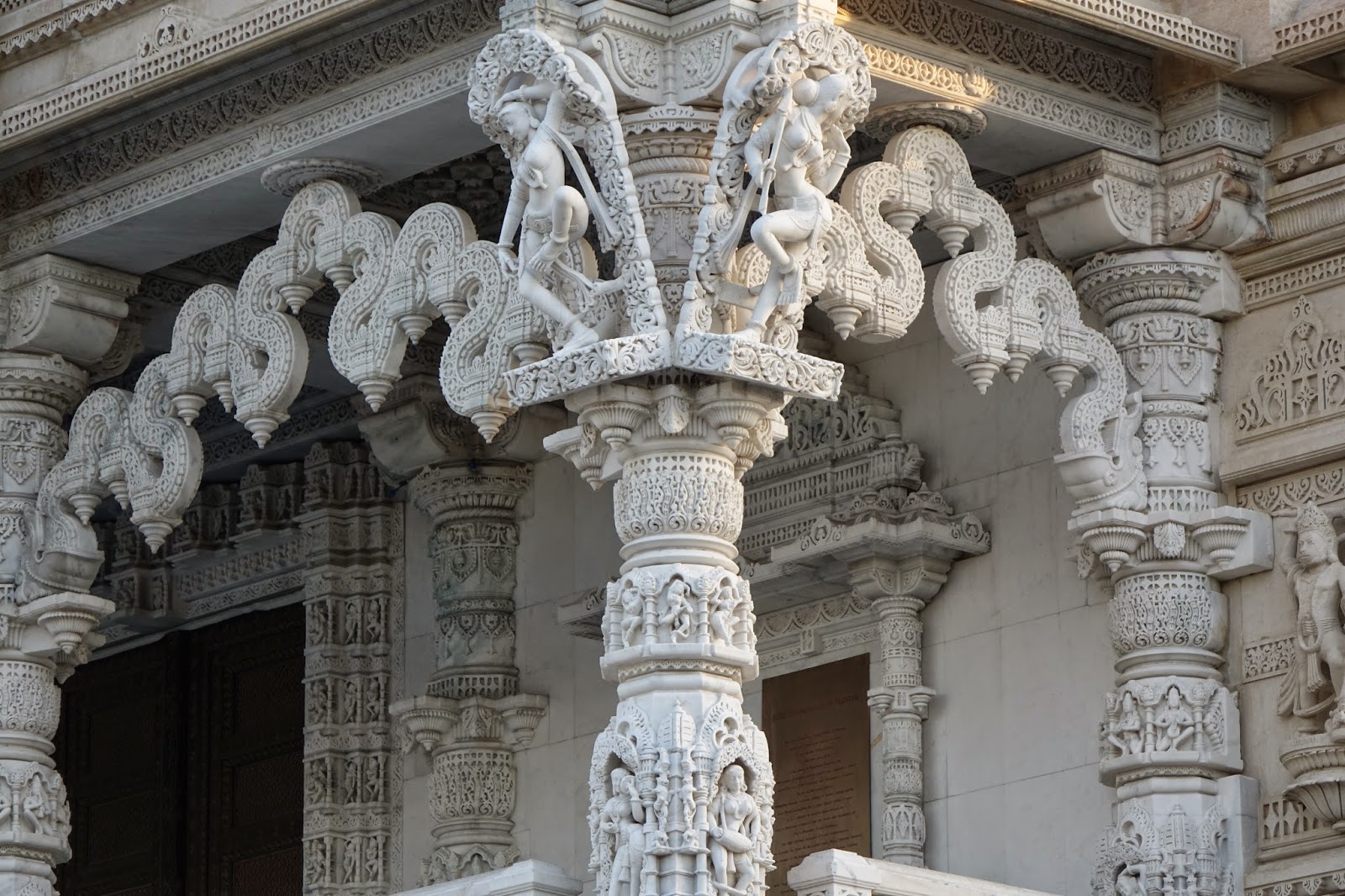 The stone - Italian marble and Bulgarian limestone was shipped to India, carved and then shipped back to the UK where it was build into this beautiful building. 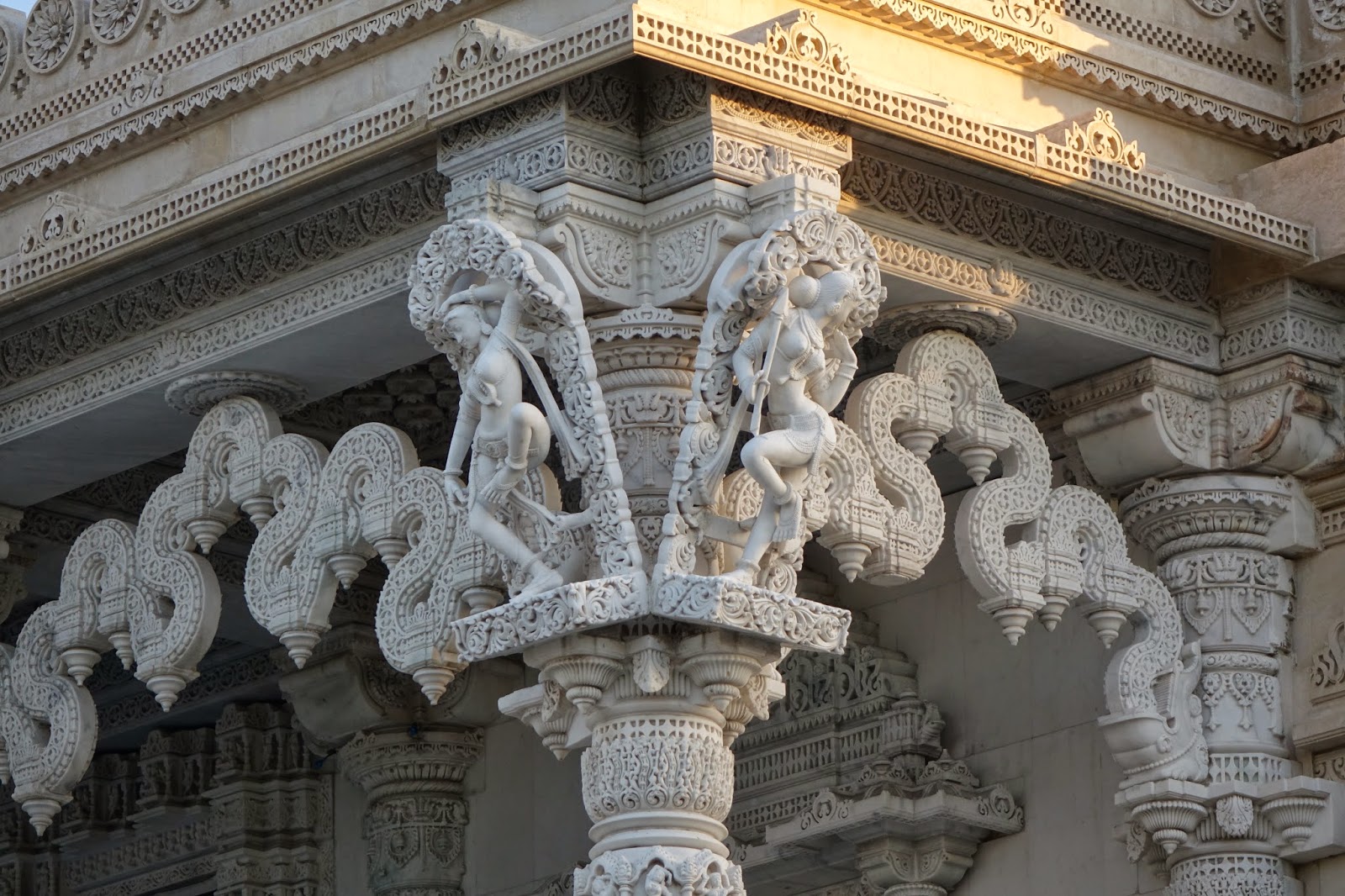 The detail on the carving is rather special and one is left wondering how it was done and who were the people with the skill to do it? 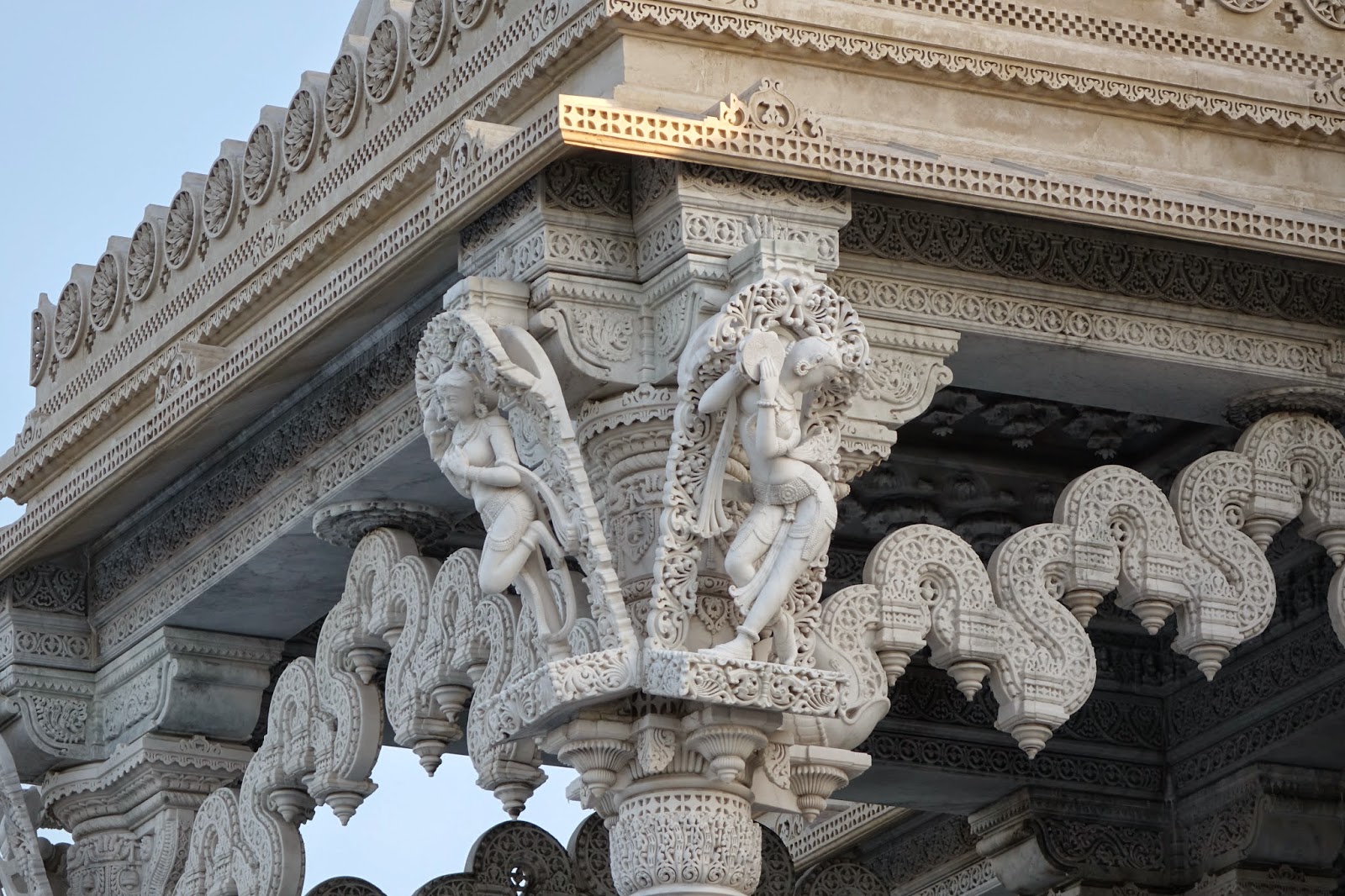 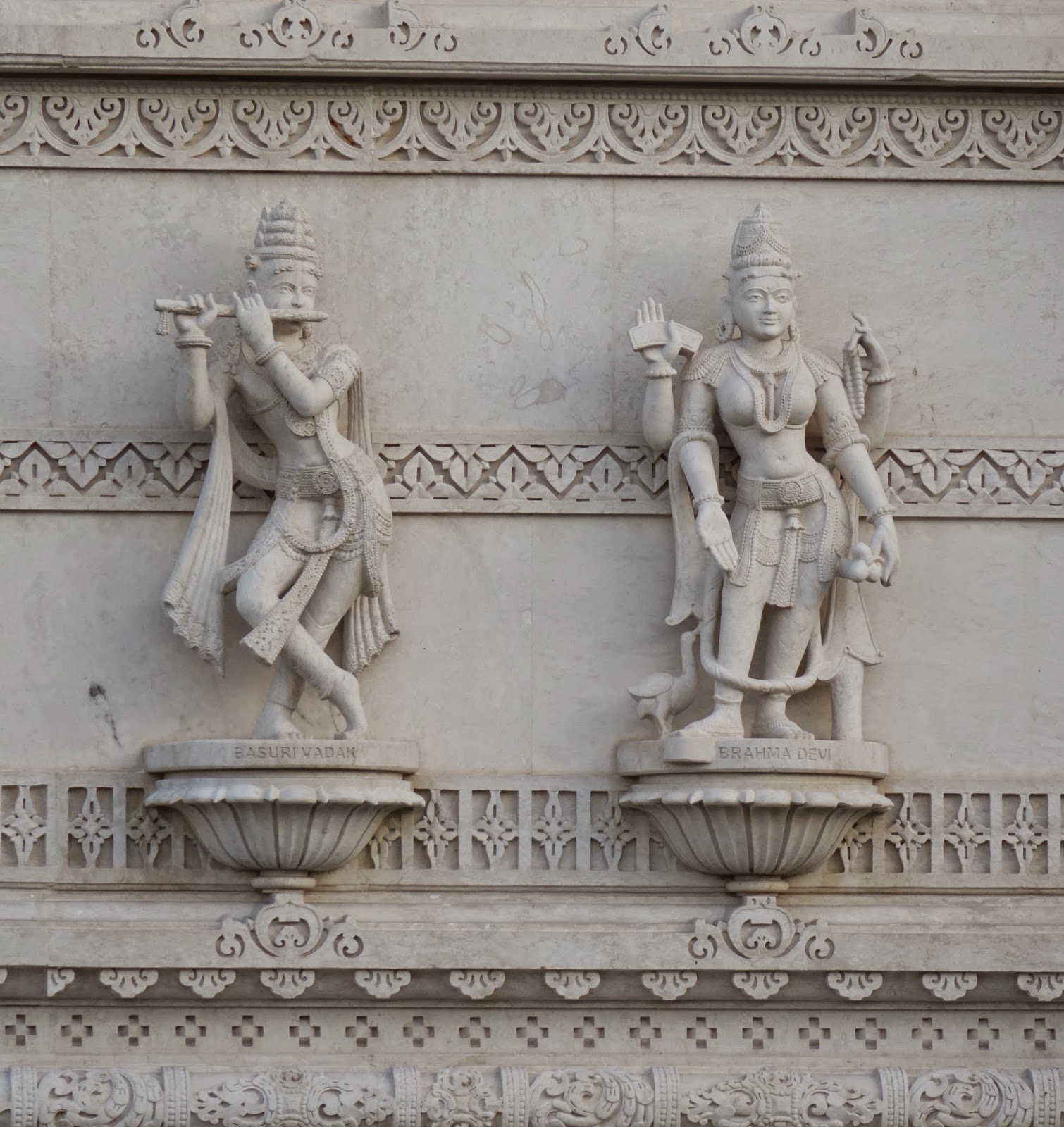 Much of the outside of the building - the only ares one is permitted to take photos handheld - was fenced off sadly so I was unable to walk around fully. If truth be told it didn't concern me as for a few minutes I was almost transported to India. In this moment the chill in the air disappeared and I fancied I could almost hear a sitar being played. 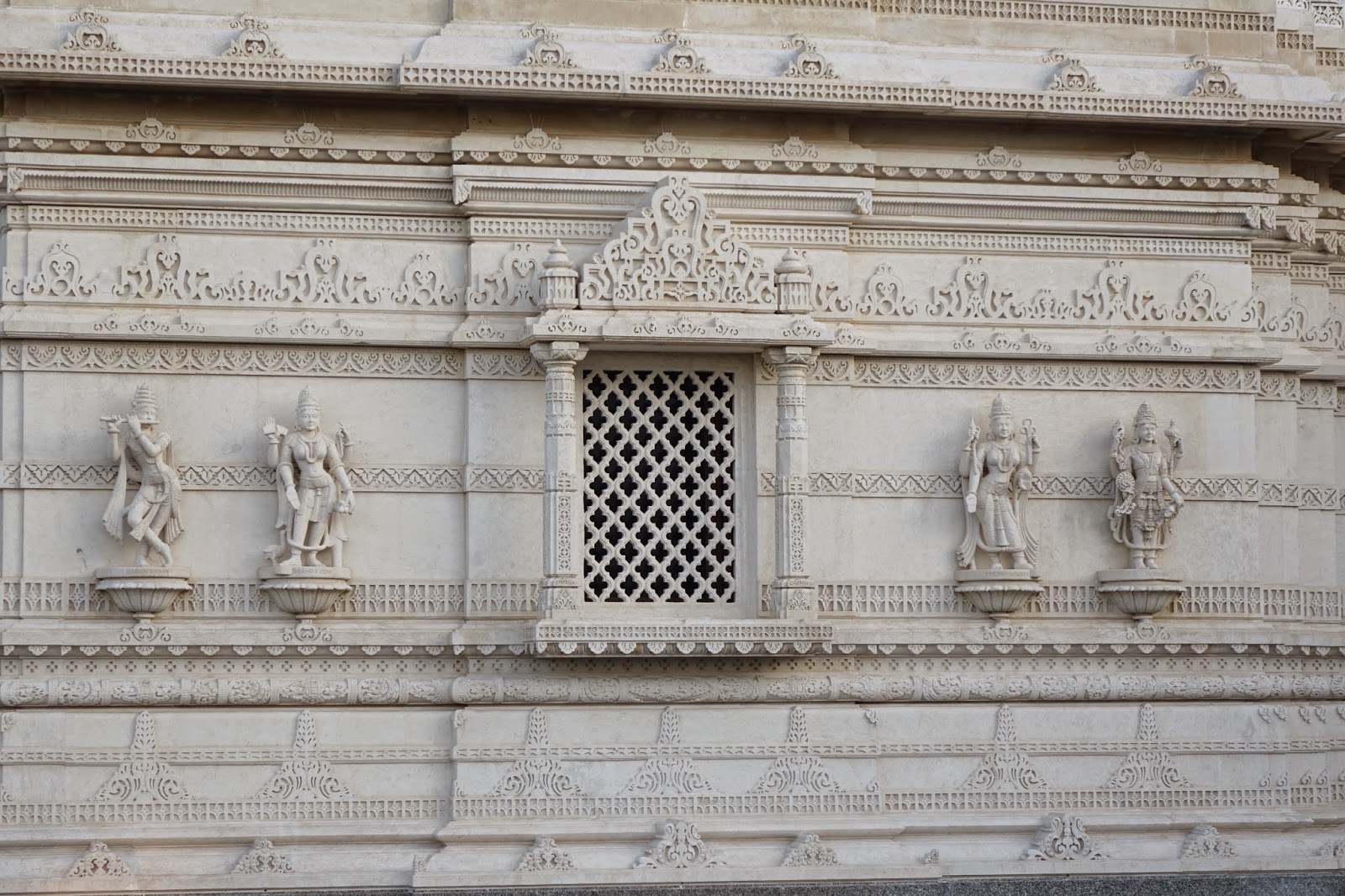 In reality I did hear a sitar being played as a car parked in the car park was perhaps playing 'Sitar Moods' with its windows down. 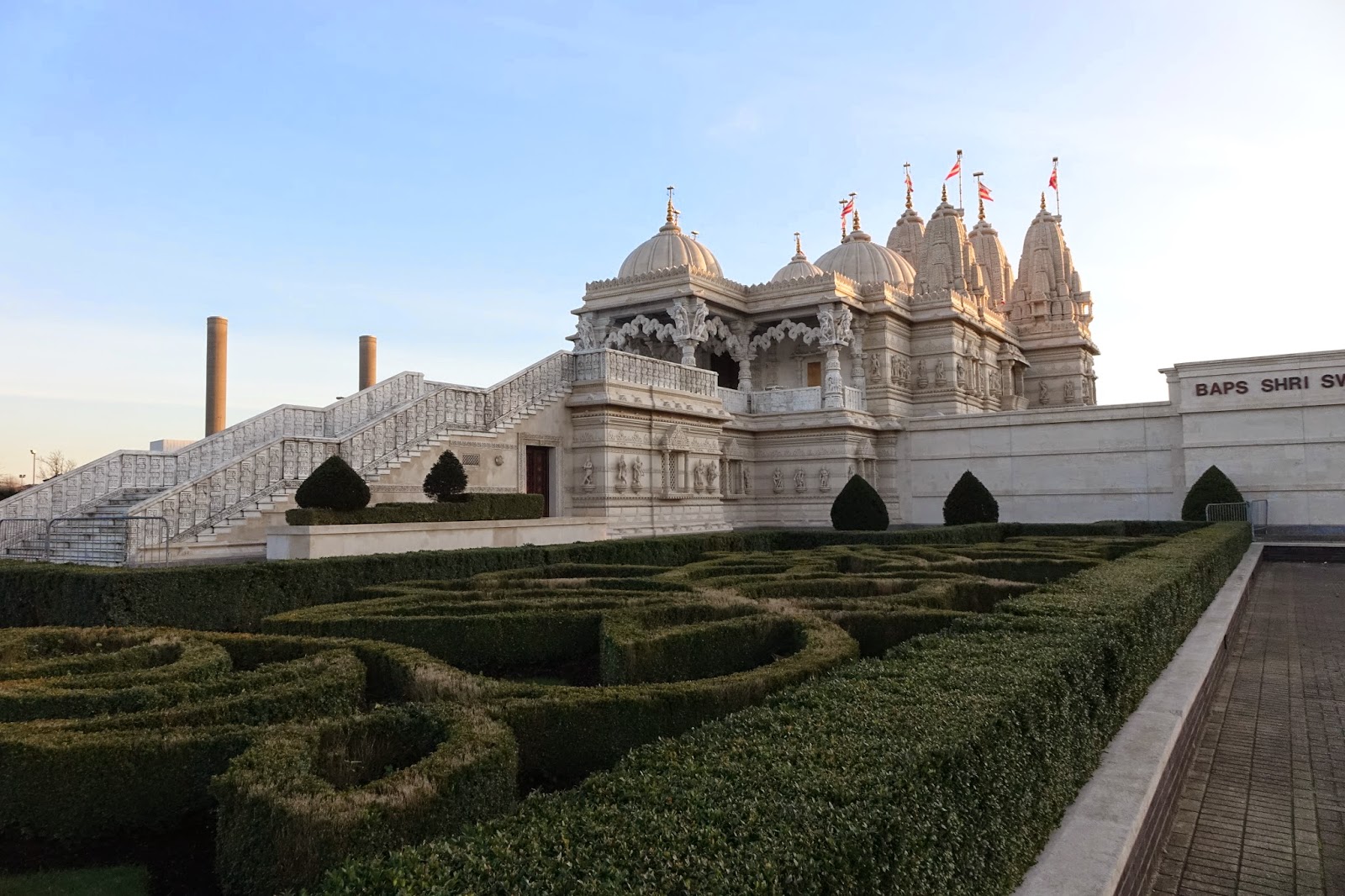 This really is worth a visit. The welcome is friendly and the views stunning. As for the seeing the inside, I am sure I will get round to it another time. 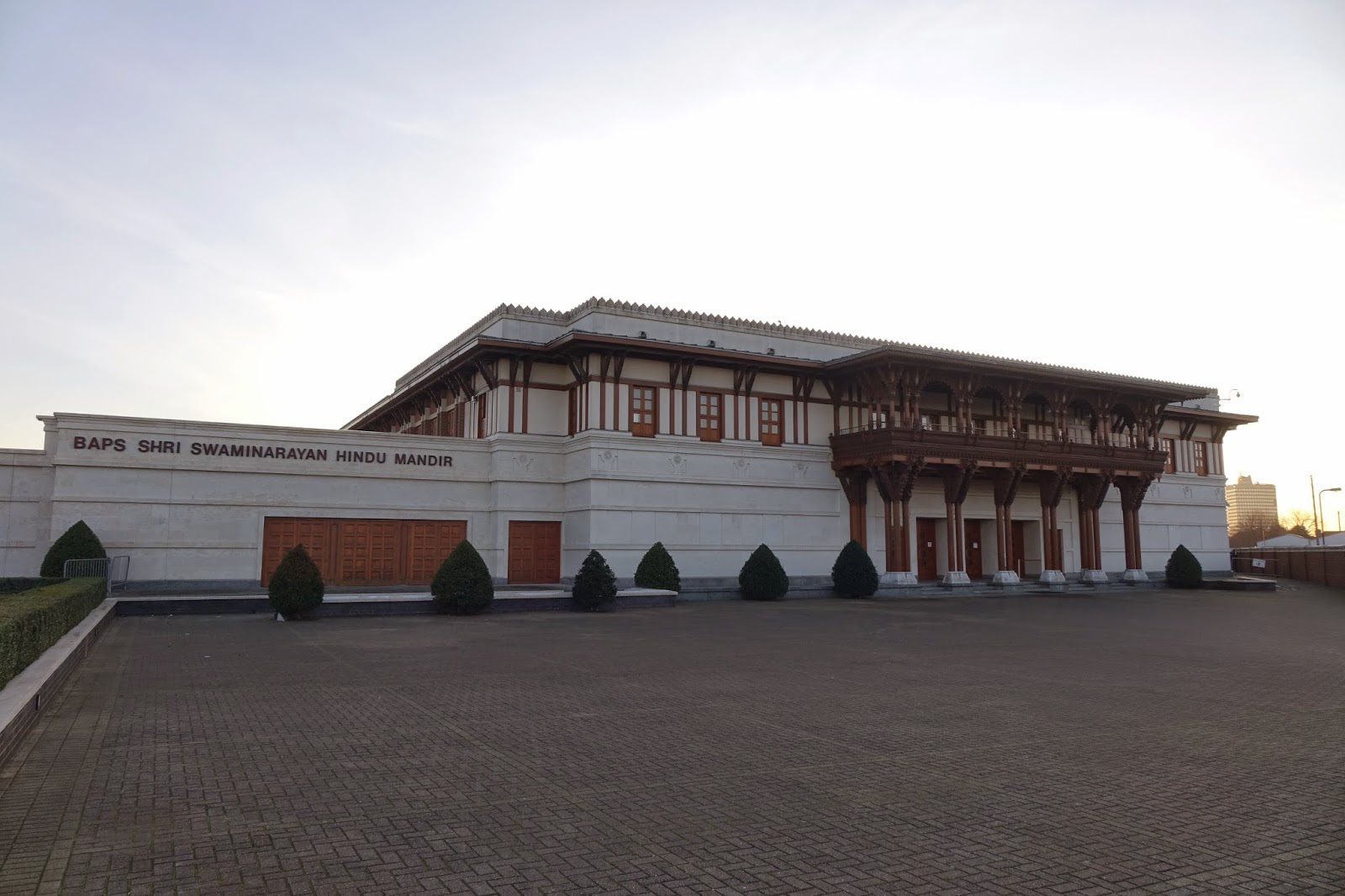