It has felt like ages since I have been on a ride. Succumbing to a pretty nasty chest infection that started off as a bad head cold has resulted in me feeling unable to go on any rides until now. This Brompton Winter ride was exactly what I needed and I had been looking forward to it all week.

The meeting point was 'Whole Foods' in Richmond. Getting there I took the overland train. Most train journeys are uneventful affairs but this one had an additional element to make things that bit more eventful.

Boarding the train with me was an older lady with a quite simply stunning dog. I do not know what type but it was lovely. Well behaved and fully aware that all eyes where starring at it with much the same thoughts I have just described, it had a proud nonchalance about it. At the next stop another couple of dogs jumped on the train - a Staffordshire Bull Terrier and and a miniature poodle. It struck me that this was an unusual pairing but more unusual were the owners - a man and women. Quite strangely these two dogs looked like their owners.

At the next stop a West Highland Terrier joined the ever increasing number of canines and again thoughts turned to whether the owner resembled the dog. You might not be surprised to read that it did!

I was glad to arrive at Richmond for fear that more dogs might join us. I am not a huge fan of dogs and this lot were more than enough for one day!

I reached the meeting point in good time and was greeted by a few other Bromptonians. Before long we were all assembled and waiting for Andrew who had been delayed. 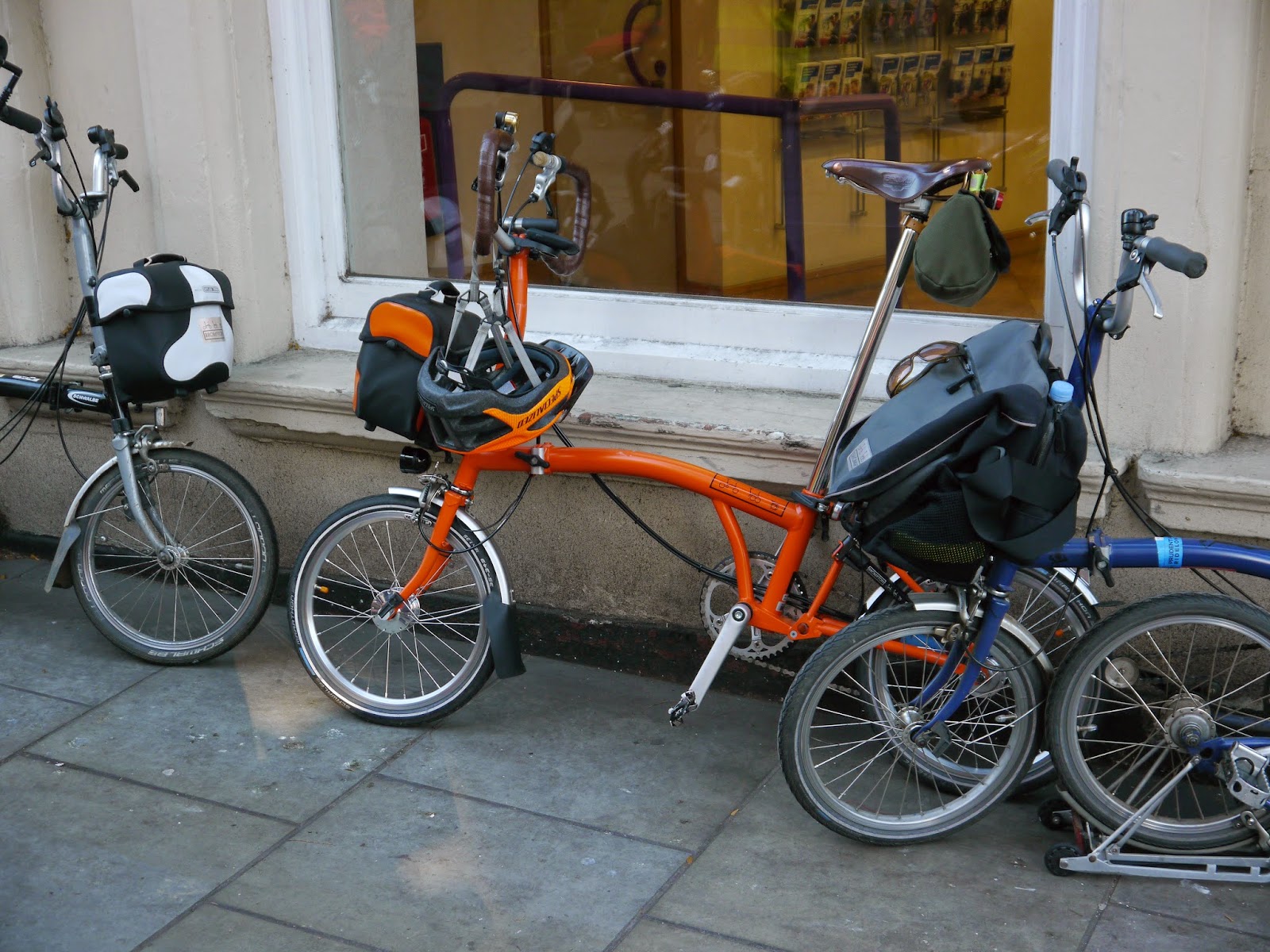 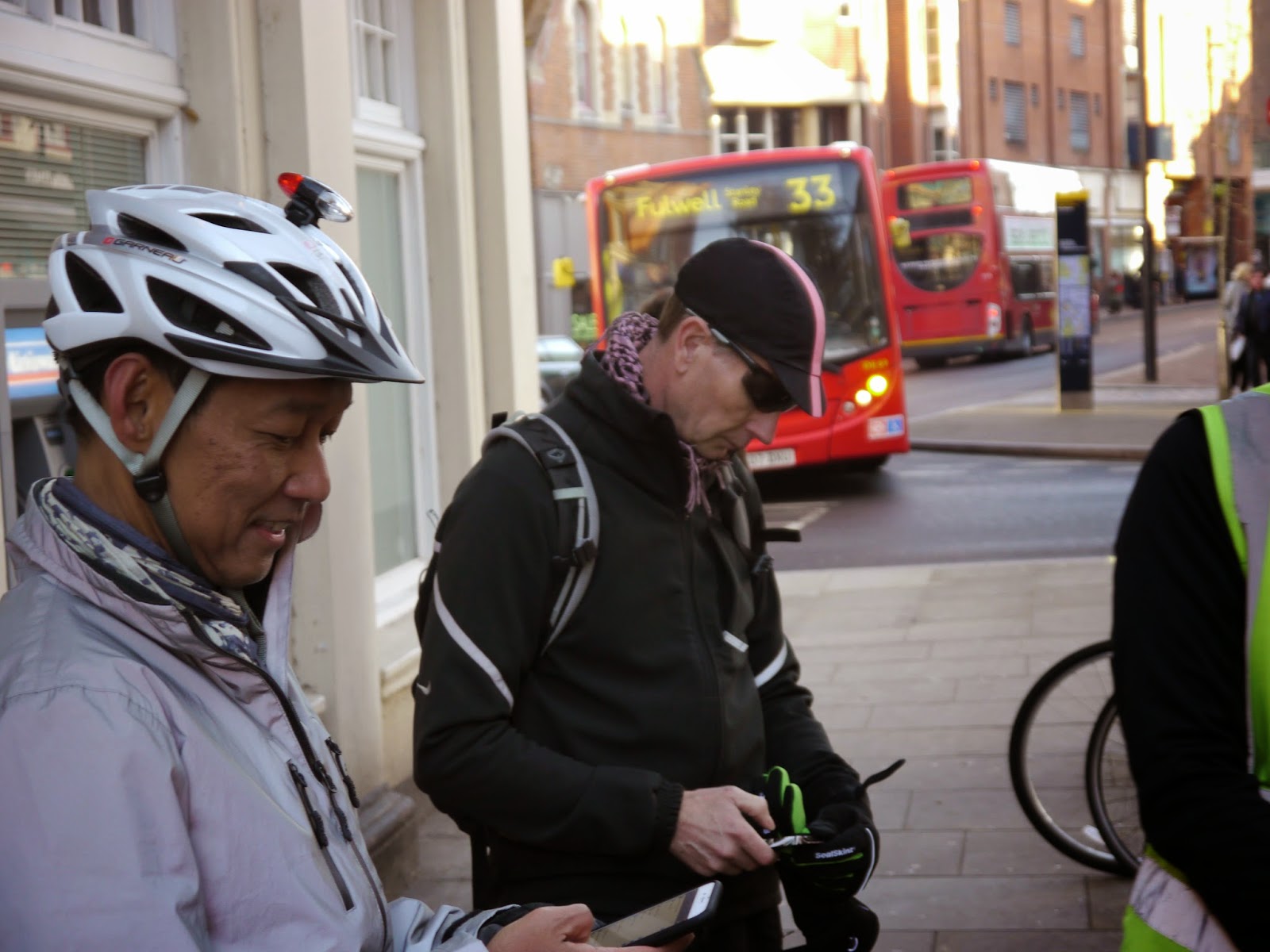 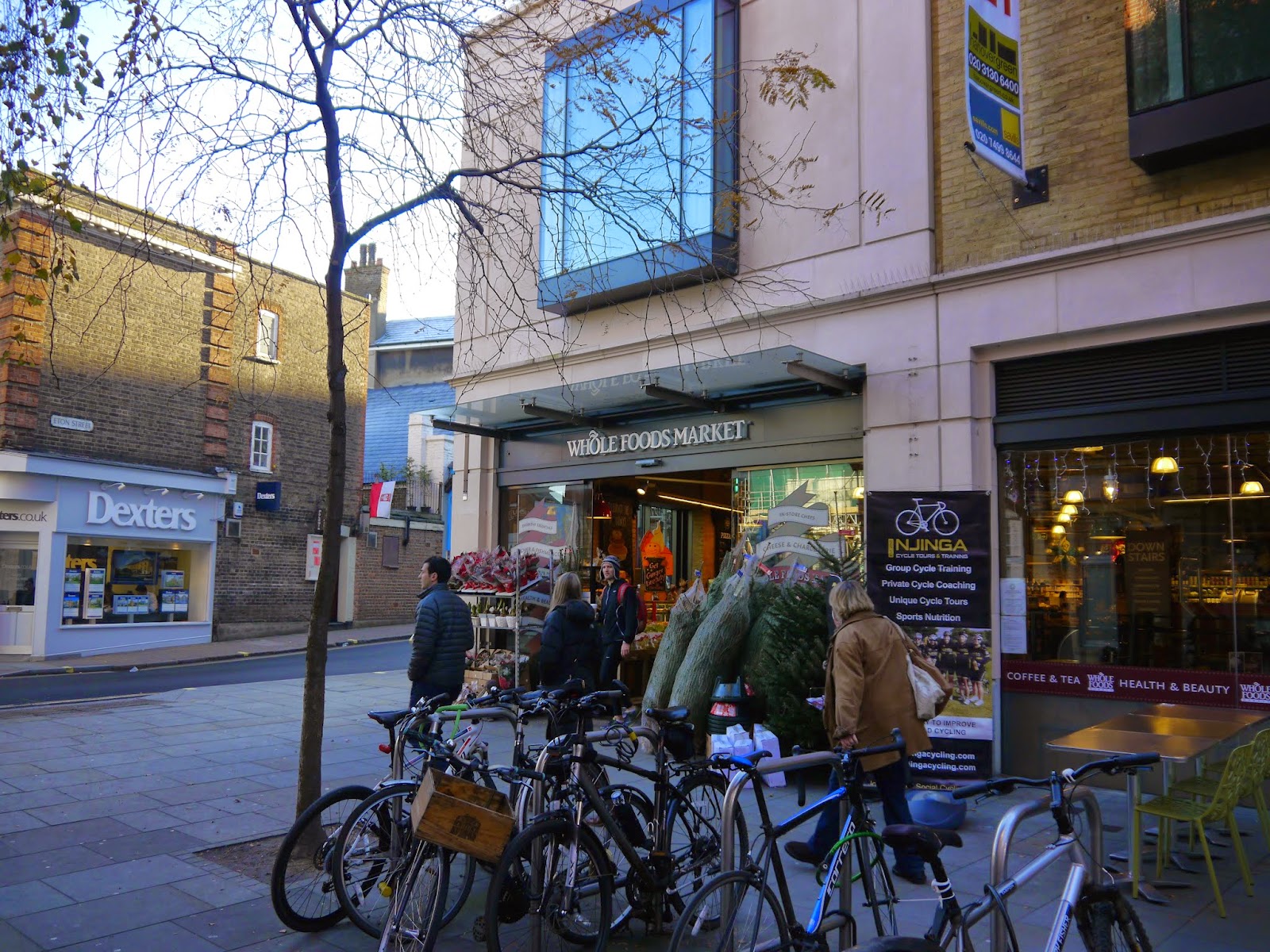 David, our ride leader showed off his rather nifty 'Chris King' headset. I liked it instantly and not just because of the colour. 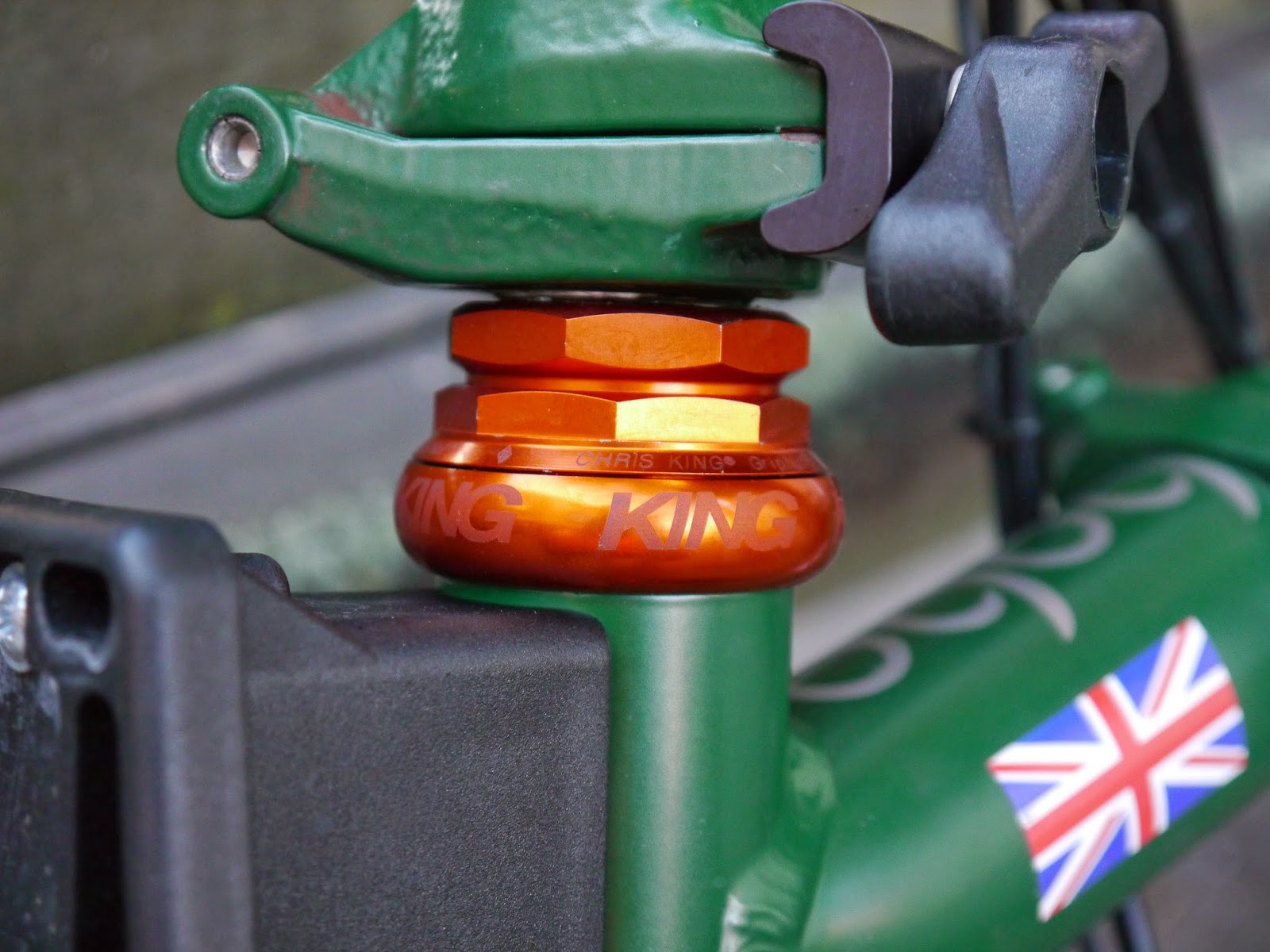 Once Andrew arrived we were off and heading towards a particular favourite of mine, Nightingale Lane. This is a short but seriously steep road and when going to Richmond Park I normally cycle up this as a way of warming up.

I was unusually nervous about attempting this as I was still couching and spluttering and unsure if my lungs and chest were up to it. Luckily they were and I was able to make good my ascent fairly quickly.

The views at the top were worth it and almost as we reached the top several riders dressed as Santa rode past on their way to Santacon. 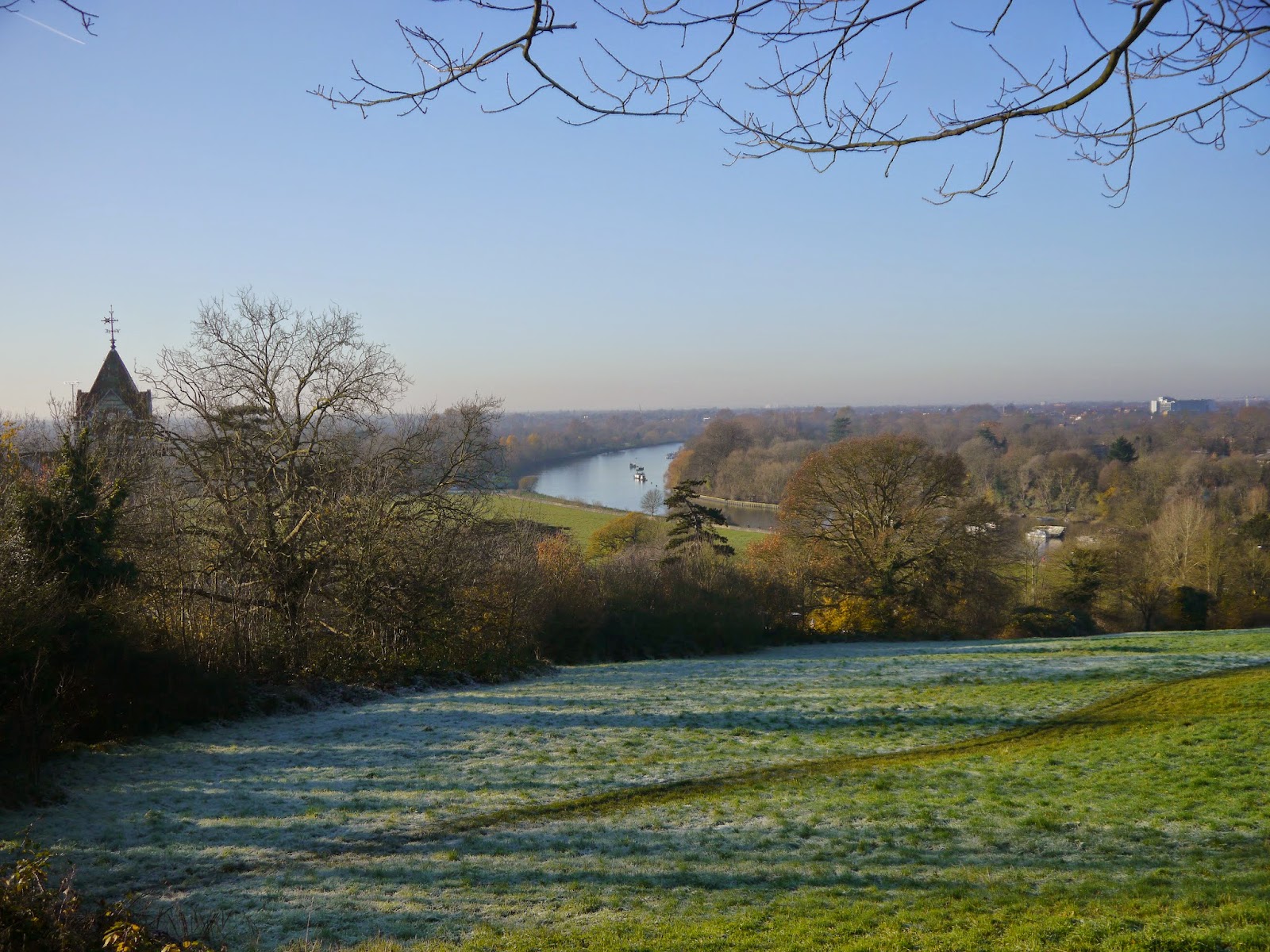 Soon we reached the familiar Richmond Park, which is where I try and get in some training now and then. It was a clear but cold day and the sky was on its way to becoming cloudless and blue. Deer grazed nearby, quite used to the odd cyclist going past and people taking photographs. 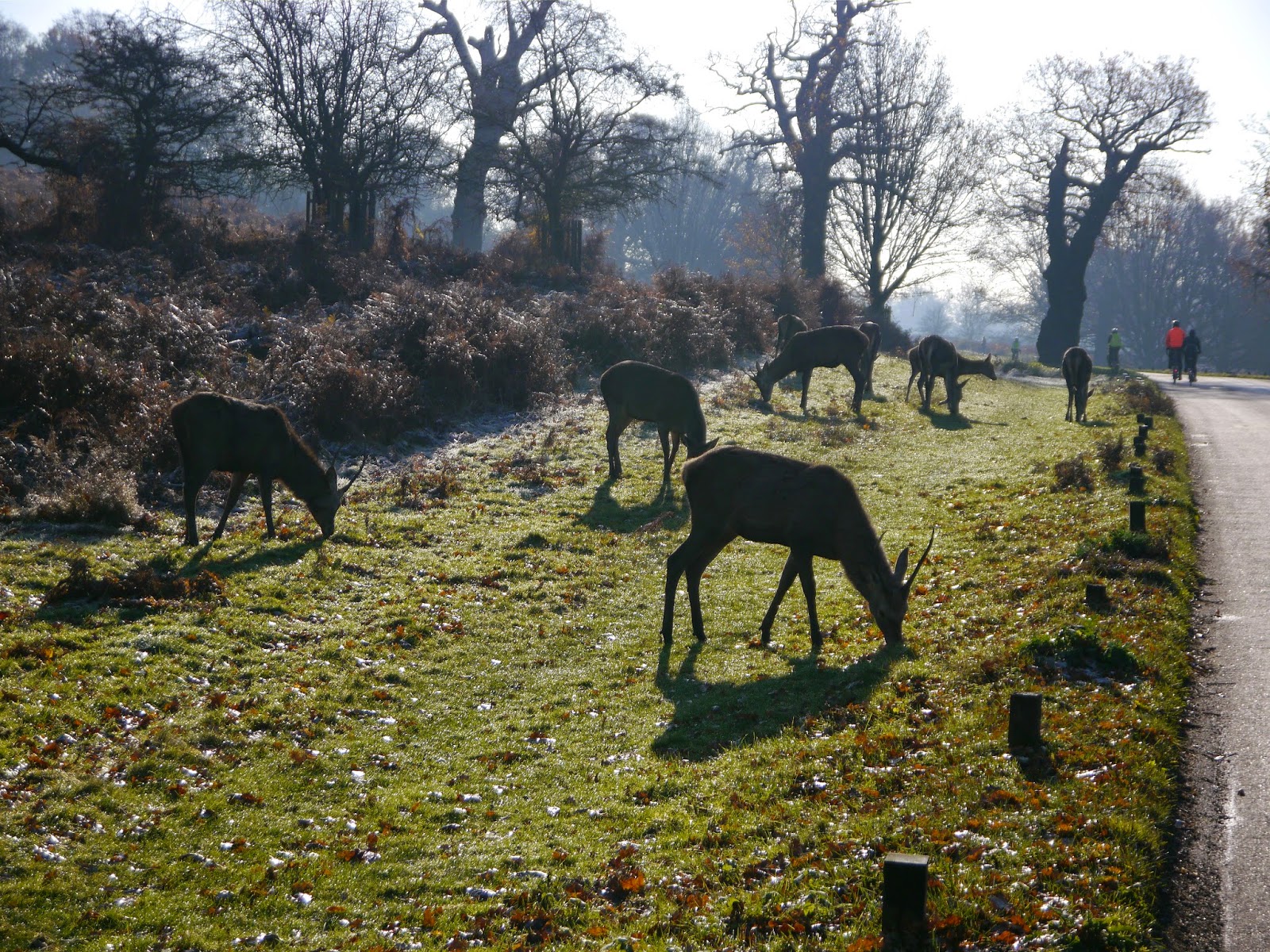 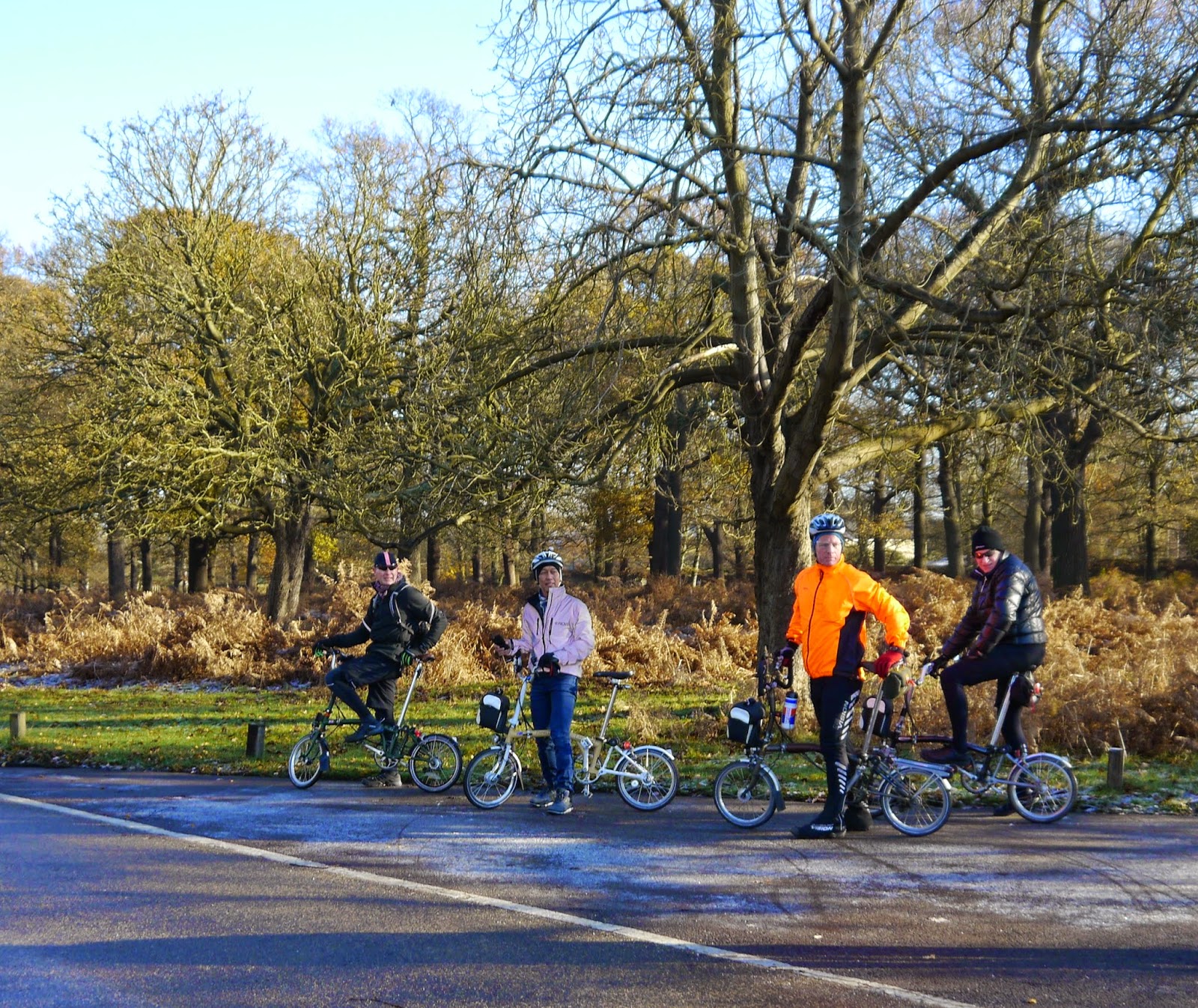 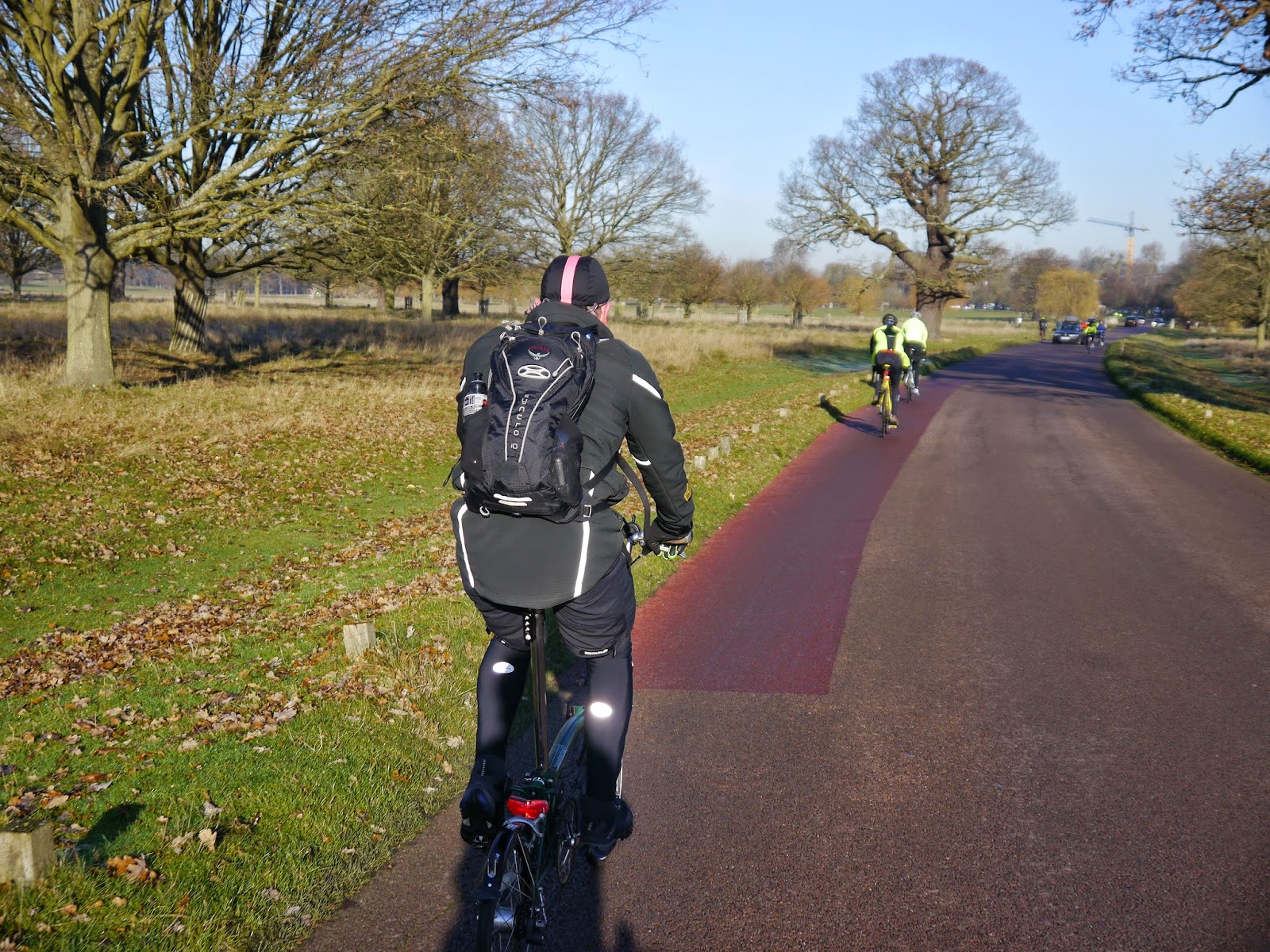 Not too far from Richmond we reached Wimbledon Windmill. I had not been to this before and was rather pleased to finally see it in the flesh. 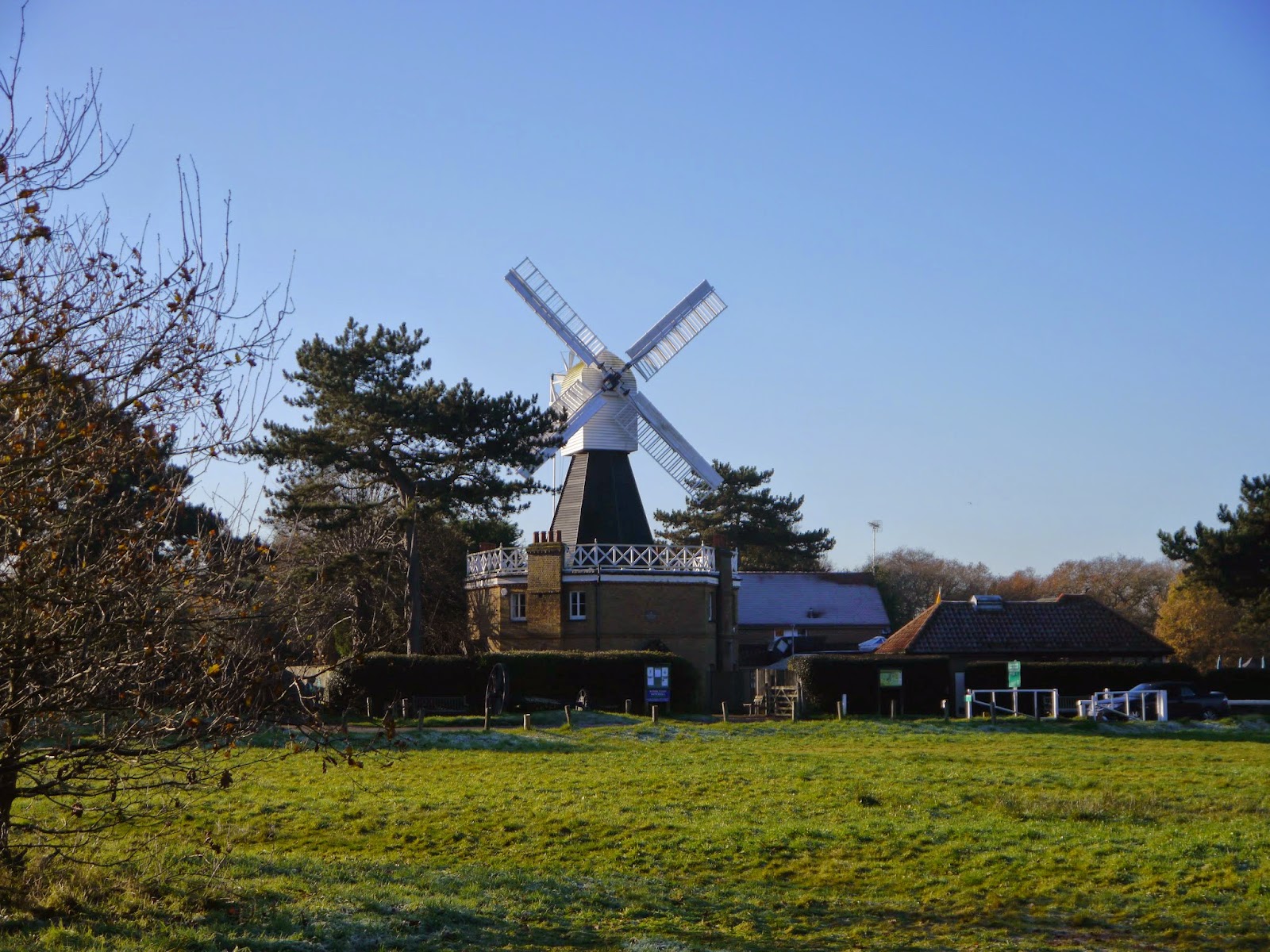 The Windmill dates back to 1817 and has a Grade II listing. It was operational until 1864 after which the mechanism to power it was removed so that it could be used as residential accommodation. This is a shame as it would be pretty incredible to have it fully working. 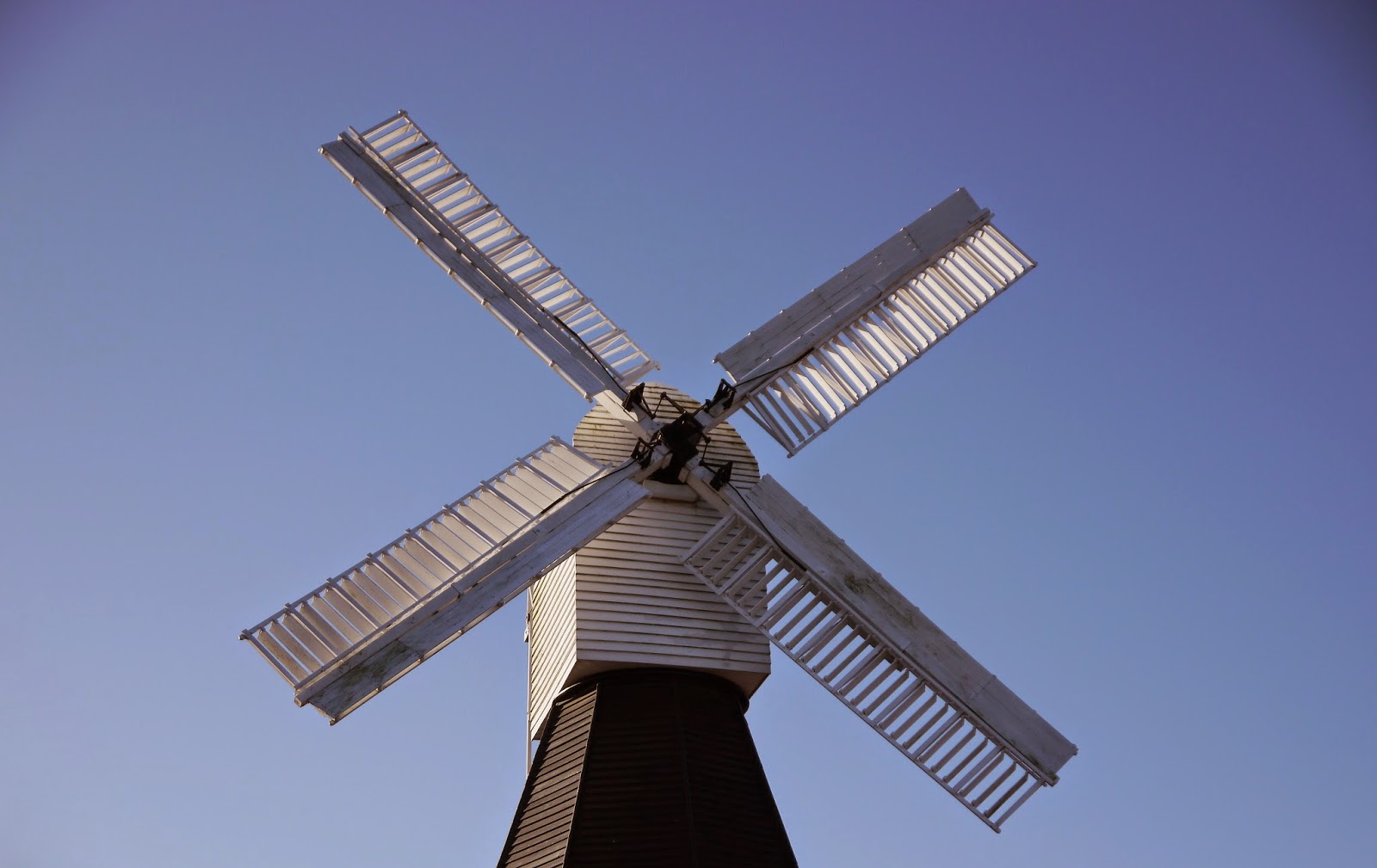 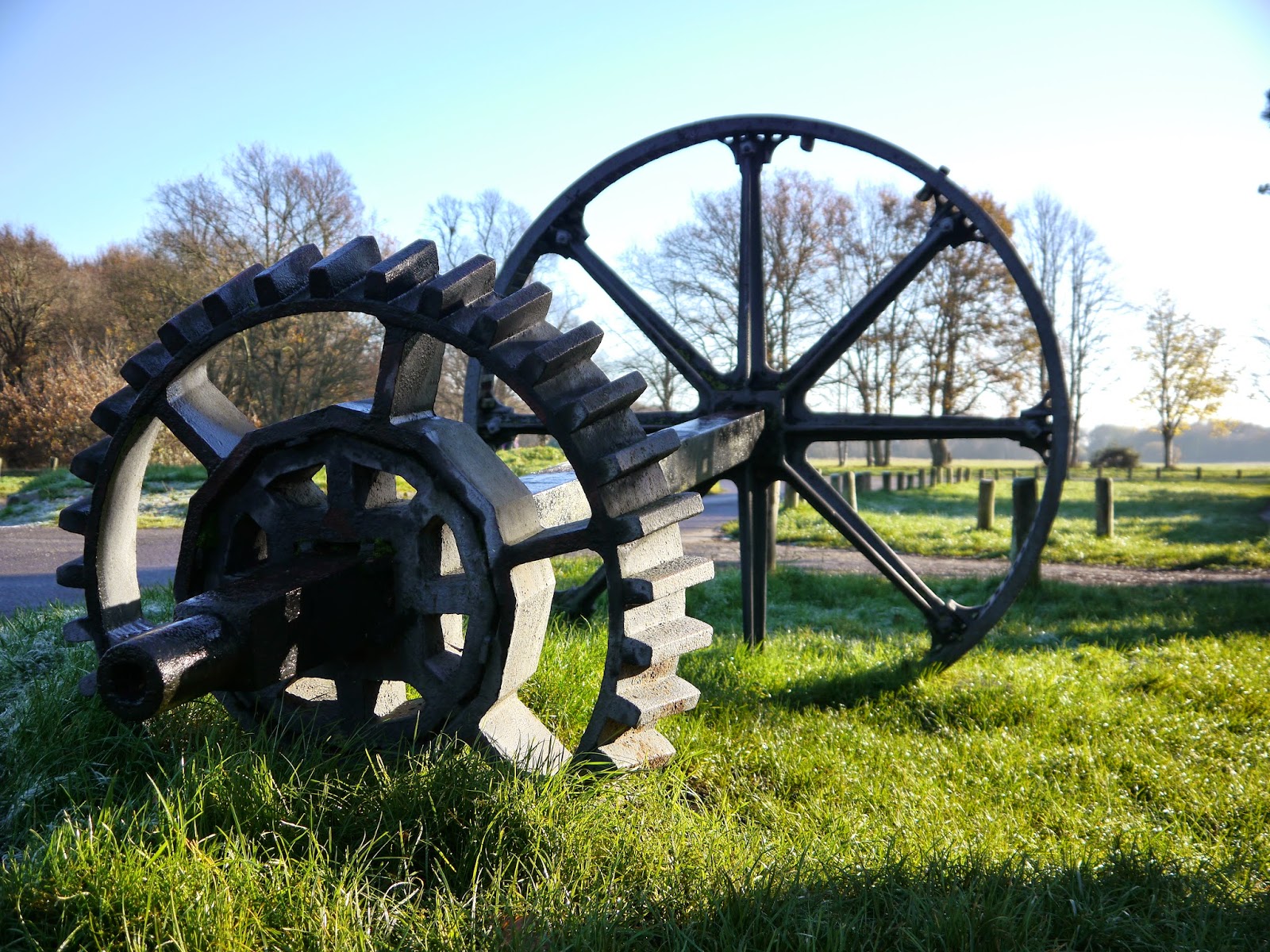 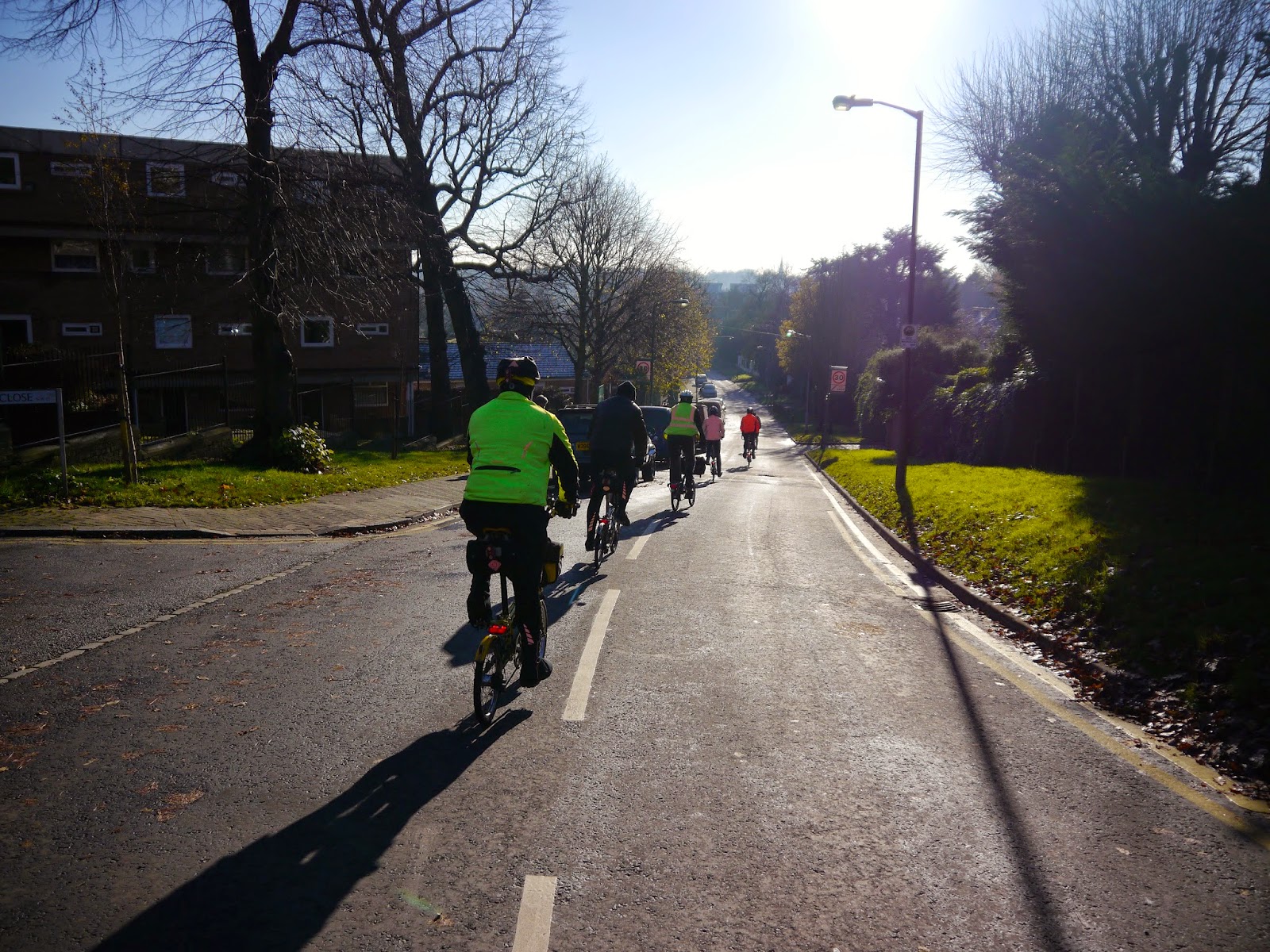 At a local cafe we stopped for some comestibles. Being Italian owned it has a few versions of the classic pastry from Sicilly - cannoli. These are a particular favourite and although nothing can beat homemade versions, this one was pretty good. 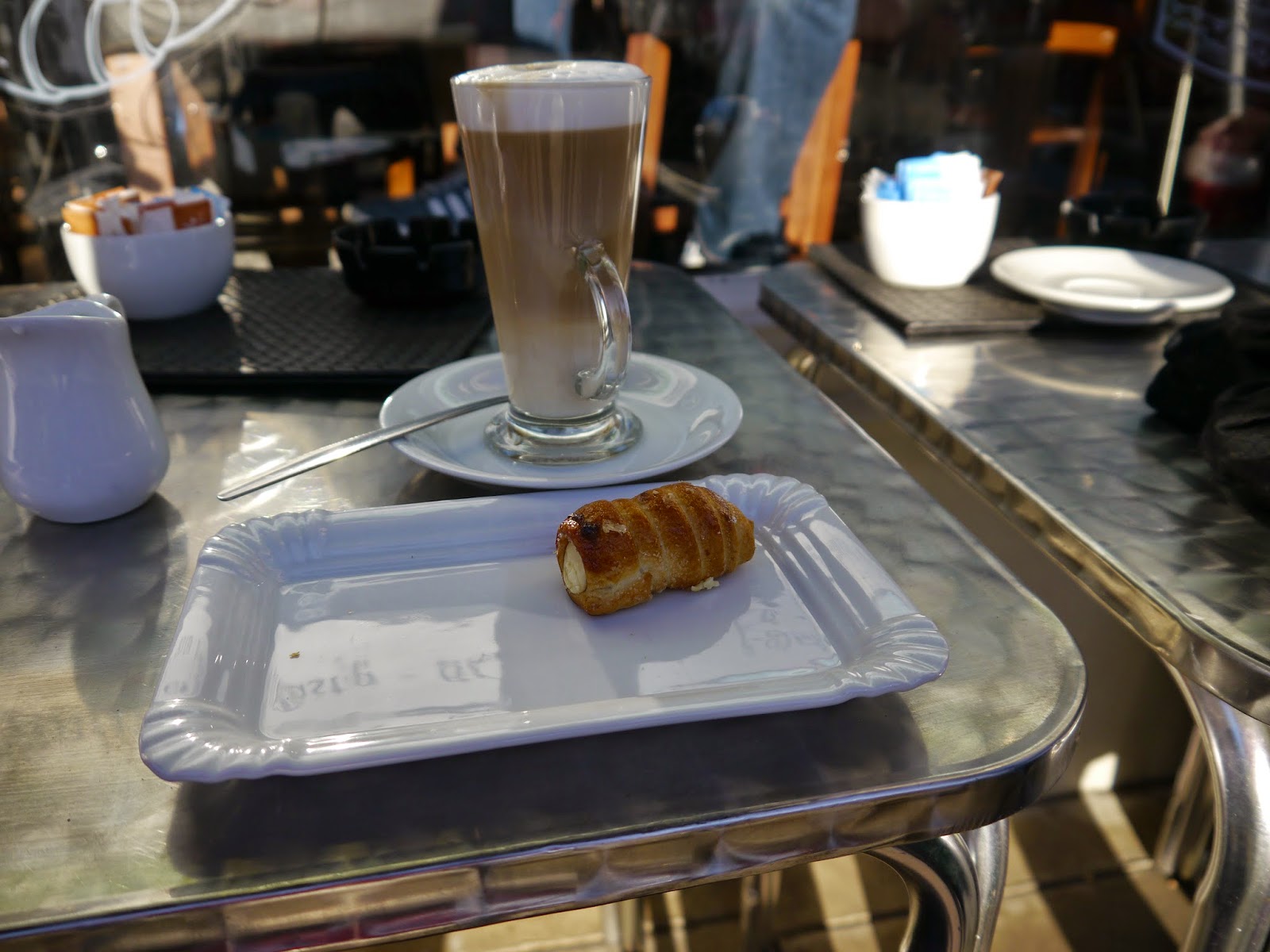 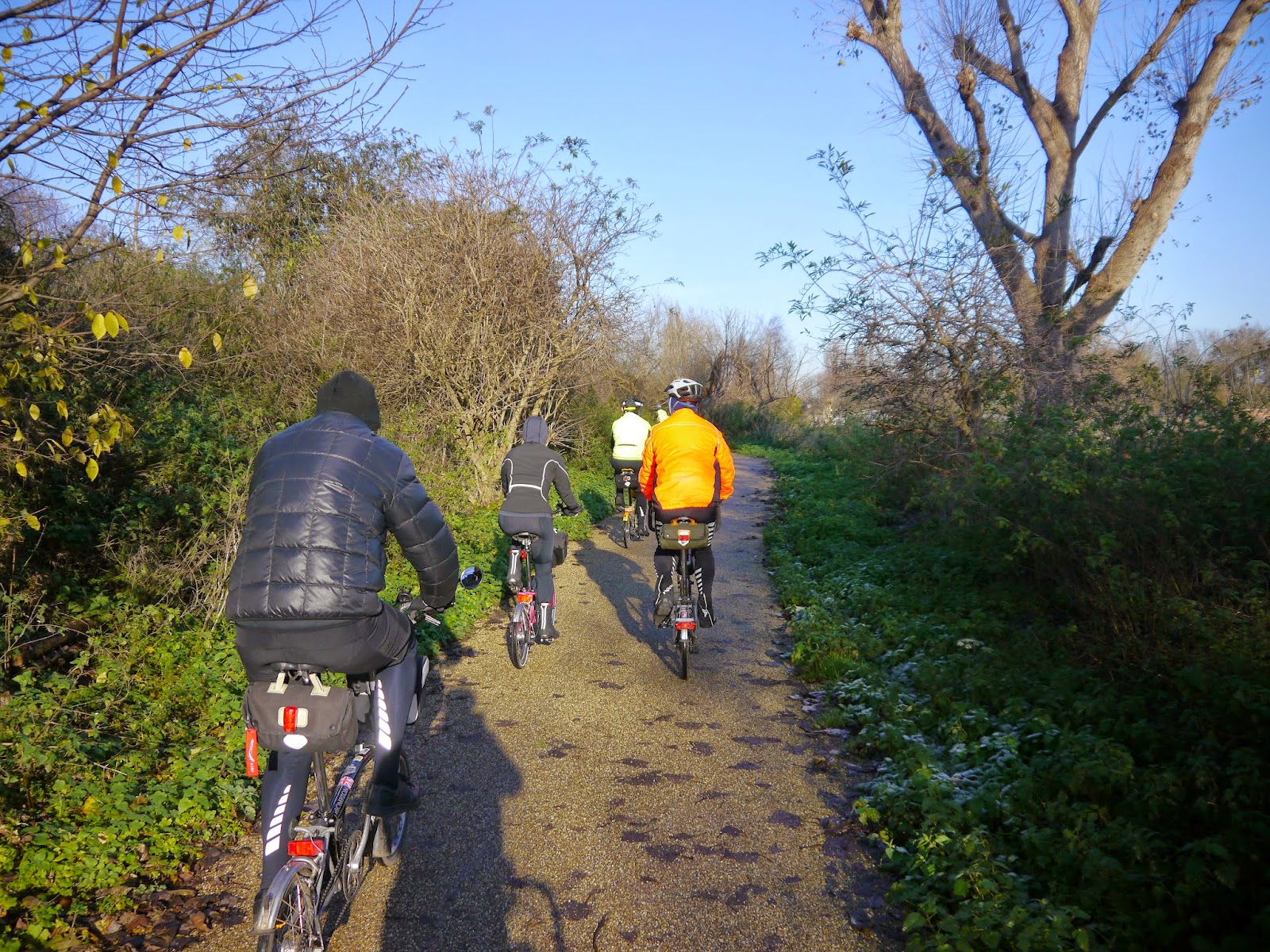 As so often on our rides along the river Thames there were plenty of interesting riverside developments. Our route was a good one. It consisted of parklands, riverside towpaths and urban roads. 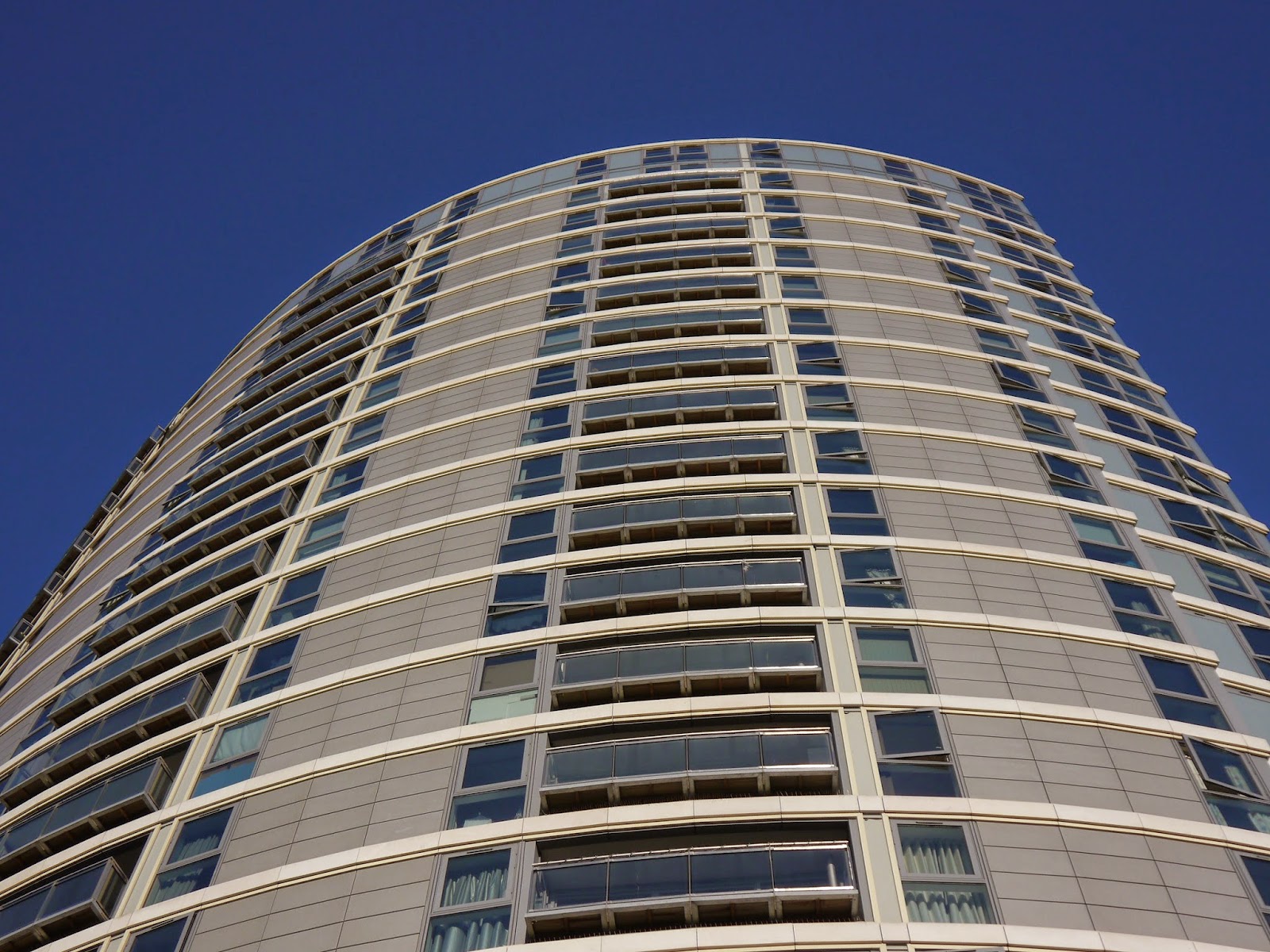 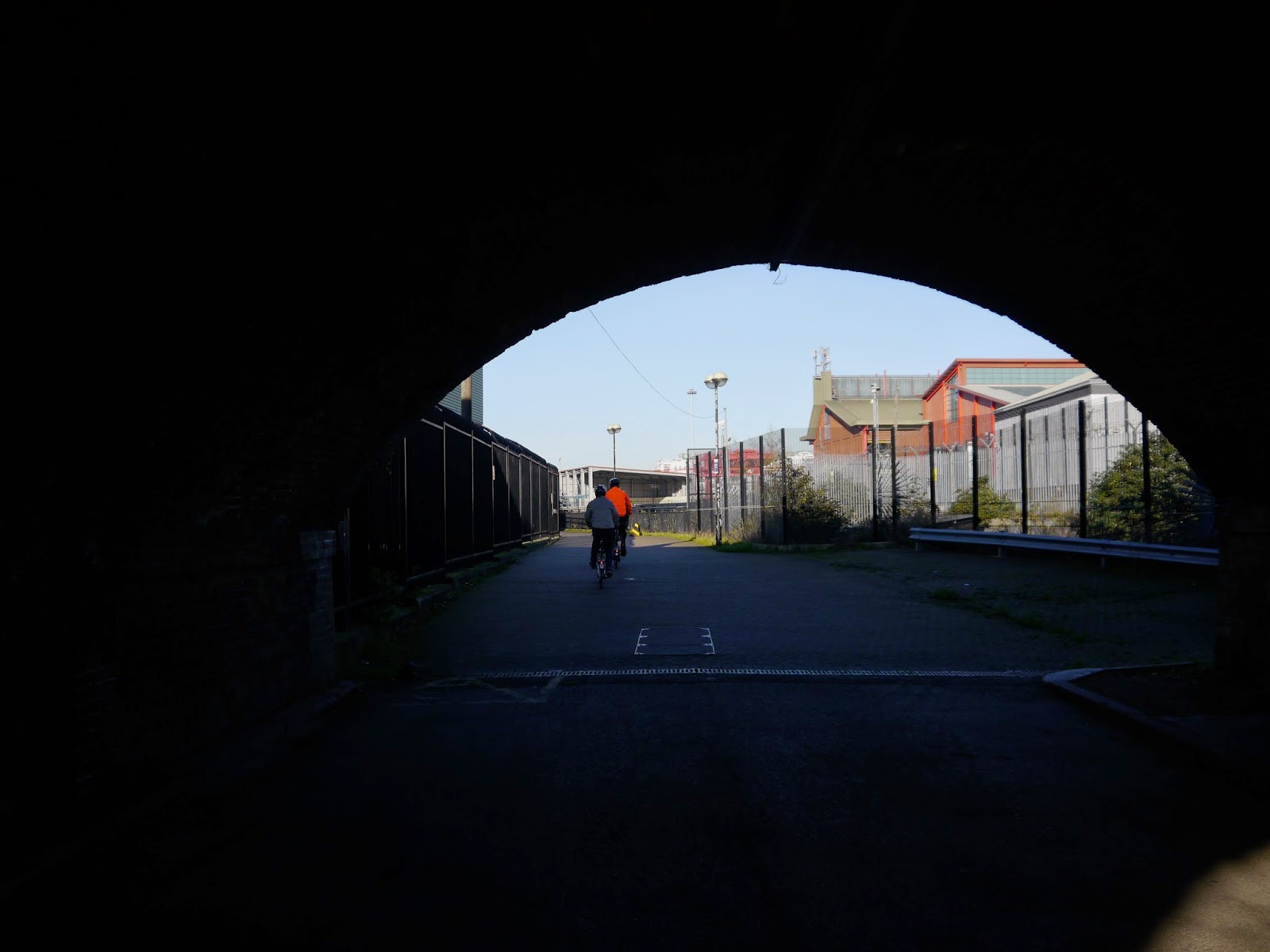 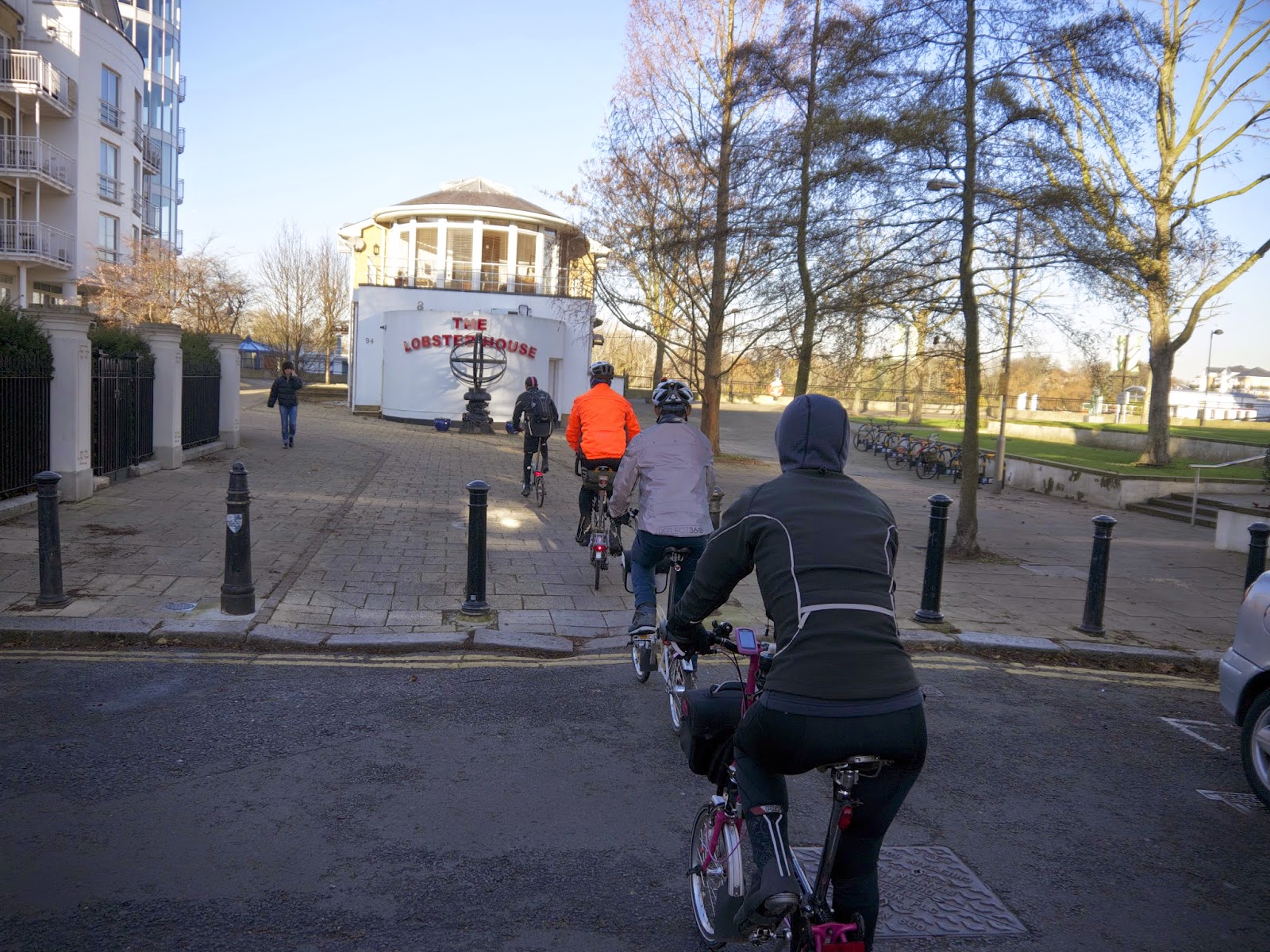 The Thames looked stunning as we cycled along. Cormorants dried their wings out on floating pontoons and several rowers were out training. 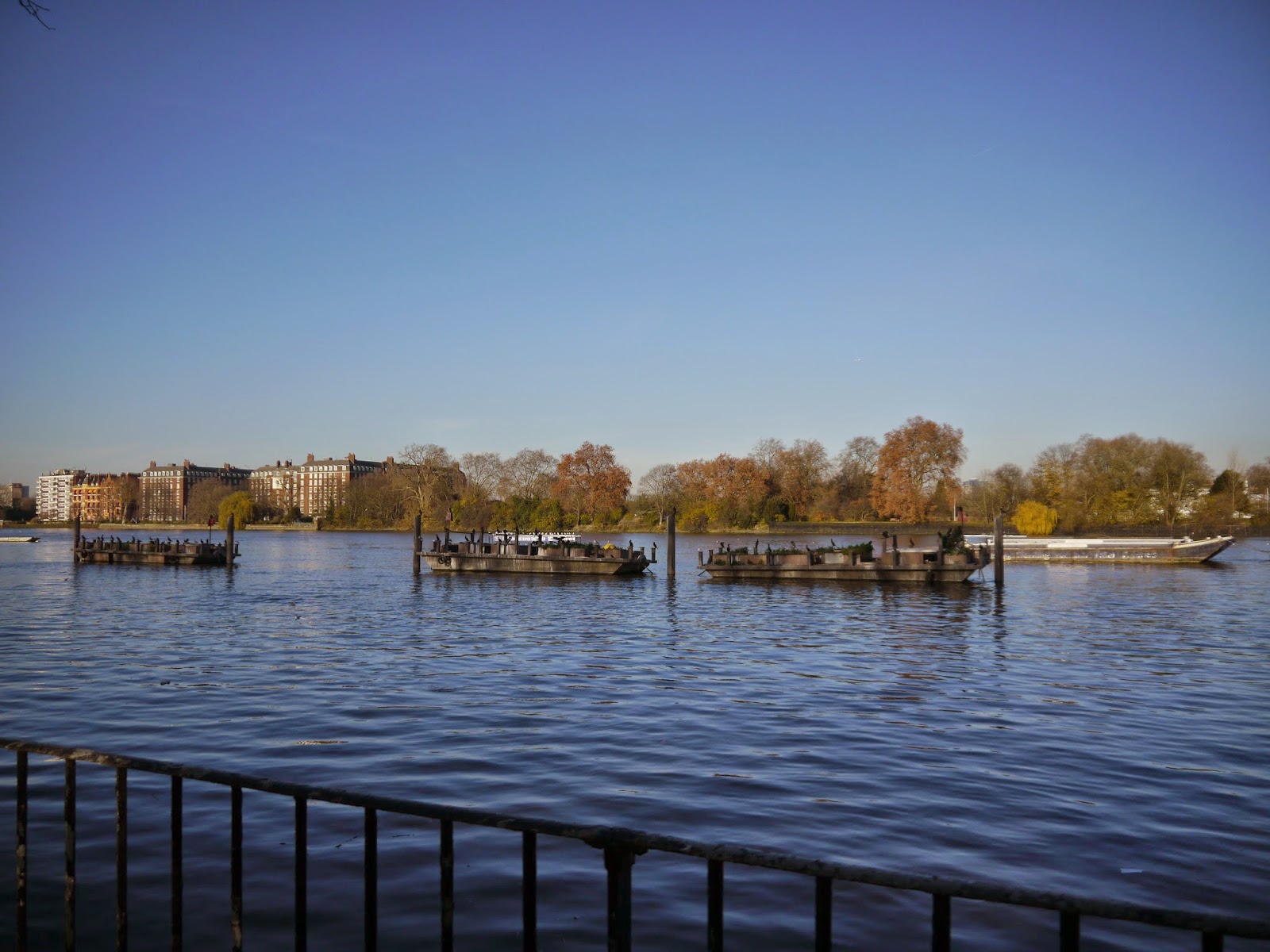 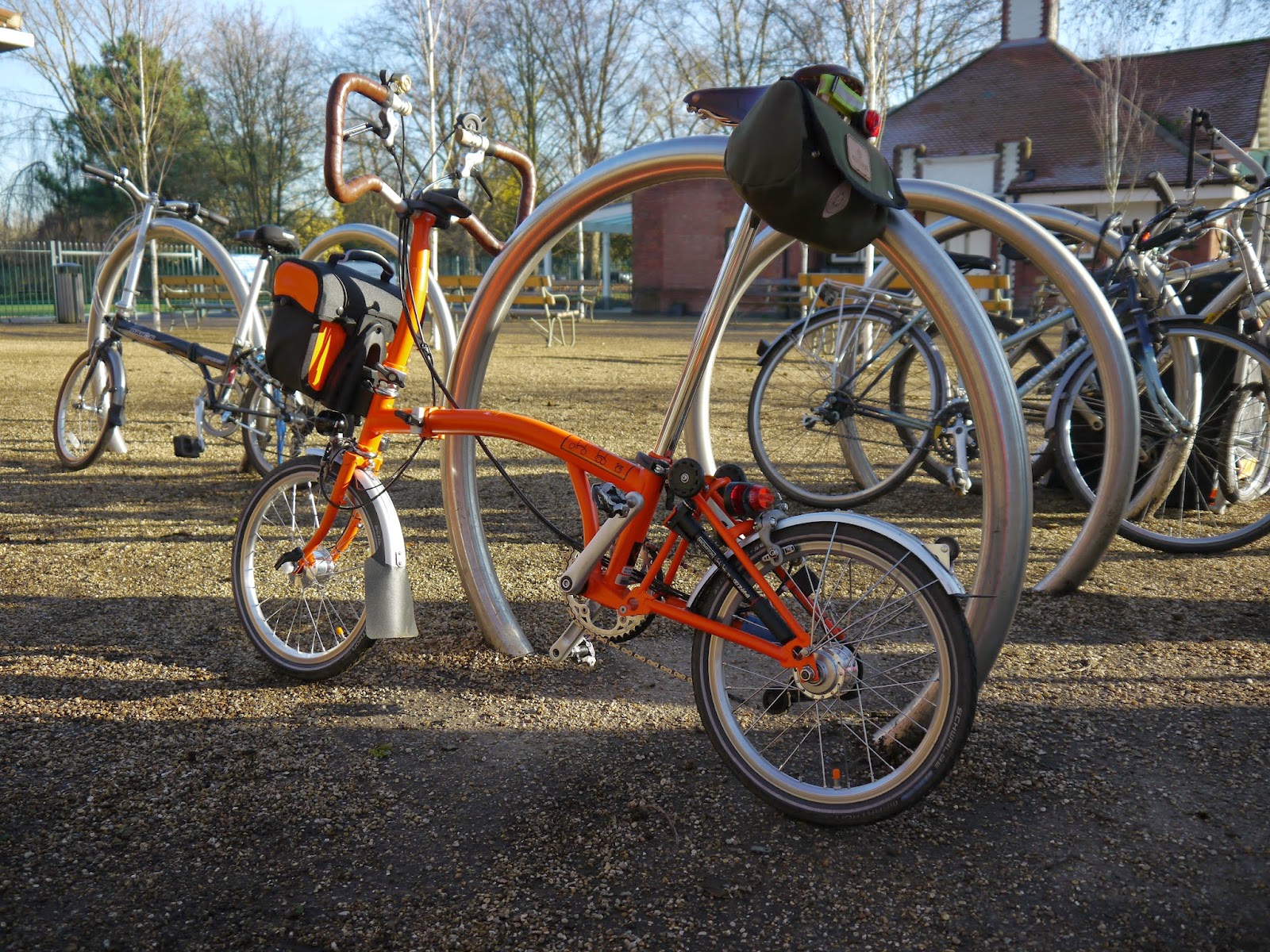 A metallic statue of a naked lady was photographed by many and looked great against the cobalt blue backdrop.

I decided to take my Lumix GH2 with me today and I have to say that it proved to be a very enjoyable camera to use. I actually have a GH3 its bigger, newer and more advanced big brother. This GH2 was bought for me Mrs Orange. Even though it is not a new camera it is as new and I am the first to put a shutter count on to it. A really good find. The GH2 is a bit of a legend as one can hack its firmware to take advantage of it oversized sensor. There are dozens of hacks available but as yet I have not been brave enough to do so. 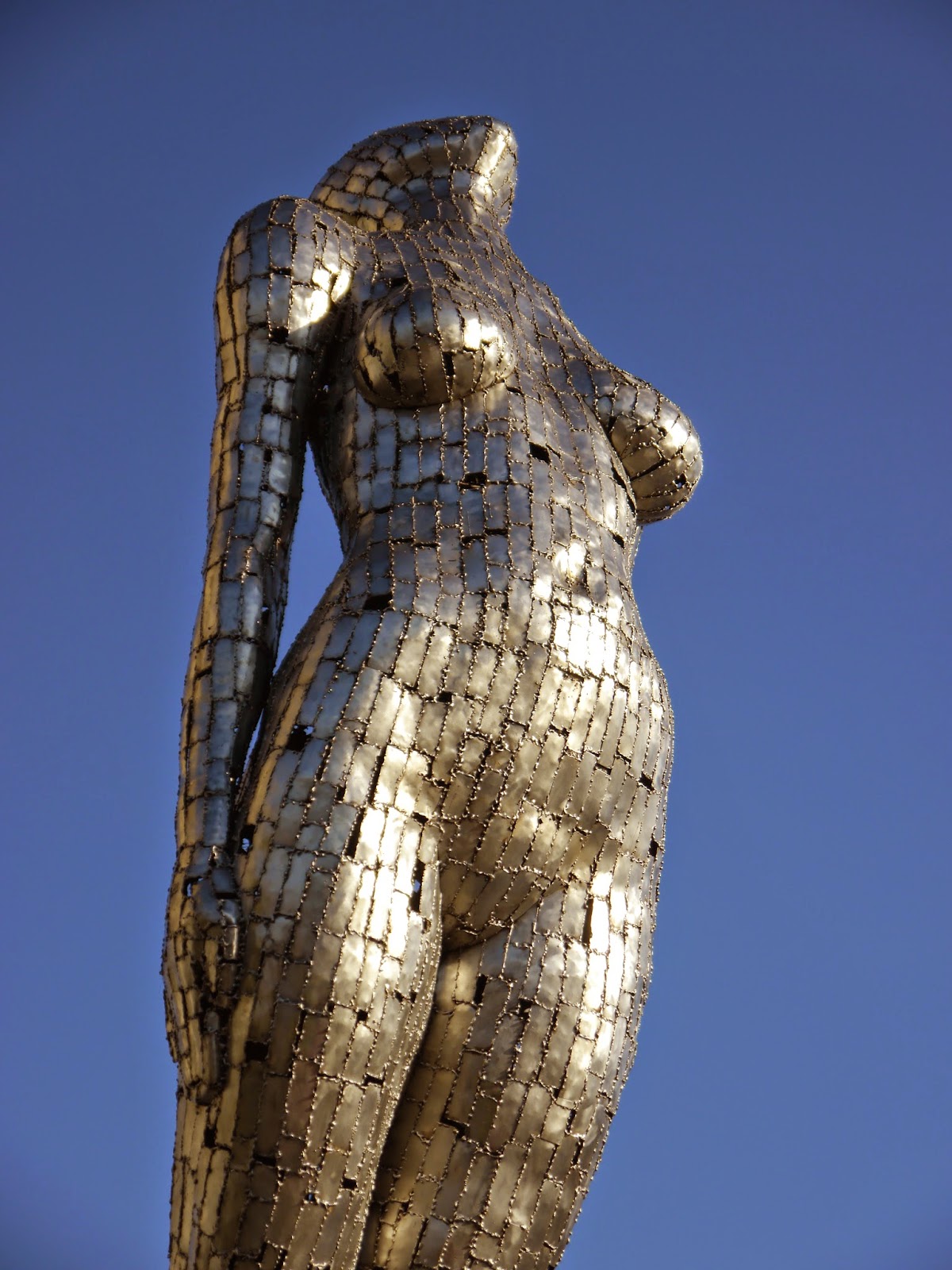 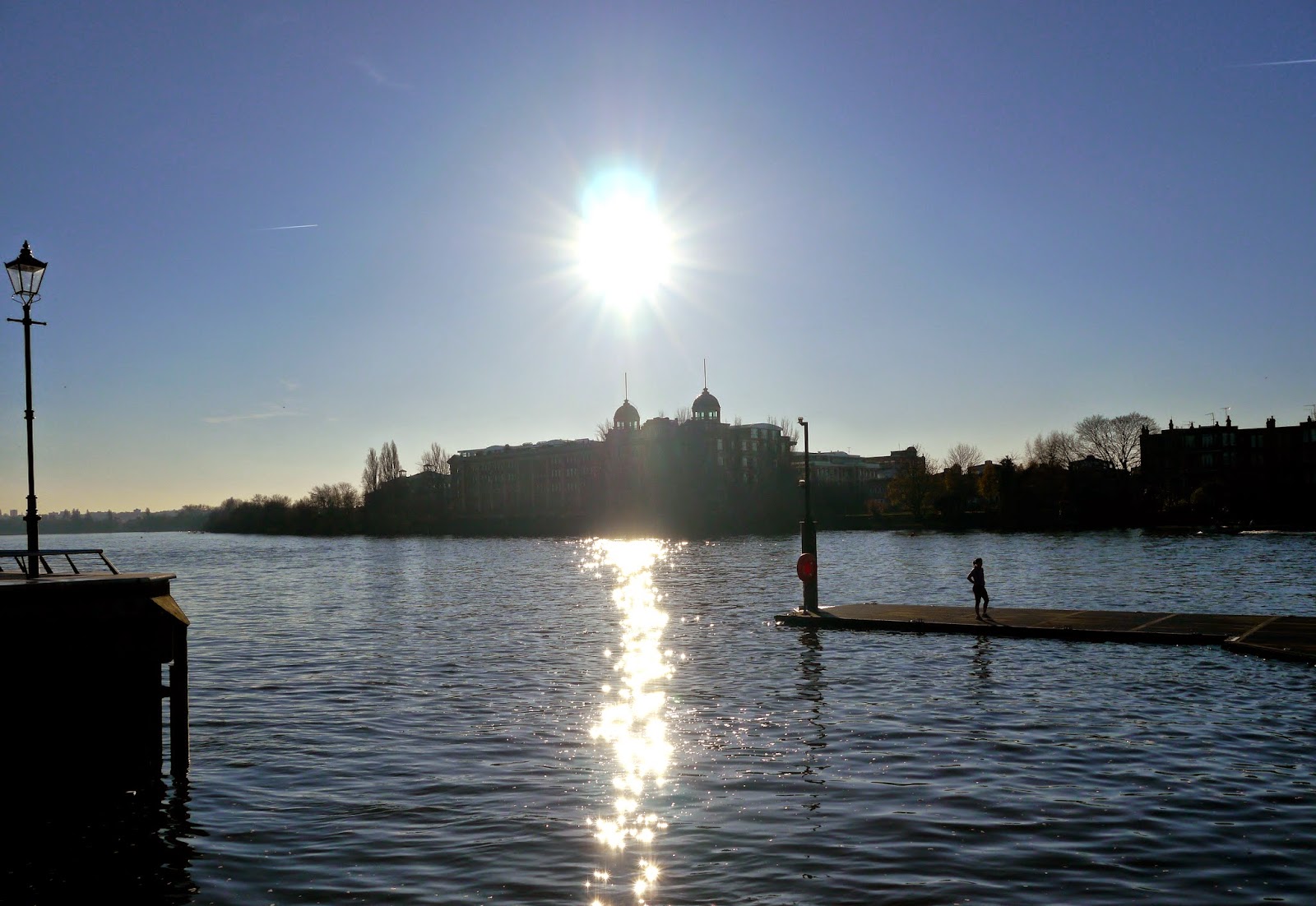 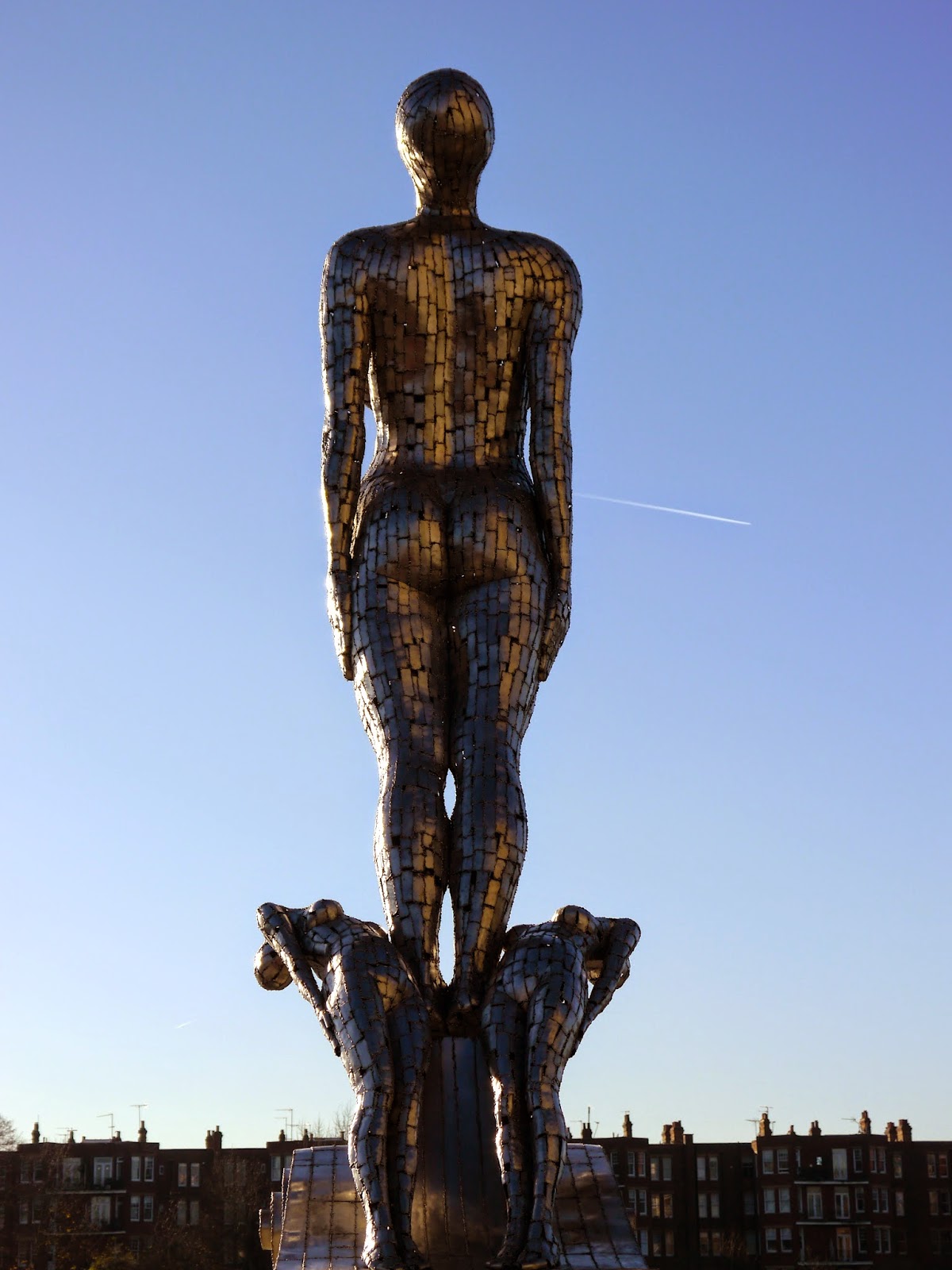 Passing under Hammersmith Bridge my adventure was nearly over. Some of the others were pressing on to an all you can eat buffet at a Chinese restaurant in Brentford. 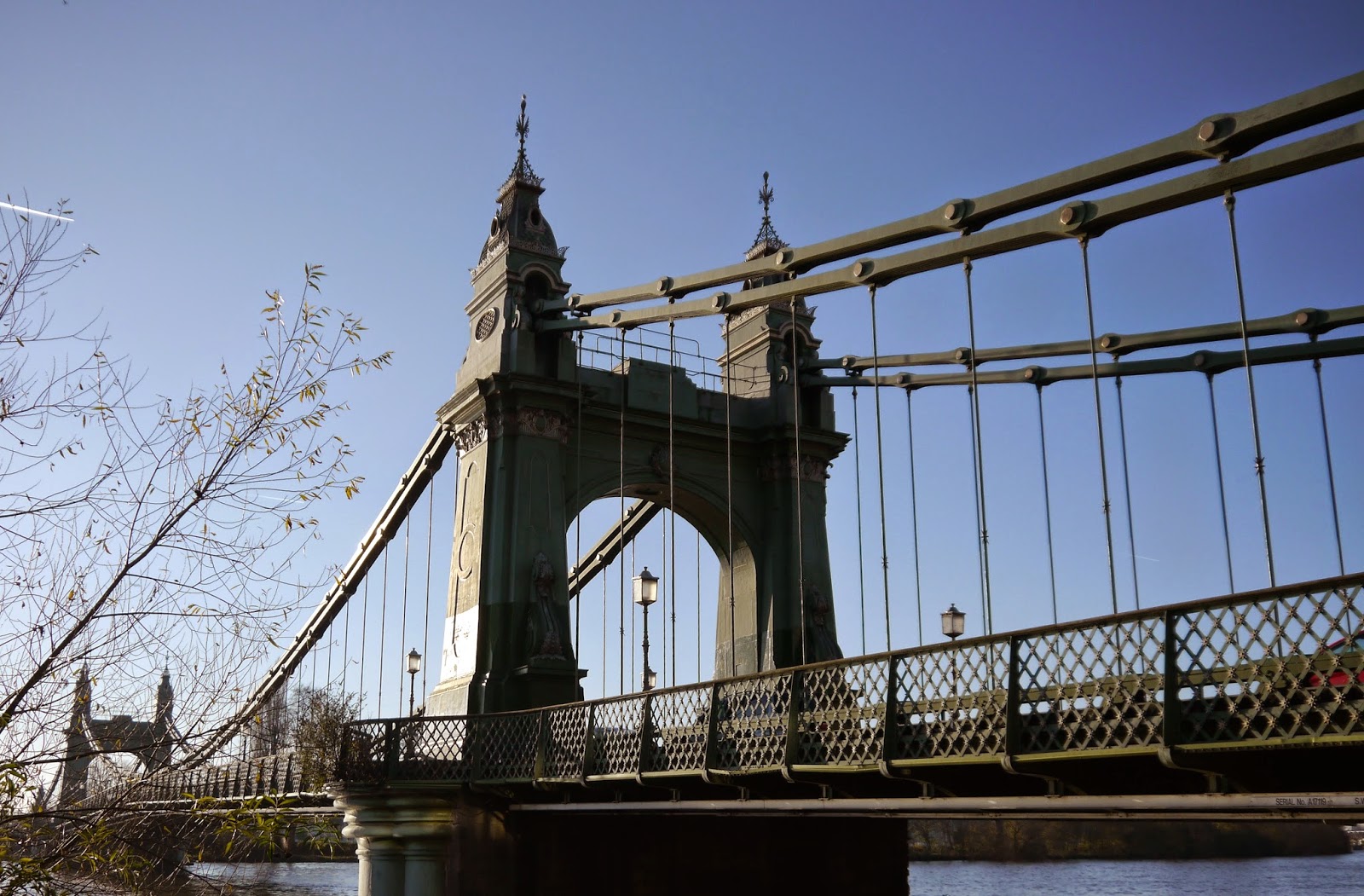 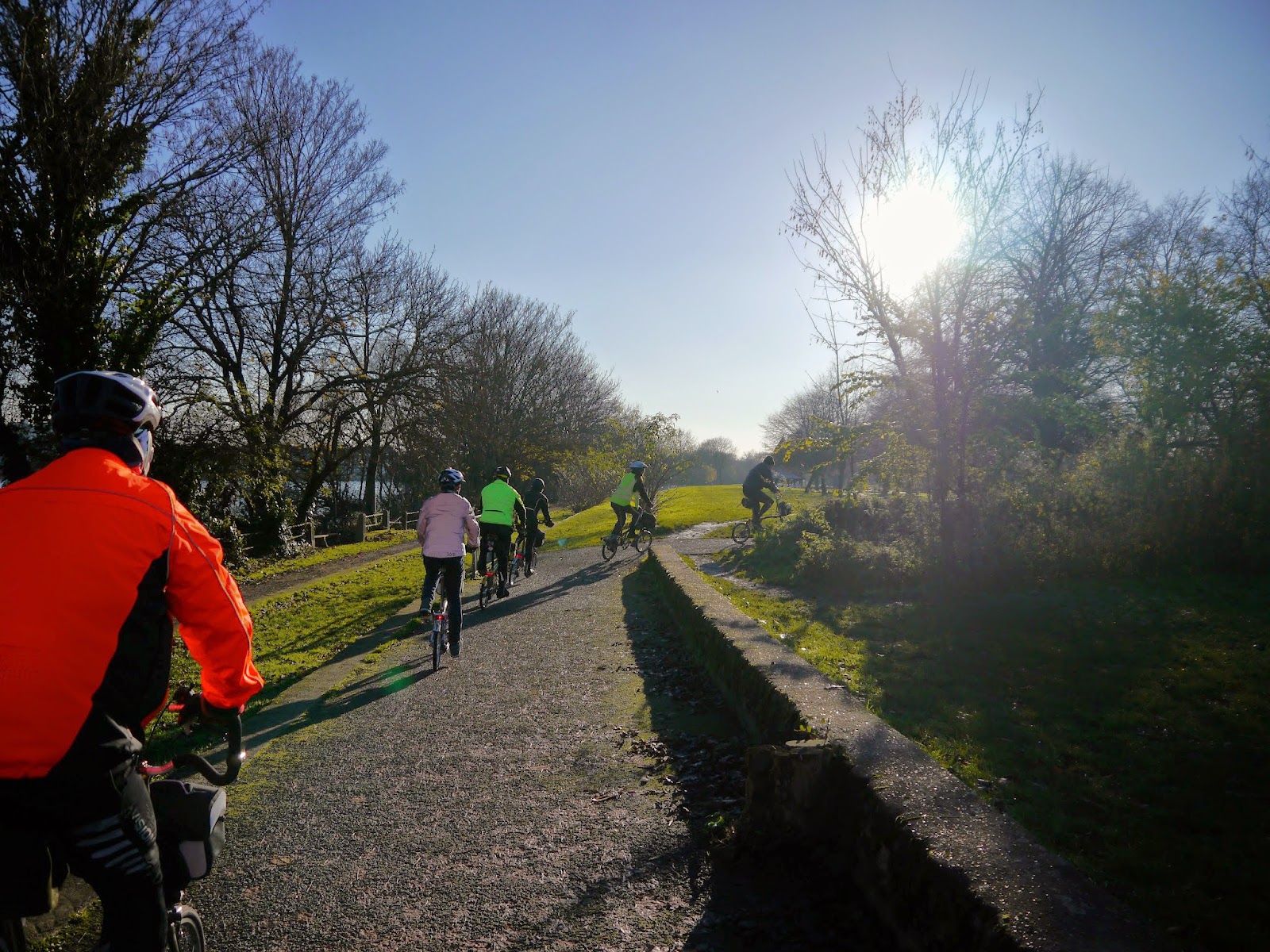 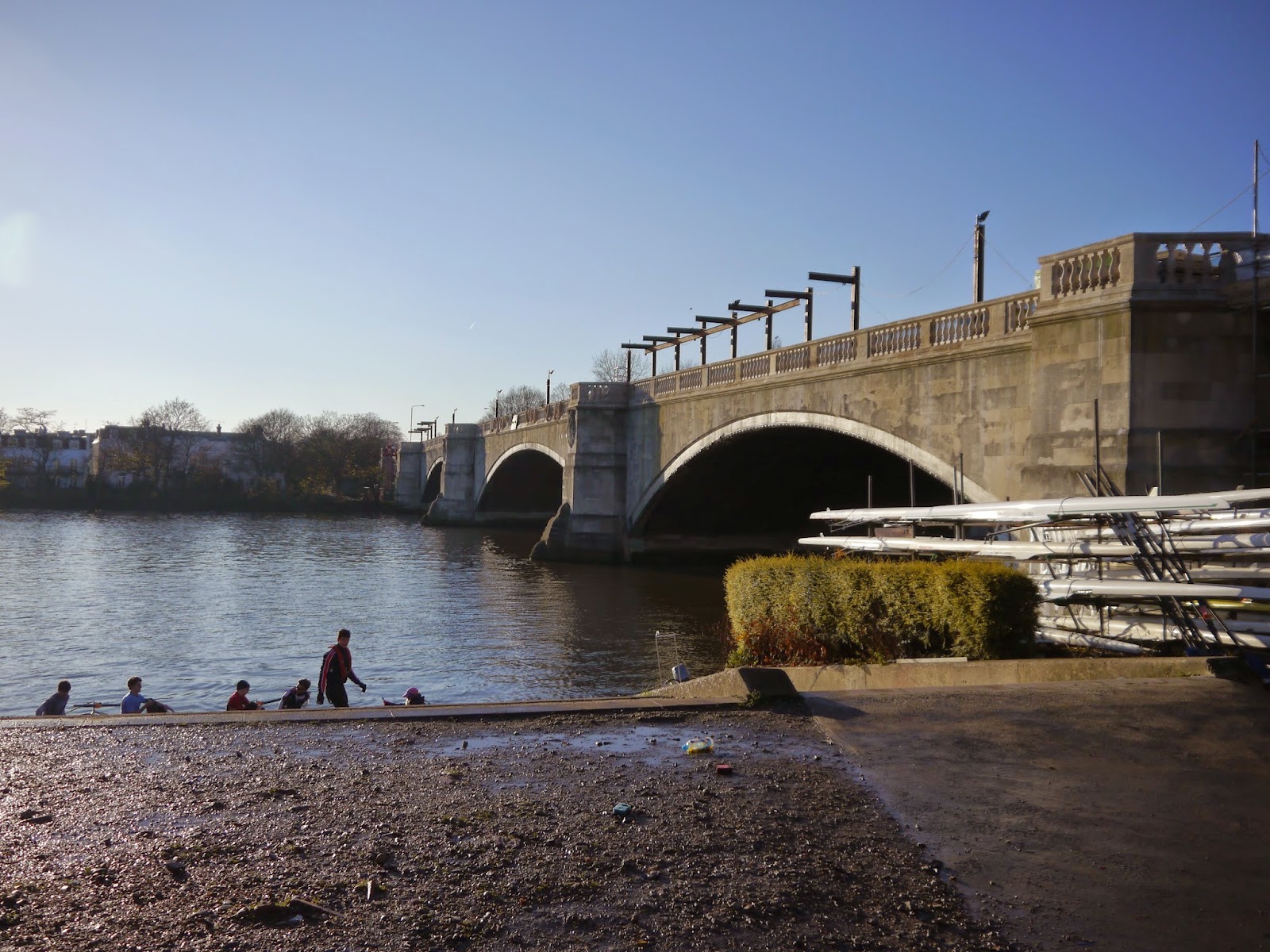 At Kew Bridge I waved my goodbyes and headed for Kew Gardens. This was a great little ride and I really enjoyed it. Again, David treated us to highly enjoyable little sojourn. Many thanks to him.

As I travelled home on the train - no dogs this time - I felt pretty good. I was still coughing slightly but did feel all the better for getting some air into my lungs and more importantly getting out on my Brompton. Next Friday David will again host his famous 'Christmas Lights Ride.' This has become possibly my favourite ride and I cannot wait for it. It is basically a ride starting just before midnight around London - all night. We will be able to take in the Christmas lights and much more, so look out for that blog post.