A few of the Brompton troops were meeting at 11:00 at Richmond for a little Boxing Day cycle but alas that was too late a start for yours truly as I was visiting family later that afternoon and would not have got back in suitable time. Undeterred, I decided to venture out for my own solo Boxing Day ride.

Things were pretty quiet with few people other than tourists taking photos, however the strangest thing I ever seen on the Strand near Charring Cross station was a lone fox trotting across the road and up towards St Martin-in-the-Fields.

My route was pretty simple really. I would travel from Trafalgar Square to some great views of Canary Wharf just past Wapping and then turn back. I was rather pleased with myself for navigating this far without getting lost. Of course I have cycled this route so many times over the years - the latest being the week before on the Winter Photo Ride - it has become reasonably familiar.

At St Paul's I stopped at the Millennium Bridge to take a few photos which proved challenging. The sky was a very bright white/grey which did nothing to enhance the sights on offer. I suspect black and white would have been the order of the day perhaps? 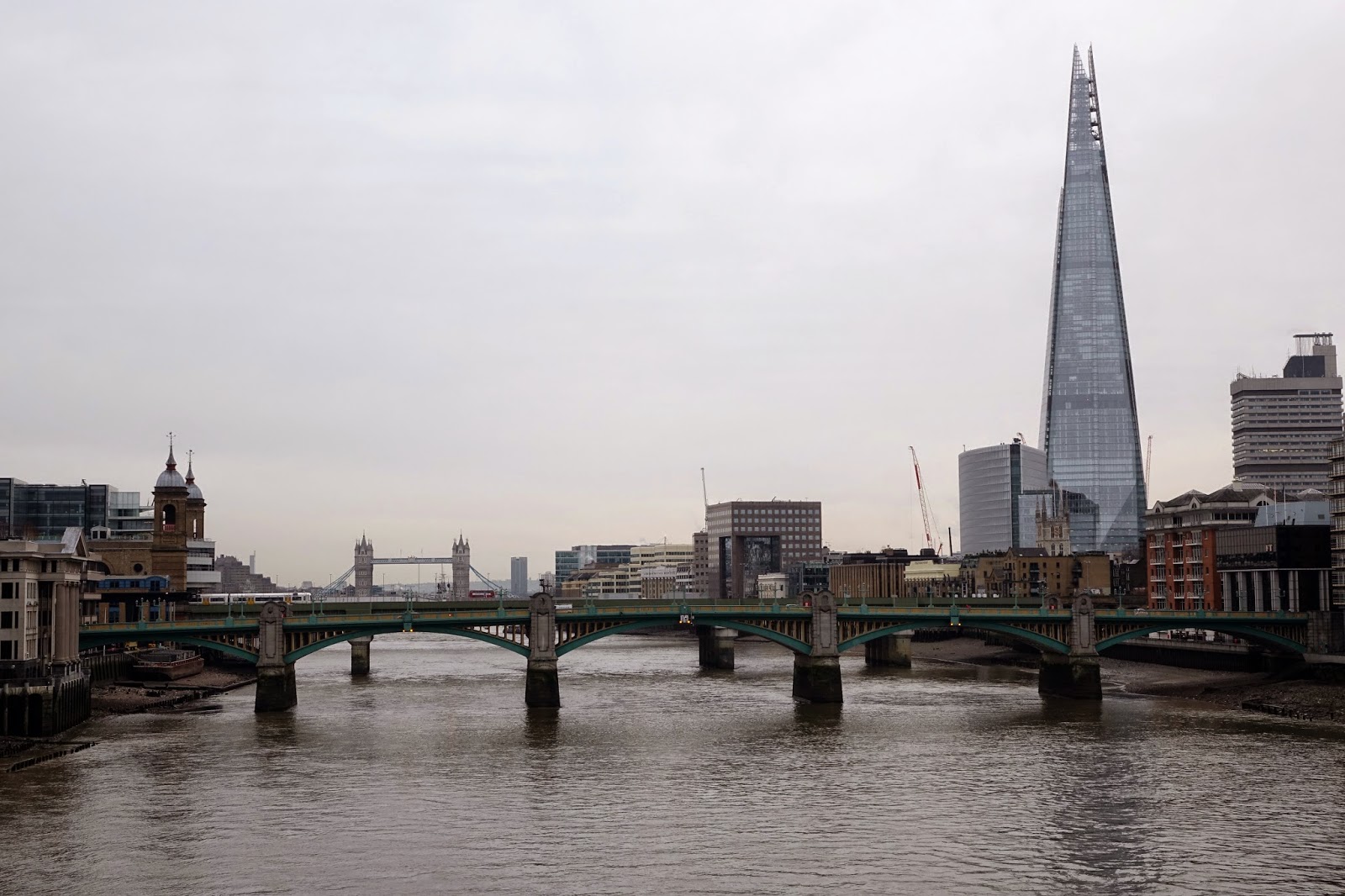 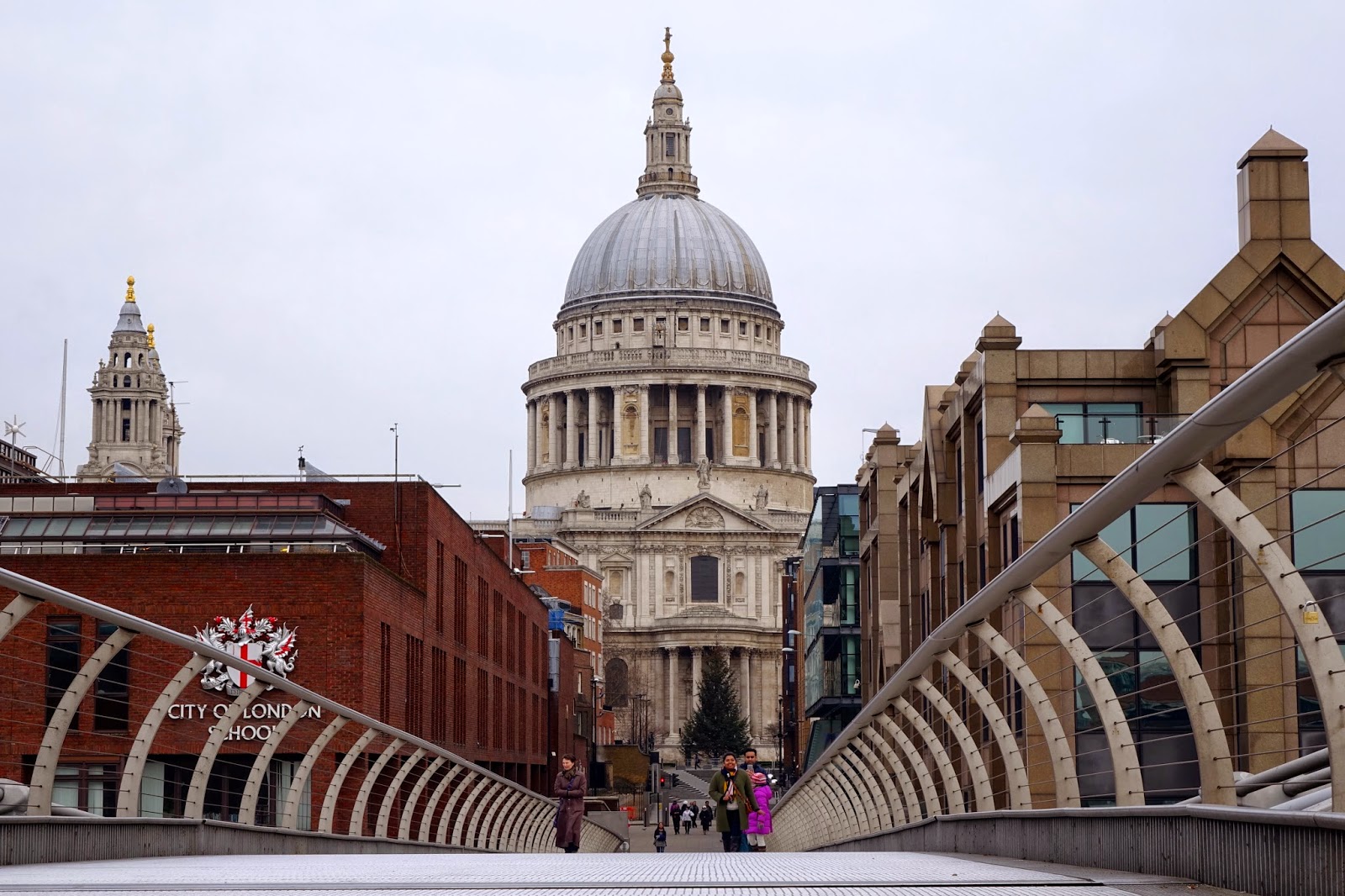 While composing the photograph below there was a family carrying suitcases taking in the views. It appeared to me that they might be catching a flight home later in the day. Their teenage son decided to run through the small fountains gushing from the floor, tripped over, fell and got himself totally wet. His parents reaction was pretty shocking, insofar as things became physical and the comical took on a rather dark slant. Walking back to my Brompton and passing them I commented that there was no need for that after which they left. 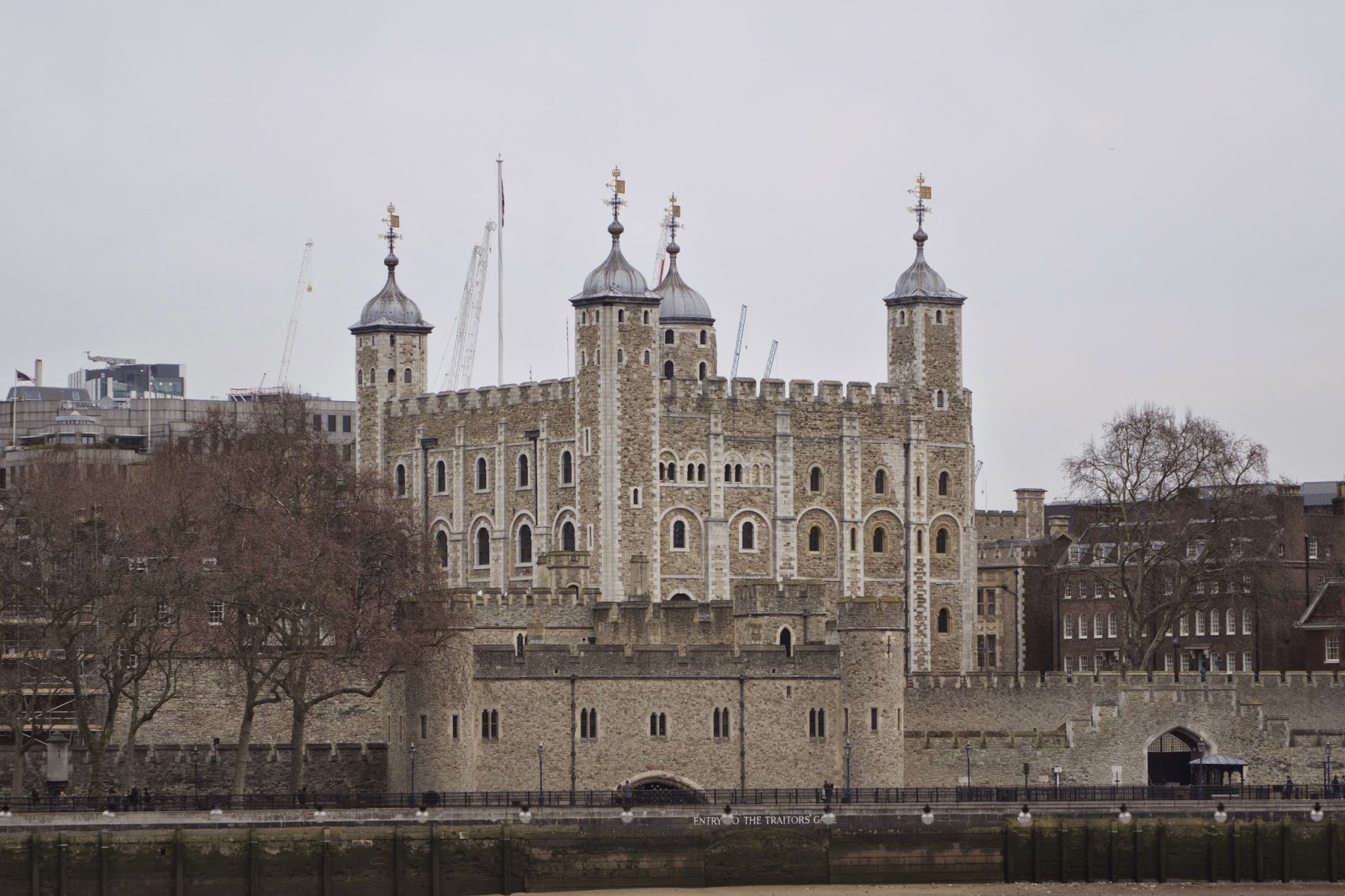 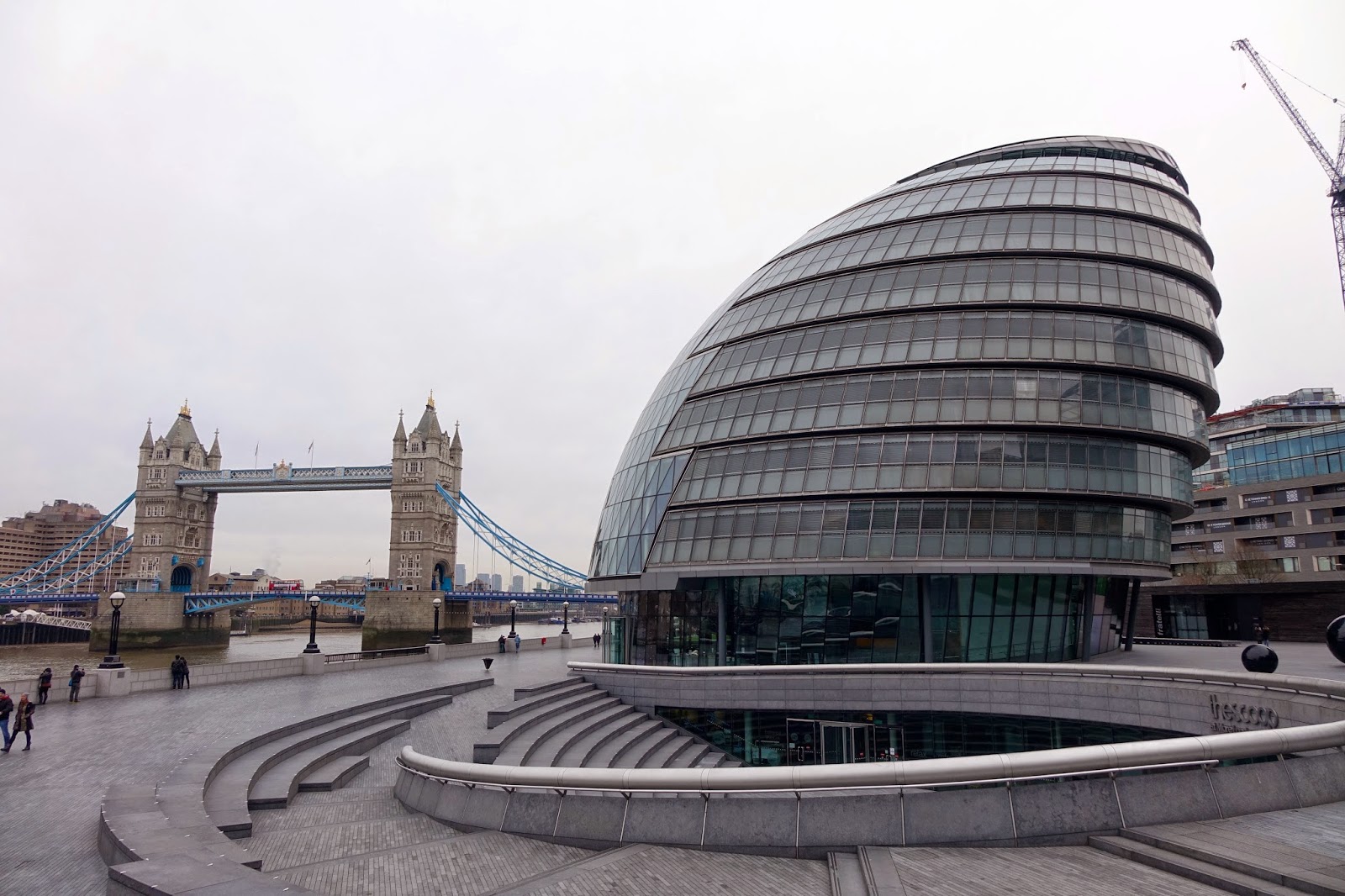 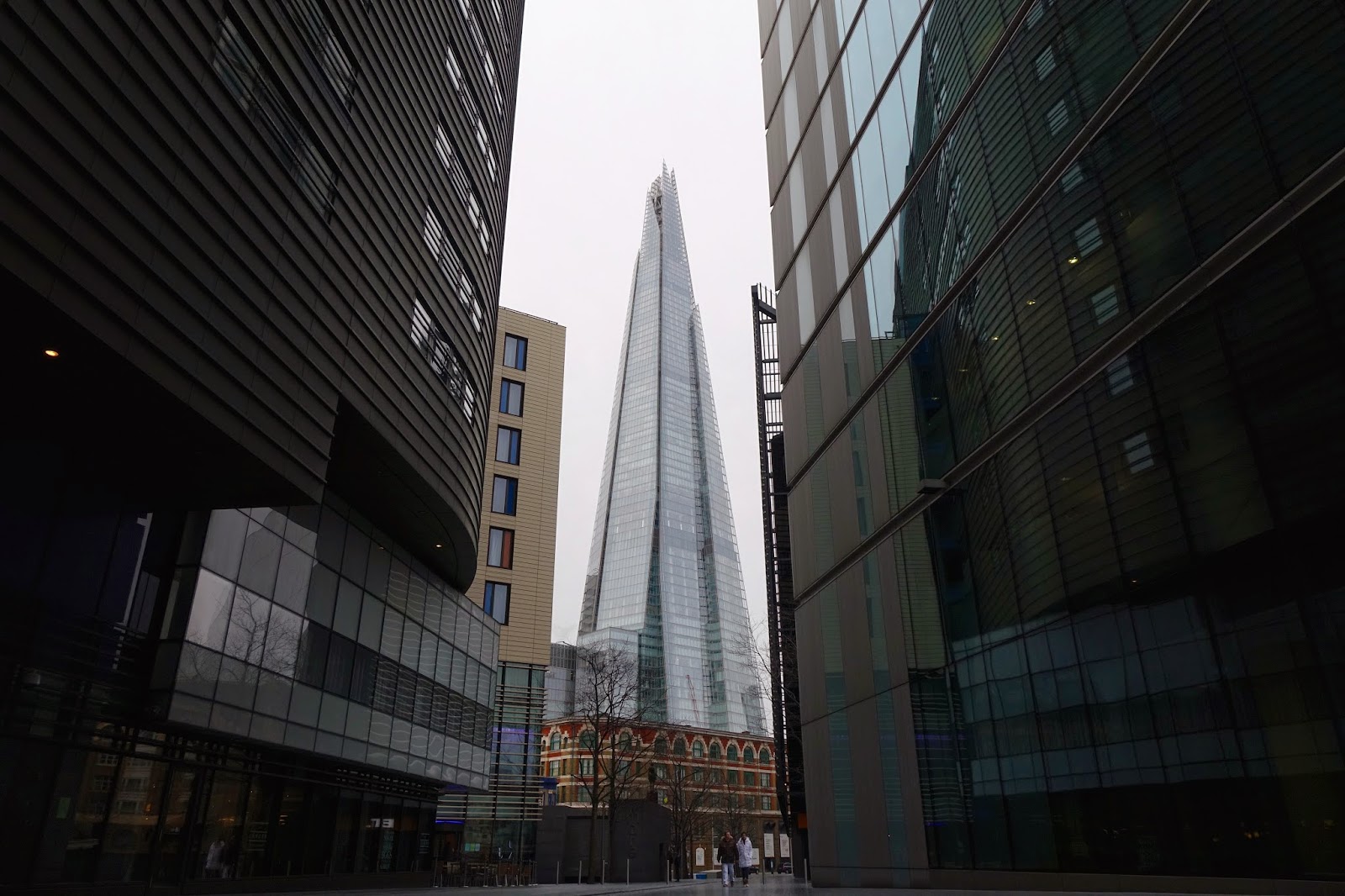 Cycling over Tower Bridge on a quiet Boxing Day morning was the best. I crossed the entire bridge without a single car, bus, motorbike or coach in sight. The only distraction were tourists hasty trying to take a photograph of someone on an Orange Brompton with a general orange theme going on!

Once on the other side of the river I took in the all too familiar views of Tower Bridge. To my left a lone Heron was considering whether to venture further into the river for breakfast. To my right the bridge itself. 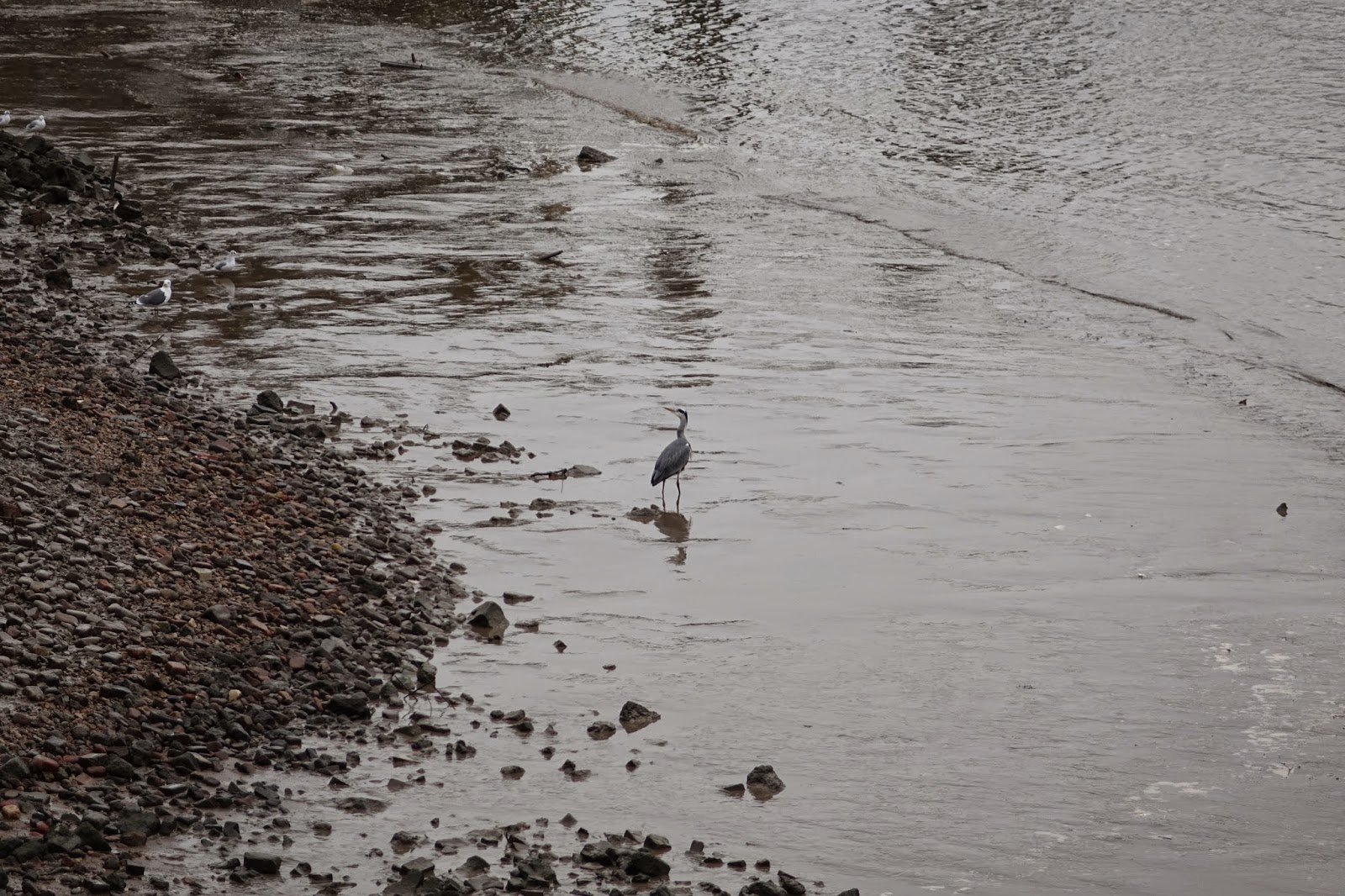 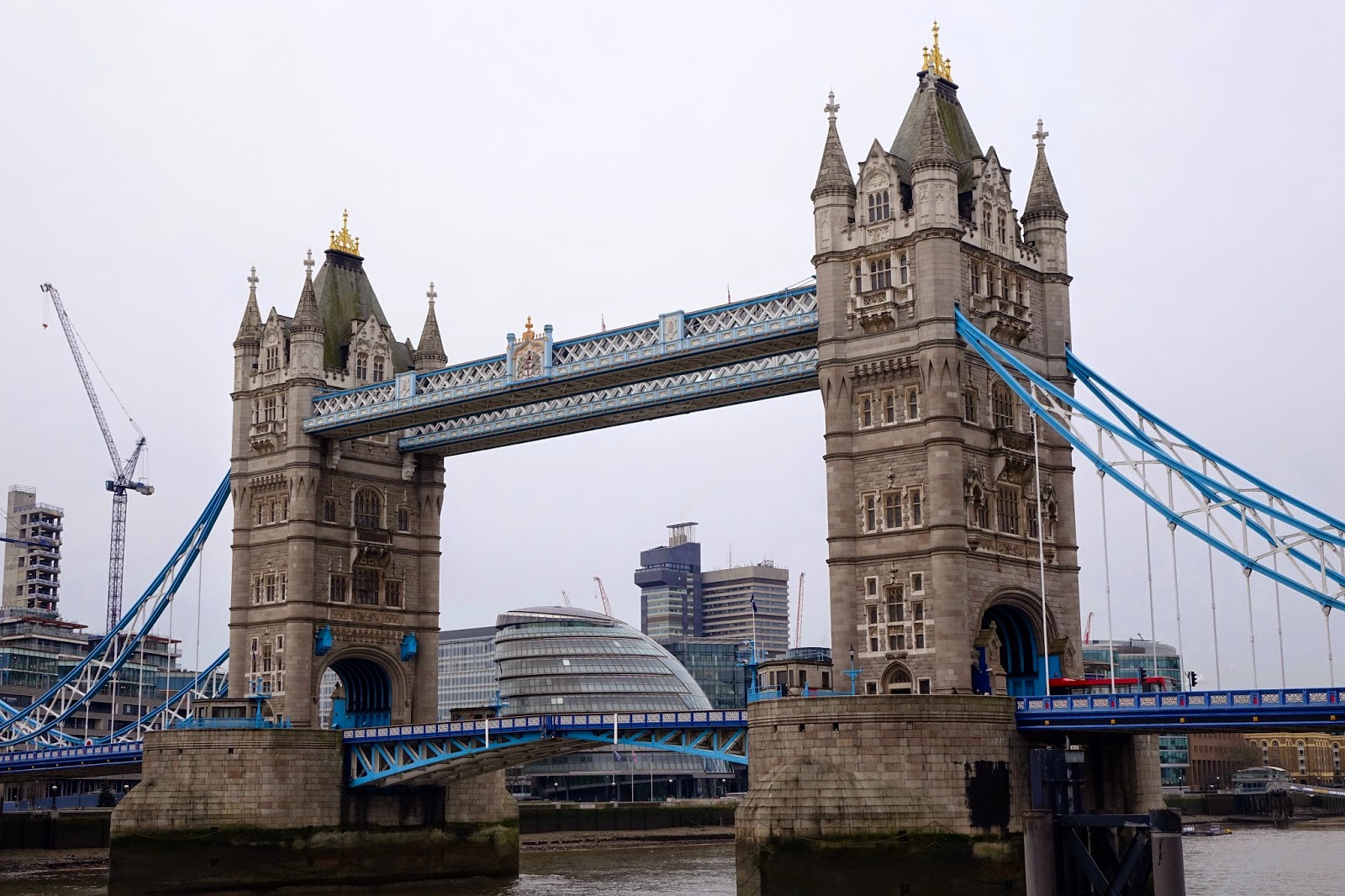 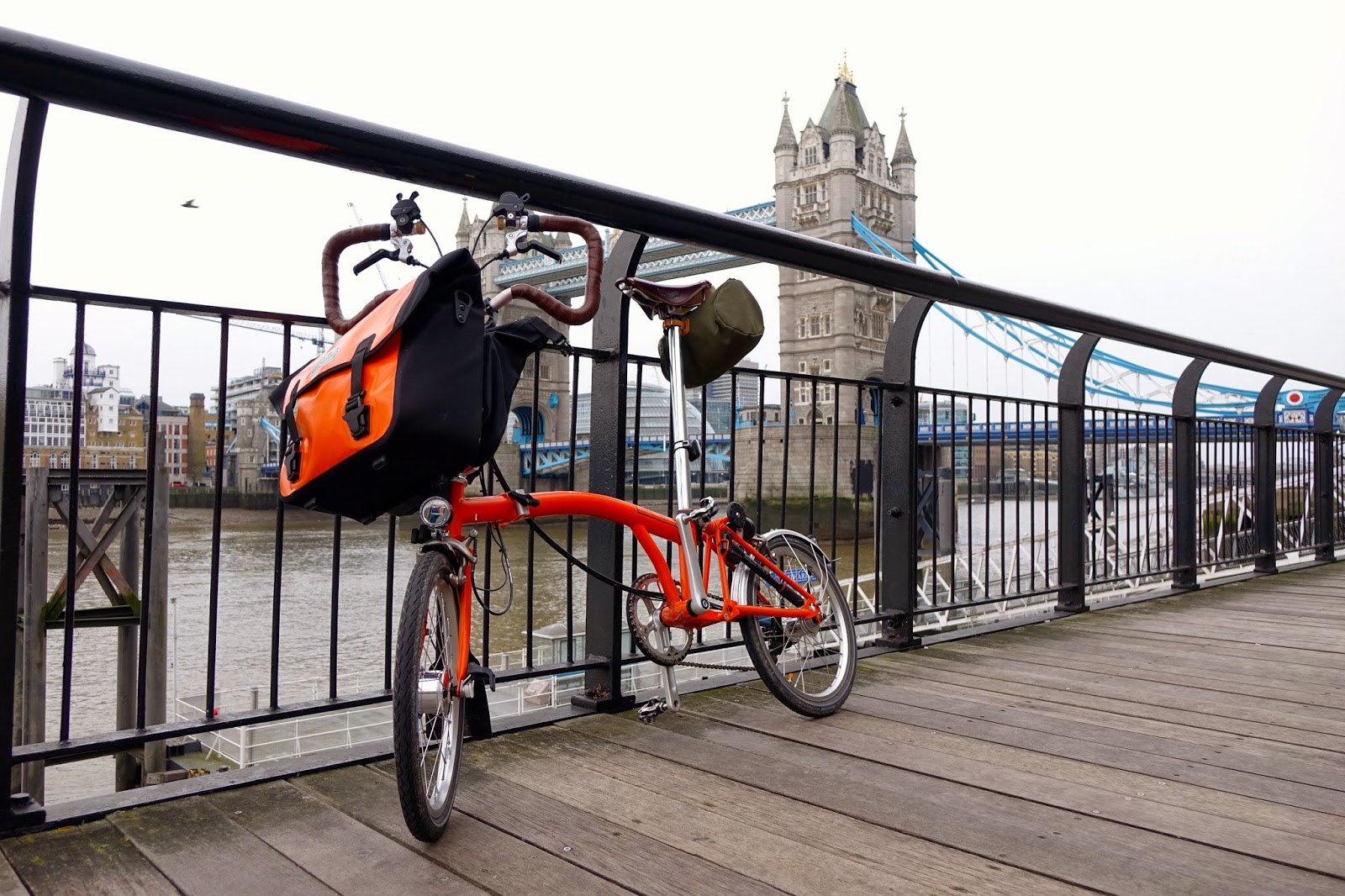 Just before St Katherine Docks I spied the large sluice gates that allow water from the Thames into the docks. I wonder if they are ever used or now just an homage to the past? 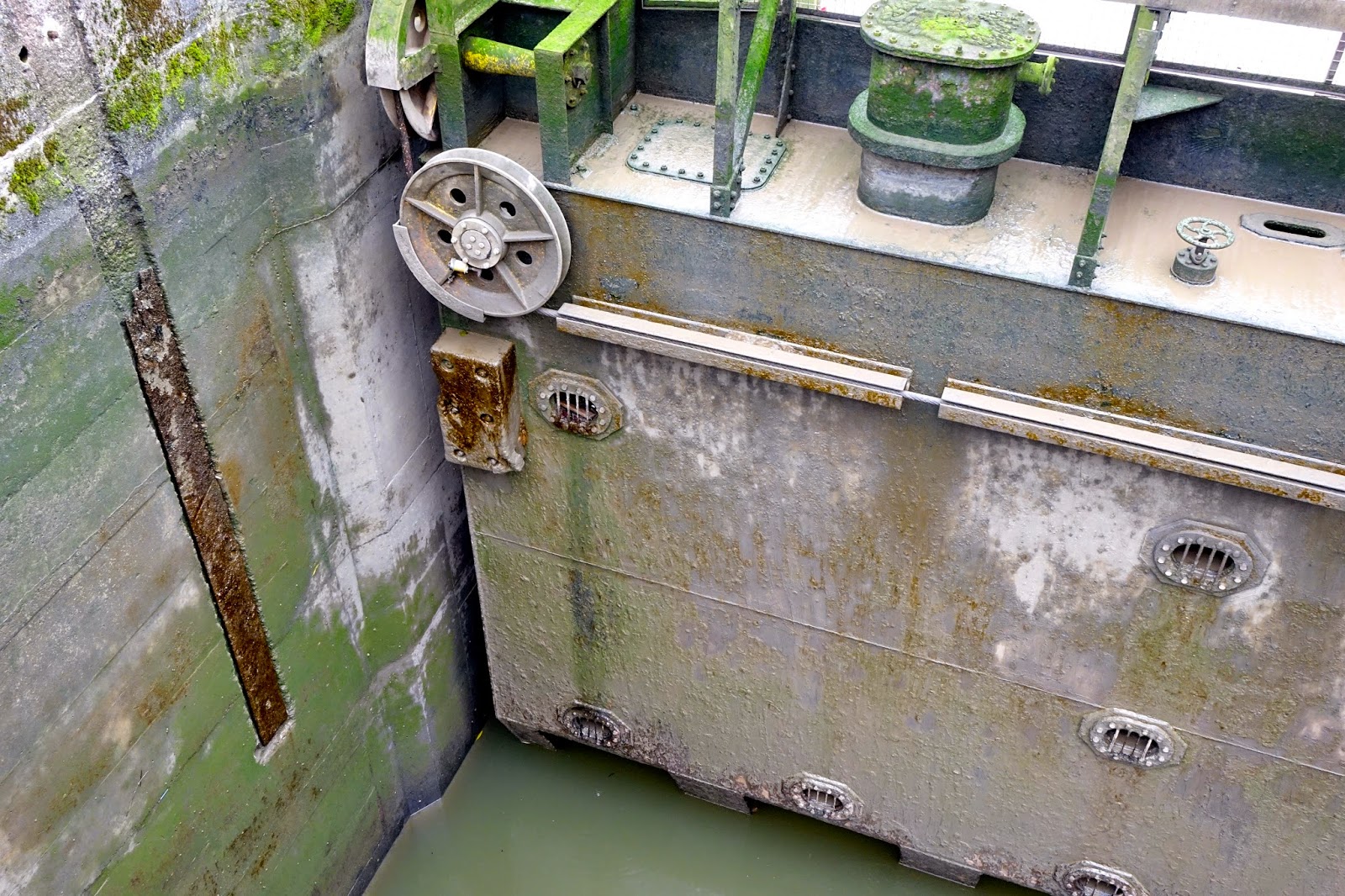 Wapping with its bone shattering cobbled streets (that I actually really like) was next. A few dog walkers and joggers were the only people I saw. I stopped to take a photo of one of the mini cranes that would have been common in the past and used to load and unload goods into warehouses and factories all along the river. These factories are now of course riverside accommodation and the cranes are just for decoration. 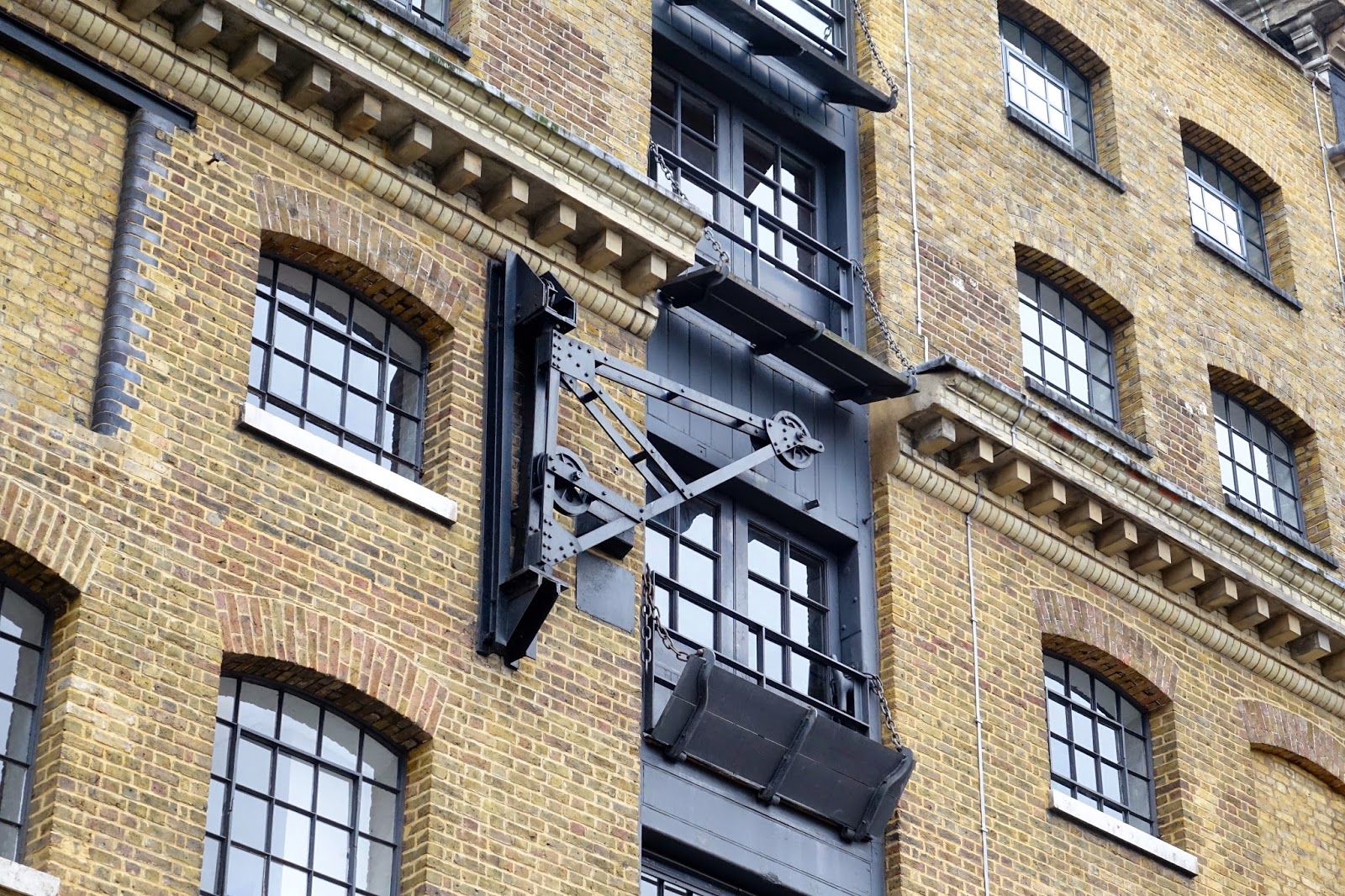 A structureI have cycled past many times before was the steel bascule bridge. Having the time to stop I took a few photos. Bridges like this were quite common in this area in the past and allowed larger ships from the Thames into the many basins. 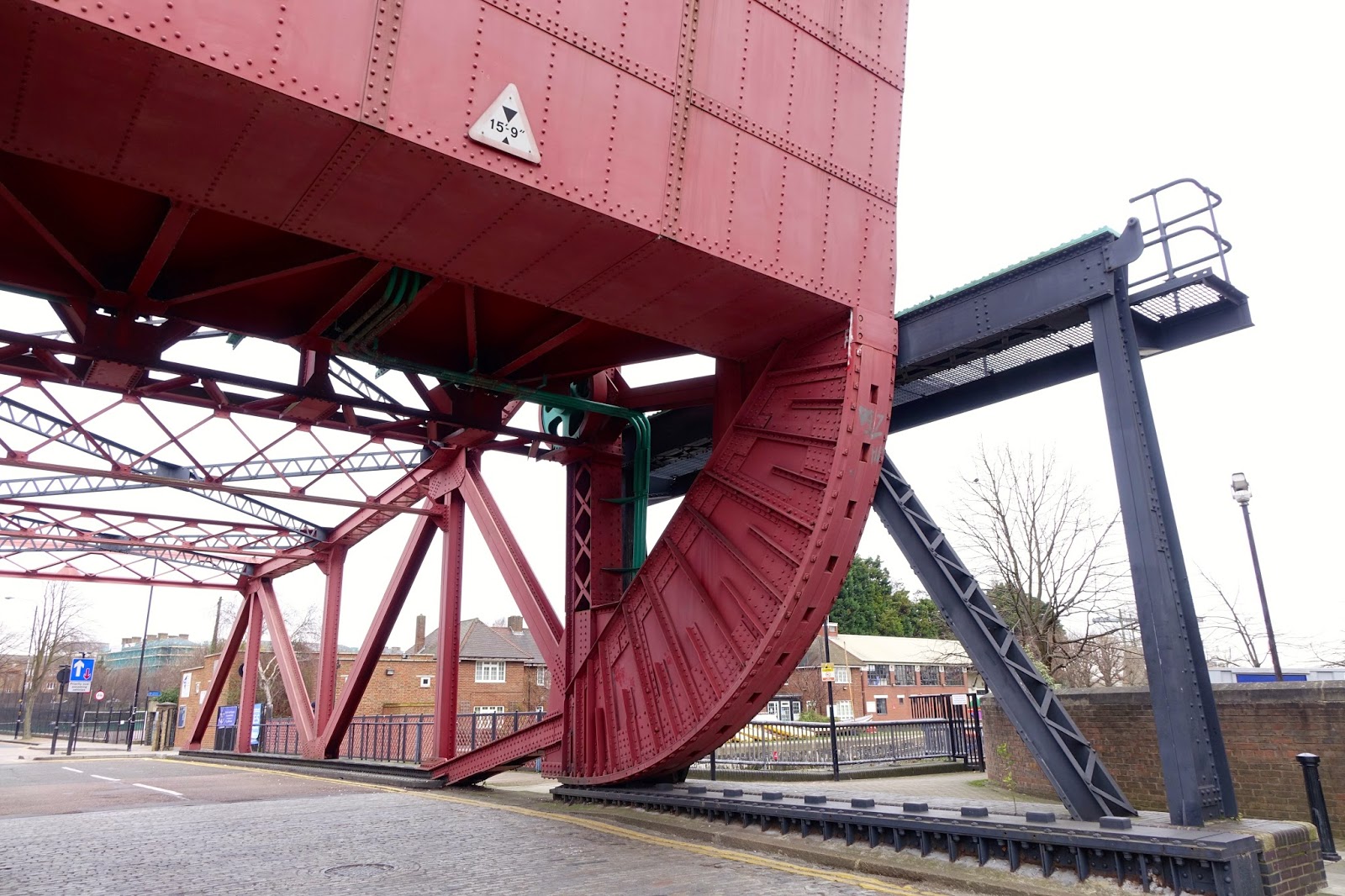 The bridge simply rolled up on the curve via a ballast tank on the bridge. It was a very simply but effective design. 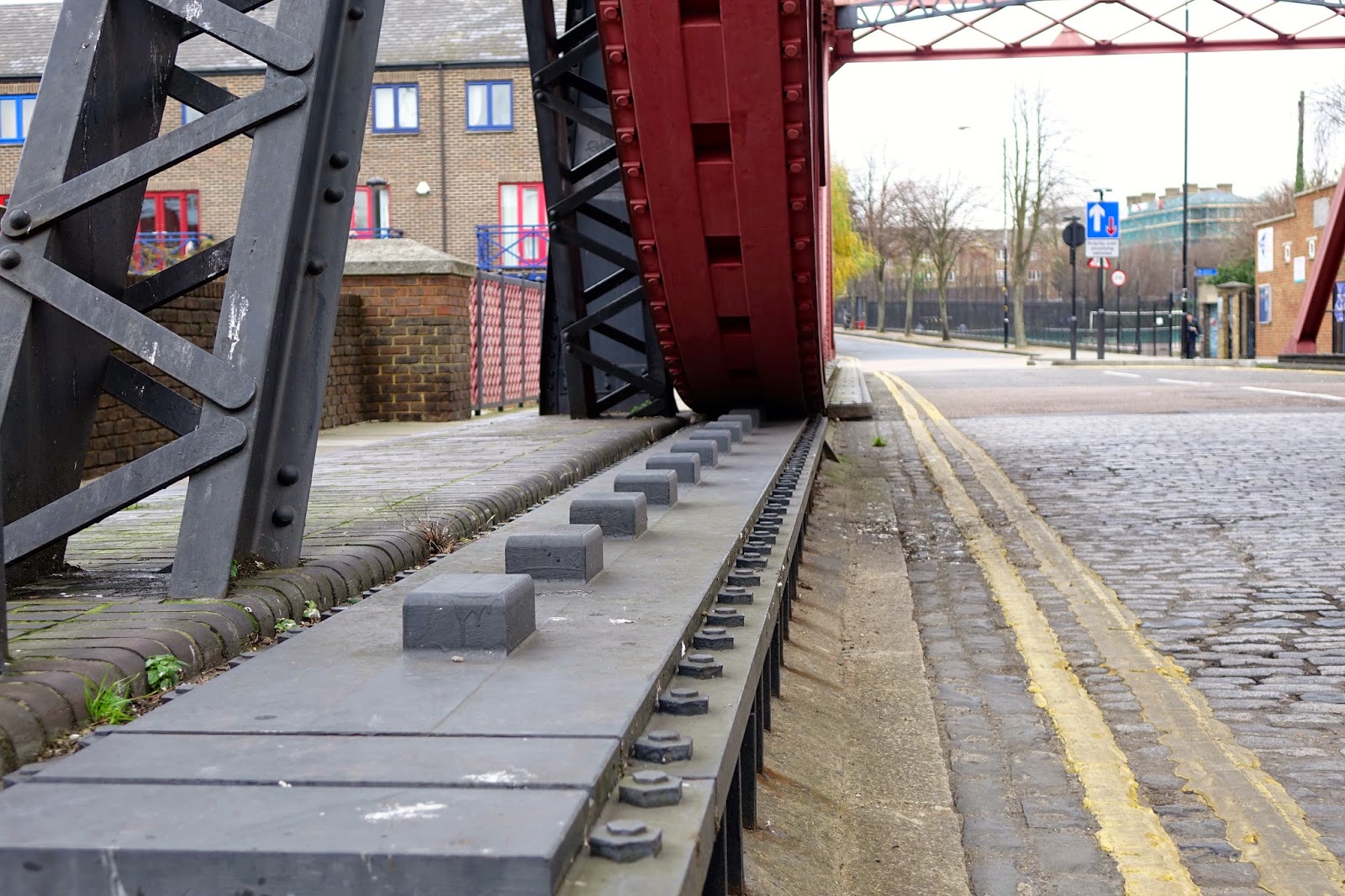 I suspect this particular bridge is simply for show the days when it rose into the sky are long gone. Still, at least it is still there and not replaced by something less pleasing on the eye or in keeping with the areas industrial heritage. 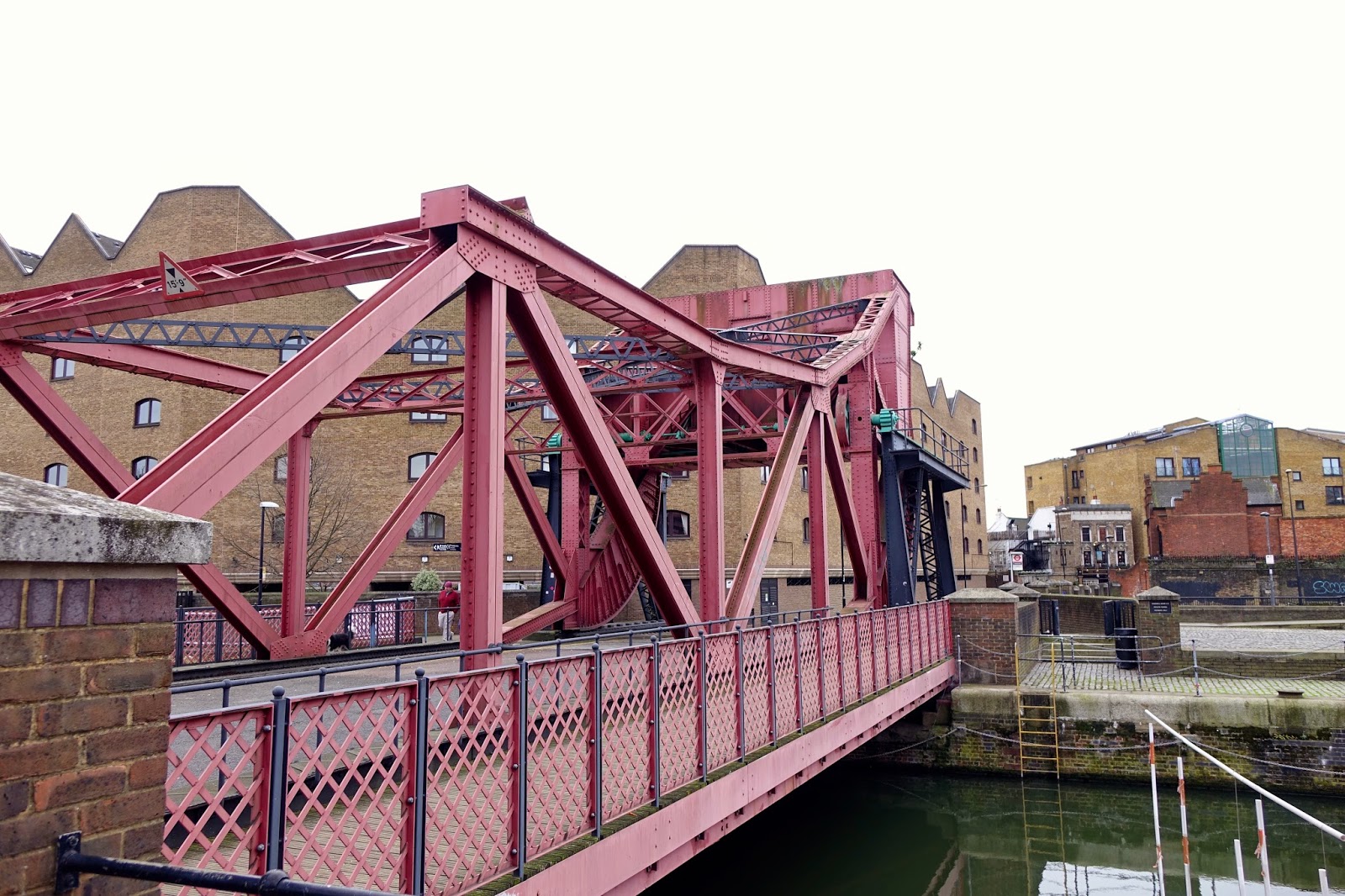 I took a camera with a lens having a slightly longer reach. This allowed me to obtain closer view of Canary Wharf. 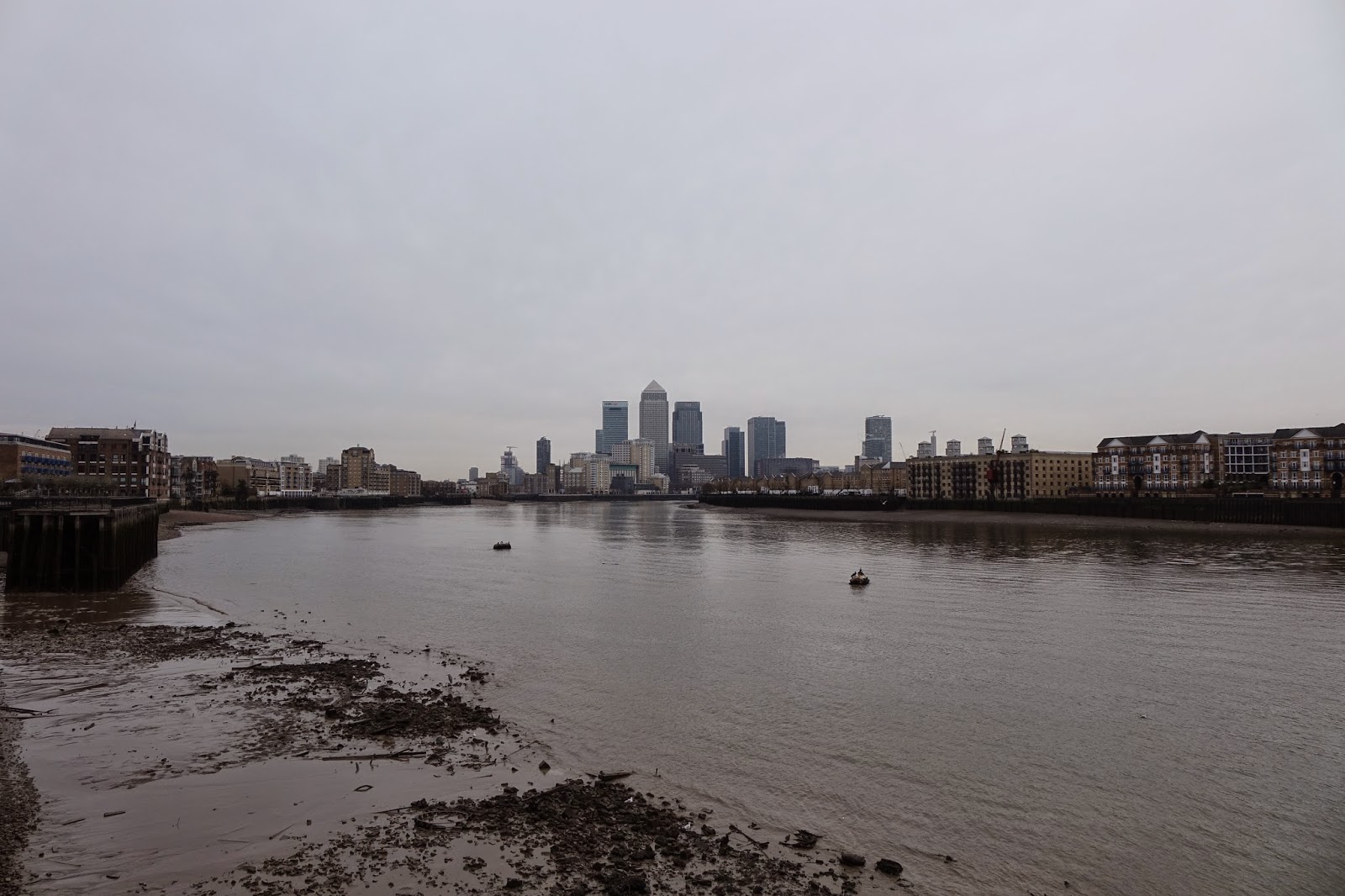 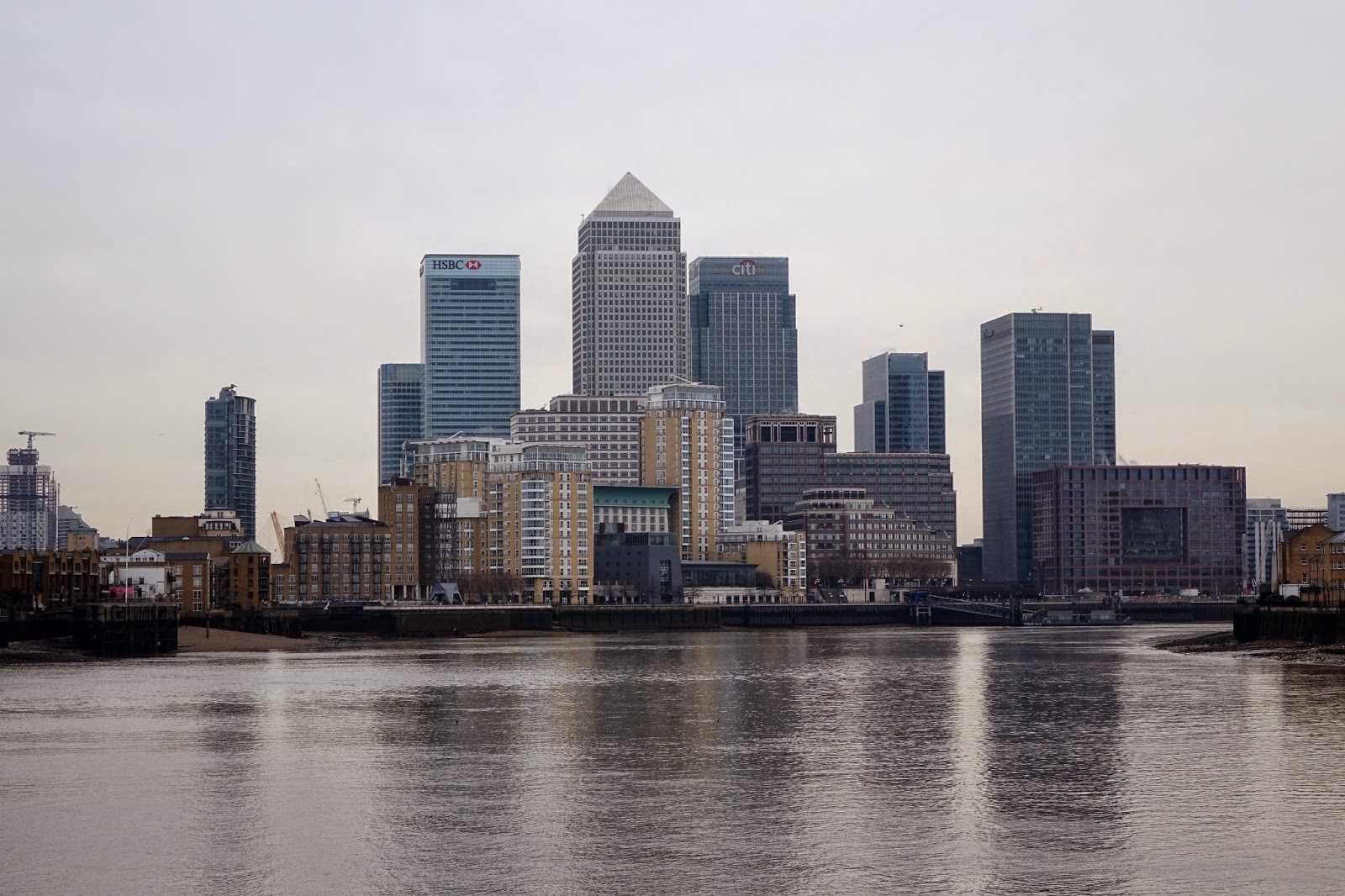 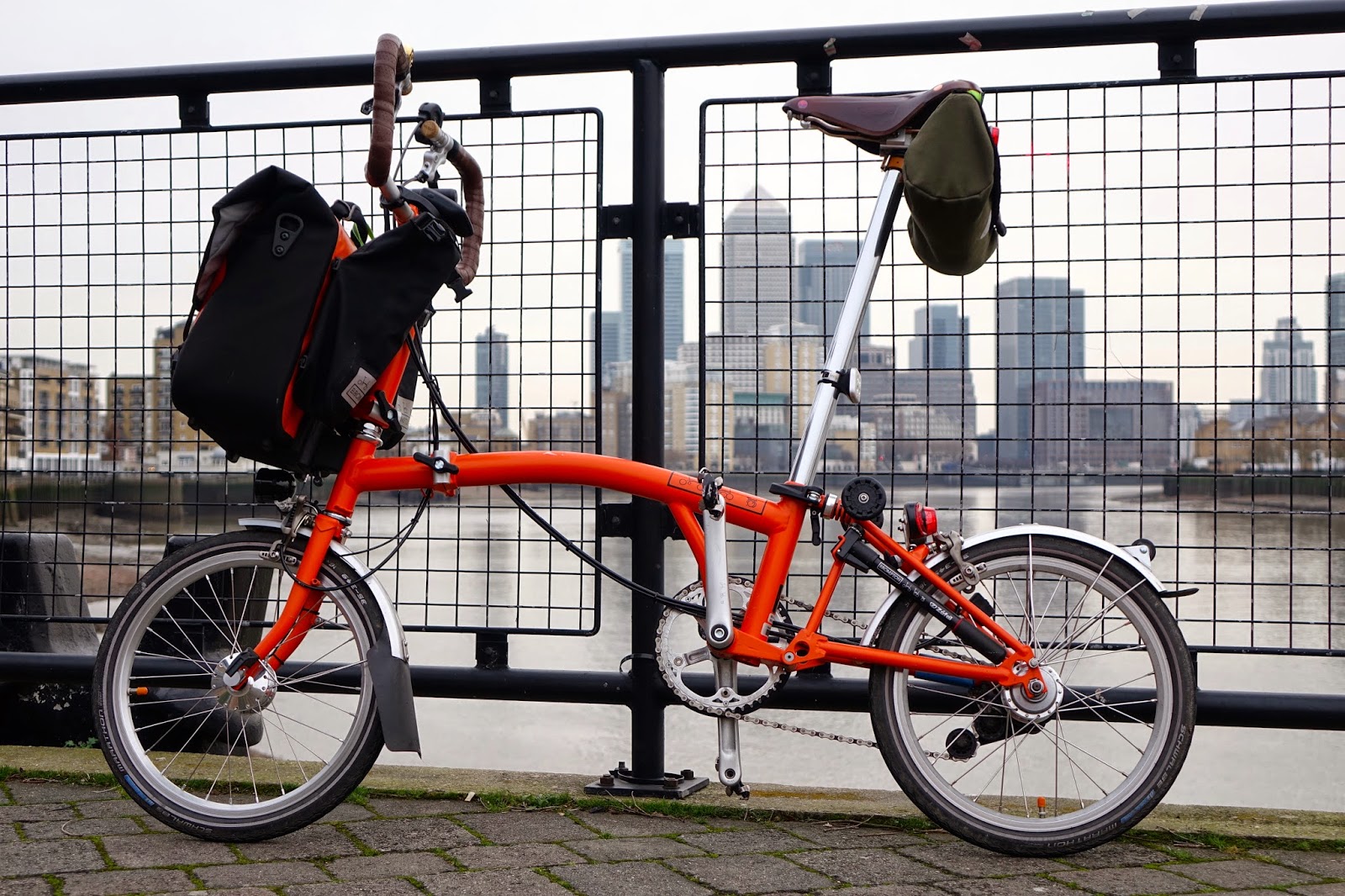 Time constraints meant that this was to be the furthest I could go but I plan to travel further east another day when I have more time. 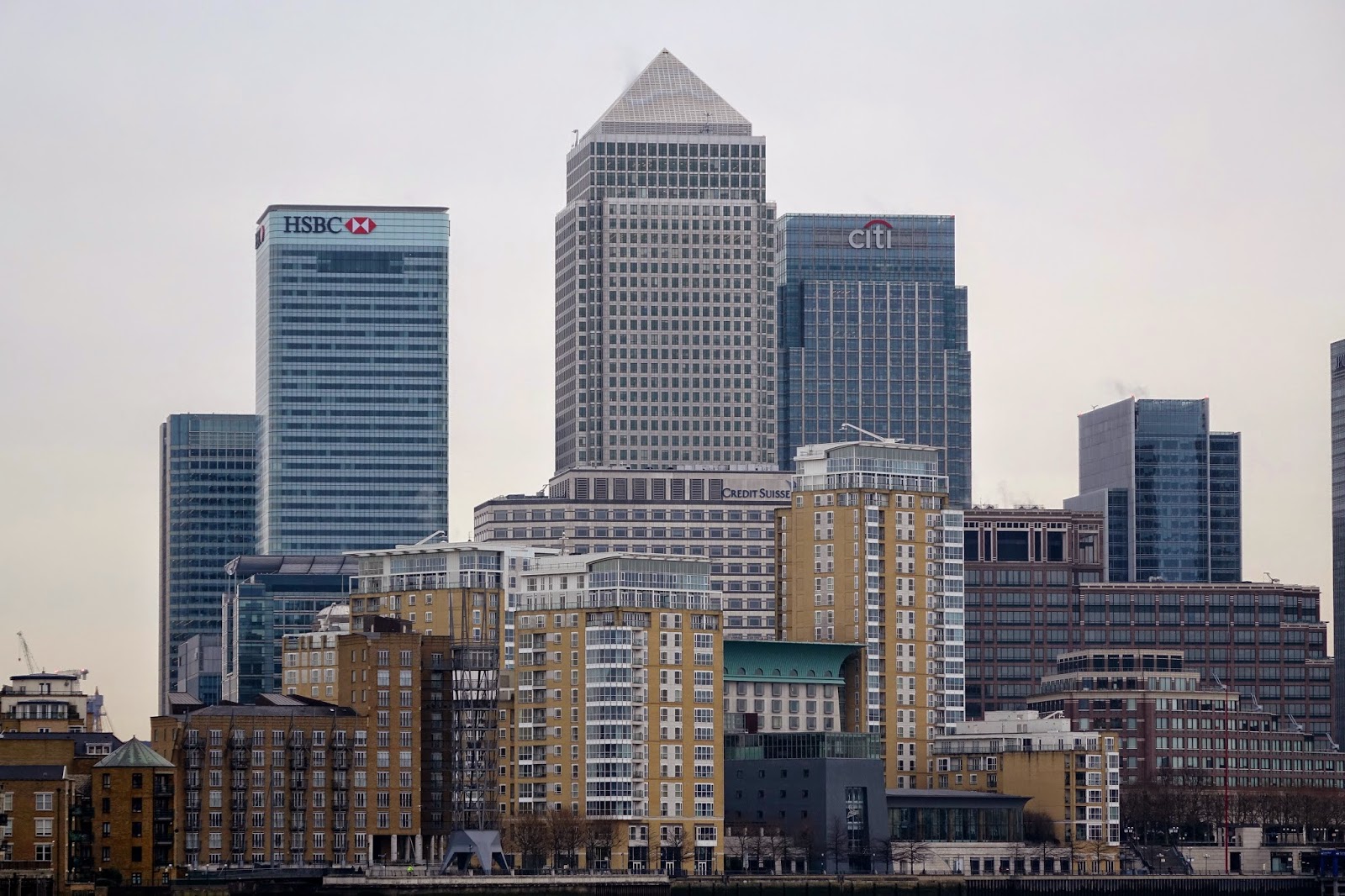 The gentleman below mudlarking, arrived on his bicycle, locked it up to the railings and then proceeded to go onto the foreshore looking for any historical gems washed. The usual finds can be parts of clay pipes that were almost disposable items in the past. Those living and working near/on/by the river simply threw rubbish into its depths. 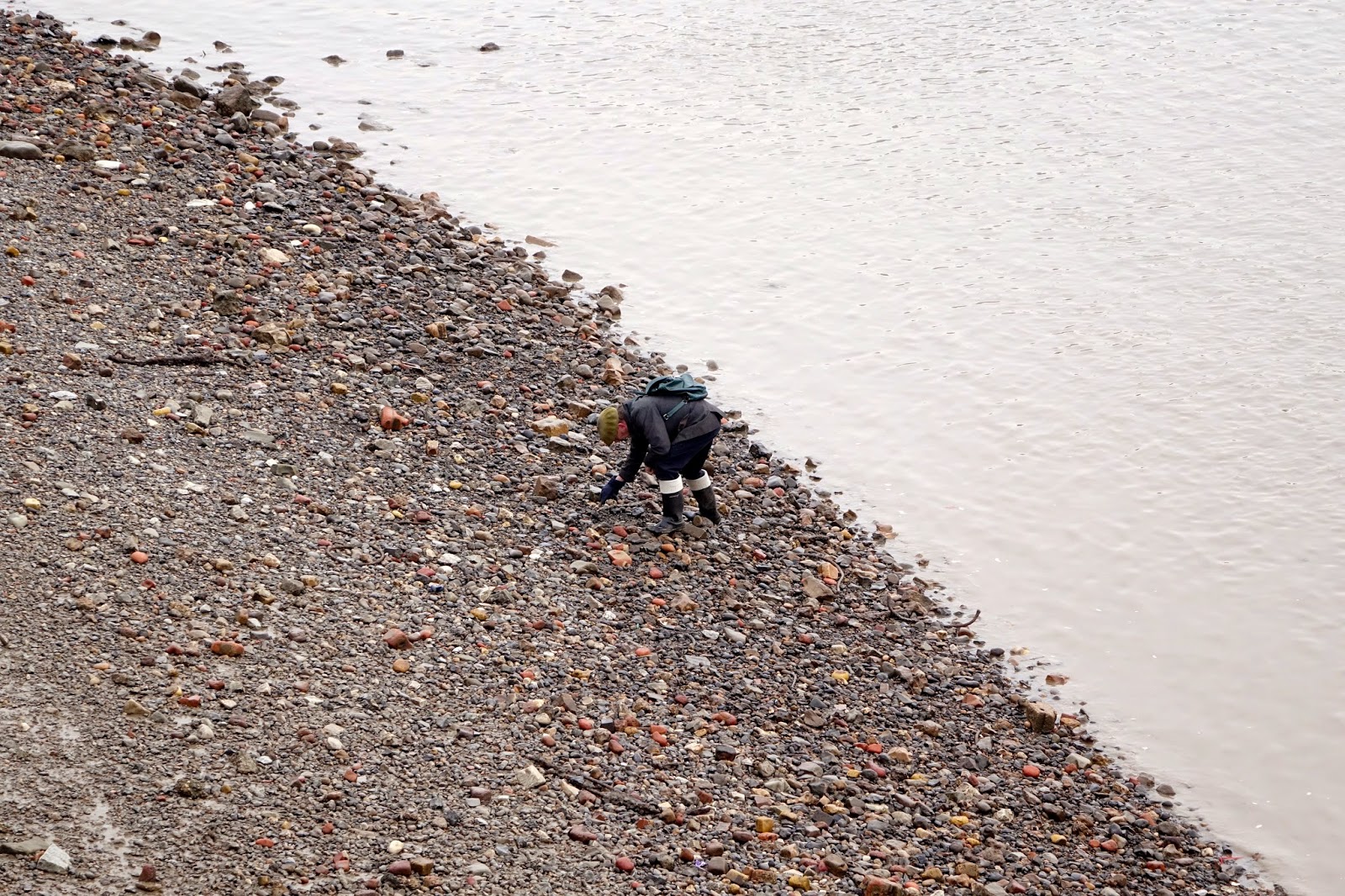 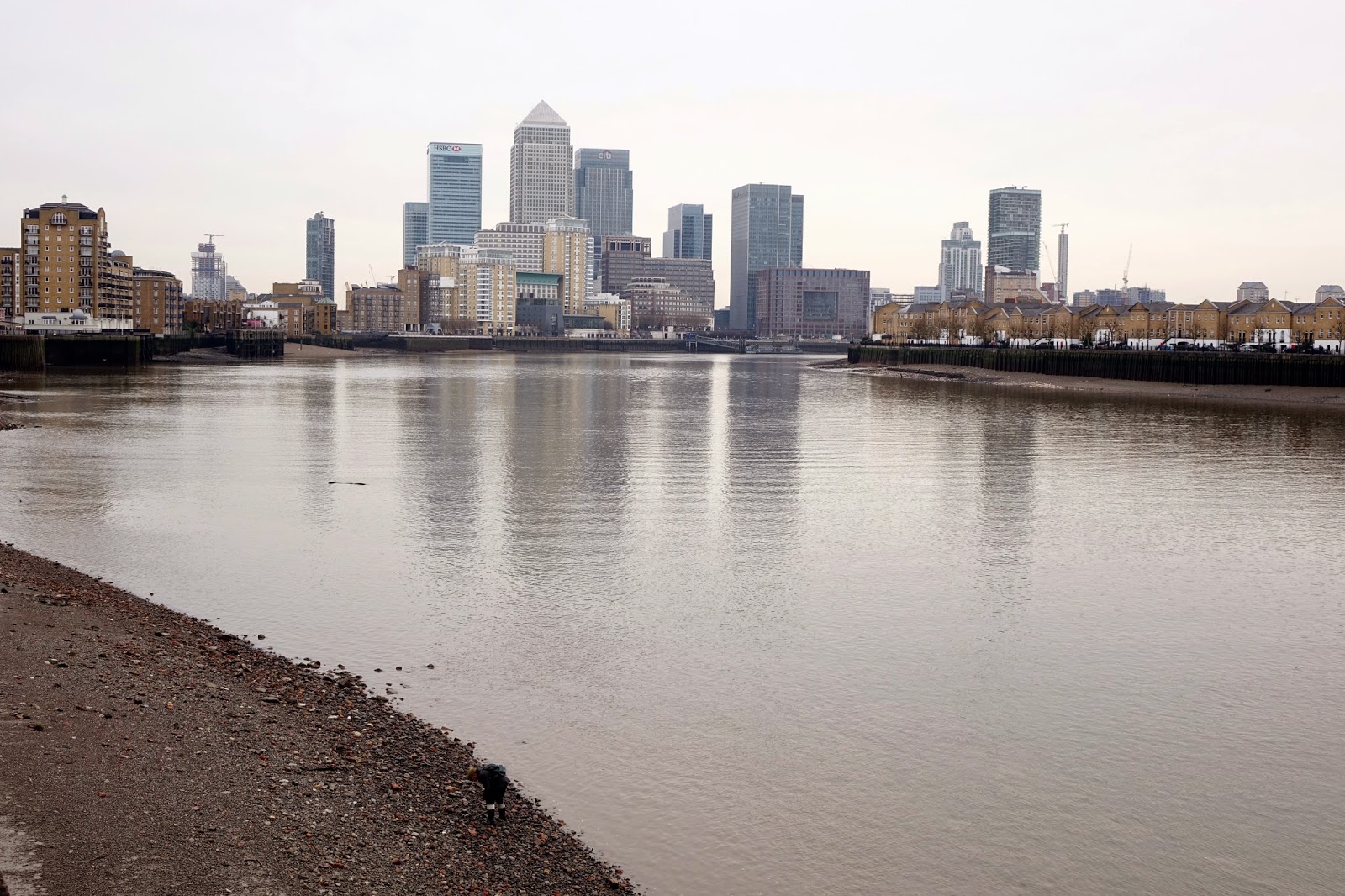 On my return I stopped outside the Prospect of Whitby to take a quick photo. This lays claim to being the oldest riverside tavern dating from 1520 and it may well be. The building looks Victorian to me but apparently the oldest part still remaining is the 400 year old stone floor.

In the past it was a meeting place for sailors, smugglers and everyone in between. Charles Dickens is said to have visited this pub and I can only imagine what it and this area must have been like in his time! 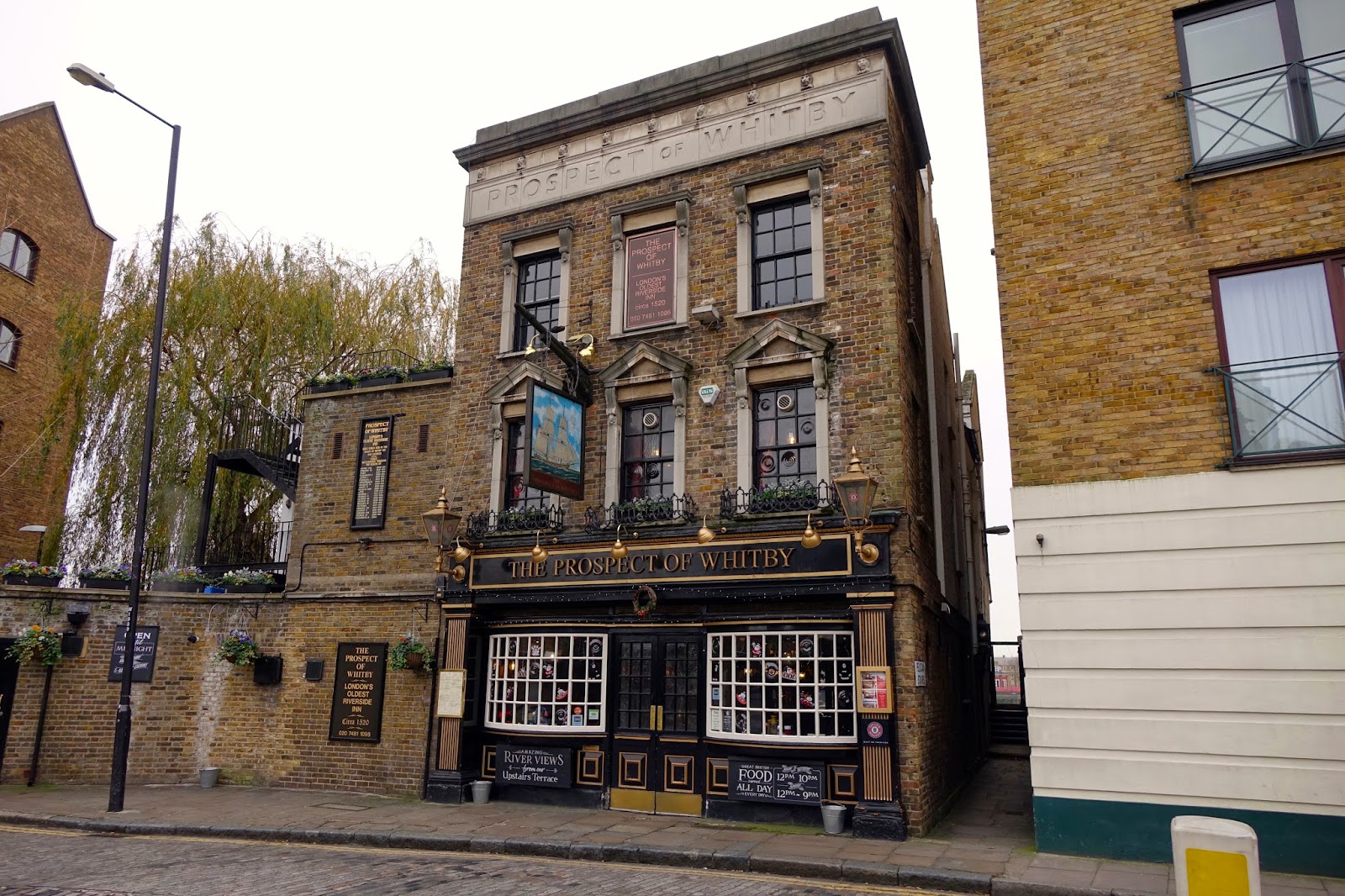 Heading back I took one last photo of Tower Bridge before heading towards the City. Even then things were pretty tame as far as the traffic was concerned which I appreciated. 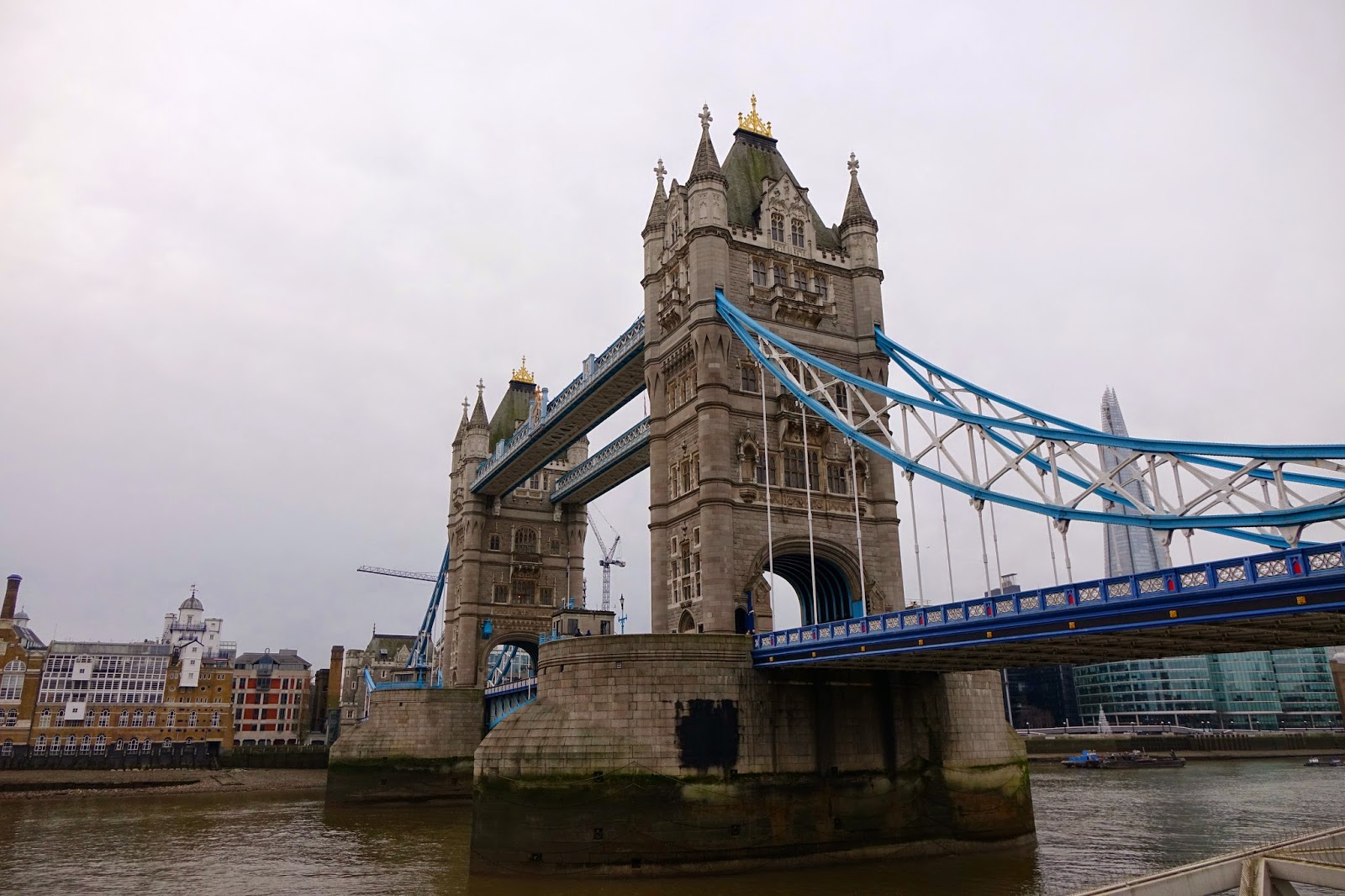 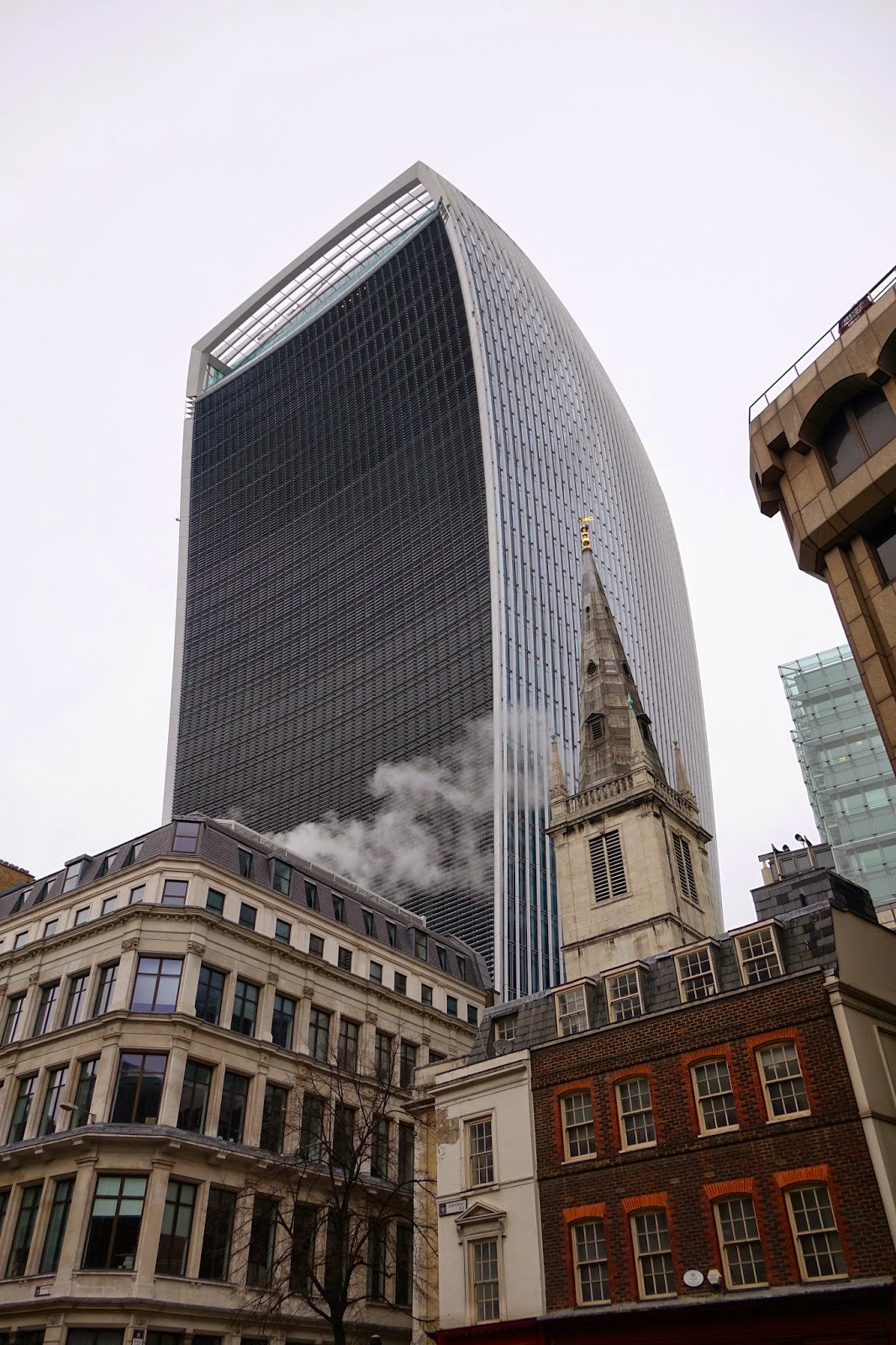 As I passed St Paul's Cathedral I glanced over towards the area of the Millennium Bridge to see literally hundreds of people walking towards it. Glad that I had visited it first on my journey I pressed on. 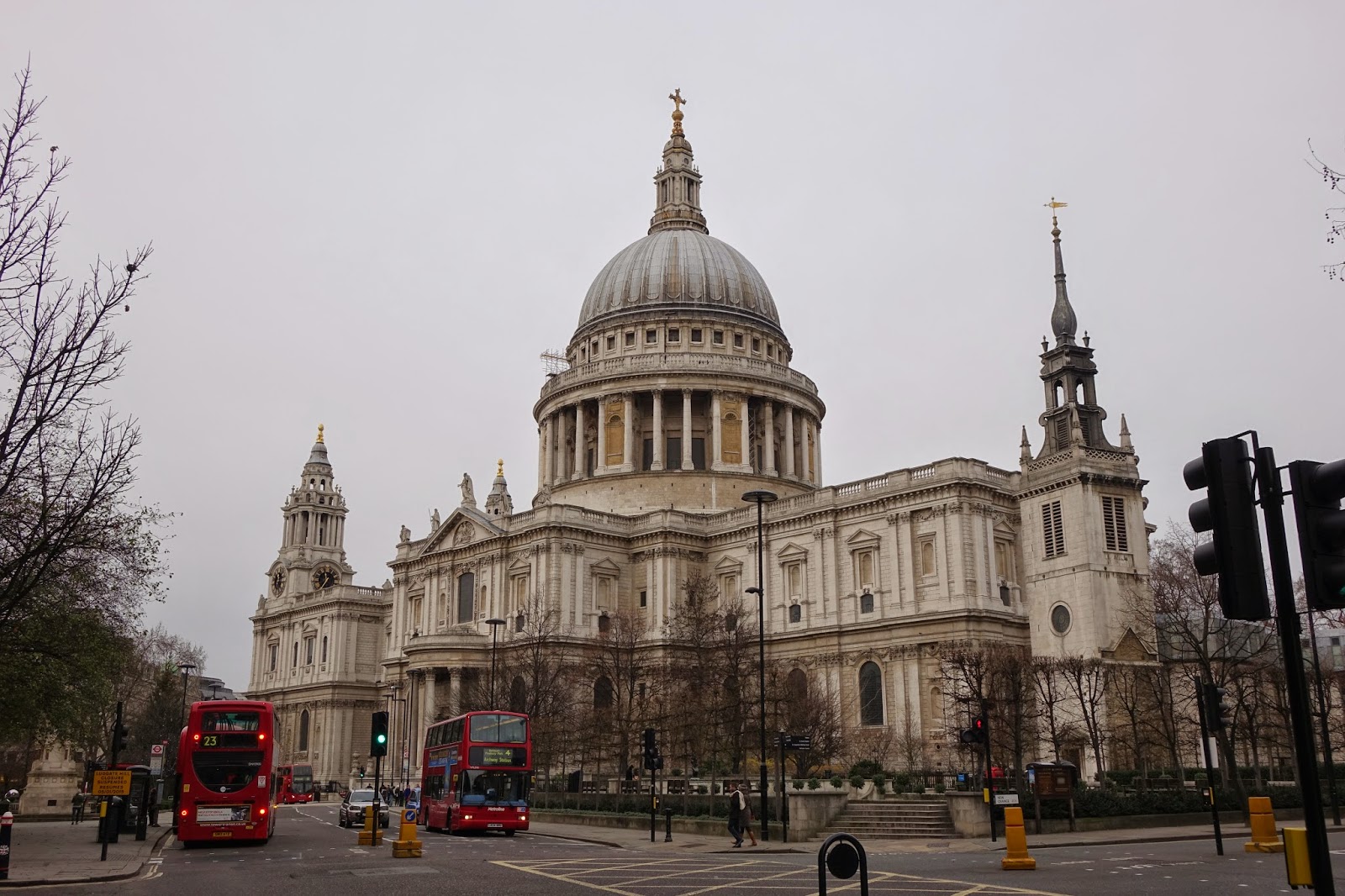 The Mall leading to Buckingham Palace was closed to traffic and I suspect this meant the changing of the guard. I haven't officially been to see this in ages but have got caught up in it unintentionally a few times. Well worth a visit and if you want a top tip, don't stand too near to Buckingham Palace. You will be able to get a much better view further down The Mall. 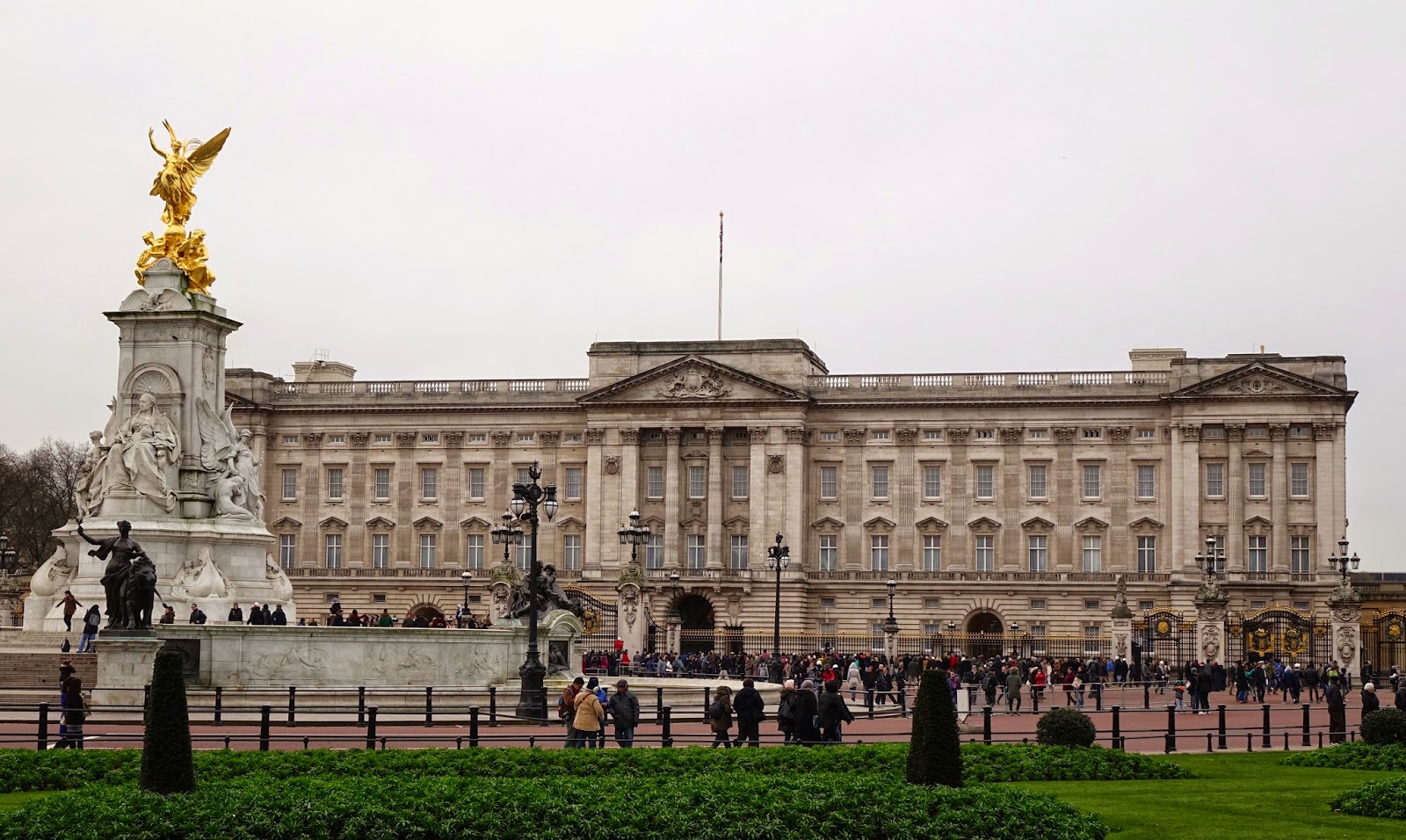 This was a good little run out and I managed getting on for almost 30 miles in total. I haven't done a solo ride like this for what seems like ages. It reminded me of the sort of thing I got up to when I first bought my Brompton. Back then I didn't know many other Bromptonians and it made me consider how things have changed.