The London Classic Number 2 on a Brompton

This weekend was always going to be a busy affair. Brighton on Saturday and Sunday was reserved for an event that strikes fear into the hearts of many a cyclist - The London Classic.

The London Classic is a bike ride where participants start at Crystal Palace, cycle over numerous cobbled sections and test their nerve on several hills. It is an homage to the Tour of Flanders but with money being raised for the Evelina Childrens Hospital it is a great charity event as well as being demanding fun.

Last year was the first time I had a go at the London Classic and loved it. As I love hills I had to do this all over again and this time I wanted my riding partner, Bumblebee to do it as well.

The meeting point was the Gipsy Hill Tavern and by the time I got there it was raining and there were  lots of riders waiting for friends and prepping their bikes. 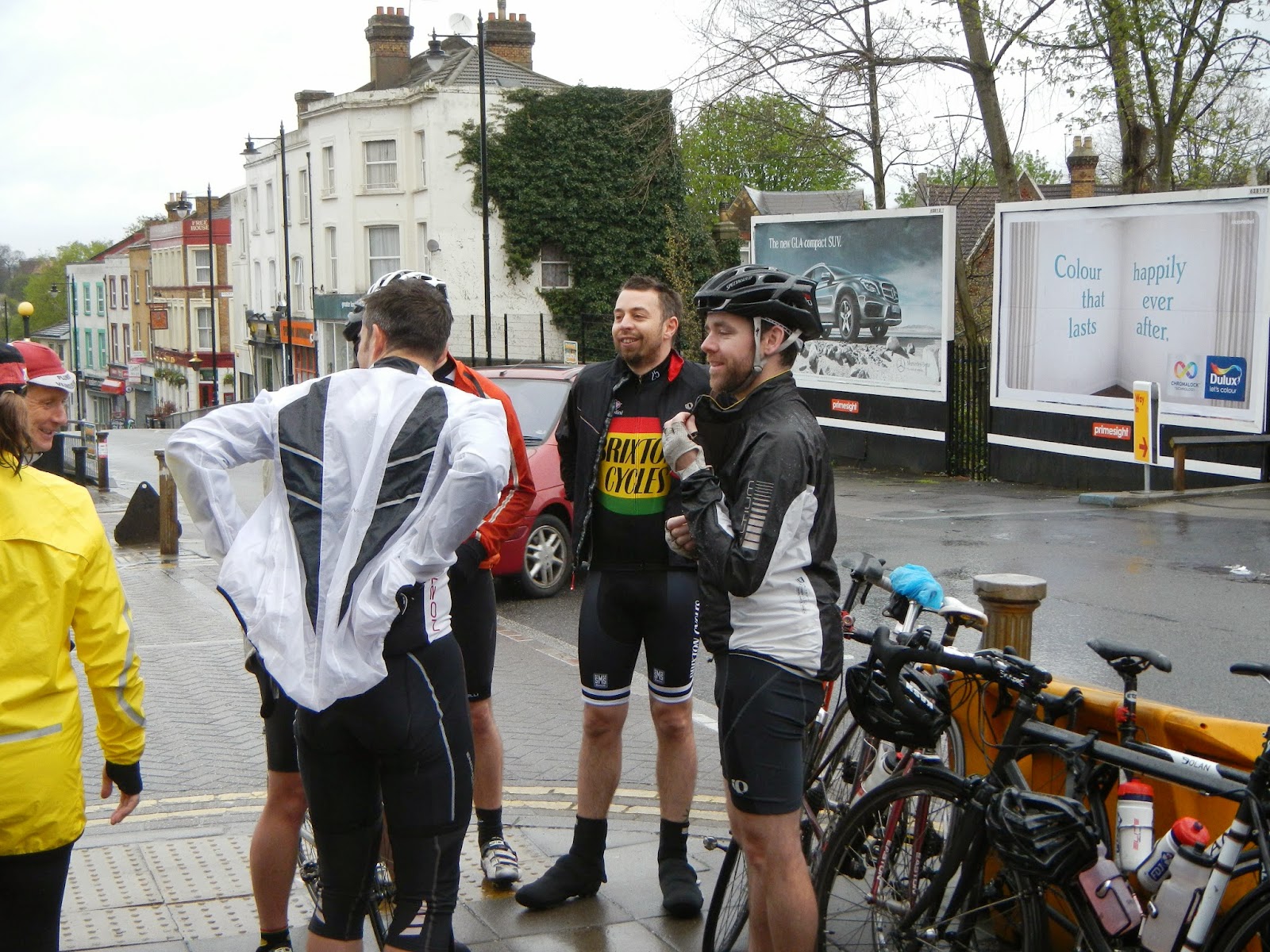 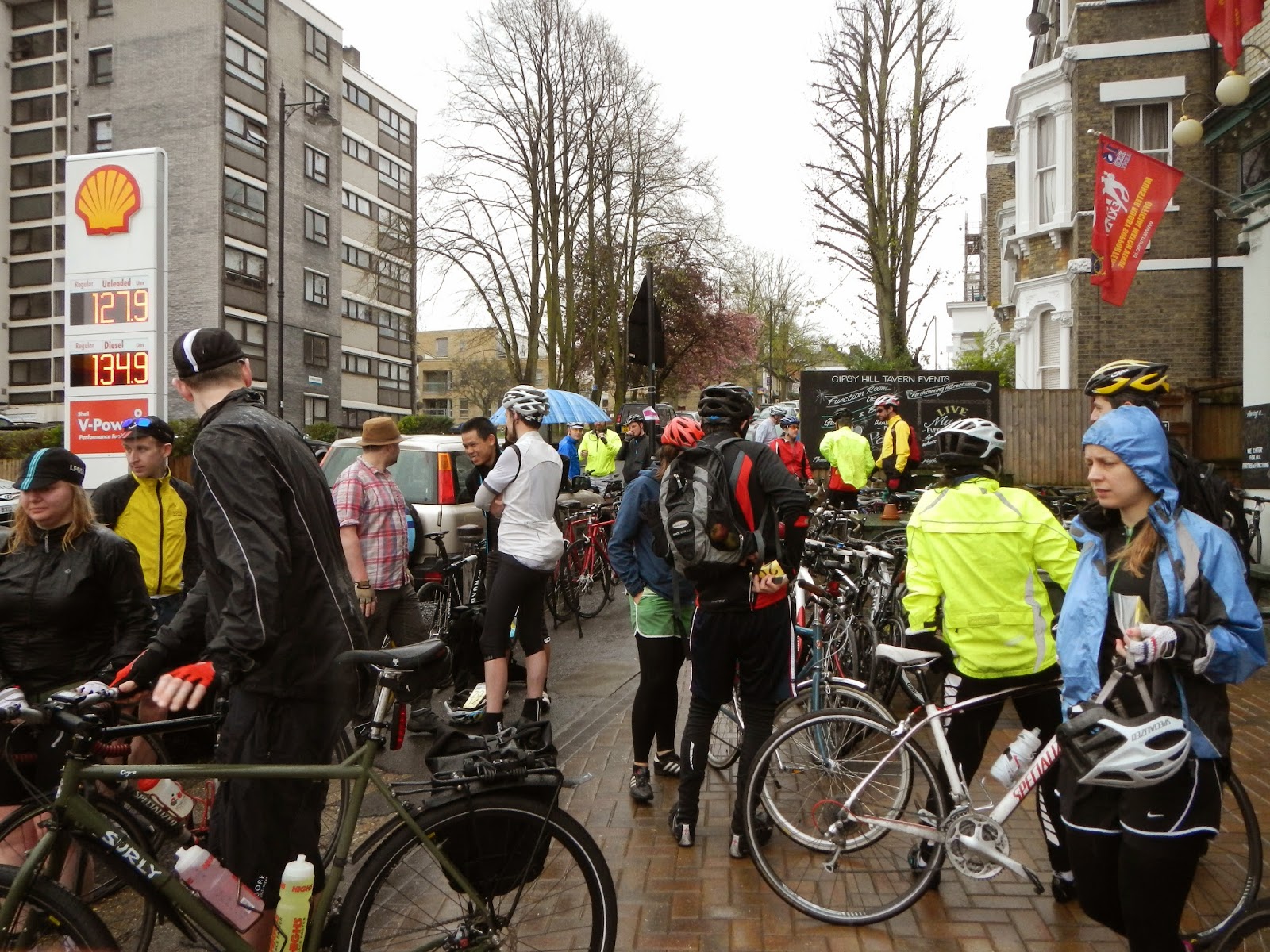 Last year I took my Titanium Orange Brompton but as it was raining I took my beloved Original Orange Brompton. The riders on Brompton bicycles were Mark, David, Anne, Chris, Andrew and myself. I was really pleased that Andrew had decided to come as he seemed a little reluctant as we boarded the train home from Brighton. By the time we reached London he was in. 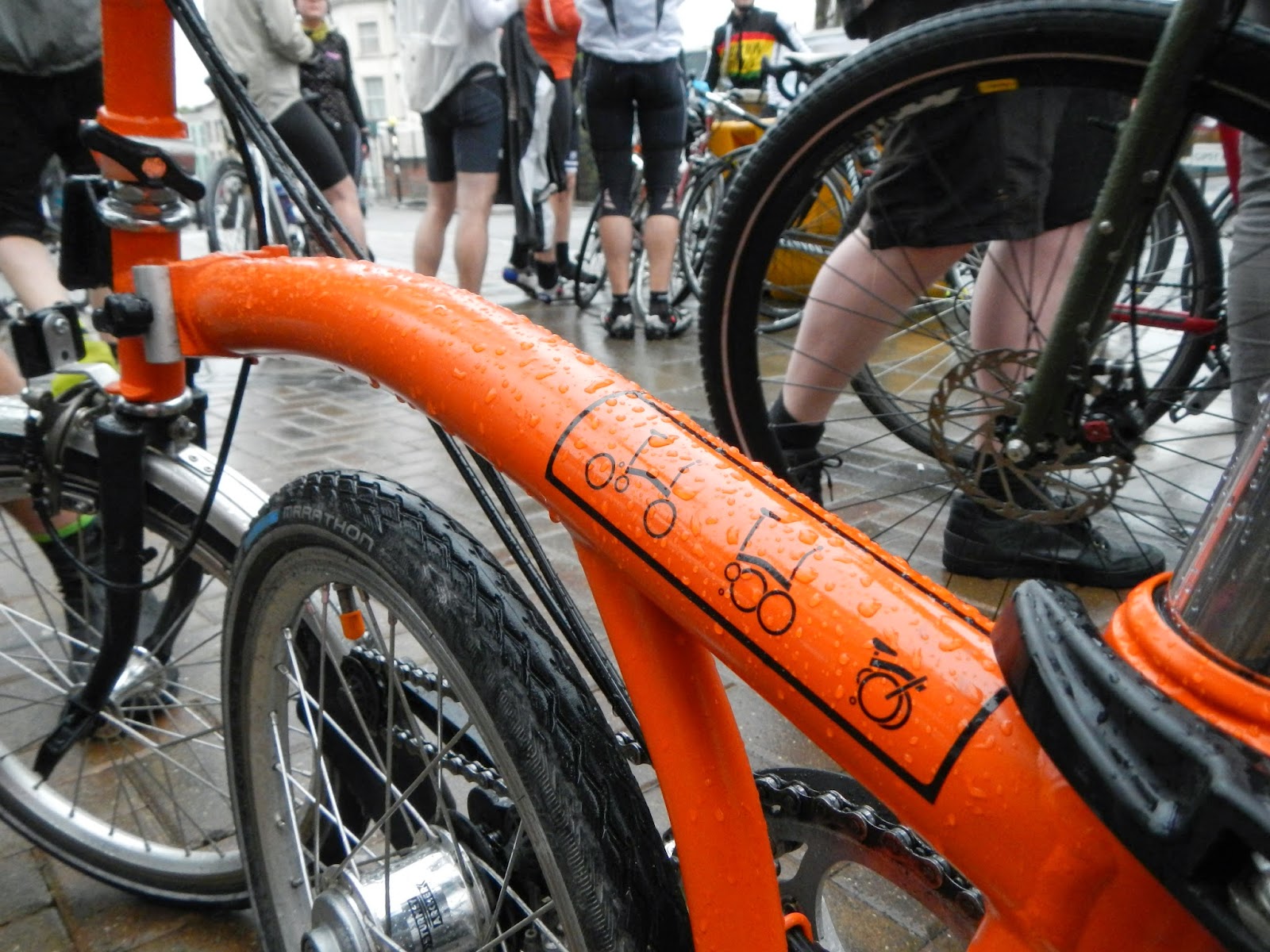 The Classic attracts lots of different cyclists. As far as I was aware we were the only Brompton riders but there were roadies, fixies, mountain bikers and even a cargo bicycle. 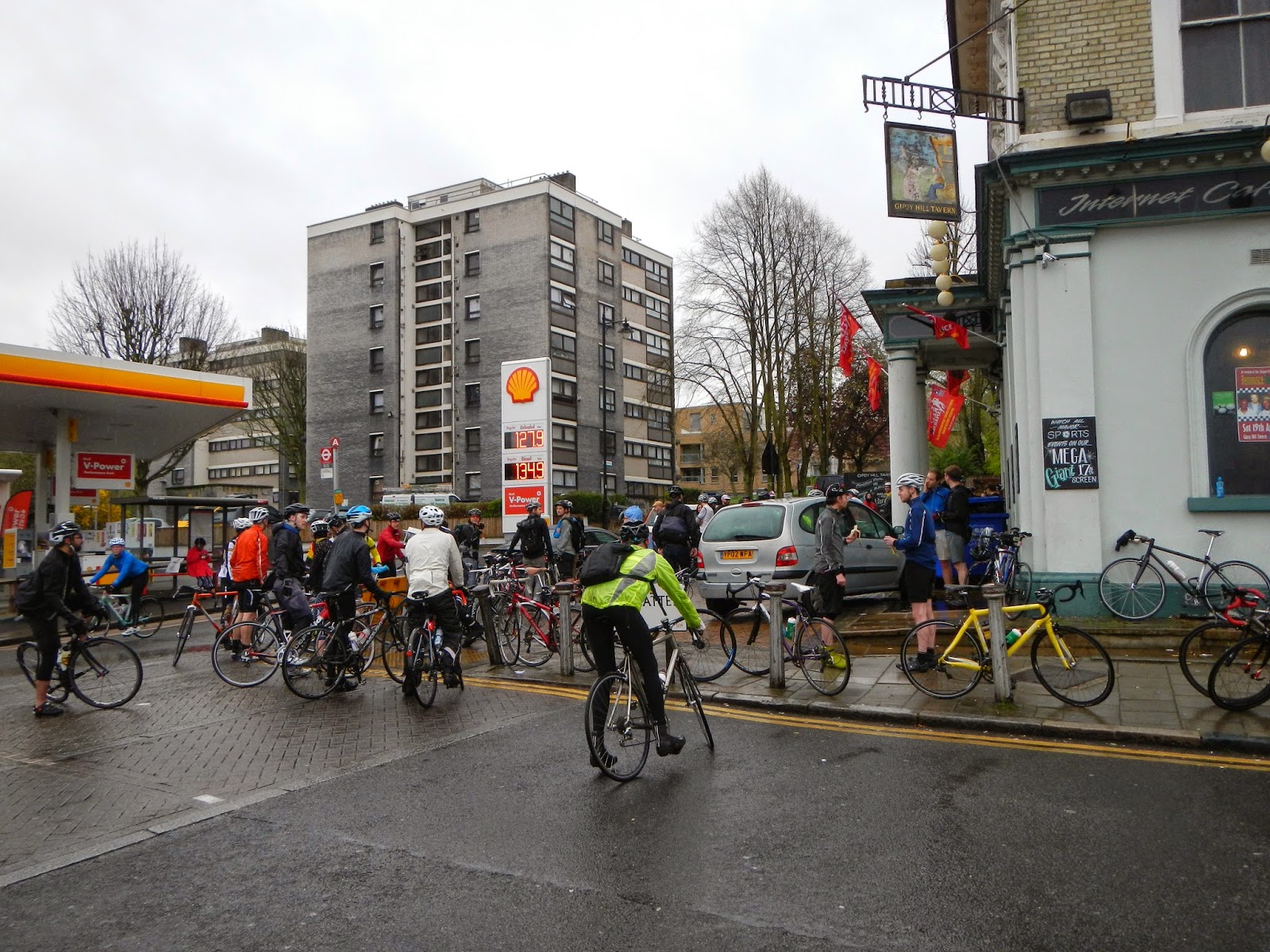 With a few last adjustments we were off into a mild drizzle which surely caused us to think ahead about the prospect of negotiating the cobbles in the wet!! 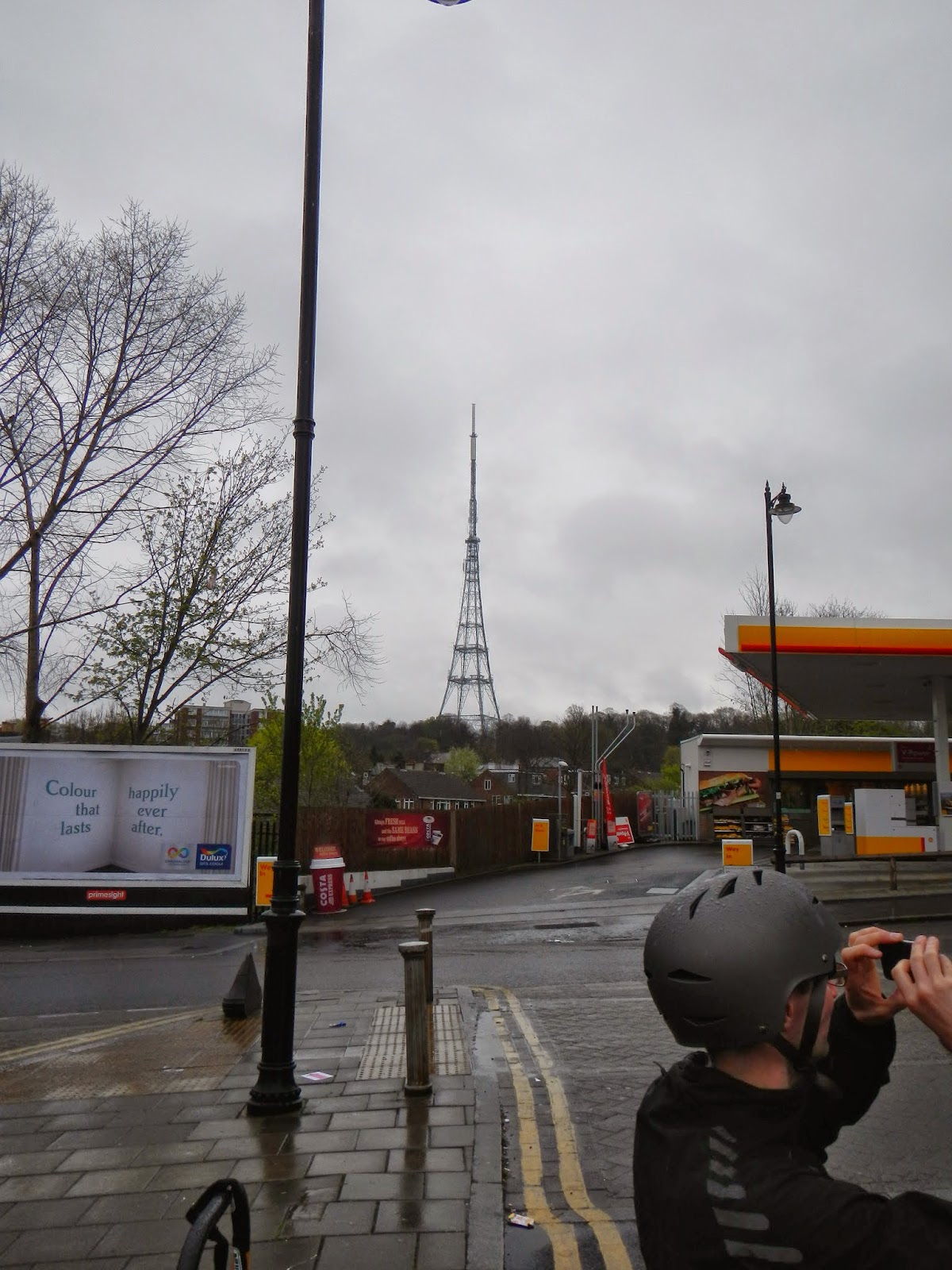 The first part of the route was flat and took us through central London. There were lots of tight bends and plenty of cobbles to cycle over gingerly! 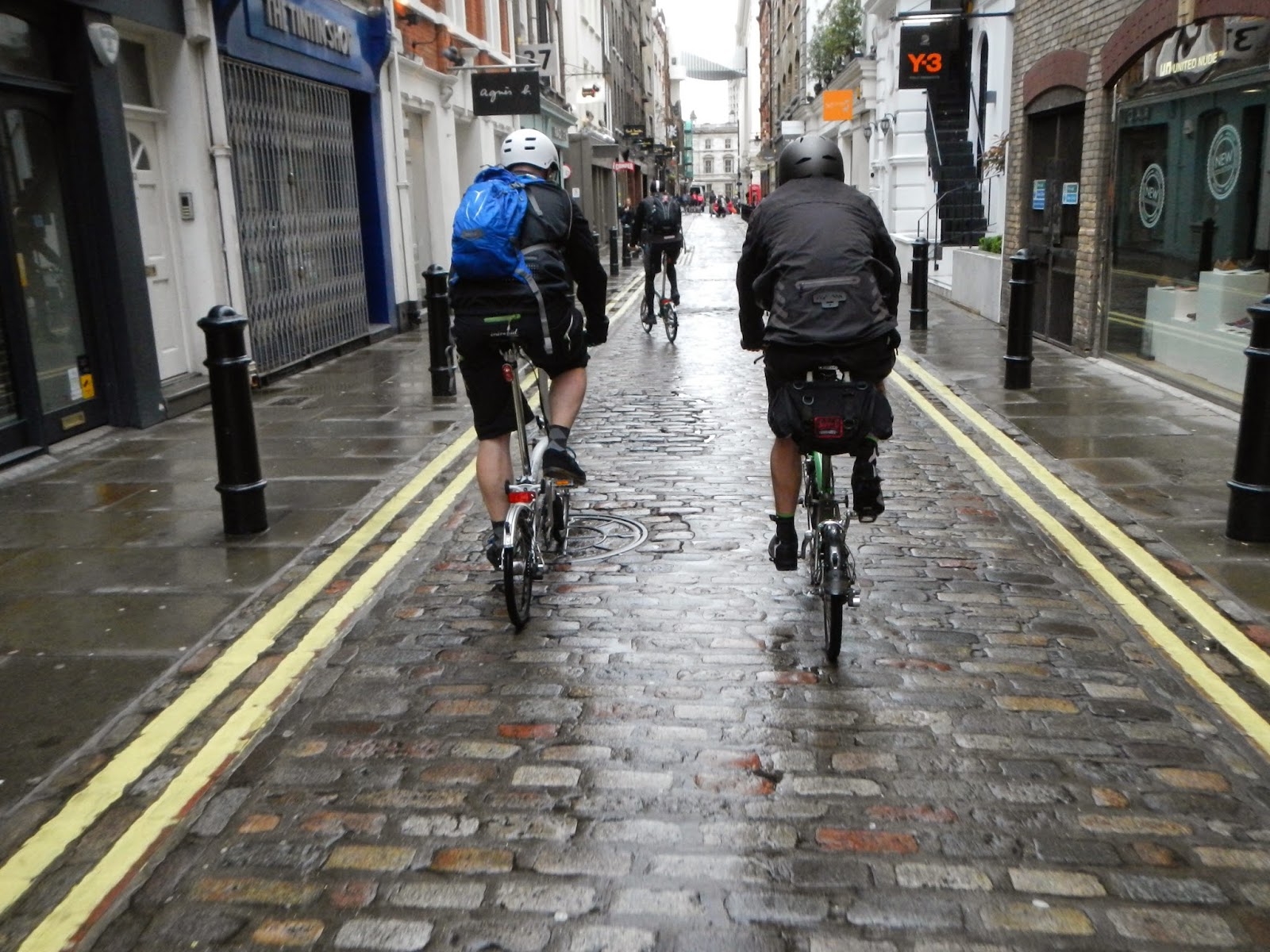 'Look Mum No Hands' a brilliant cycle cafe in the heart of London provided a stop point before heading off again. 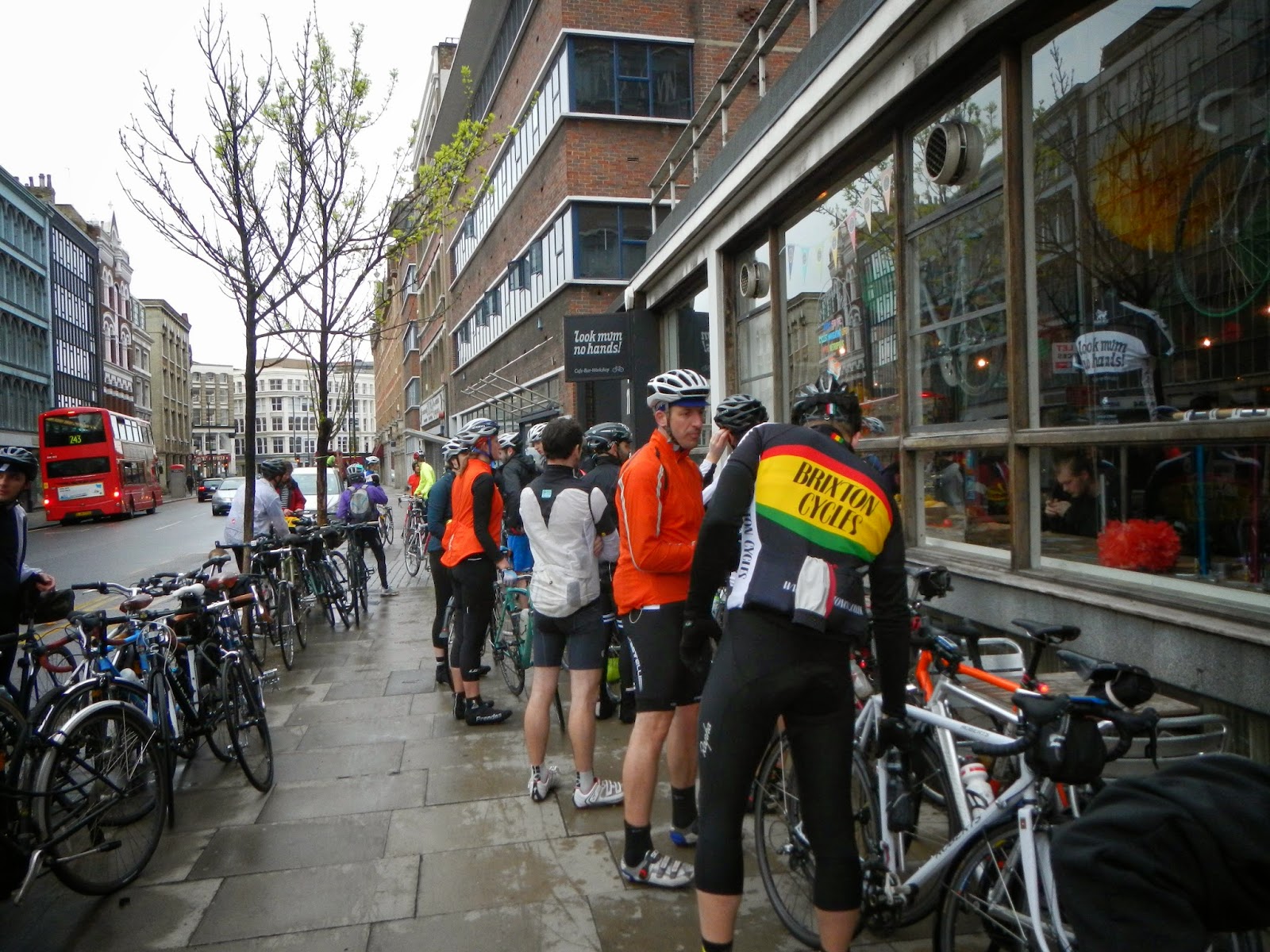 David set a great pace and soon we found ourselves cycling over Tower Bridge and across the river Thames. 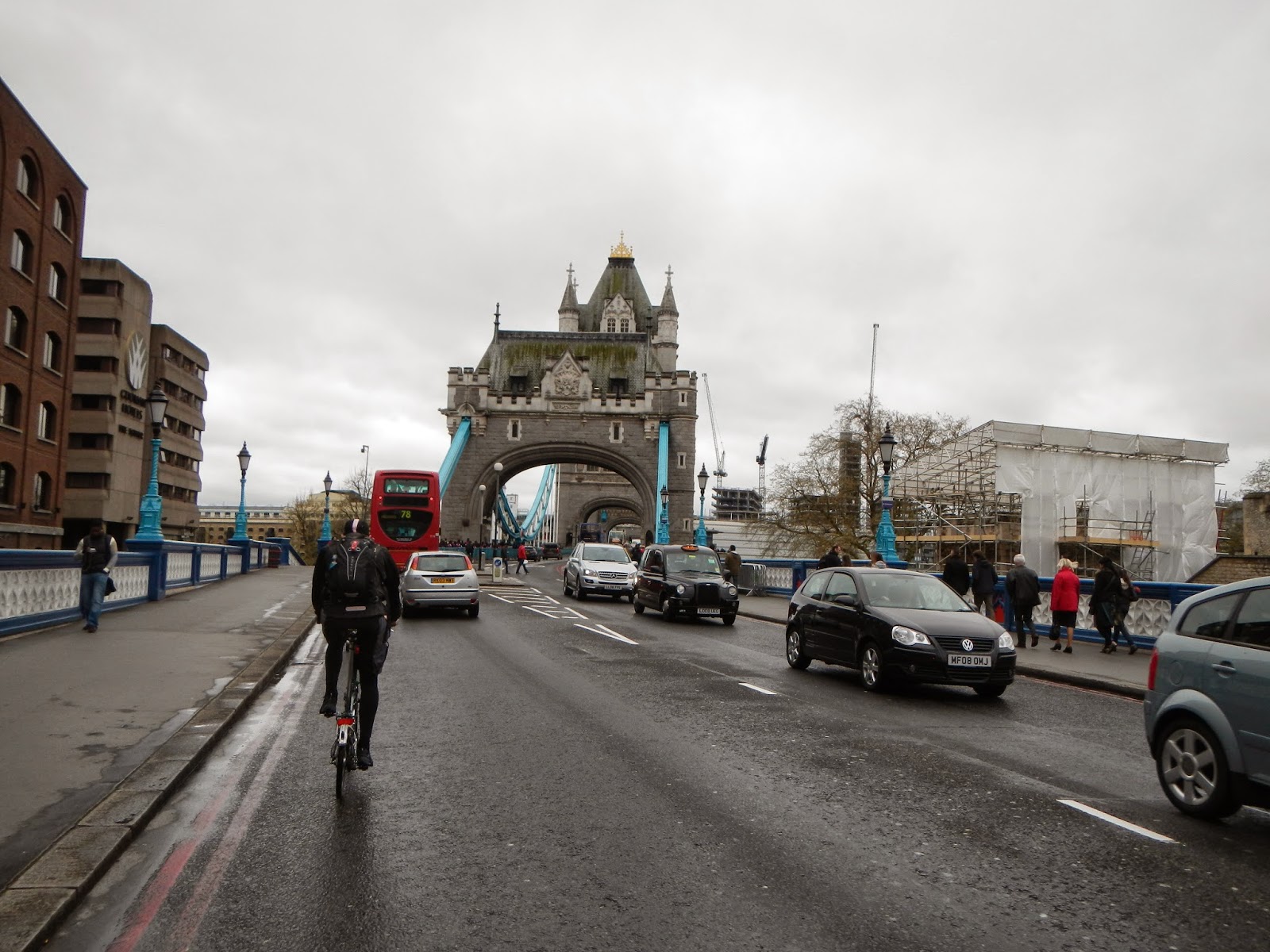 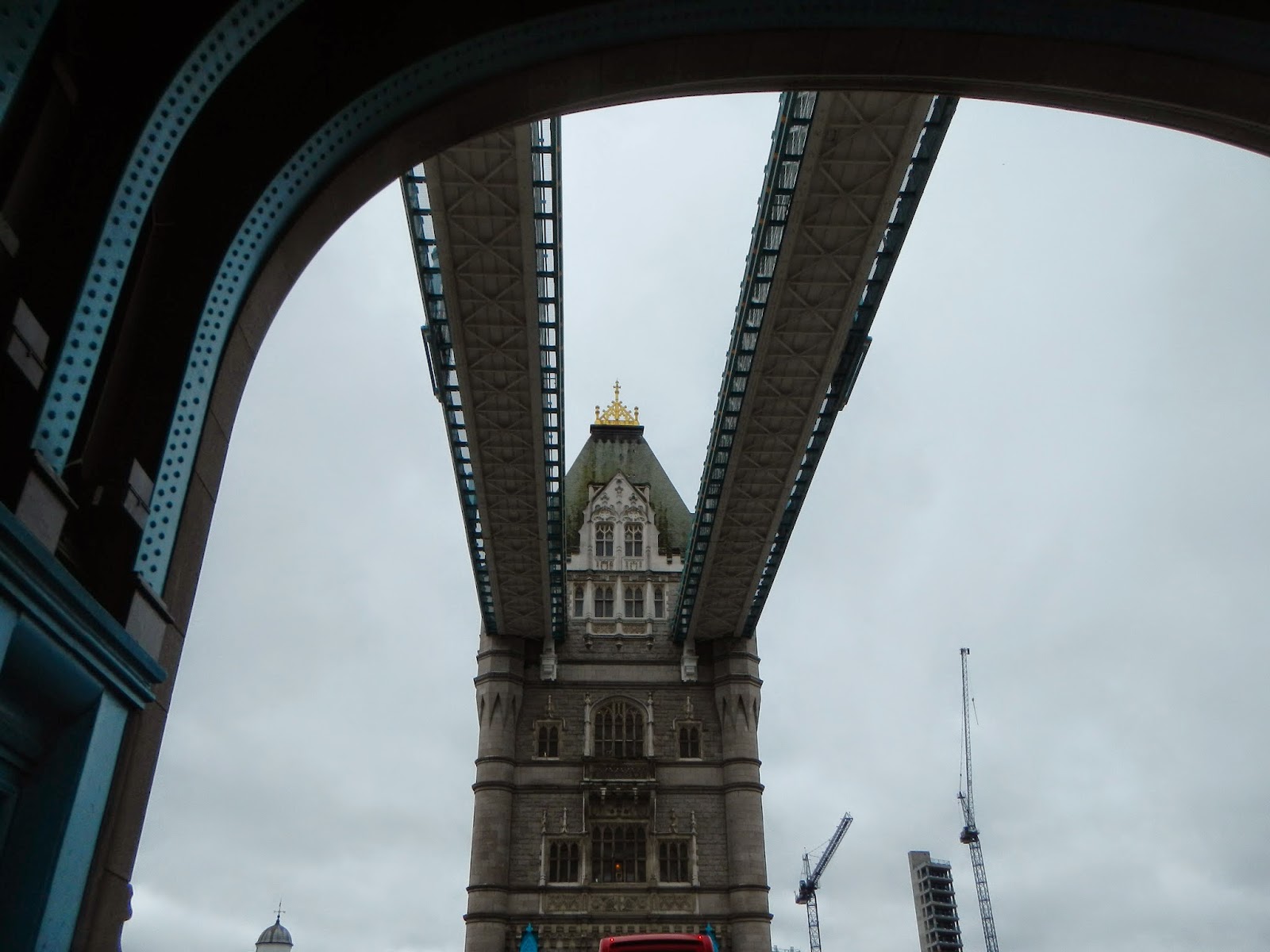 Many of London's streets are narrow and the addition of wet, cobbles and hairpin turns added to the levels of concentration. 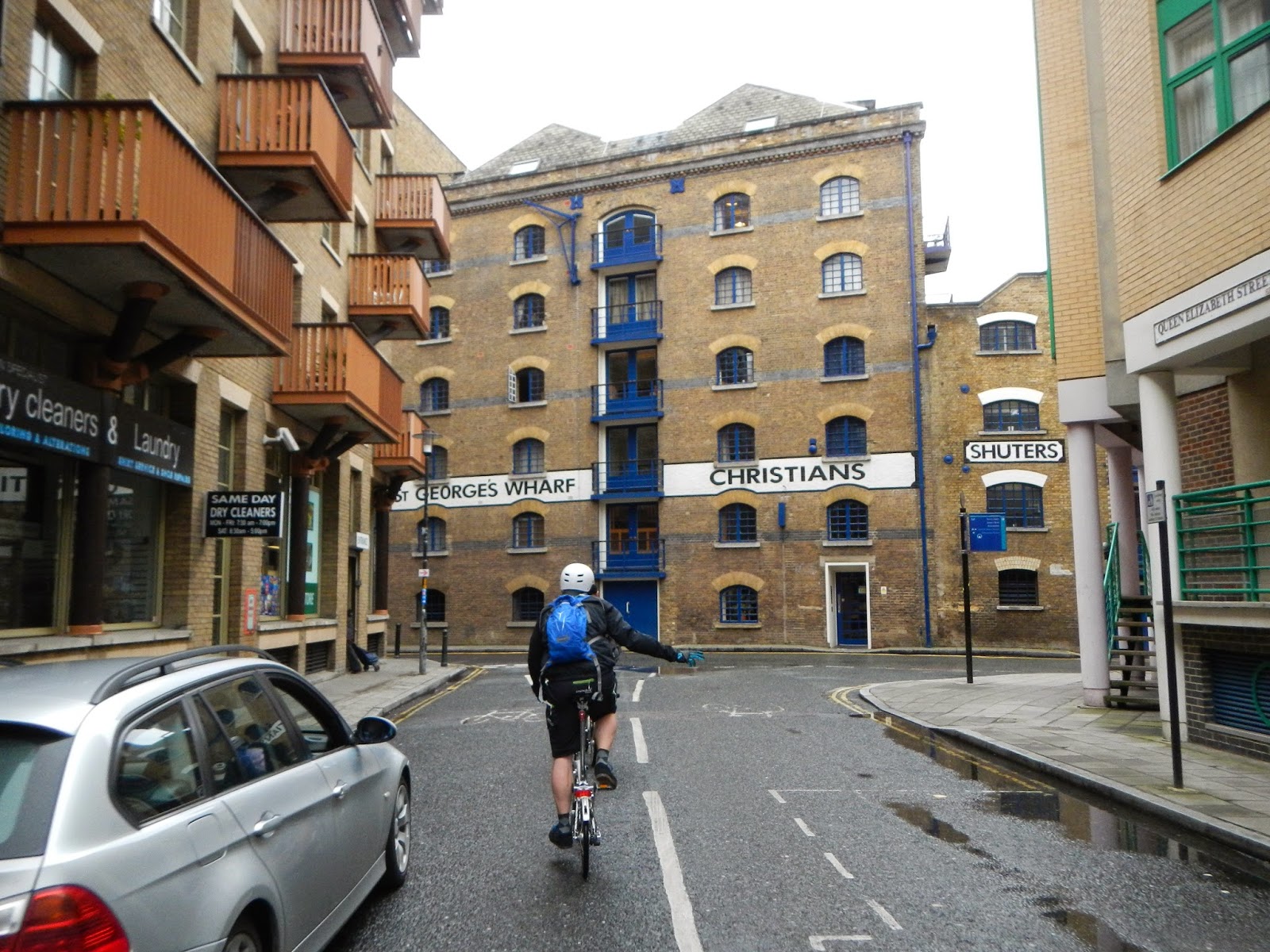 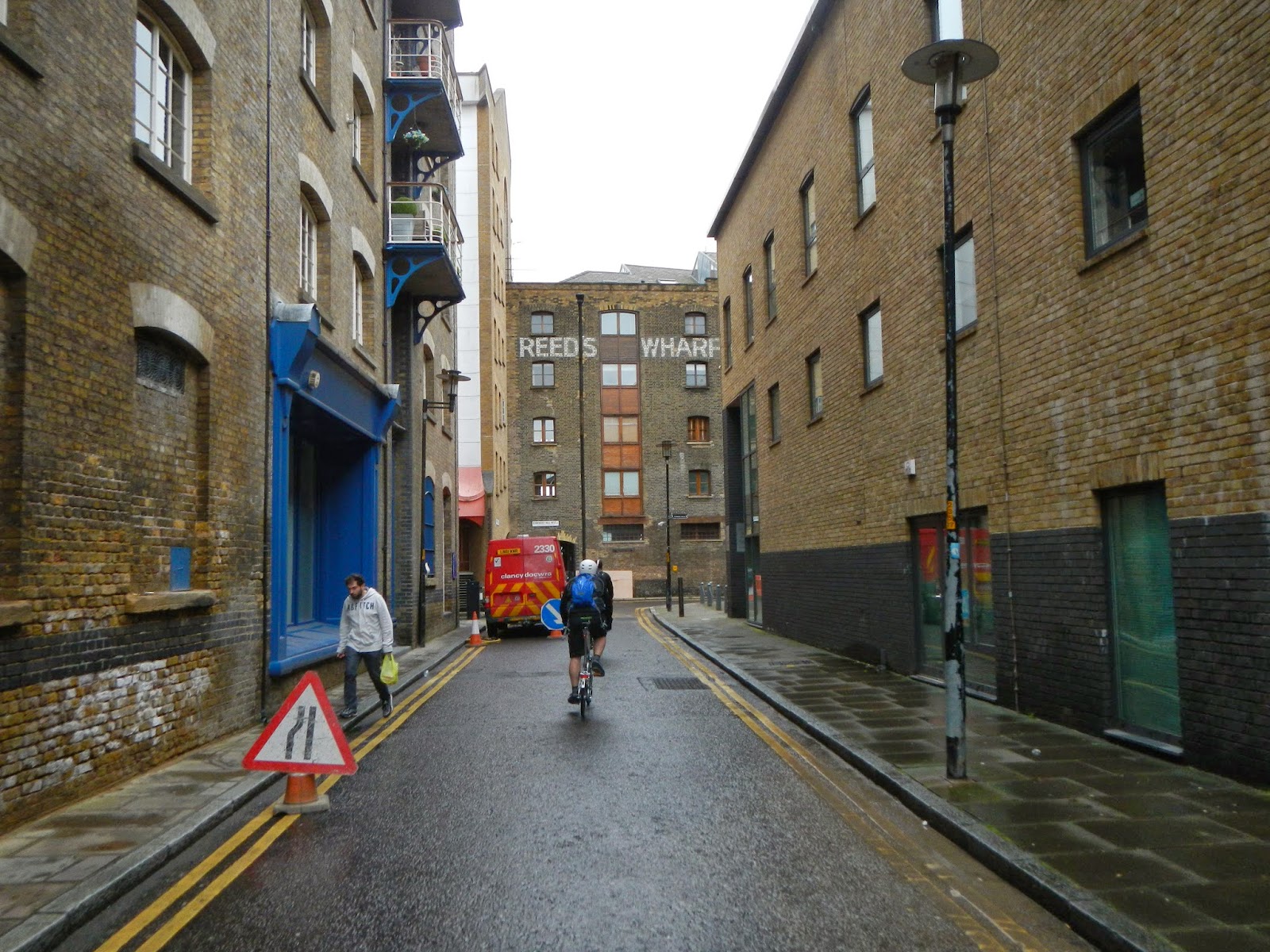 As we cycled along the rain gradually subsided and I was staring to warm up in my waterproof jacket. The views were pretty good but the only time we had to enjoy them were on brief water stops. This was a good thing as I am no fan of hanging around for the sake of it. 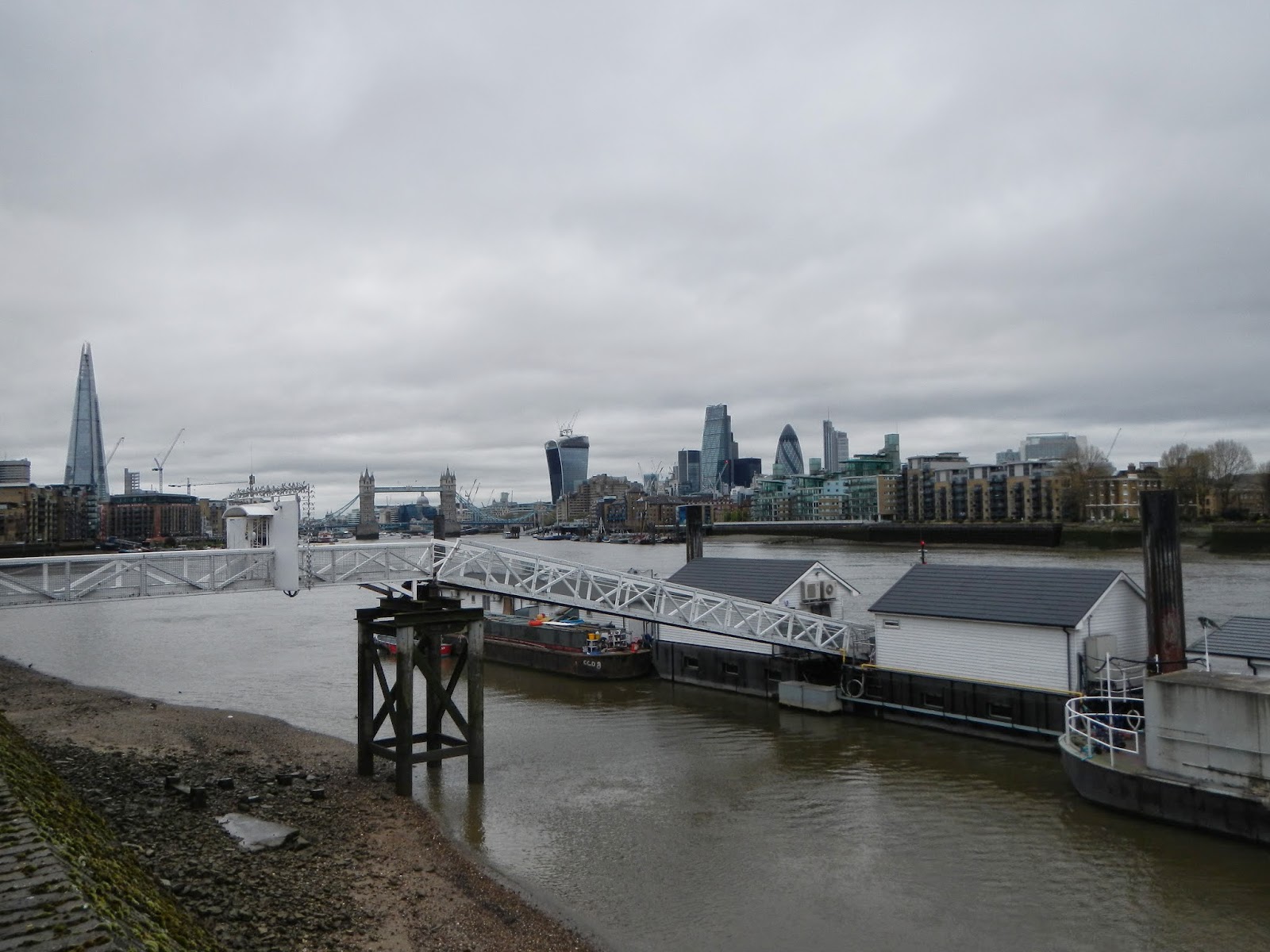 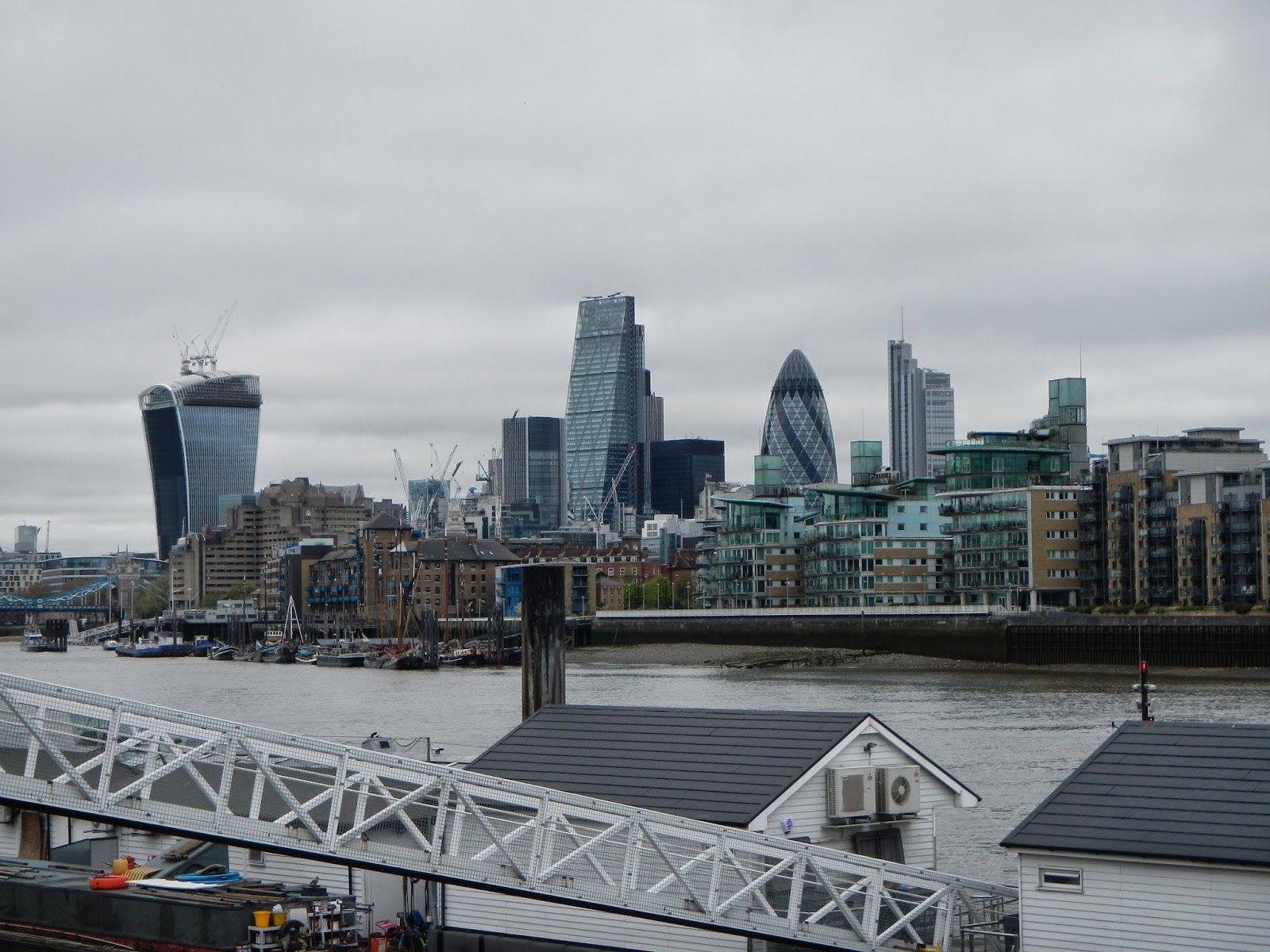 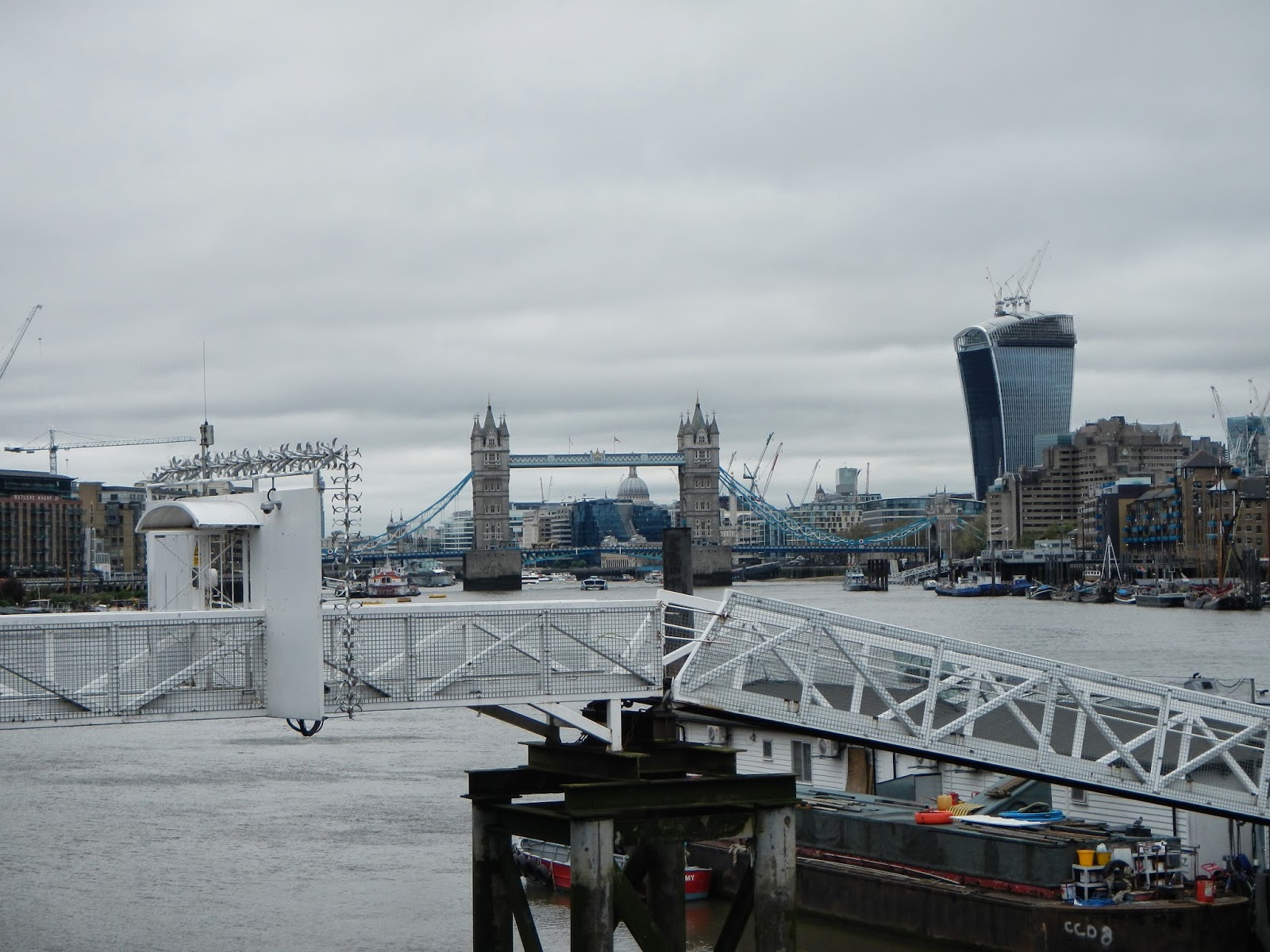 Heading towards Greenwich there were a few sharp inclines but the dreaded hills were yet to come. Just before the lung busters we all took off various layers. In the desire for carrying as little as possible I had to resort to threading my waterproof jacket through the frame of my saddle. Luckily it worked well. 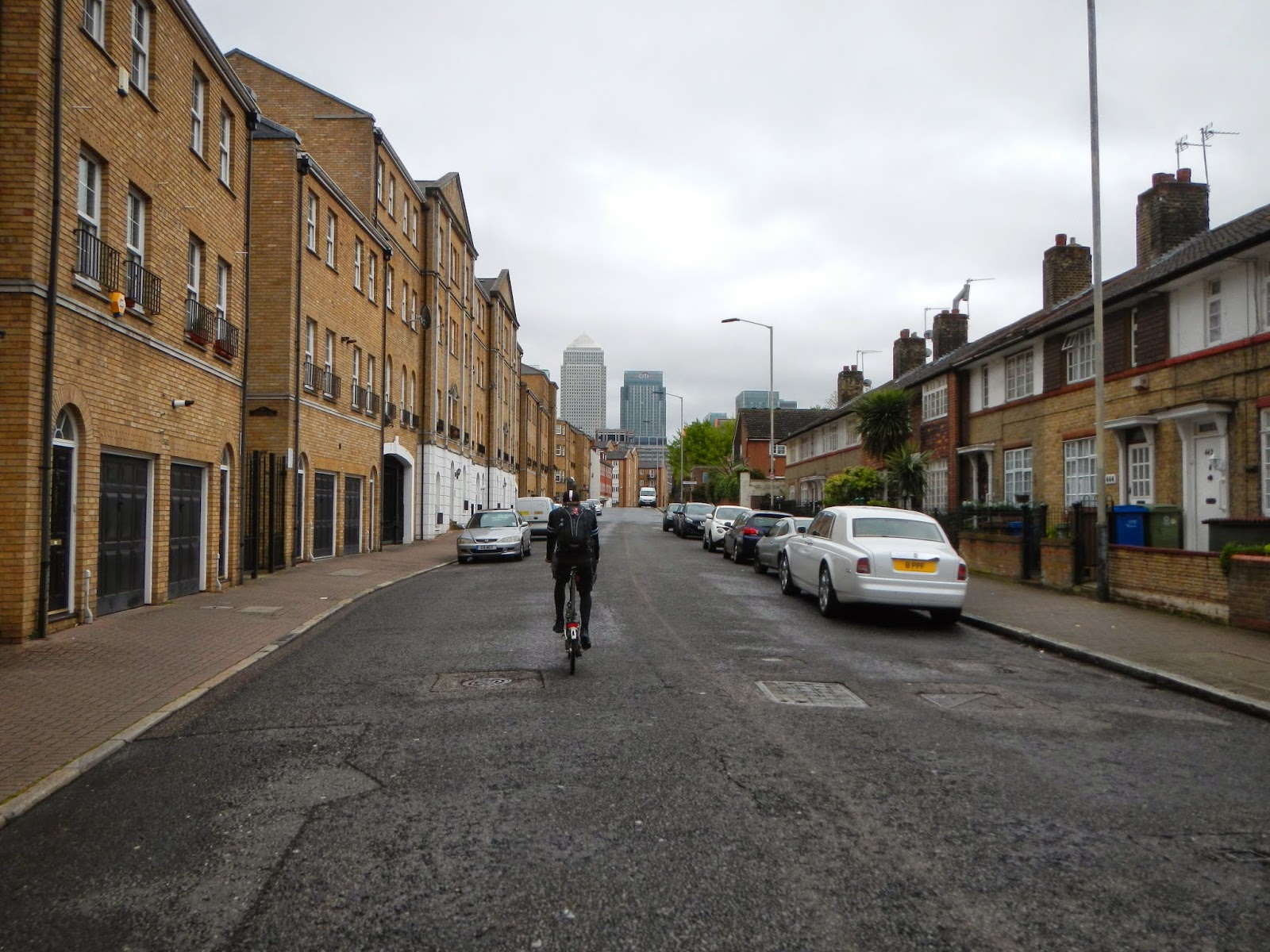 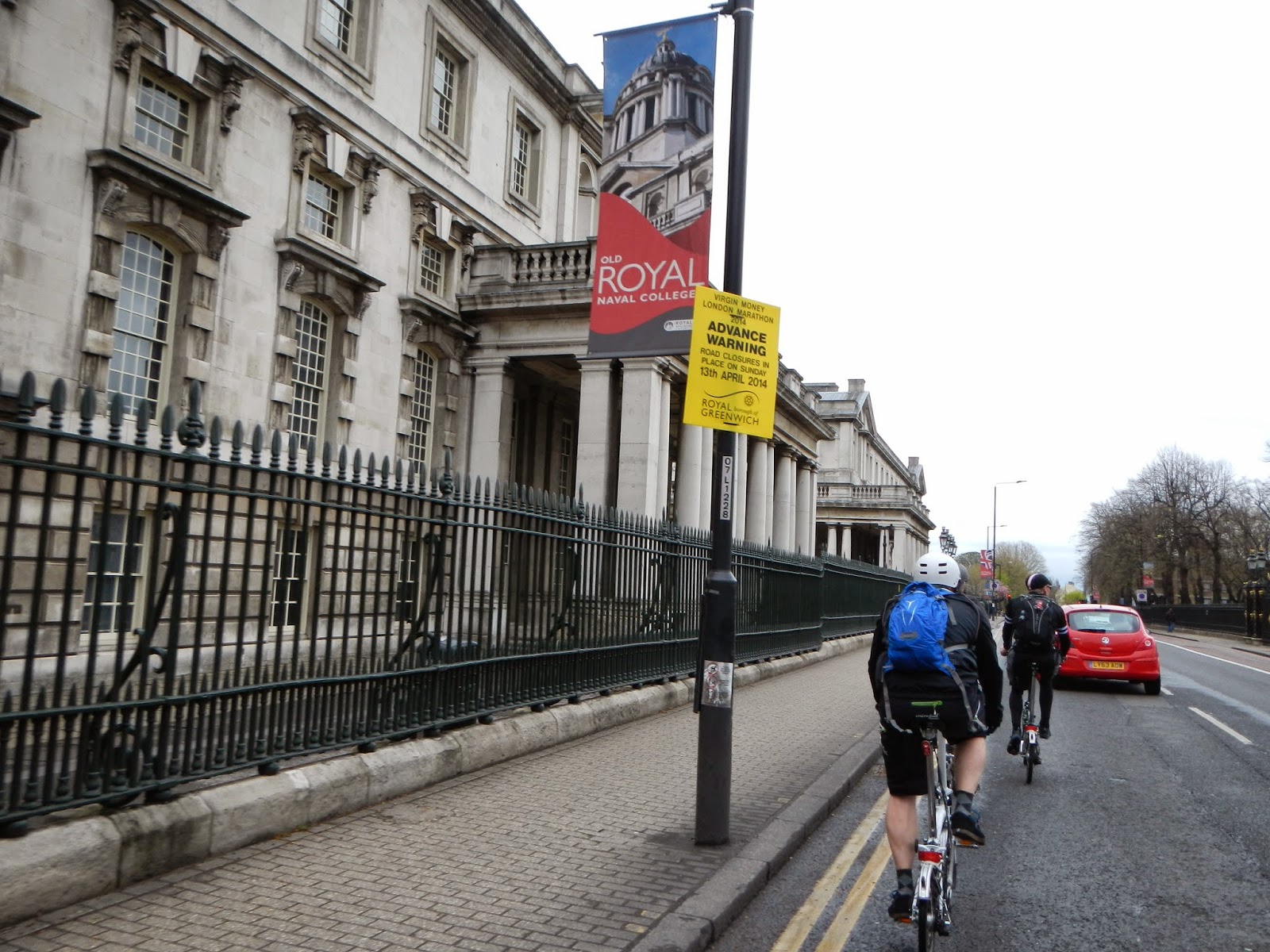 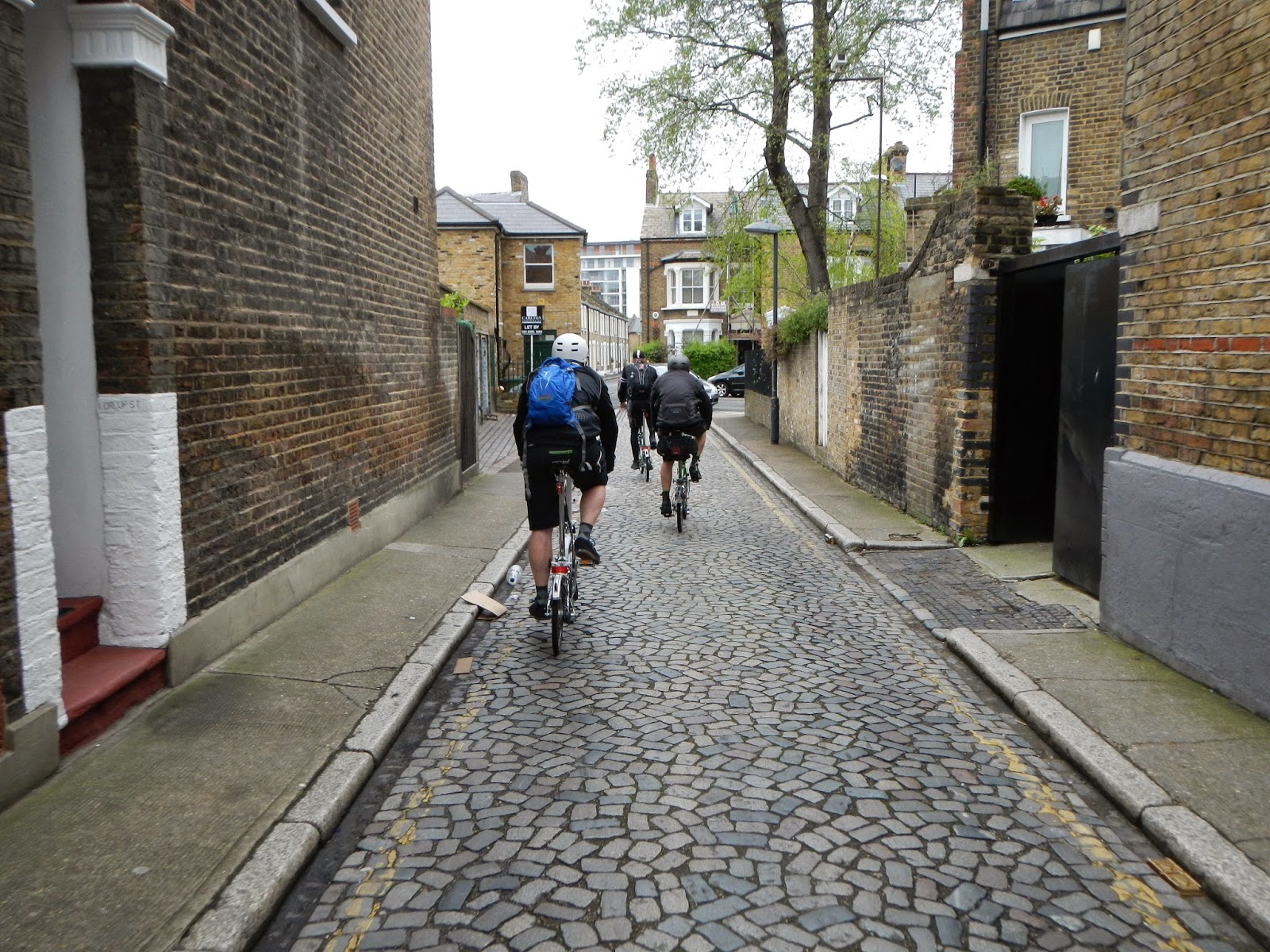 Some of the streets were like a time warp and you could almost picture what they might have been like during the Victorian era. That is the thing about London. So much of it has a history and scratch the surface and you can always find out something of interest that went on in the past. 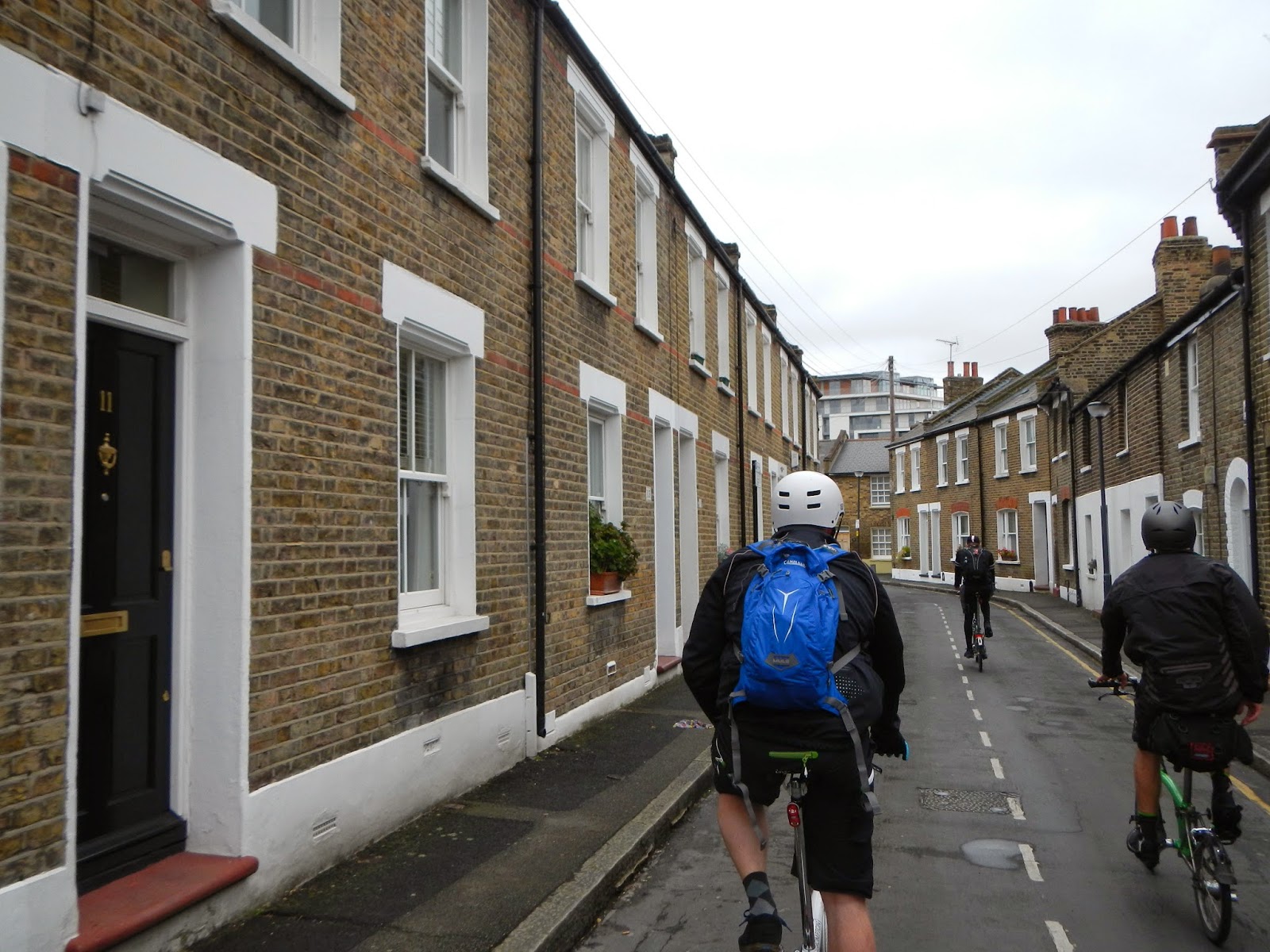 Maze Hill provided our first lung buster. It wasn't too bad and I think we all got up this one unscathed. 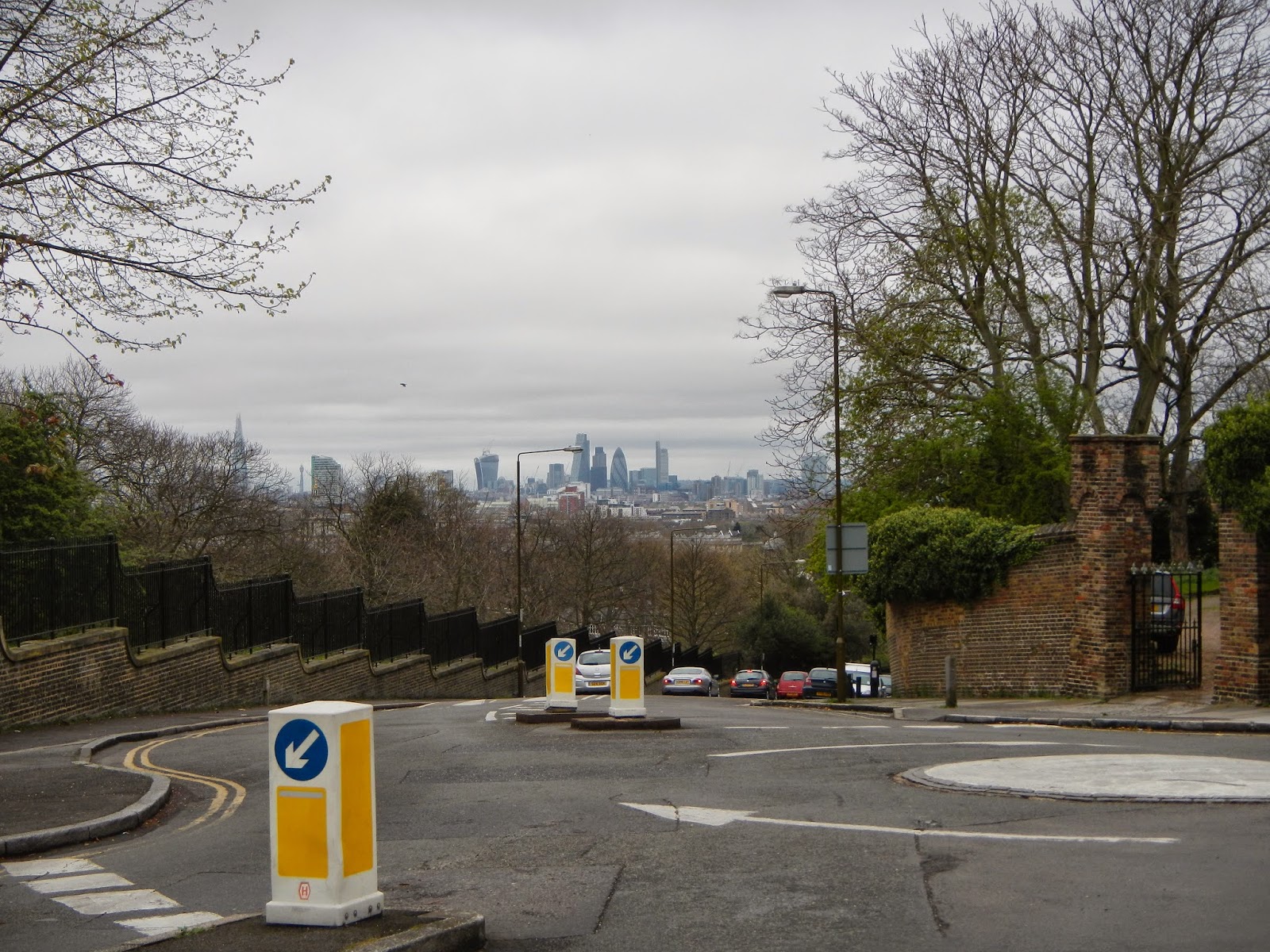 Along Blackheath Road I spotted the most interring of cars with a very appropriate number plate. 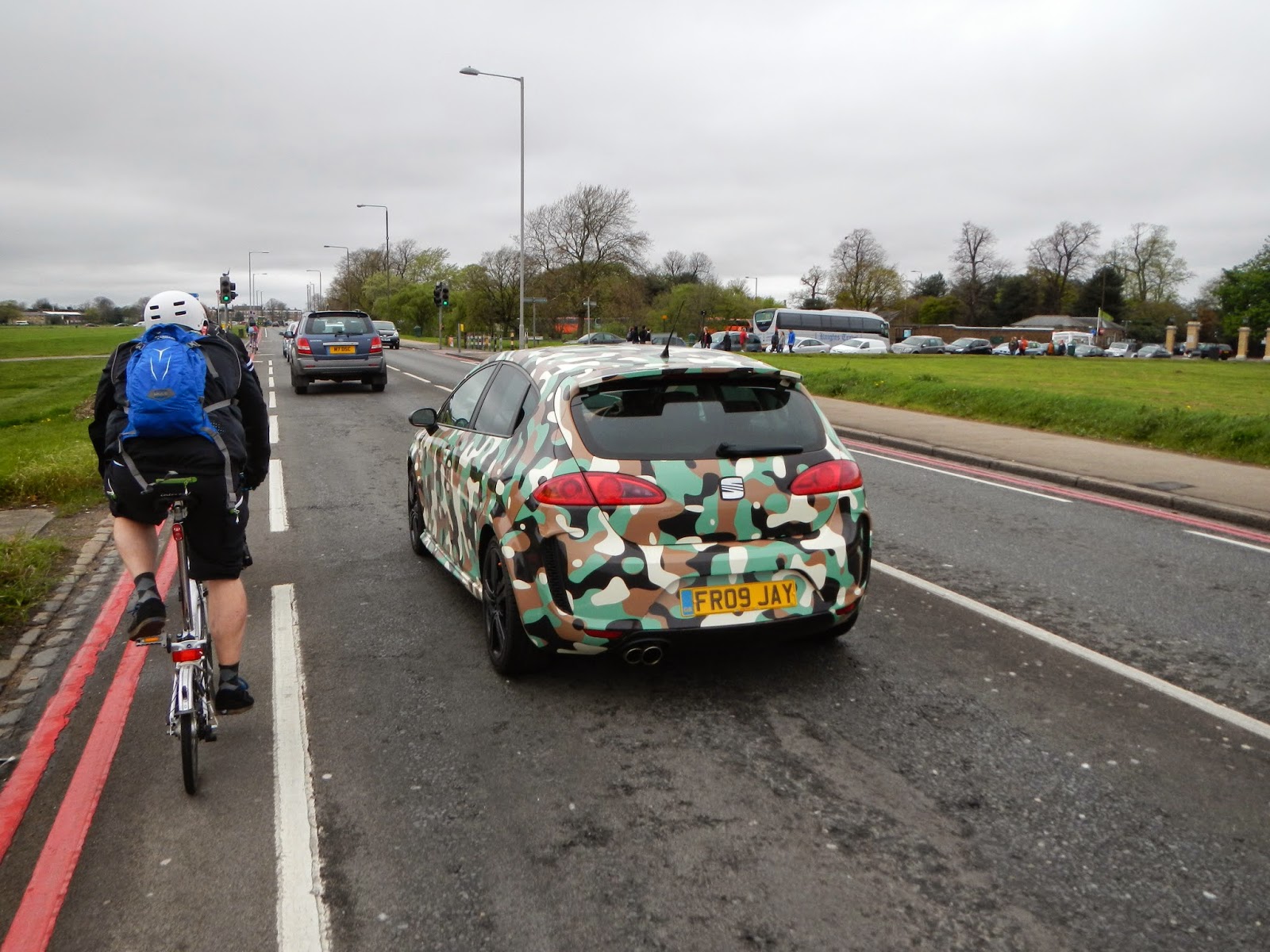 I am not sure which hill the picture below is but I do remember that last year I must have got two-thirds up before putting a foot down. It is a considerable distance and very steep. I was determined that it wouldn't get the better of me this time. 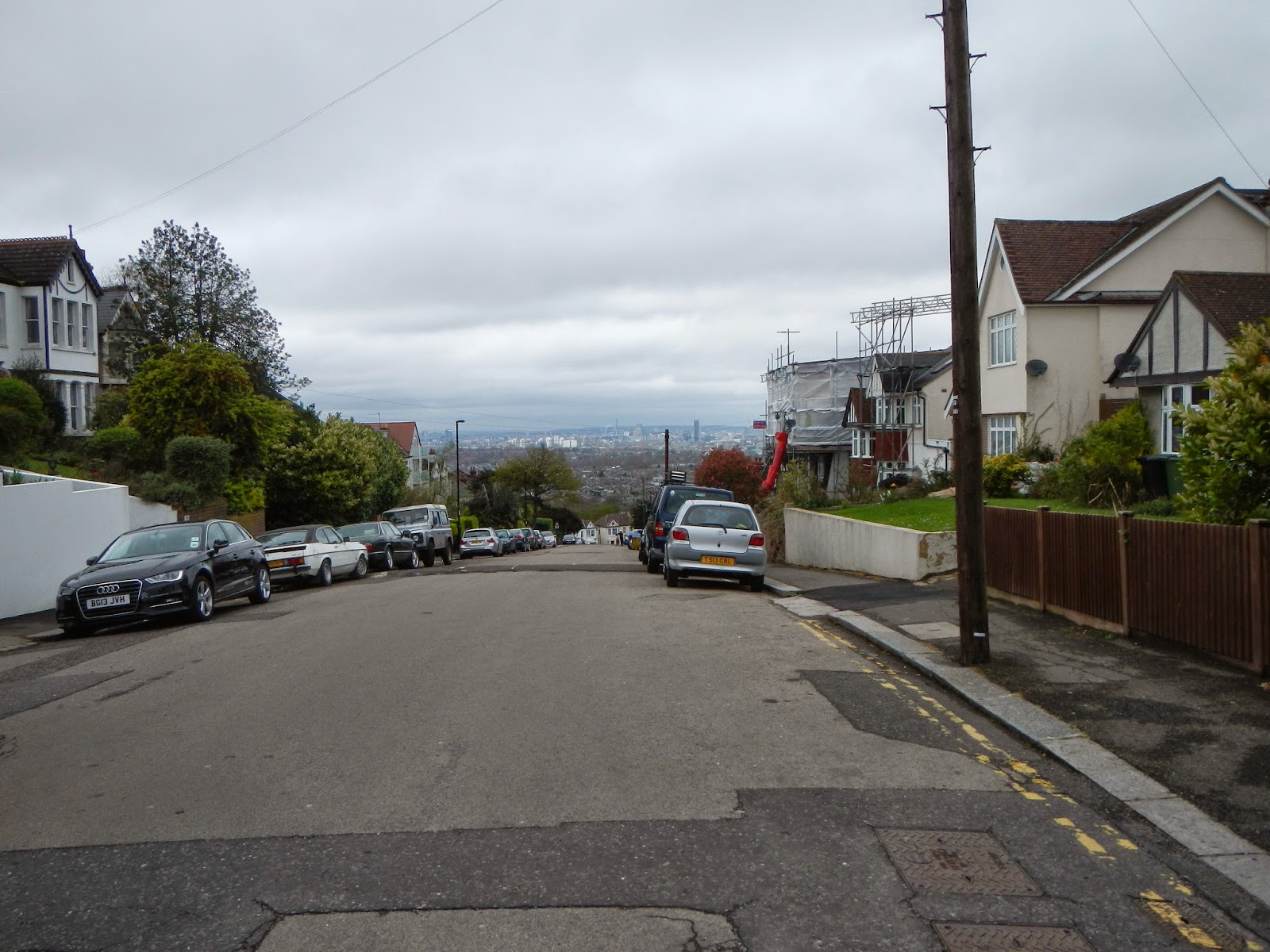 At almost the exact same spot I decided to pedal out of my saddle as I had bottomed out on my gears. Stupidly thinking that this gear would be too easy to pedal with my body weight when standing I changed gear. It was almost the downfall of me as I soon discovered pedalling was now impossible. I swiftly changed back and pedalled hard to get going and recovered and was able to pedal on until I could sit down again and power forward. I had done it. I knew that if I could best this hill the rest would be easy by comparison.

David, Mark, closely followed by Chris and myself made it up in one piece. Anne got almost to the top before walking. Andrew was doing really well and taking the hill at his pace under his terms. 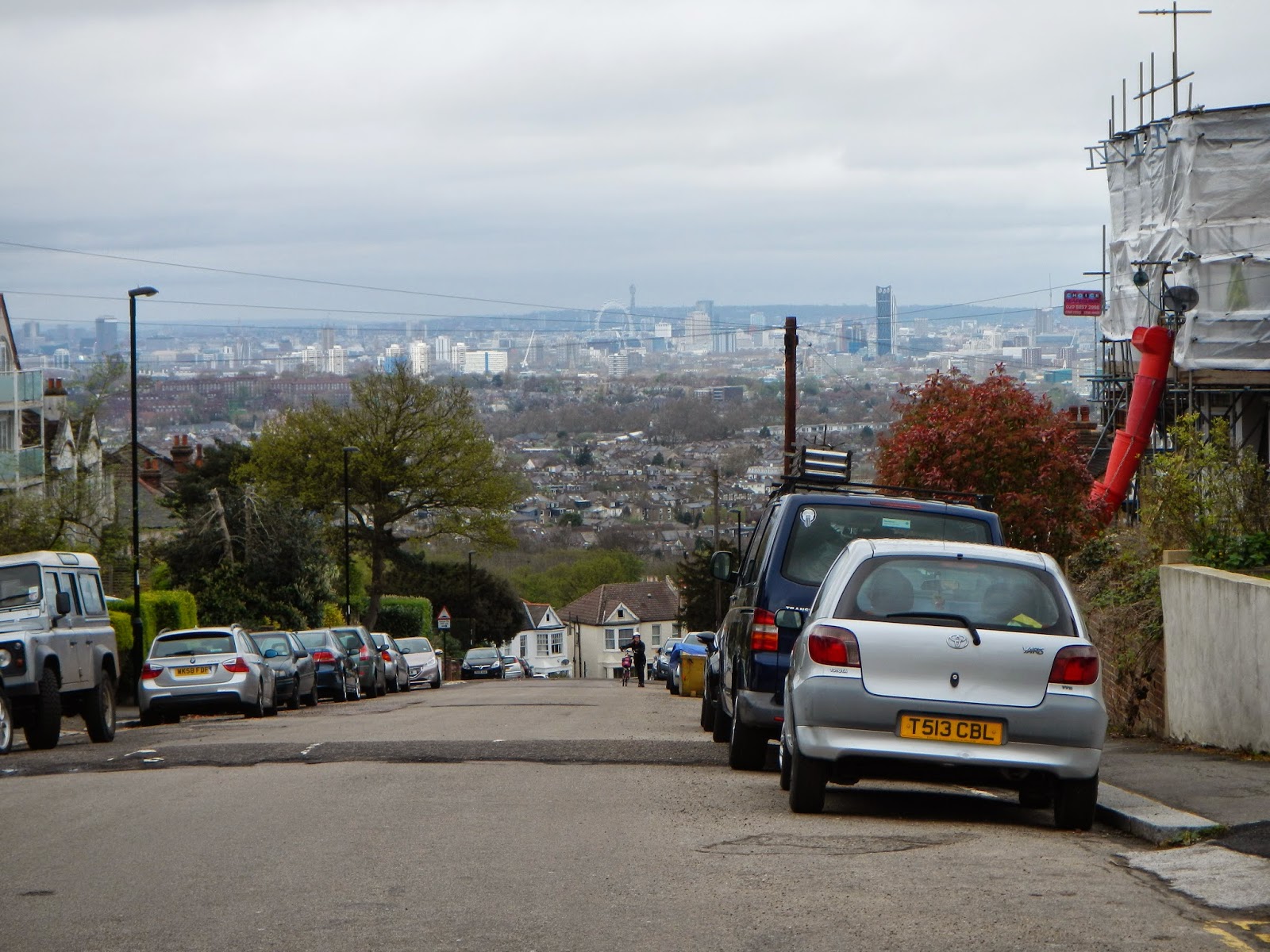 The remaining hills were as demanding and the London Classic's reputation as a tough event was again realised! With a few miles left and the demands of the hills conquered we headed for the Gipsy Hill Tavern. 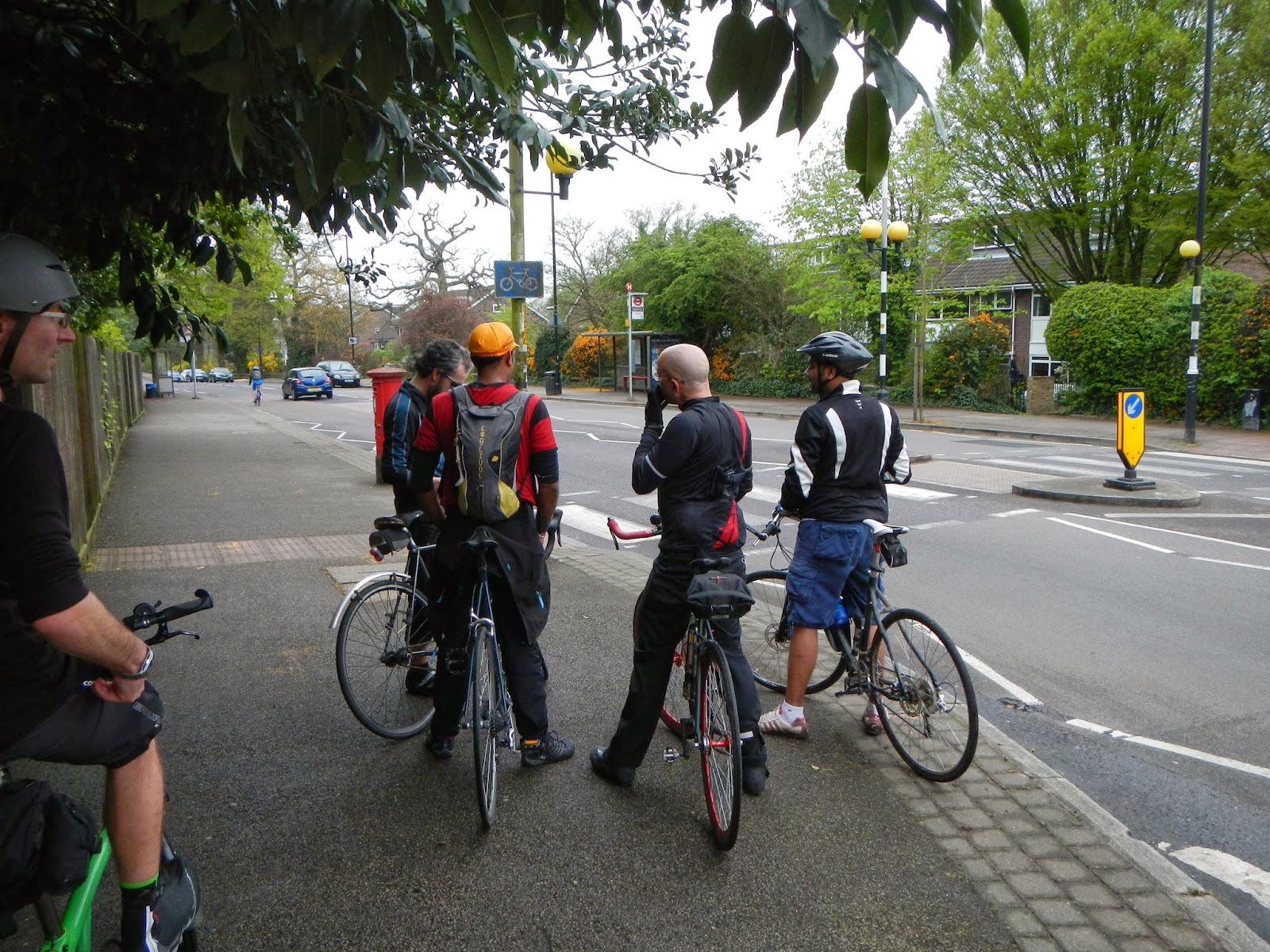 The London Classic is a superb cycling event that brings together cyclists from all backgrounds and persuasions. I do like to think of cyclists as being part of the same team - I mean we really do need to stick together especially when campaigning for greater safety on our roads - and a fun event like this serves that purpose. The organisers did a great job on the route and all the pre-even organisation and should be commented. 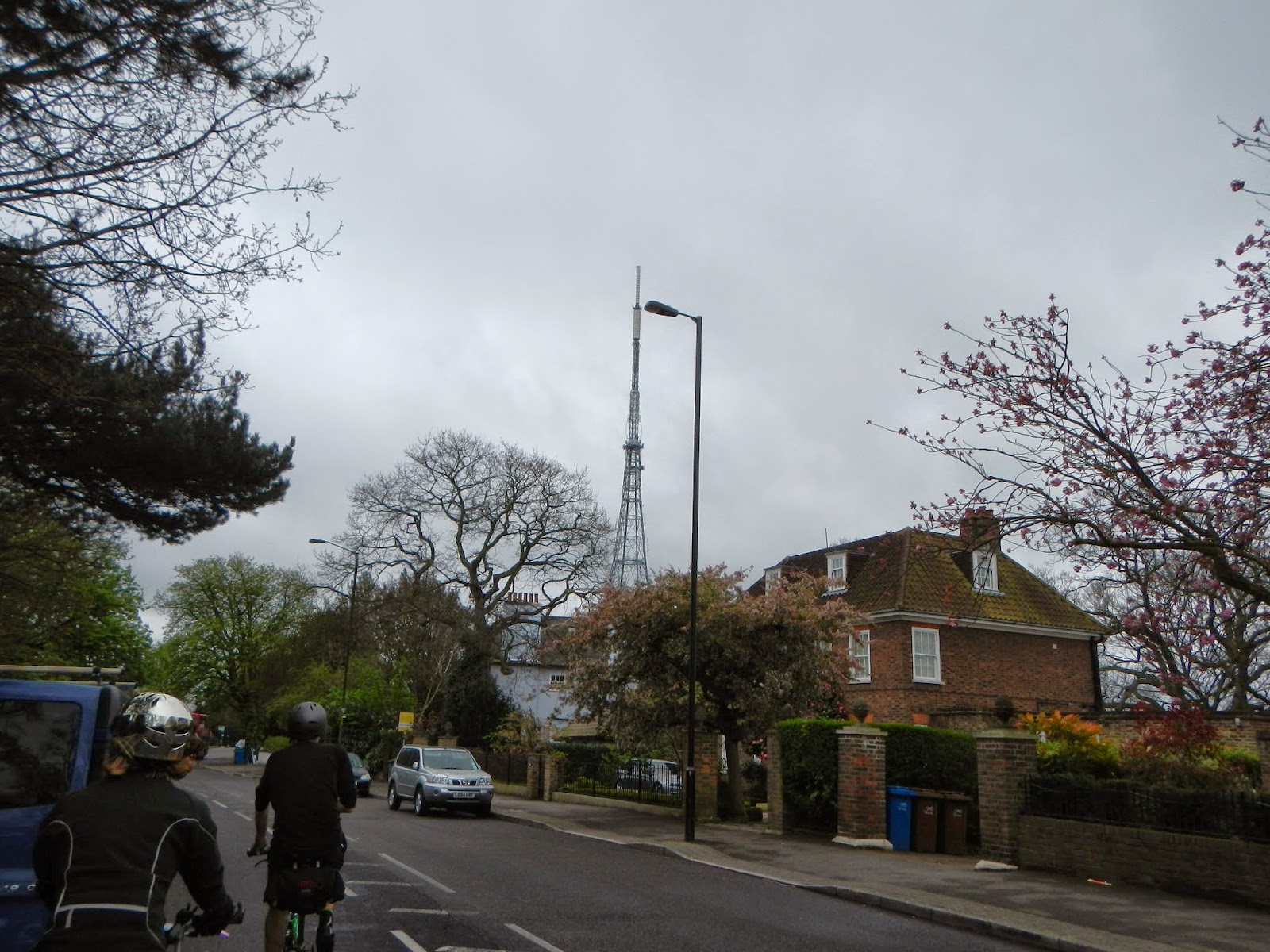 I was really happy that I managed ascend all the hills without a foot being put down and that is certainly an improvement from last year. At the end of the race I felt better than I did last year and the hills didn't seem as bad as they did 12 months ago. I suspect I am getting fitter and all the hills I love trying to cycle up has paid off.

On a sour note, towards the end of the ride I discovered that number two daughter had dislocated and fractured her elbow. It took the gloss off the day and I felt quite terrible that I was so far away from home and guilty for going out cycling two days in a row.