Idyllic English Countryside - Reading to Oxford on a Brompton

On many rides out to far flung reaches of the country (if you can call Reading far flung that is) I normally head off to a mainline railway station and get the train. Saturday morning was different. I had heard a rumour that David and Anne were going to drive to Reading, take the train from Reading to Oxford and then drive back. As this was delightfully simple, I decided to give it a go too.

David and Anne supplied with a postcode and I got to the named street in good time. David and Anne arrived shortly after and it at first seemed that I had taken the last parking spot. Luckily they found one and soon we were ready and off to Reading. 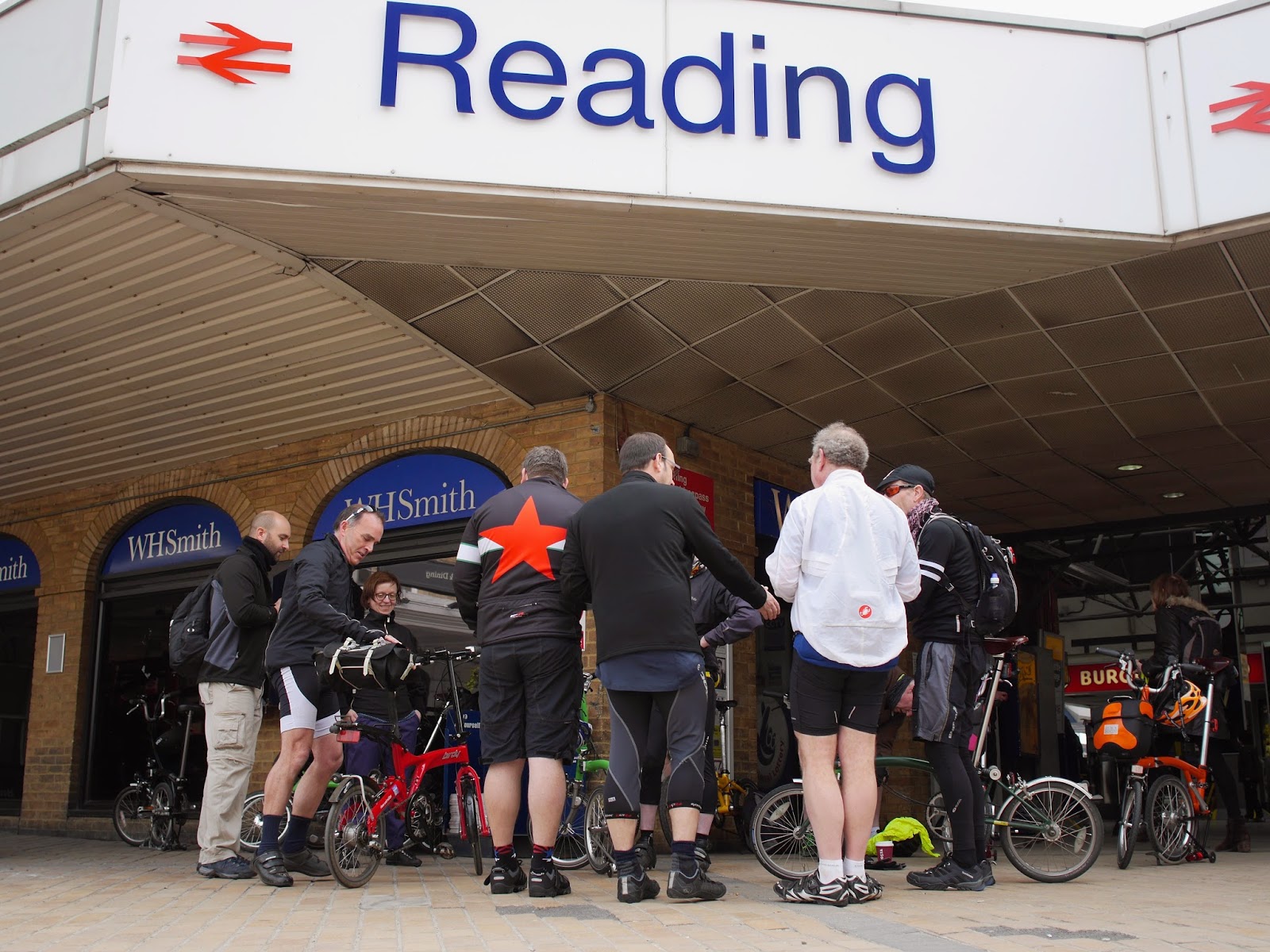 At Reading station we met up with Bob, our leader for this ride and a few familiar faces from other rides. Although a Brompton Club ride there were some other brands of folding bicycle. This didn't really matter too much as we are all part of the same team.

A few of use headed straight for various coffee establishments and while I was on my way I saw Henry Kelly a UK television personality perhaps most famous for a programme called, 'Going for Gold.' Of course I could not think of his first name! I posed various names: Matthew; Gene; Ned?? It was only after we had set off and were about two miles into the ride that I shouted out, 'Henry!'

After a briefing, photographs and some serious drooling over Charlie's new apple green single speed SLE X we departed. 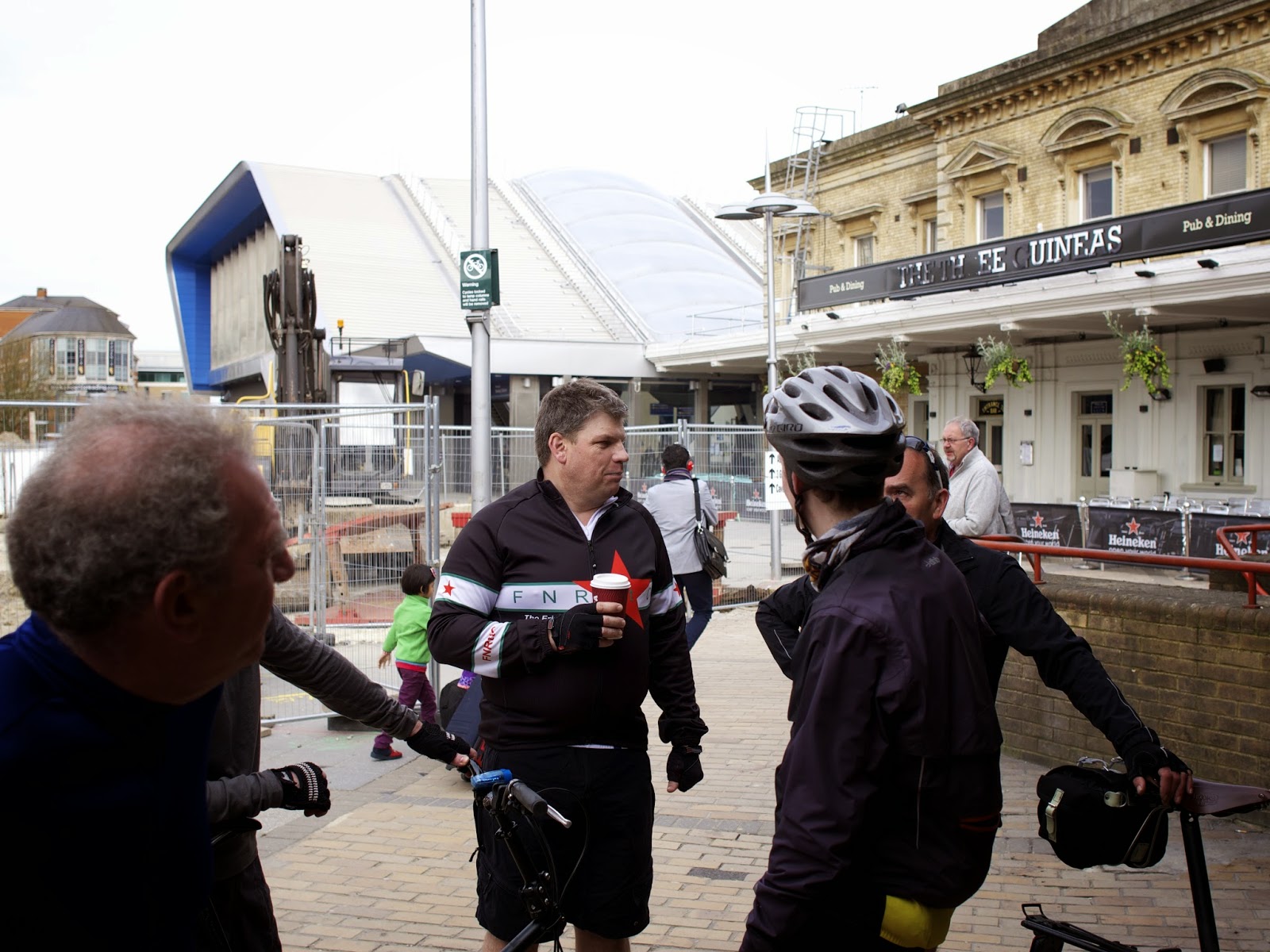 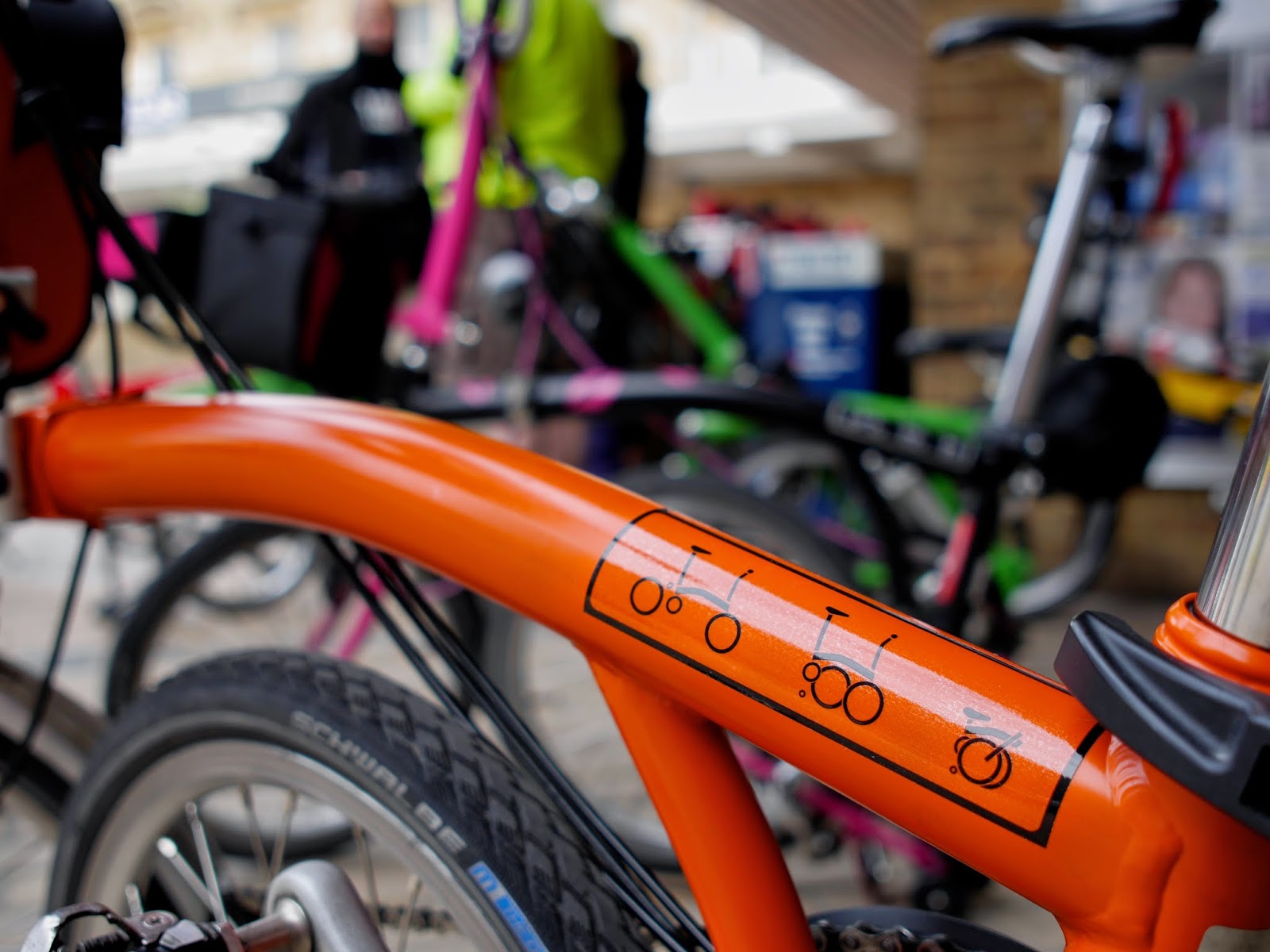 The weather was a little on the chilly side initially but as we progressed we soon warmed up and it wasn't too long until several of us were taking layers off. The route (which you can view below in the ride data link) was brilliant. From start to finish it was almost picture postcard stuff. 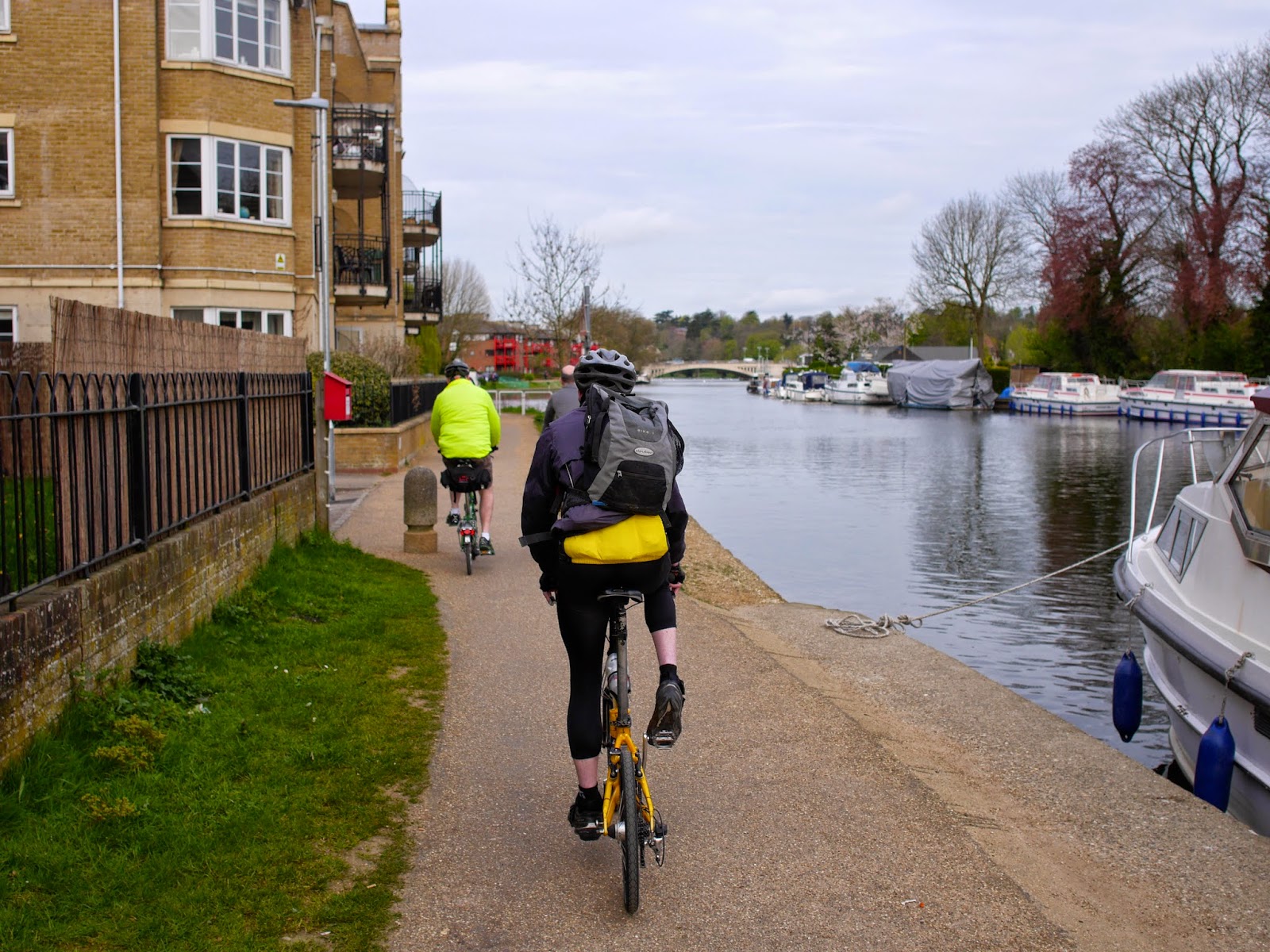 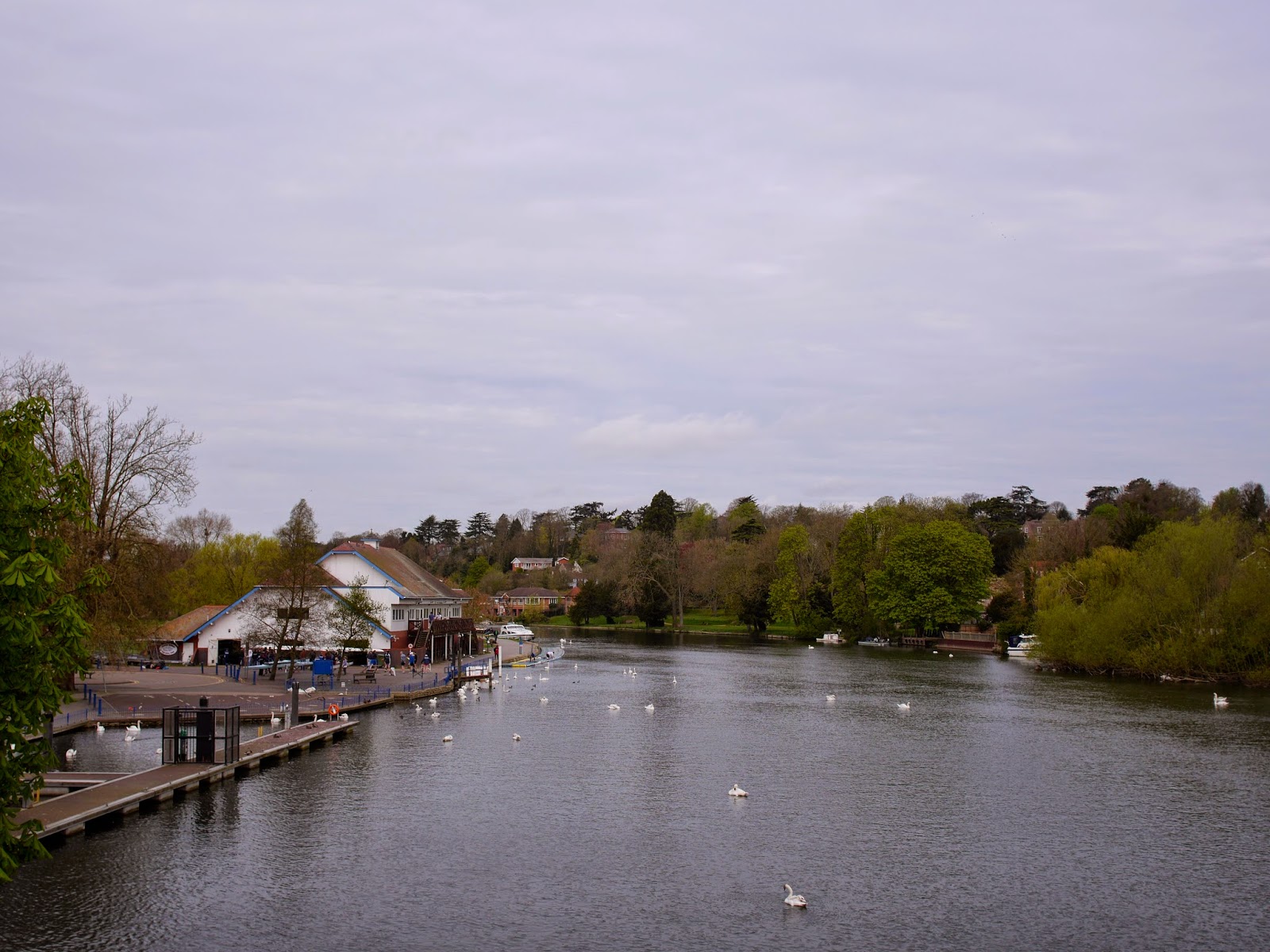 Every so often we stopped and regrouped and enjoyed the views. They were rather special and I was already thinking that I would like to do this route again. Of course lots of us were eying up Charlie's Brompton. 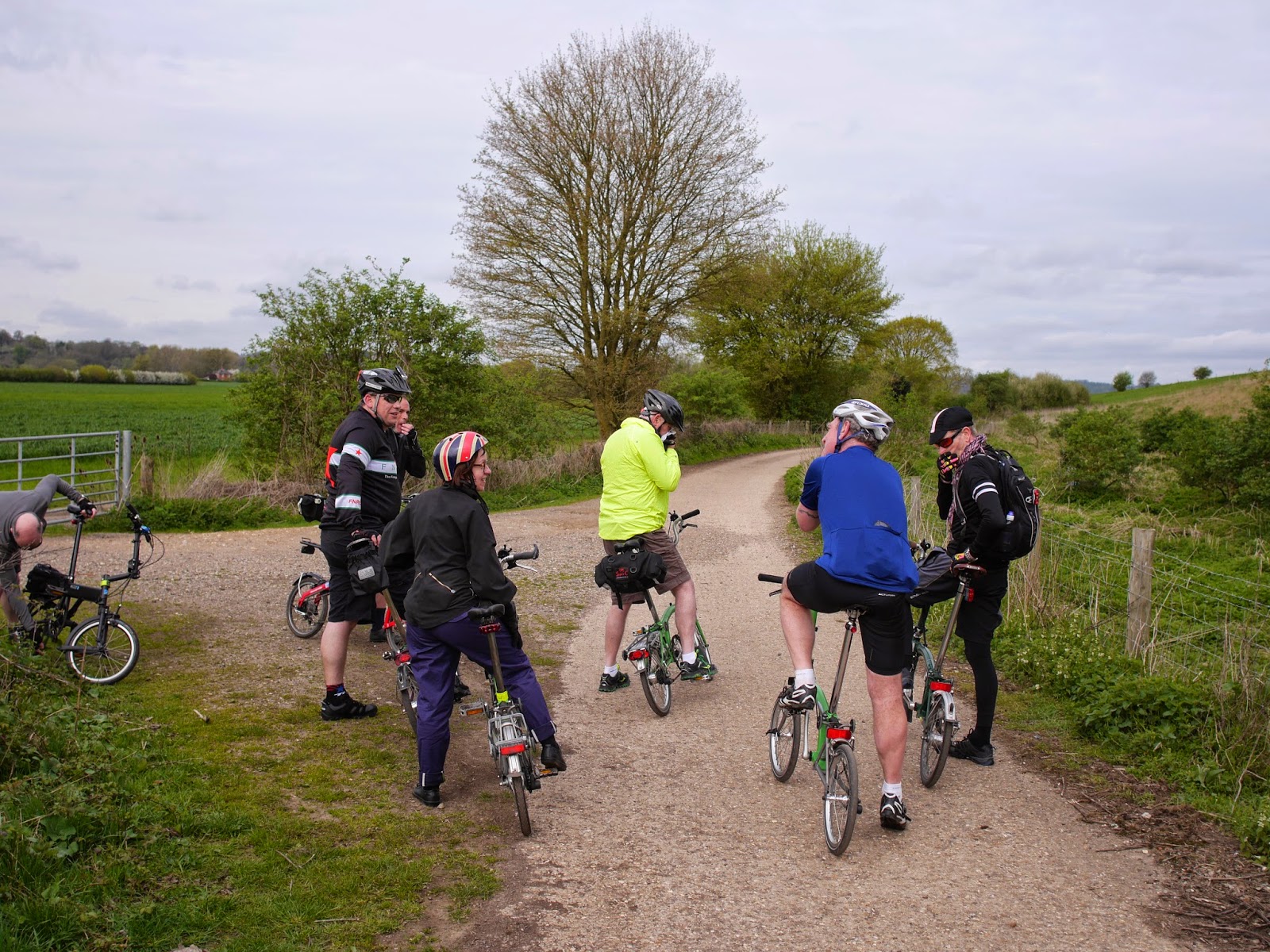 At one point we passed a farm and a few cows actually came up to the fence to see what the fuss was about. They genuinely seemed to be looking at us go past with a mixture of amusement and bewilderment.


As we rode on in the distance we saw Mapledurham House. This is an Elizabethan stately home and is said to have been the inspiration for E. H. Shepard's illustrations of Toad Hall for Kenneth Grahame's 'Wind in the Willows.' This association caused great excitement in the Orange household as it is a particular favourite of ours!

The house and surrounding village was also used in the 1976 film, 'The Eagle Has Landed.' This is a film with a star studded cast, always on at Christmas and seems to last forever. I can honestly say that in all my years I have yet to sit through its entirety!! 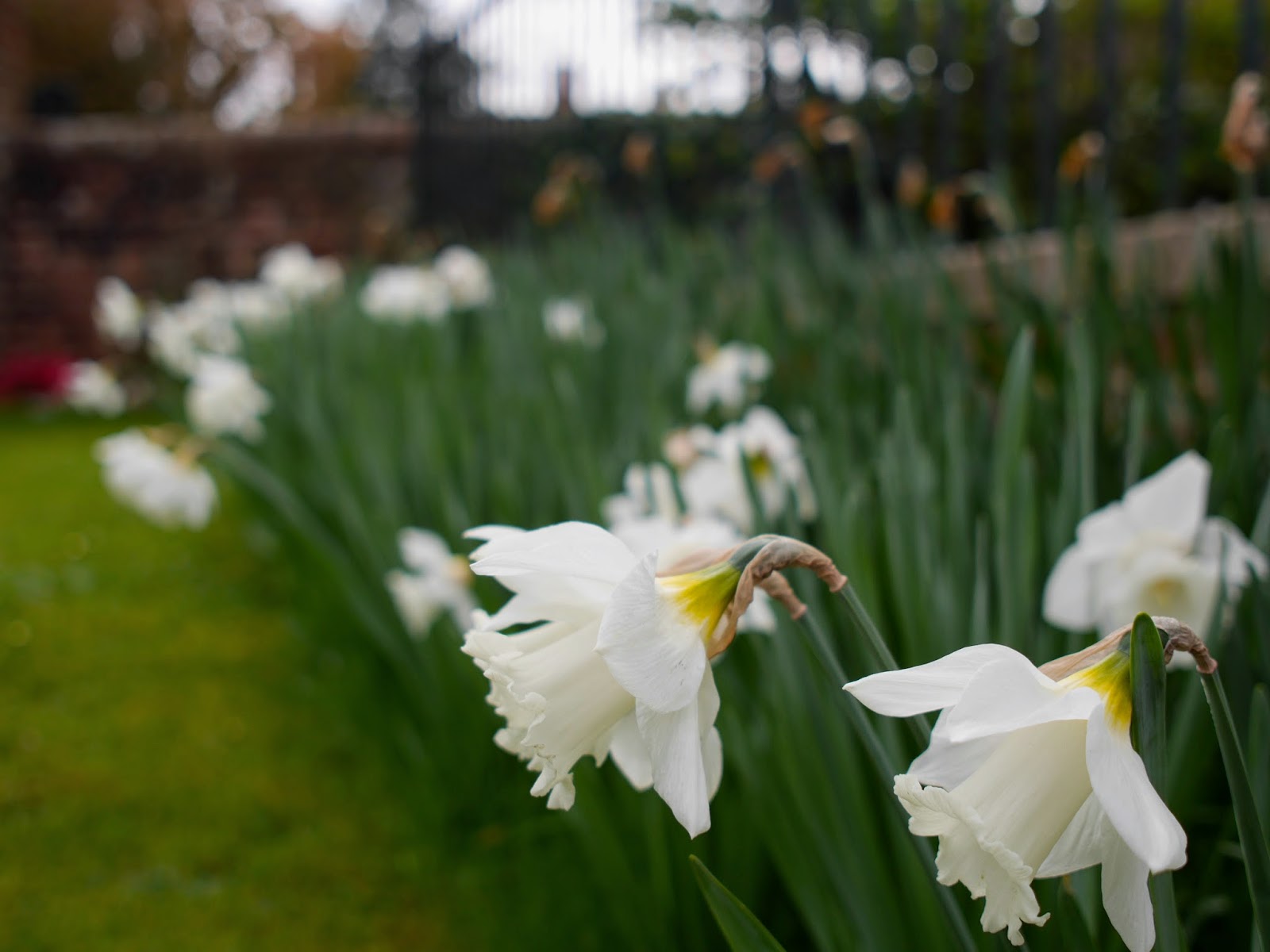 Mapledurham really is a fine example of an English village. The church is 14th Century and a watermill nearby, dating from the 16th Century is the last fully operational watermill on the river Thames. 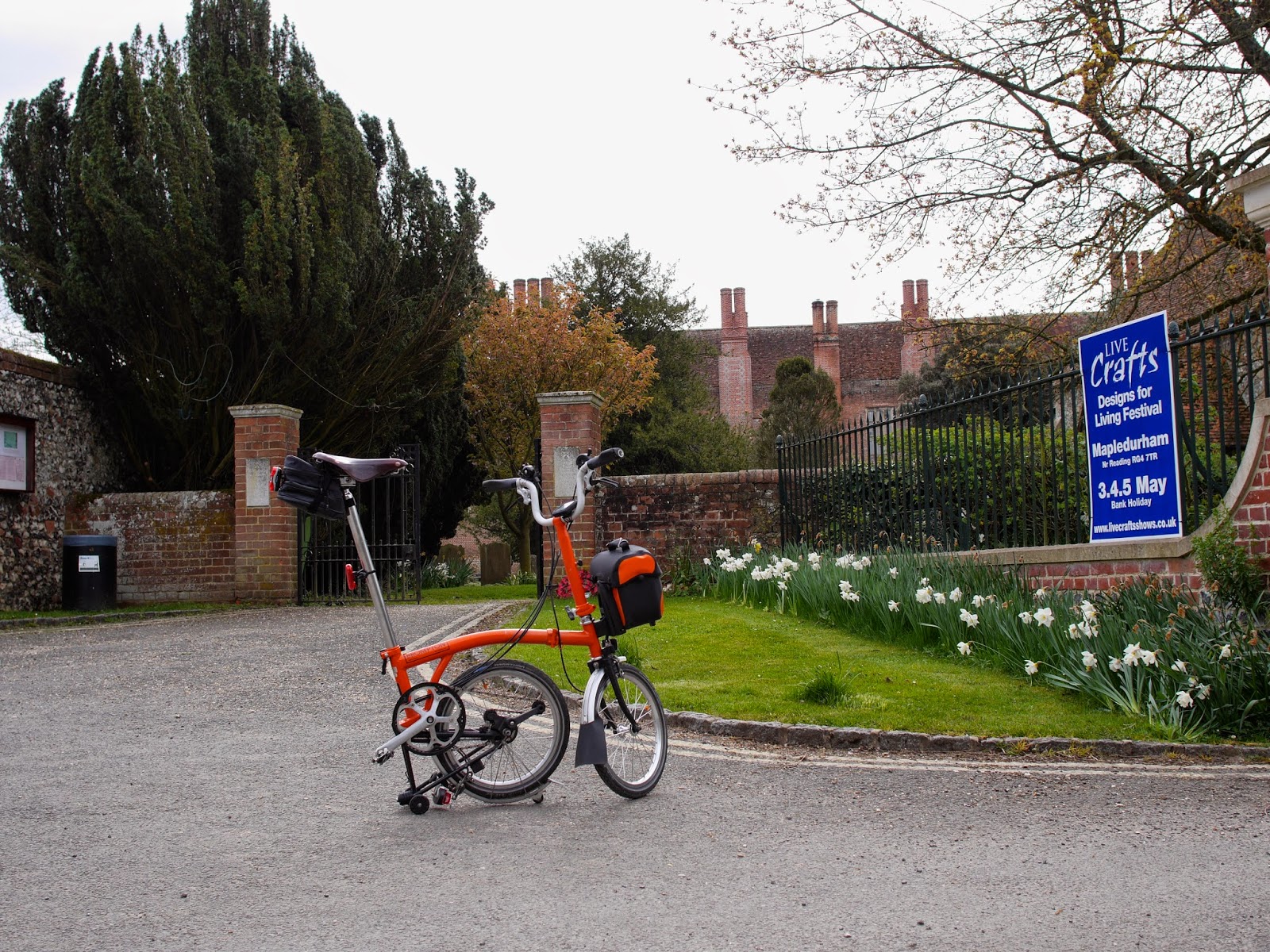 Cycling through such idyllic scenery, with good company and the prospect of food later on made one feel that nothing could possible go wrong on this ride. 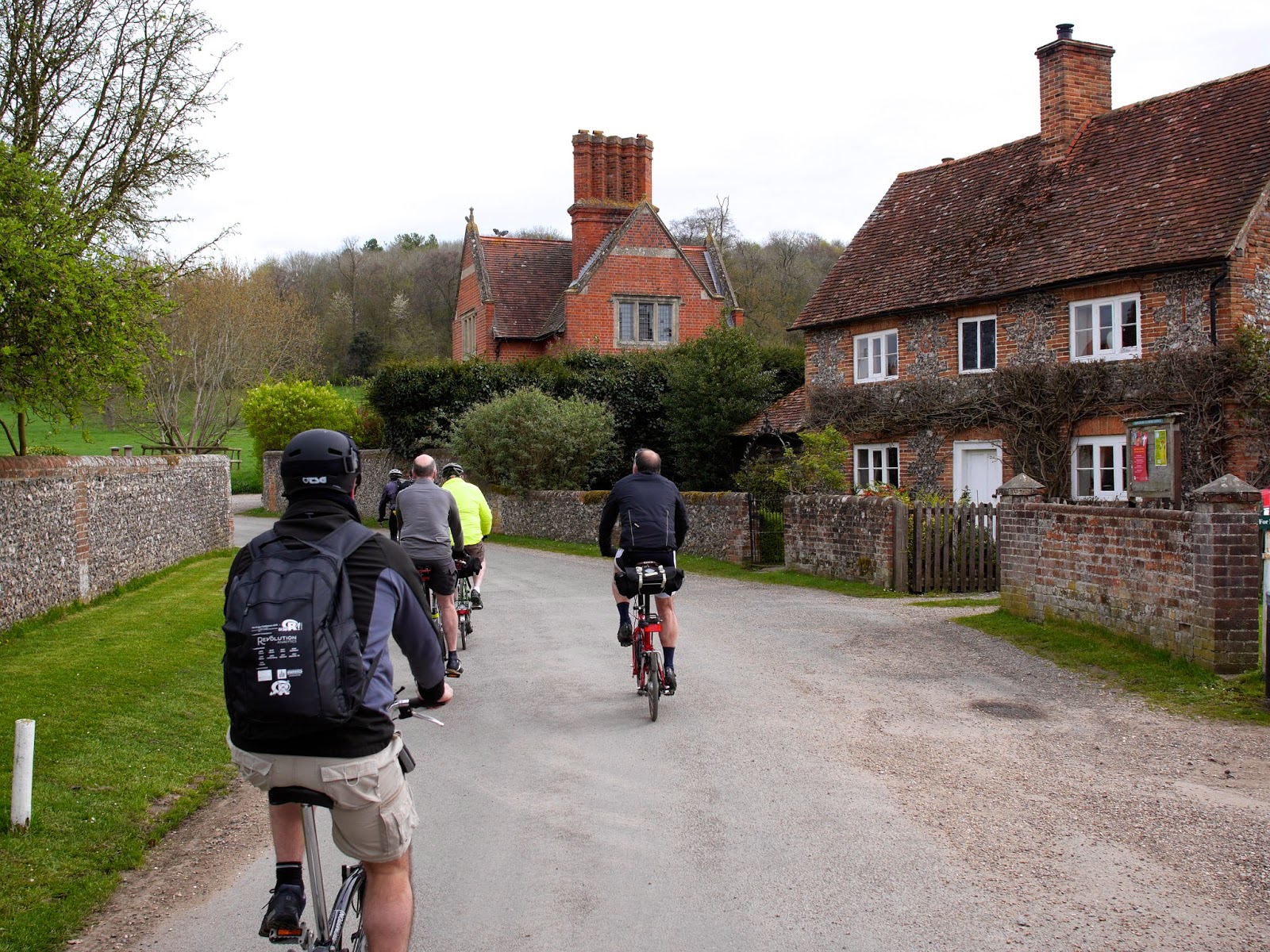 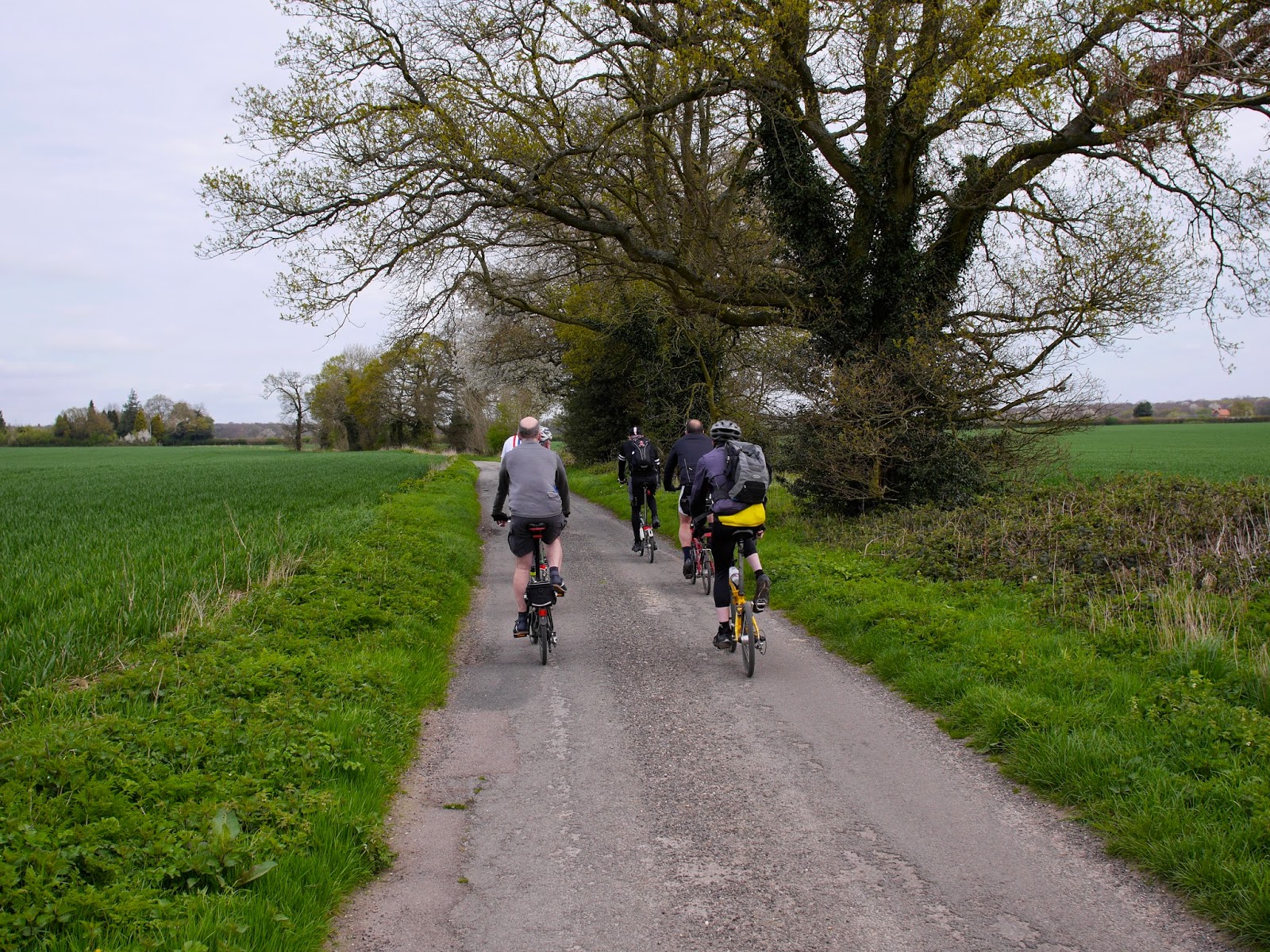 Bob's route took a very interesting turn through a forest track. This got progressively wilder as we cycled. As I cycled along, desperately trying to stay clipped, I decided that photographic evidence of any description would not happen. I could just imagine trying to explain a broken camera to Mrs Orange!

As we cycled along I was taken back to reading chapter three of 'The Wind in the Willows.' It is in this chapter we are told of 'The Wild Wood.'

There was nothing to alarm him at first entry. Twigs crackled under his feet, logs tripped him, funguses on stumps resembled caricature, and startled him for the moment by their likeness to something familiar and far away; but that was all funk and exciting. It led him on, and he penetrated to where the light was less, and trees crouched nearer, and holes made ugly mouths at him on either side.

Thankfully the end came and we found that the track gave way to a right of way through a small orchard! We were through and back on country lanes. Huzzah!! 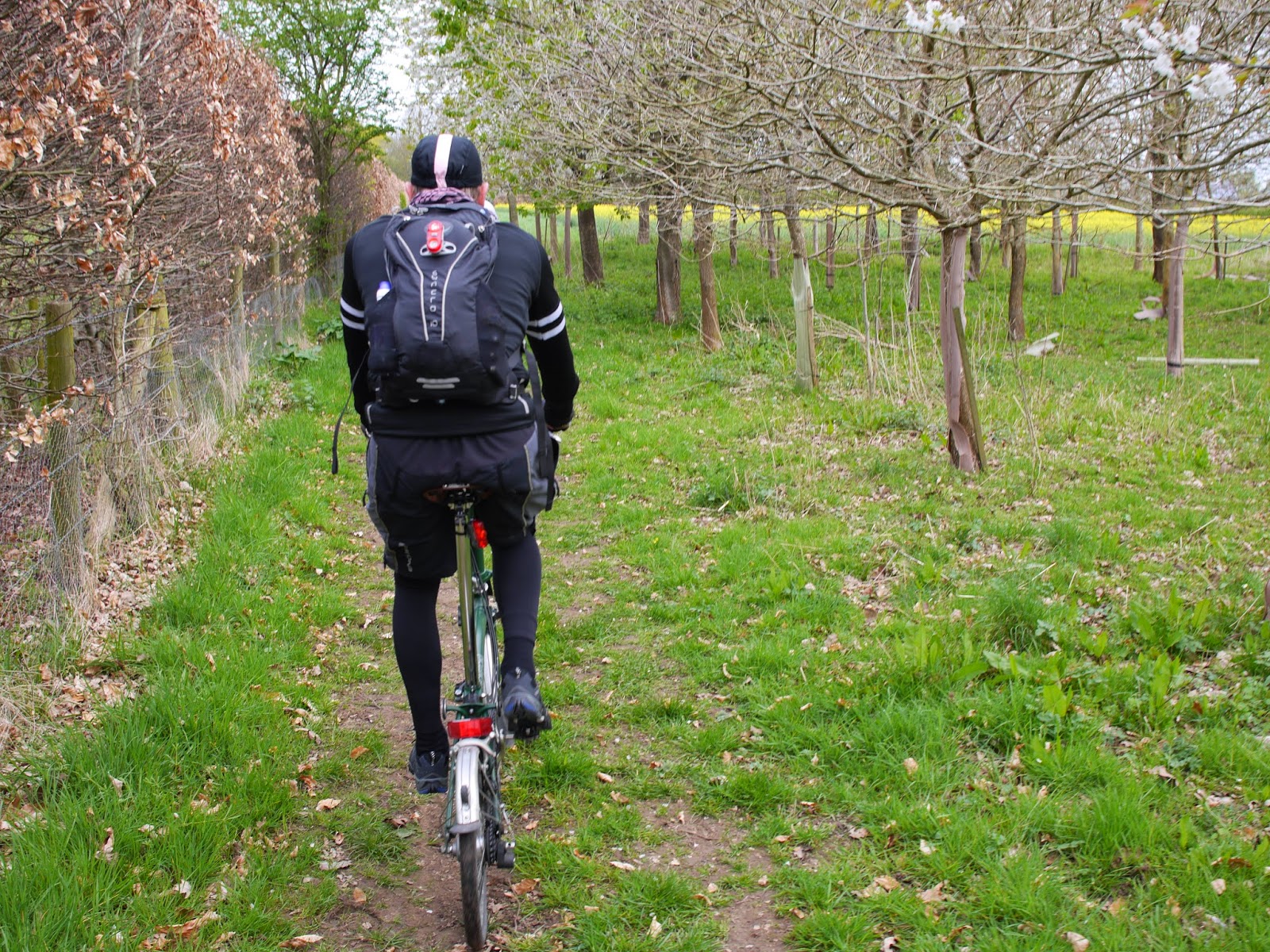 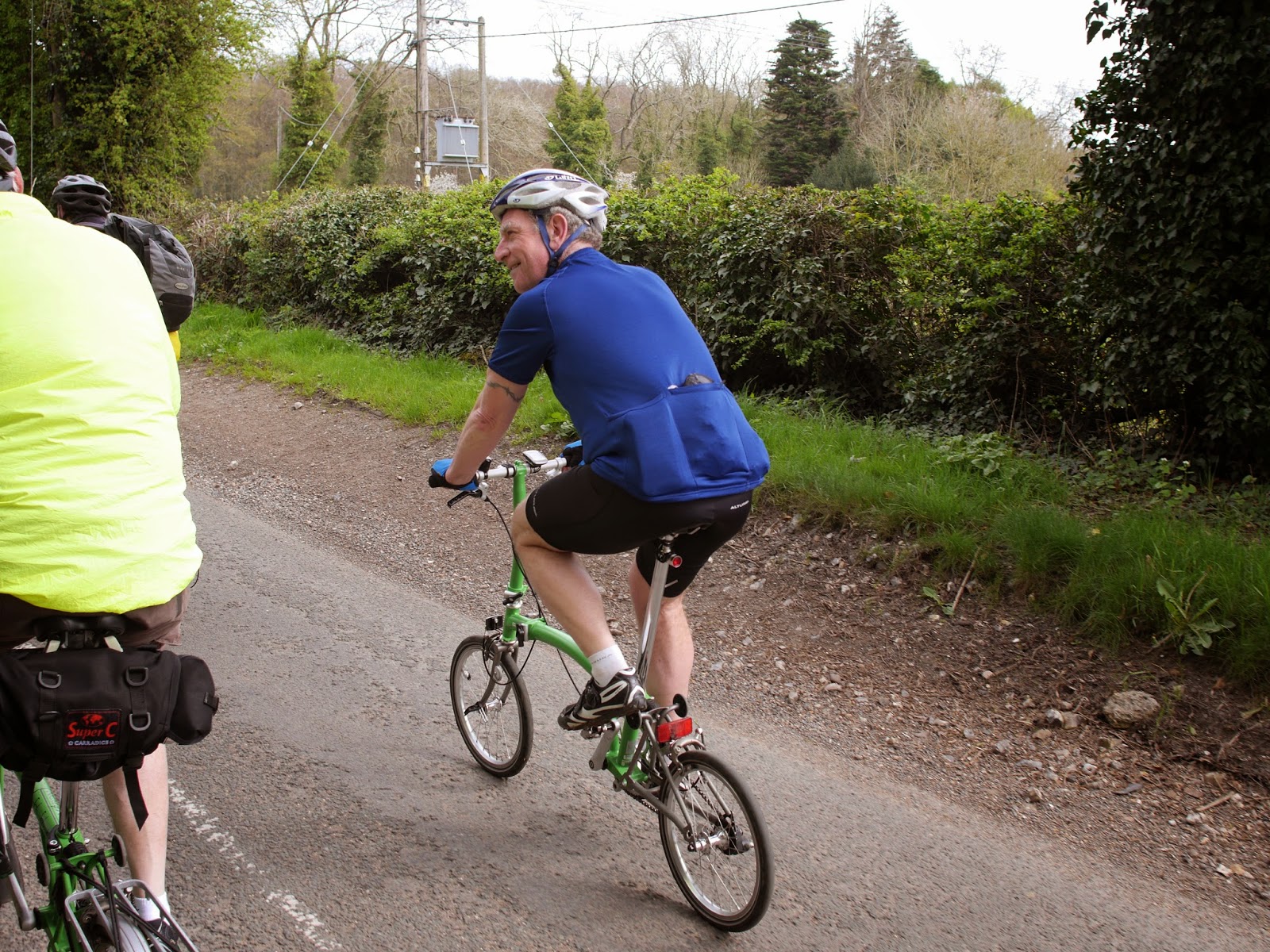 Back on the open road again we snaked our way through view after view. After a good few miles of gentle climbing, we found slightly flatter terrain and the odd descent where one of our number clocked 37 mph! 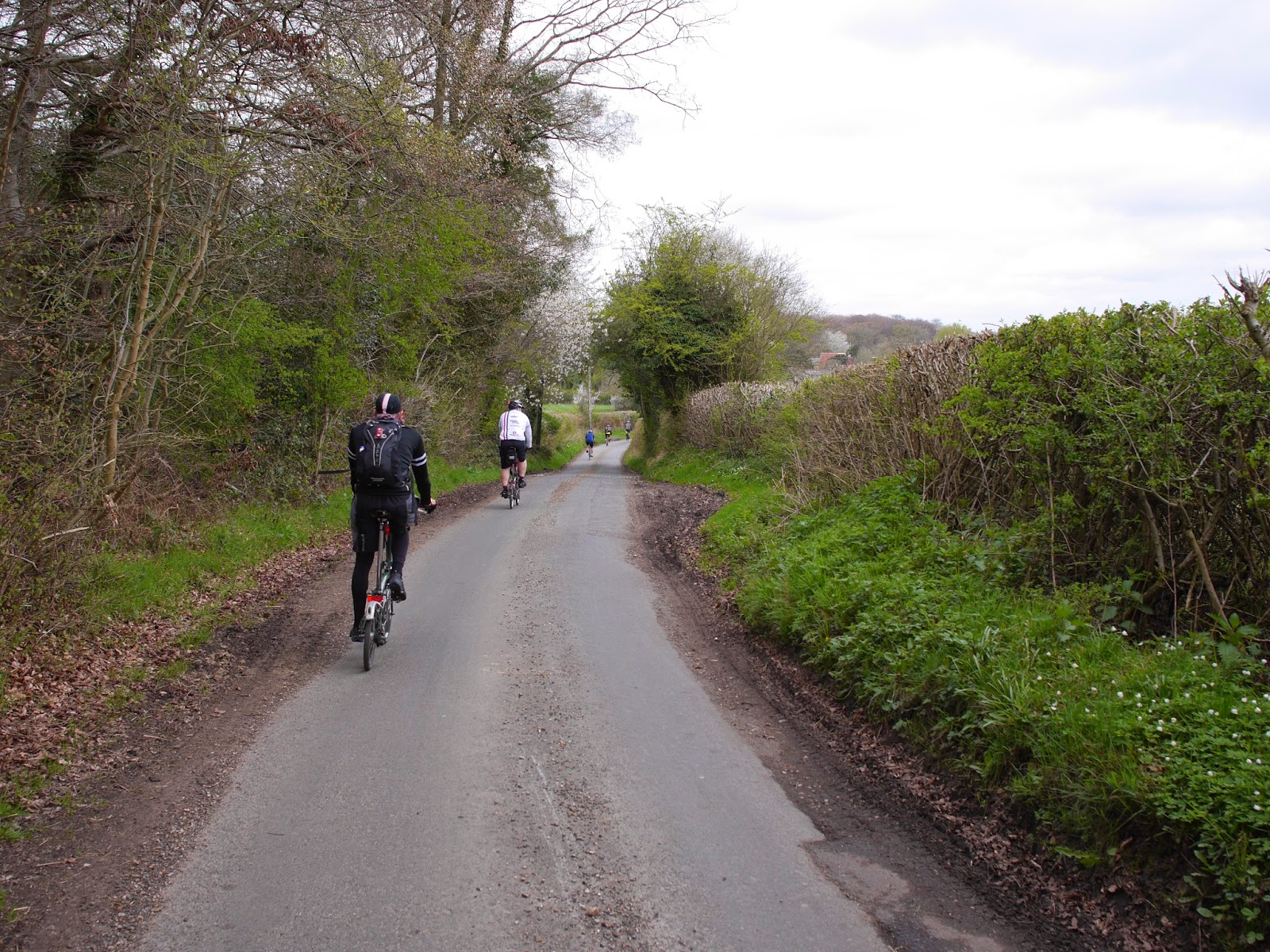 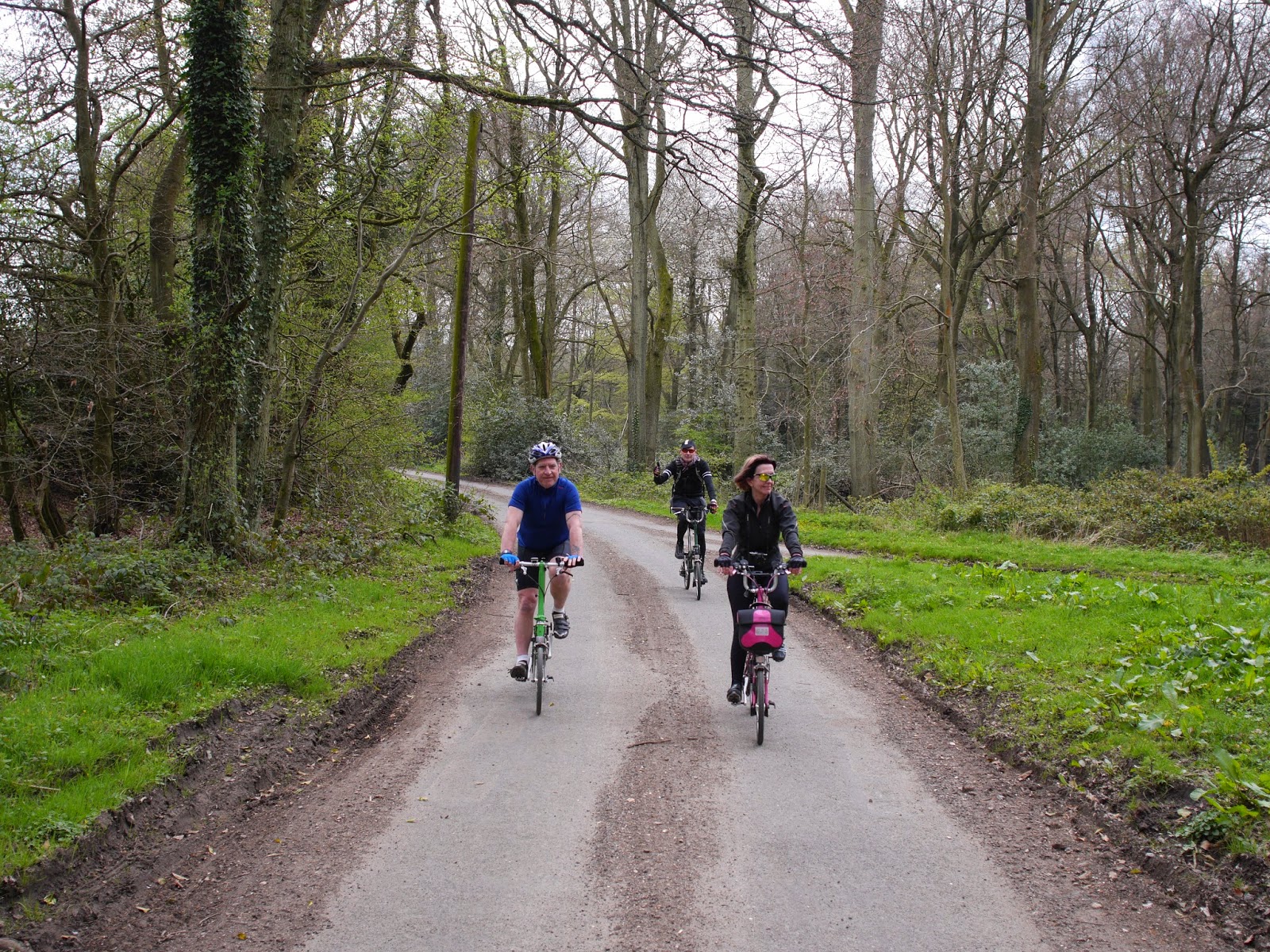 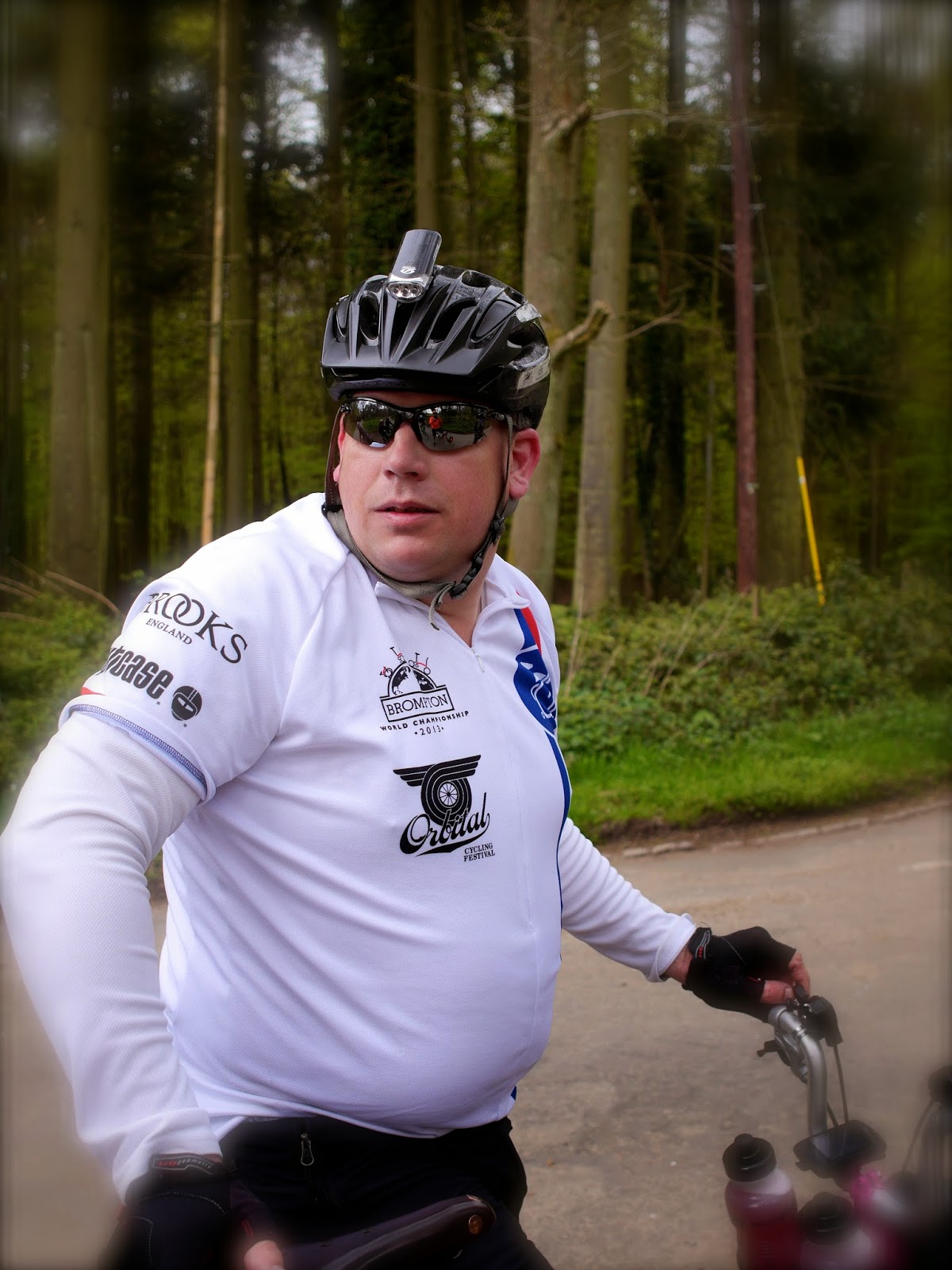 One constant for almost the entire ride were Red Kites. These wonderful birds of prey used to be a familiar sight in the heart of London. I do believe that they have been mentioned in one of Shakespeare's plays. Having always found his plays a pain at school and not really paying attention to any mention of them, I might have made this up. Perhaps someone reading can find out?

After a successful breading and release programme they have become a familiar sight along the A40 / M40. In fact in my part of NW London they can also be seen. In the picture below you can see a Fred Kite at the top and a Buzzard at the bottom. They had just had the most spectacular aerial battle and then gone their separate ways. 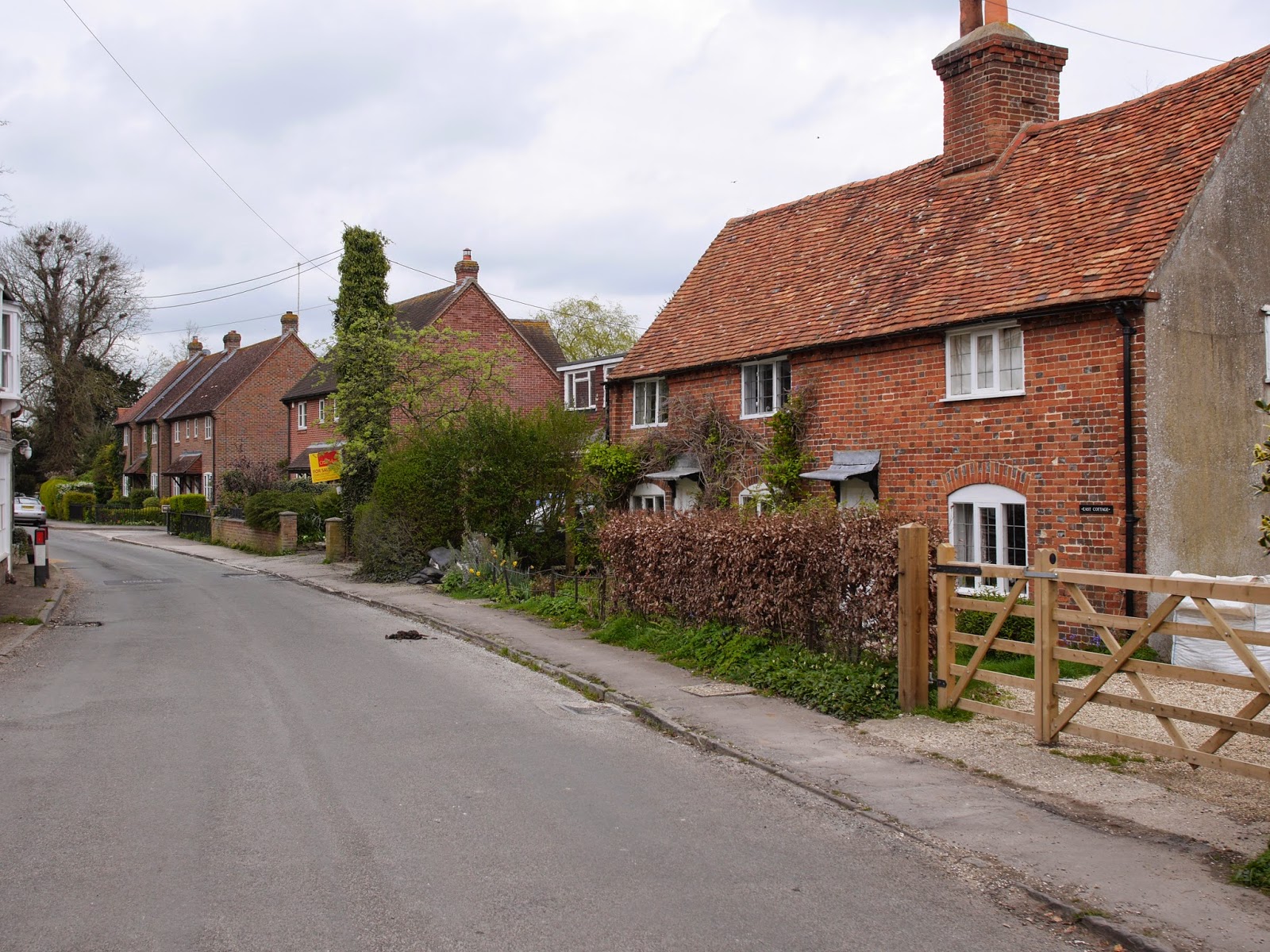 We stopped for a light luncheon at Ewelme Village Shop. Several cyclist descending upon them swamped them for a while but they coped and provided some lovely and tasty refreshment. Fortified, we headed off again for the big push to Oxford. 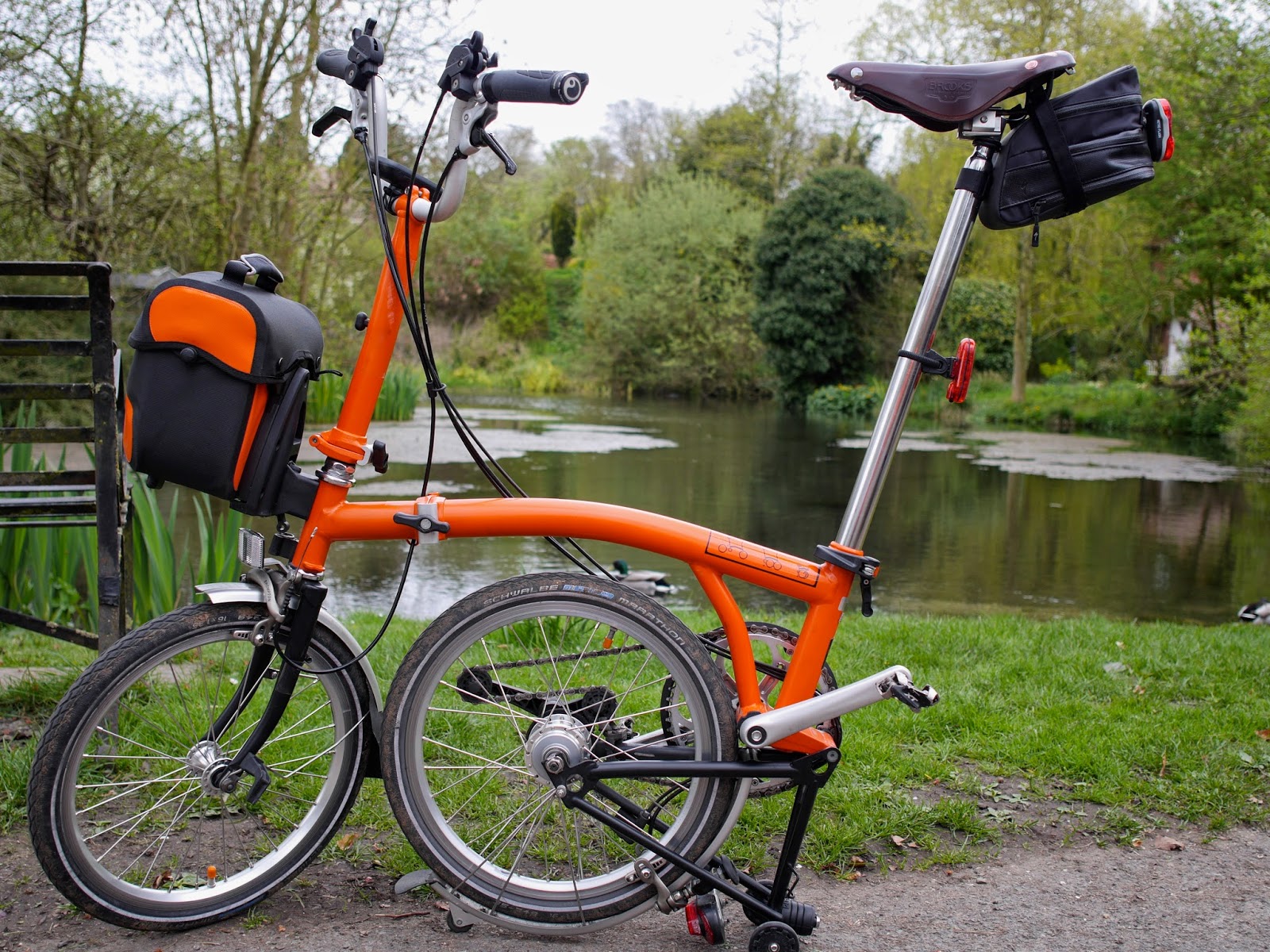 Just after we set off I saw some watercress fields. They looked in pretty good condition so I imagine they cultivate and sell it on. If I had of seen a shop I would have stopped to buy some to take home!! 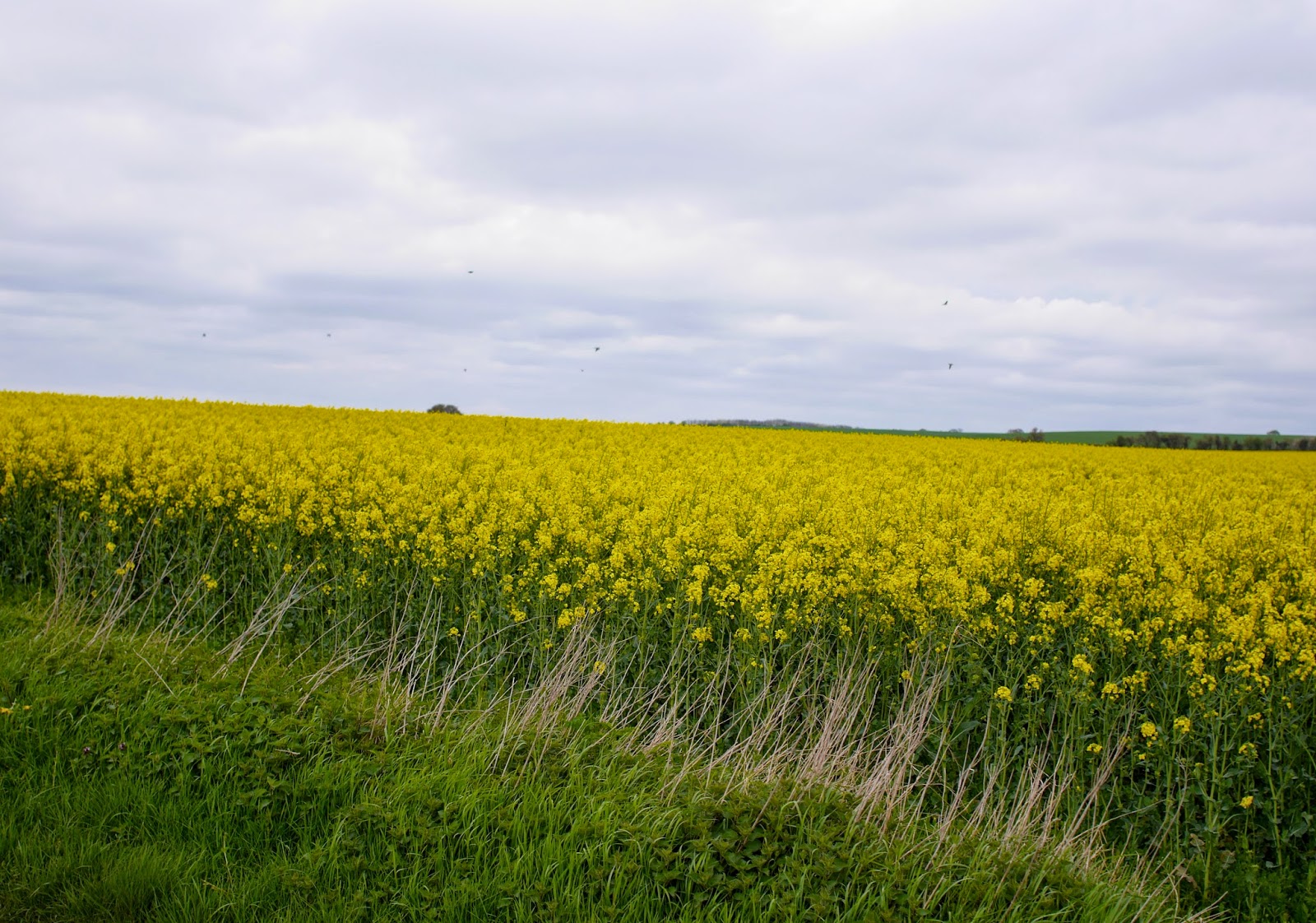 The next few miles consisted of long stretched of open road, with almost no traffic. Bob stretched his legs and powered off into the distance. He managed to get further and further ahead and became a small dot in the distance.  Pretty impressive and he'll need watching at the Brompton World Championships! 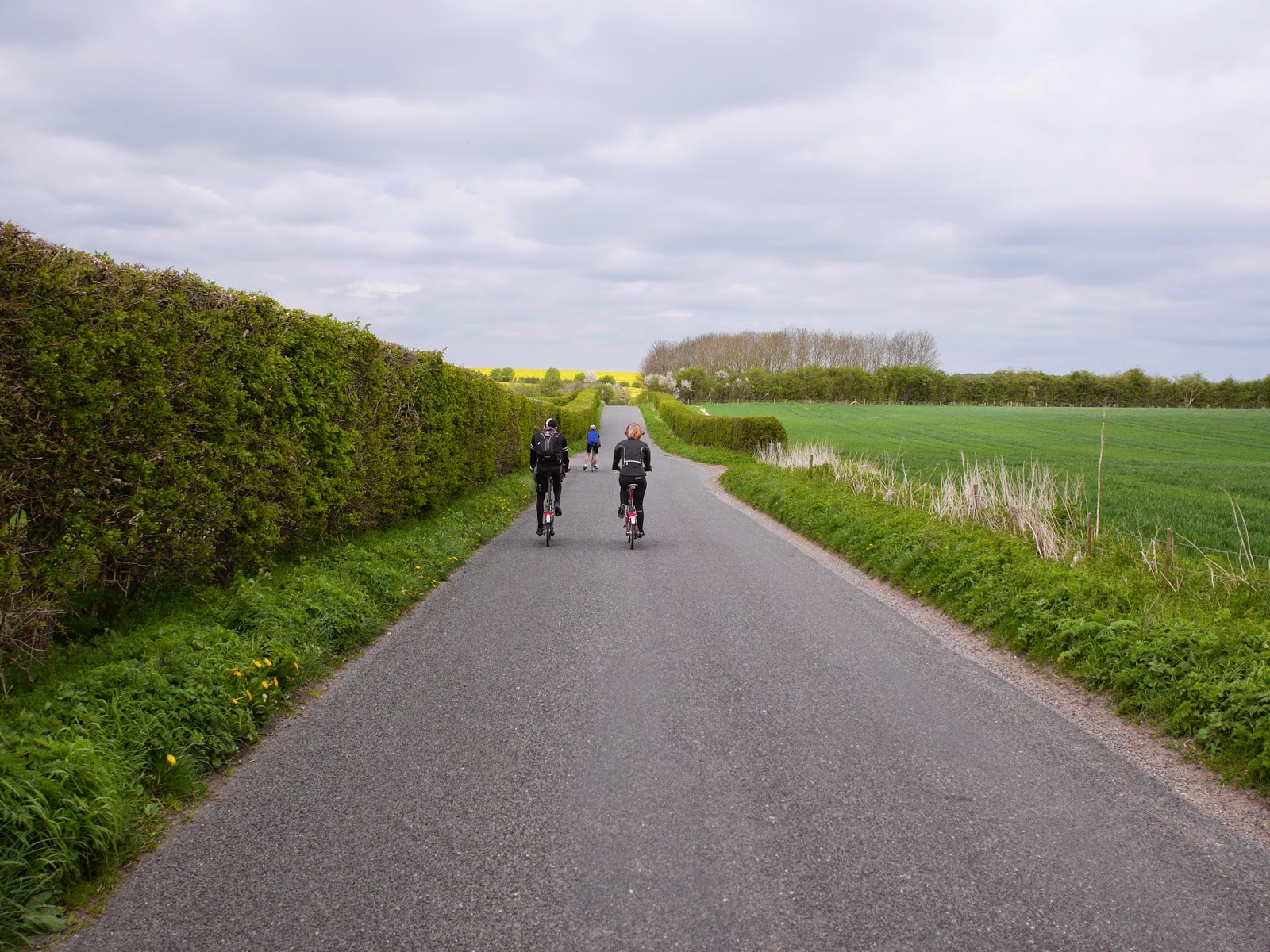 With Oxford signs coming thick and fast we made the final push. Memories flooded back of previous adventures from London to Oxford - good memories. 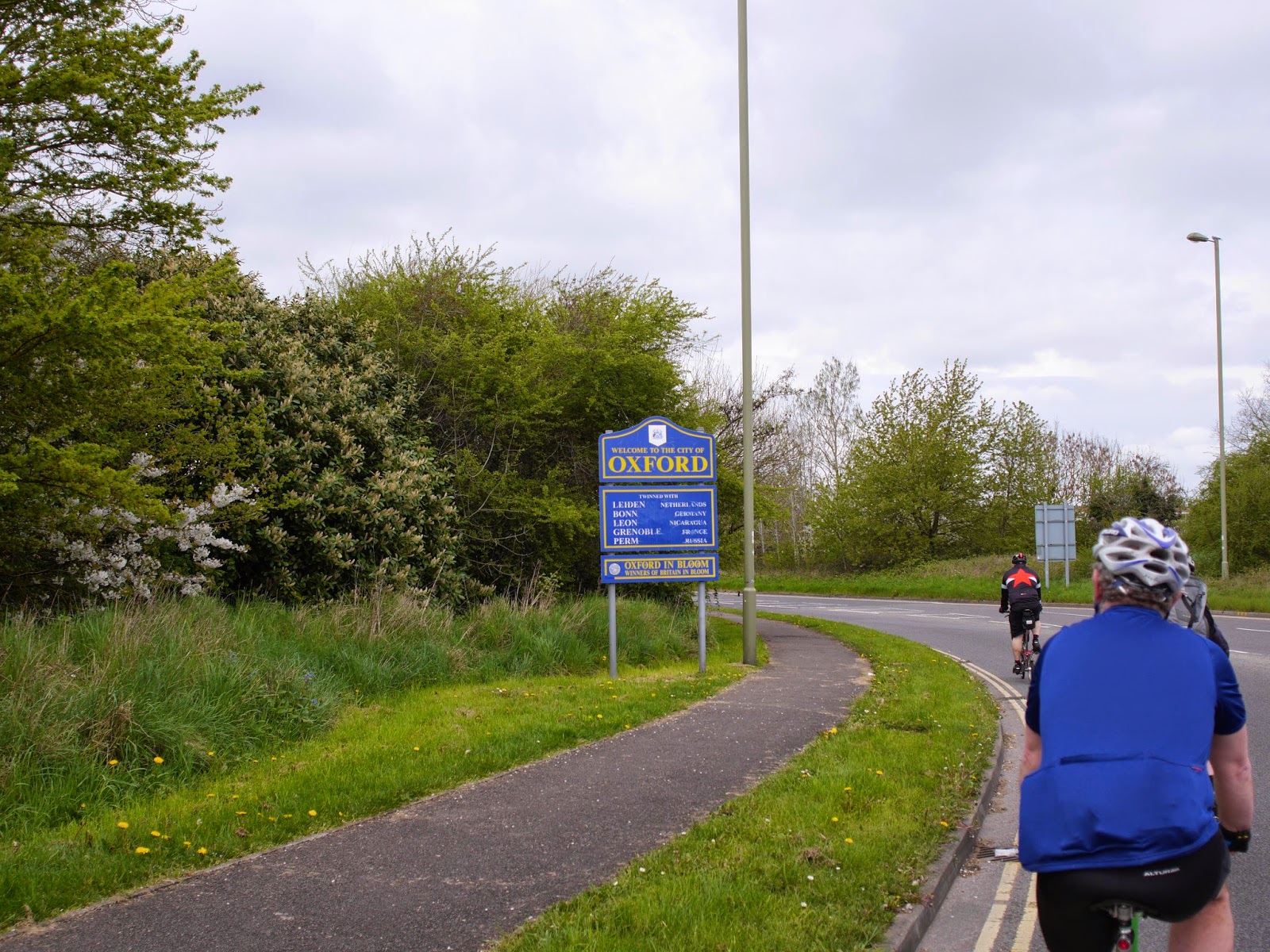 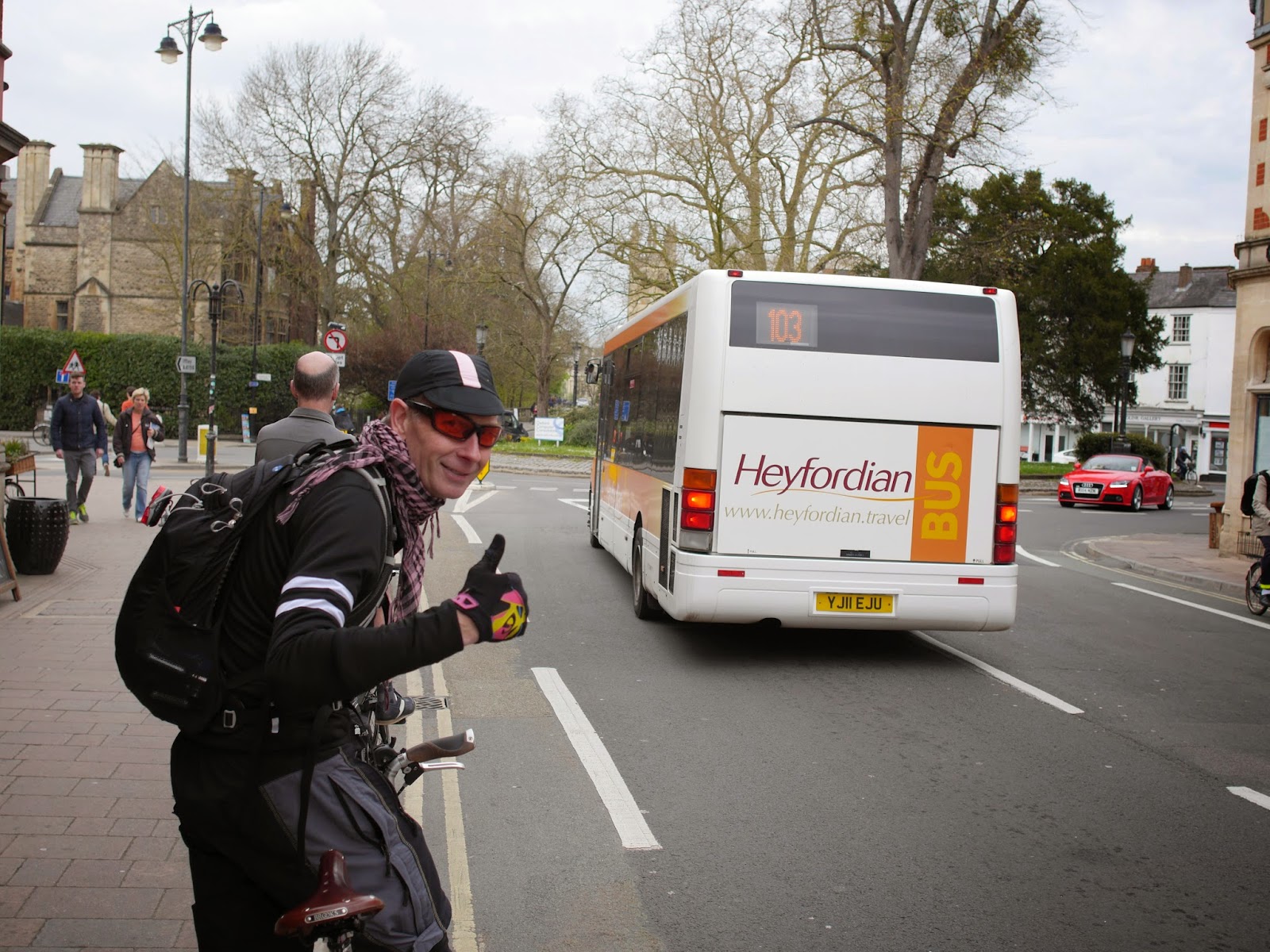 Once in Oxford the dreaming spires could just about be seen as we made our way to Zappi's Bike Shop, the only cycle cafe in Oxford. 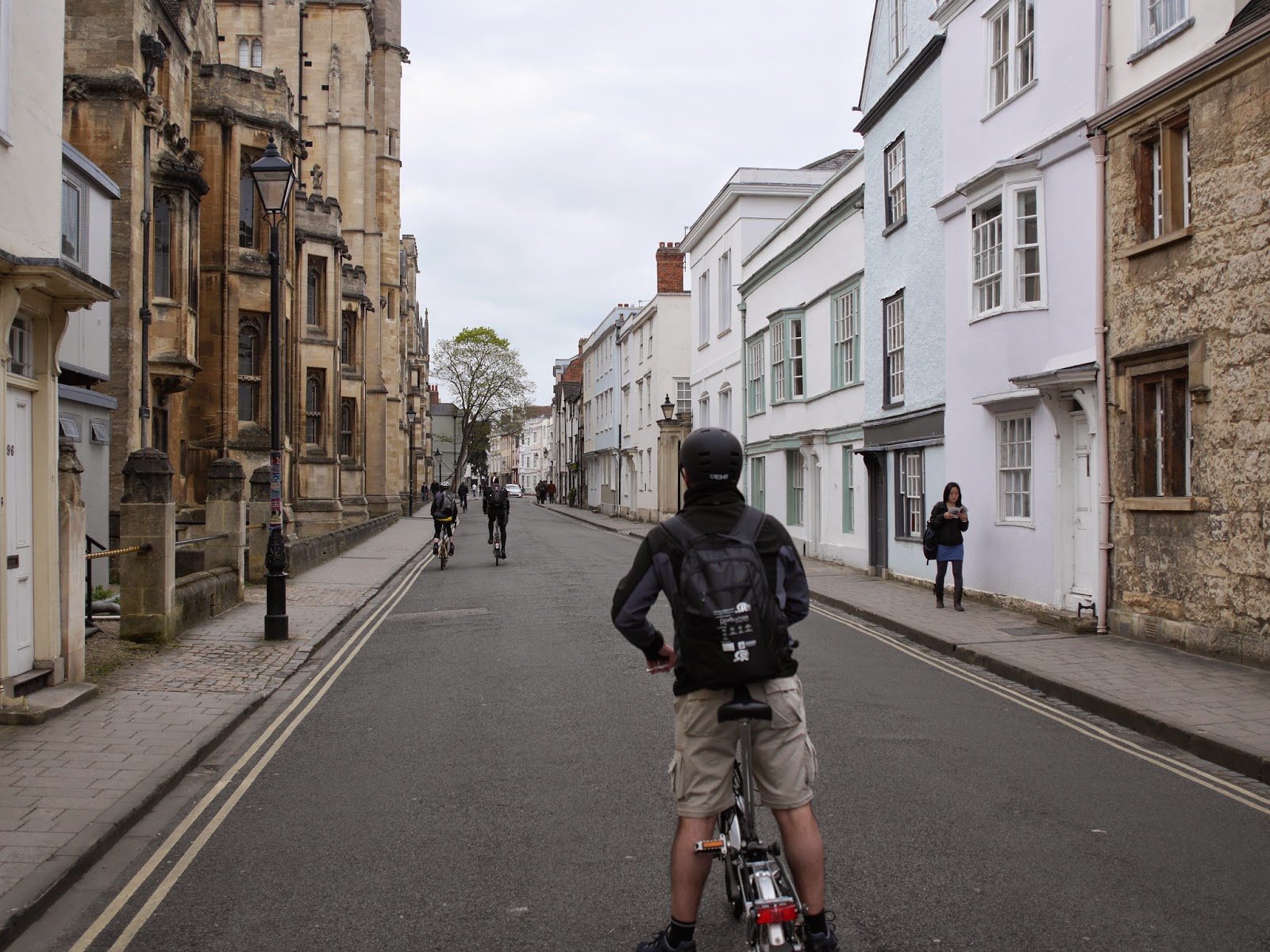 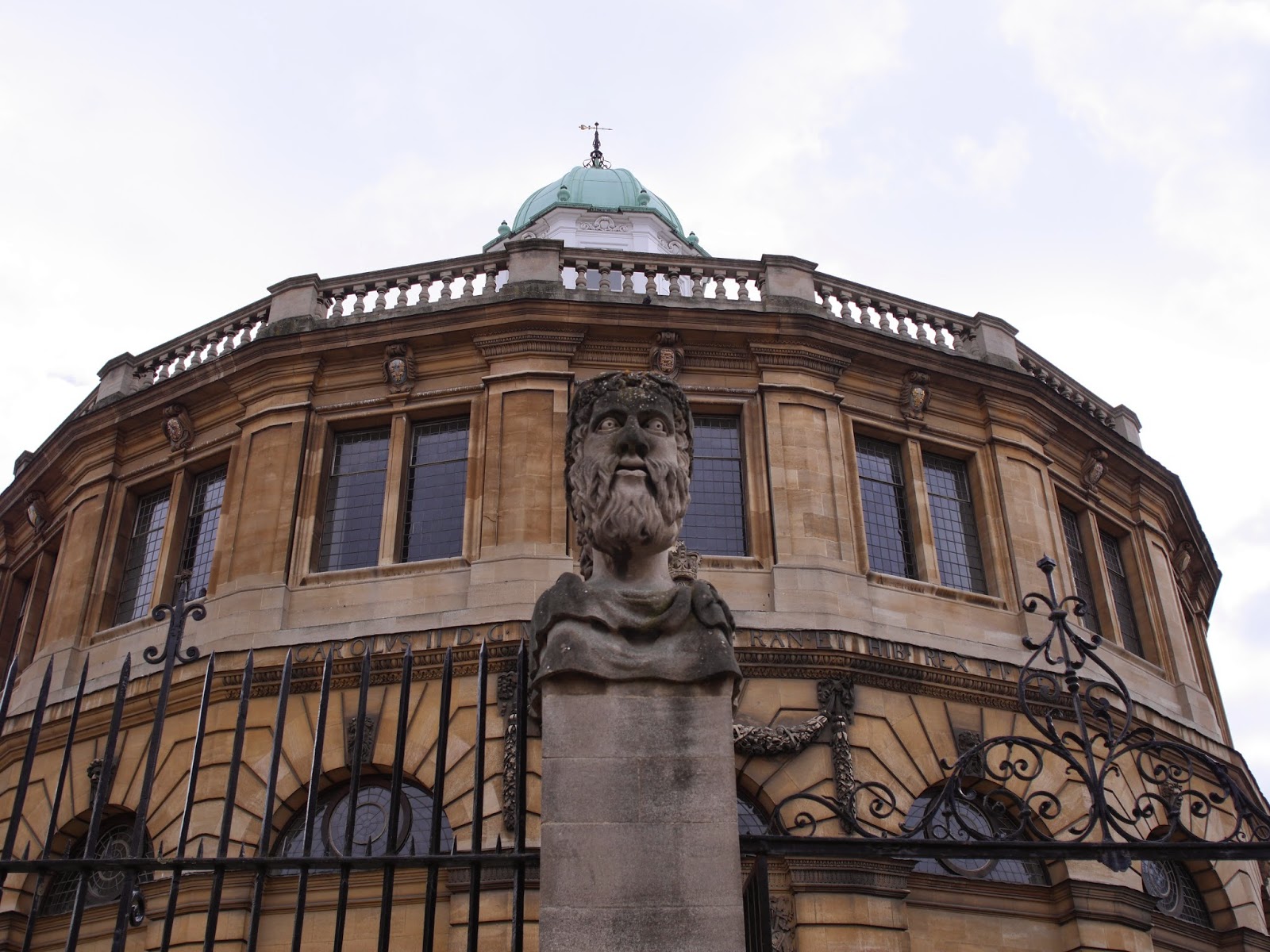 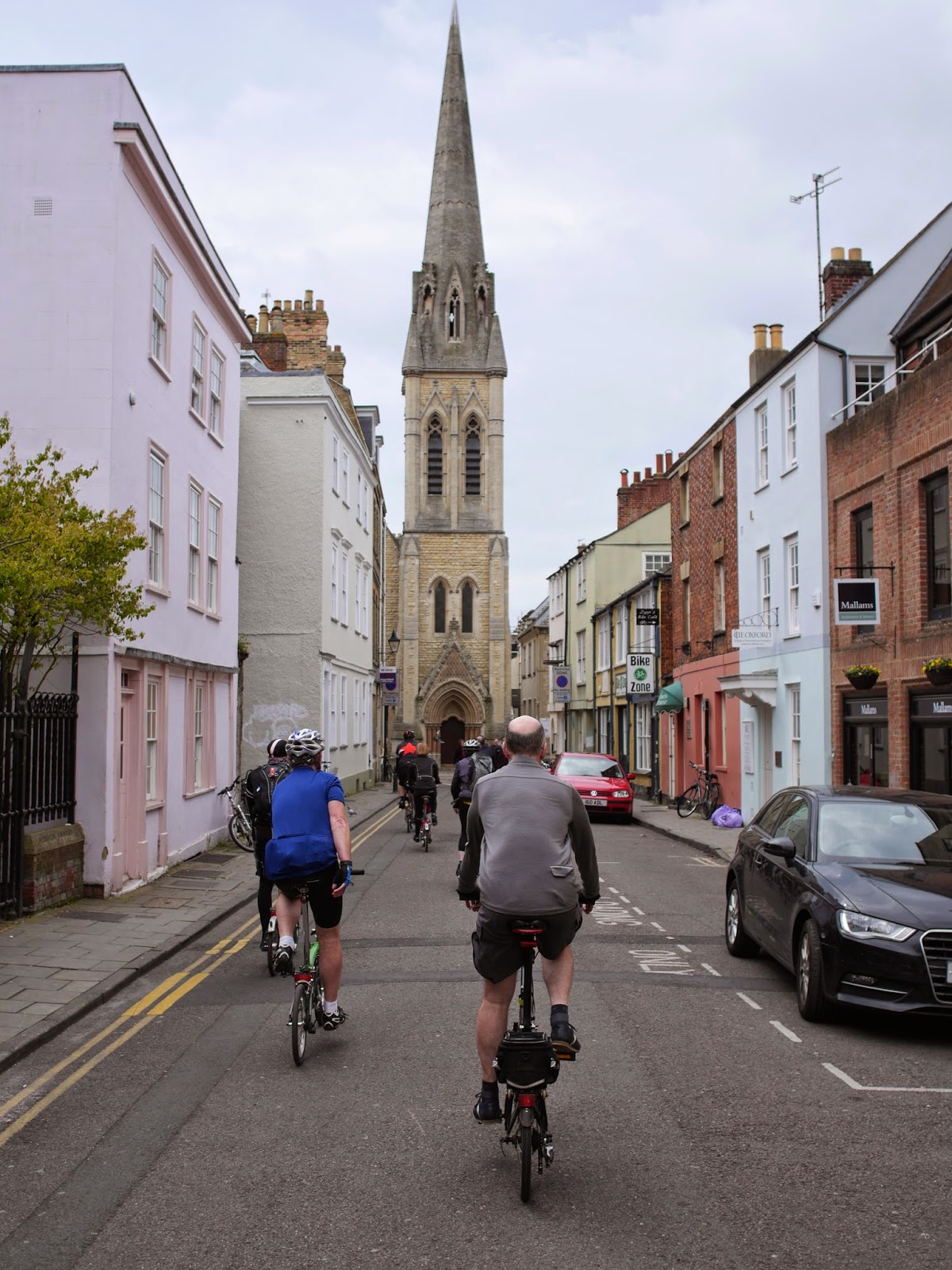 At Zappi's we had a quick drink before saying our goodbyes and going our separate ways. David, Anne, Charlie, Bob and I headed for the station where all but Charlie got off one stop later at Reading. David, Anne and I cycled back to our cars before heading home. 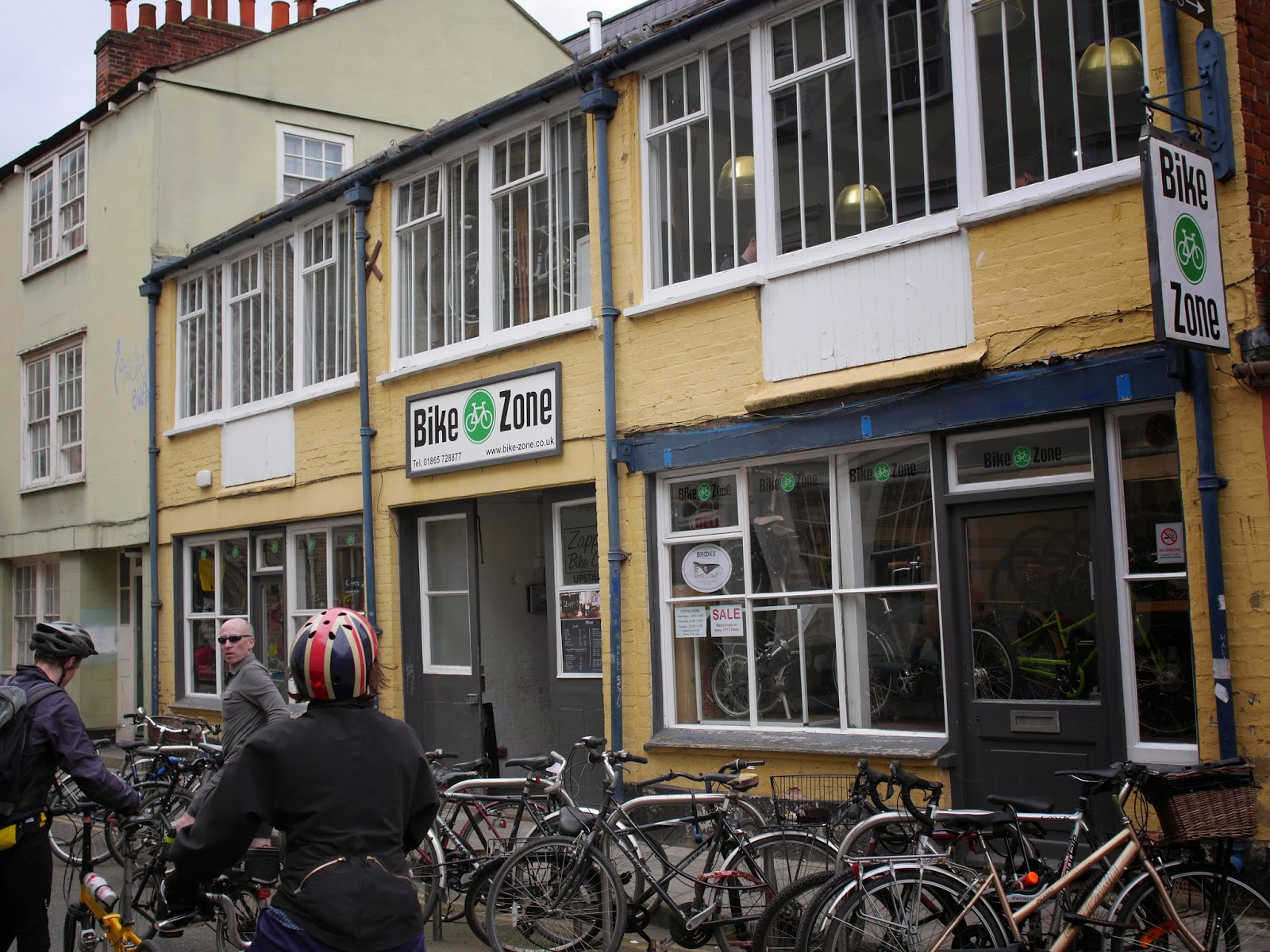 What a brilliant day out. The weather was good as was the company but the route was excellent. I can imagine repeating this again. A very big thank you to Bob for organising and leading the ride and hopefully our paths will cross again very soon.

A link to a short video I made of the trip can be seen by cocking on the link below.