10 years of friendship and counting

Early this morning a photo memory came up on my iMac informing me of two memories from almost ten years ago. They brought a smile to my face.
The photos in question were not the exact ones below but one was of my partner in crime and none other than 'Bumblebee.' The other was of Geoff who I have probably cycled on more nocturnal rides than anyone else.
Almost ten years ago Bubmblebee and I attended a Monopoly ride that was organised by a small group who were carrying out lots of training for a future charity Land's End to John O'Groats ride on their Brompton bicycles. We met on this ride for the first time on this ride and I think about two weeks later we met up for a London Cycling Campaign ride and became firm friends ever since. 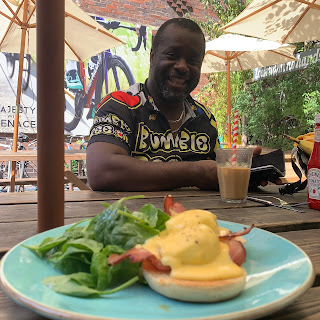 In a similar way, Geoff and I first met on another training ride not long after,  this time London to Cambridge. Since then Geoff and I have been on countless night rides (and also day rides). I always say that it is thanks to Geoff I successfully completed several Dunwich Dynamo rides and I really do mean it. There may be a time when I have a go at completing one without him but I know I would much rather have him along as well!! 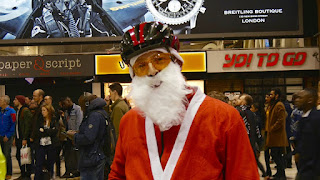 It really is very strange to think that such lasting friendships were established because of a folding bicycle, but I suspect our paths would not have crossed otherwise. I for one am very glad they did. So, here's to several more years of cycling adventures.
Until next time, stay safe out there people!
at April 24, 2022