First nocturnal Orange Brompton rode to the coast for 2021

With some of the covid restrictions lifted, I had arranged in advance with Dr John for us to begin our very own season of night rides to the coast with the classic London to Brighton.

Along with setting this date up in advance, I already knew which of my bicycles I was going to take with me - my Titanium Orange Brompton. I didn't need to prep this bike at all other apply some oil to the chain and check the tyre pressures.

I decided to cycle to the start location near the London Eye which would involve almost 20 miles of cycling. I did take it easy and didn't push things but I am not sure that doing this before almost 60 miles during the night was the bets of ideas?

I arrived at at the start just after 23:00 and Dr John was already there. It was great to be finally embarking upon a nocturnal adventure to the coast and even better to see Dr John again. We set off almost straight away, once I had managed to load the route into my Wahoo. After so long I had almost forgotten how to do it. Thankfully, the chevron line to follow came up and we were off.

The traffic was thankfully pretty light and we made excellent progress. We reached the left turn on Cathless Road in record time having past the stations Oval, Stockwell, Clapham North, Clapham Common and Clapham South. We passed through Tooting Common and this point always marks the slight change from busy to quieter roads.

Dr John was in good form and we chatted away about what we had been up to and general Brompton gossip. This made the entire ride seem to go by quickly and it was more about the simple pleasures of two friends catching up and cycling through the the night than Strava segments or times.

We reached Farthing Downs and the cattle grid at just after 01:00 a.m. and the urban was left behind. Once at the top we stopped for a snack and to take a few sips of water. After a few photos we pressed onwards. 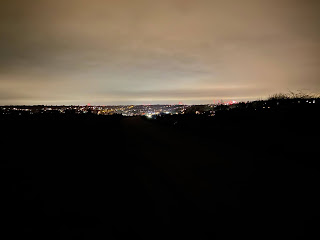 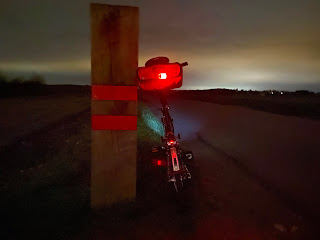 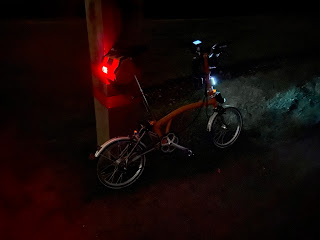 From this point on it was countryside all the way. Owls, foxes, rodents and badgers made themselves known. One particular badger darted this way and that and at one point I thought it was going to head towards us. This induced much cursing and alarm from yours truly! Luckily it made its mind up and headed for a hedge and was lost to the night.
Many times when cycling this route we have passed a windmill. This time we stopped at Outwood Windmill. This Grade 1 listed post windmill is Britain's oldest working example and was built in 1665. Legend has it that the builders actually watched the Great Fire of London glowing in the distance, some 25 miles away. I managed to get a photo with Dr John shining his front light in its general direction. 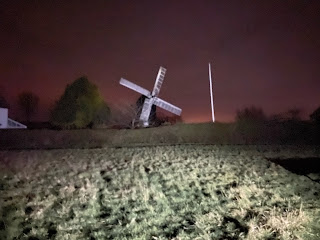 Our halfway stop came not too long afterwards at a 24-hour petrol station off the A264. There we partook in a coffee, generally recharged the batteries and ate our snacks. At the point of leaving I started to feel the cold. I had been telling Dr John that it wasn't any such thing for miles but I felt frozen and uttered sounds that might have come from the late Frankie Howerd! Various oooh's, aaah's, shocking and oh no could be heard. I put on the light rain jacket I had stowed away and a neck warmer for good measure and did not feel back to normal temperature until we had reached the top of Turners Hill some 9-10 miles away! 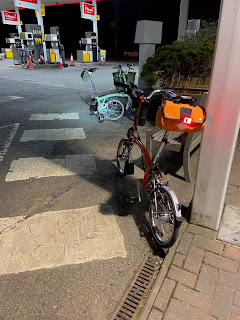 At Turners Hill, no Strava personal bests were broken (not that I do Strava) and we glided up and made good our ascent.
At the foot of Ditchling Beacon we remarked how quickly it seemed to have arrived. With us both chatting away, time flew by and we got ourselves ready for the biggest climb of the ride. We rode up together, still chatting and before long the top was reached - still in more or less darkness. No arty photos of sunrise. In fact the photos below are not really what it looked like at all but more a showcase of how good my iPhone 11 camera is at taking photographs in extreme low light! 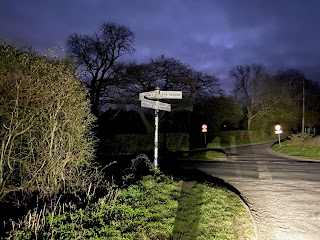 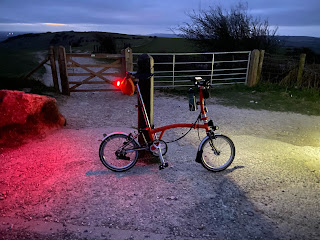 After a few more photos we rolled down into Brighton with the roads pretty quiet and almost no one around. We stopped at the Pavillion and Pier to get some photos before heading to the station. After stocking up on a bacon roll and coffee we boarded the 07:12 a.m. train for Victoria - with no more than 4 or 5 other passengers. 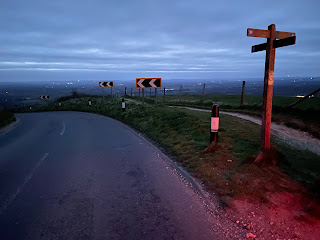 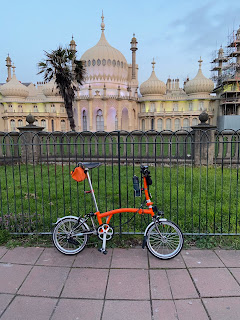 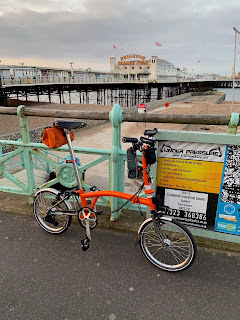 At Victoria, John got the tube to Euston while I cycled to a tube station to get home. Arriving back at about 09:15 I was rather pleased. After a shower, cup of tea and then a few hours sleep I felt pretty good for having cycled 82 miles in all.
It was a great ride and as always I enjoyed it and the company of Dr John. We have another ride scheduled pretty soon which will probably feature a different coastal location. until then, stay safe out there people!! 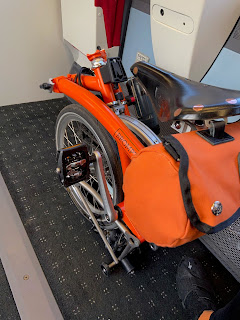