Second nocturnal London to Brighton on an Orange Brompton of 2021

After the last overnight London to Brighton, this one should have been to Whitstable. The trains however were not really cooperating and would have made it difficult for Dr John, so I offered Brighton again instead.

We met at the usual start location near the London Eye. Getting there I took the tube and cycled the short distance to meet Dr John who was already there at 22:50ish. On the way, crossing the Thames, I stopped on the bridge to get a couple of photos of London at night. 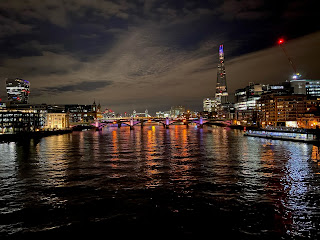 The whole of the Southbank was rather busy and although nowhere near as busy as it should be, it was lovely to see people out and about again.
We set off almost straight away and made good progress to the right turn at the Old Vic theatre and later on the right turn after Clapham Common, where quieter roads greeted us. As per usual, on this road we also chanced on a lone fox strutting across the road. 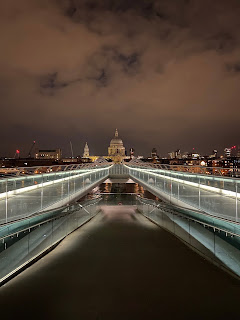 Again, the cattle grid on Farthing Down arrived quickly and in addition to taking the odd photo we had some fluids and a little bit of food.  The miles and the time flew by and before long we reached the halfway stop at about 03:00 in the am. I was glad of this. I wasn't starving to death but I was rather hungry!
Leaving after our refreshment I again felt the cold and had to resort to wearing my lightweight rain jacket again. Dr John had brought 3x pairs of gloves, one of which was that lobster claw type that you wouldn't see me dead in. He changed them periodically throughout the ride and swore by the lobster claw ones! 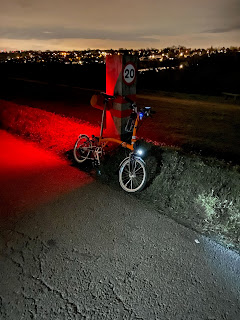 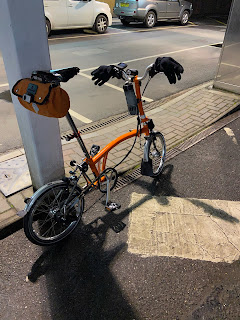 Once we reached  the top of Turners Hill the extra layers came off as I felt fine again. (The lobster claws were replaced with a more usual style of glove)! 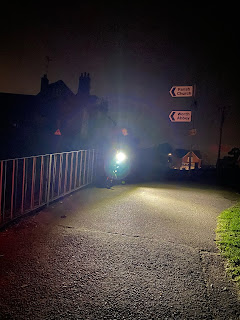 We reached the foot of Ditchling Beacon in near record time and made our ascent together and still in the dark. 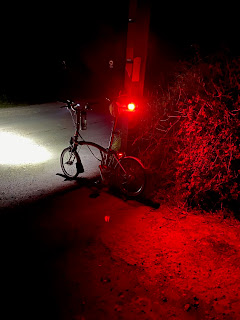 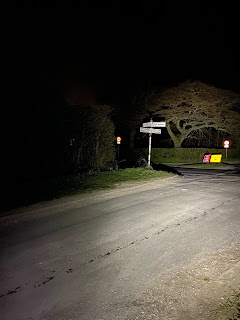 Ditchling Beacon is still quite the hill to ascend on your bike - perhaps more so on a Brompton - and despite having ridden up now more times that I remember, there is still a sense of achievement when eventually reaching the top.
With the Beacon tamed we headed into a rather quiet Brighton with very few souls about. Not stopping for photos this time we headed for the station where I boarded the train bound for Victoria. Dr John was sadly on a different train this time. 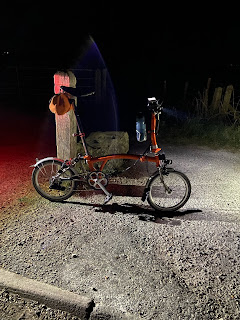 The train left on time and it was a very quick journey back to the big smoke. As for last time, there were few other passengers on the train and even Victoria seemed subdued.
As I cycled past Buckingham Palace there were a few people putting down flowers for the Duke of Edinburgh. I think is well known that he was a fan of the small wheels, having visited Brompton HQ a few times over the years.
Another great adventure and again my thanks to the ever brilliant company of Dr John. Our next ride will be next week with more participants. Hopefully Dr John will not get a rush of blood to the head and bring big wheels in favour of a Brompton!
Until then, stay safe out there people!! 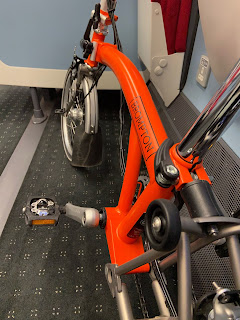